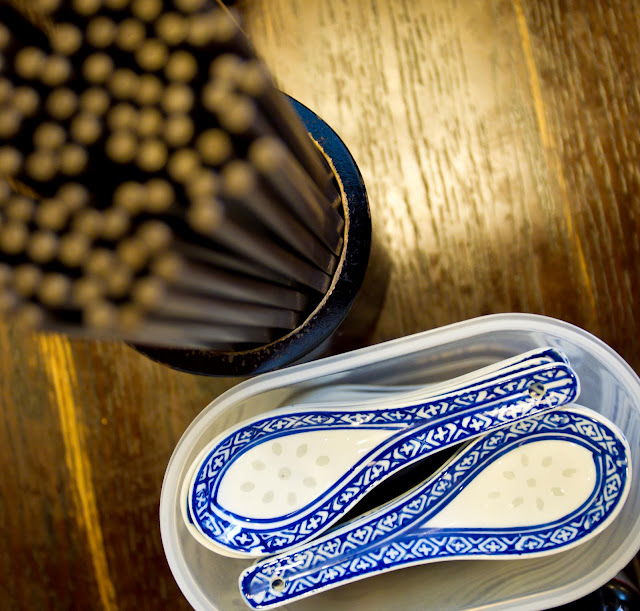 standard setting on every table of wooden chopsticks and ceramic spoons
by lookin at the above, u'll know wat's gonna be on the table

Tsim Chai Kee rides on the popularity of the super popular wonton noodle shop - Mak's noodle
coz there's just too many ppl at Mak's and the queue is unbearable
so being lazy customers u'll just hop over on the other side of the road for a quick fix
well u gotta fix a hungry stomach first rite?

Anyway this never happen to us :D
we are KIASU ppl so we'll alwiz visit a popular shop way off its peak hours
so it's either early for brunch by 11am or for tea at 3pm
*the peak hours are better spent shopping when everyone is bz stuffing their face with food ho ho ho* 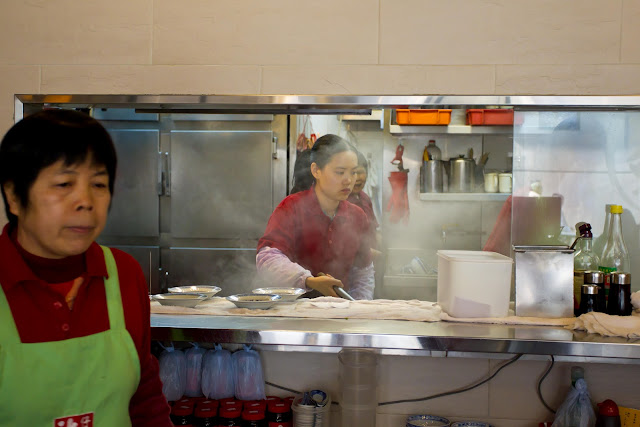 these days....most establishments in HK hired mainland chinese
similar to Malaysia hiring Cambodian, Laotian, Burmese, Bangladeshi
how come no Thais?? most of the Thais are working in Spore
just like the Filipinos, the remuneration is more attractive in Kiasu-Land 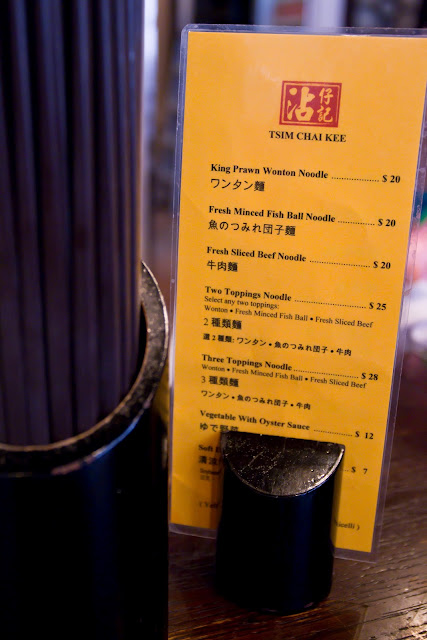 on its menu, there's more combos as compared to Mak's
*but Mak's has got more extensive menu*
and the prices are definitely way way way lower
but is it as good as Mak's??? 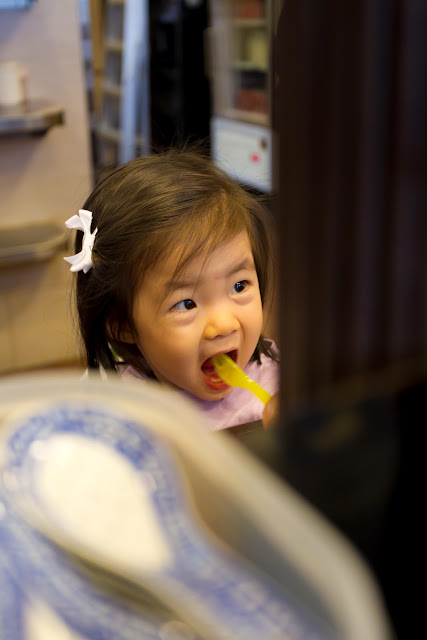 Baby K already took out her cutlery set
she's hungry~~~~~
she can really chomp on wonton noodles
so guess Baby K is just a carbo eater like her daddy
when she reaches her 12 years old birthday, prollie she can tell the difference between a grand cru vs premier vs village burgundy :P

I alwiz believe u have to start them young....in every aspect of life
:)))))))))))))))
if I ever have kids, they'll be put in express classes to identify lamb vs cow skins
and the different types of dyes used in leather
but most of all, to identify the stitching on any Chanel
REAL vs FAKE
hahahahhahha :P 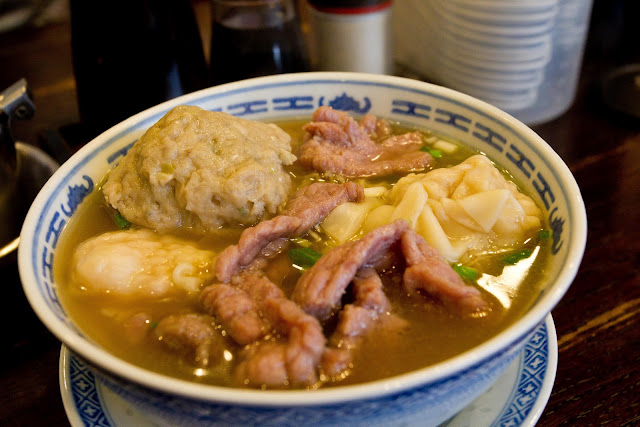 the men got Hungry........then angry.....and bcame greedy
so they ordered a lil bit of everything
wontons, sliced beef and fresh minced fish balls 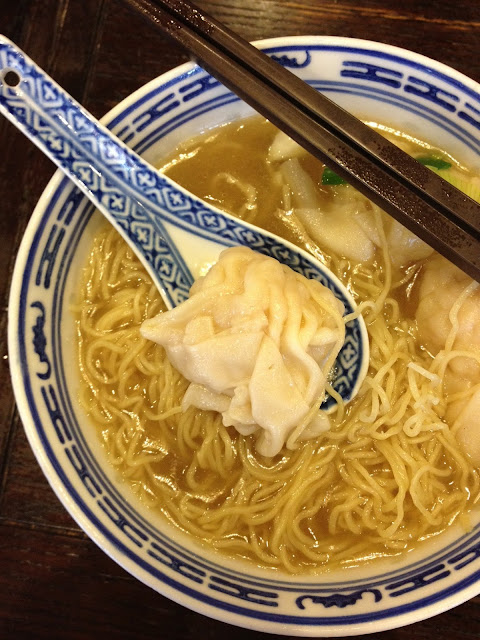 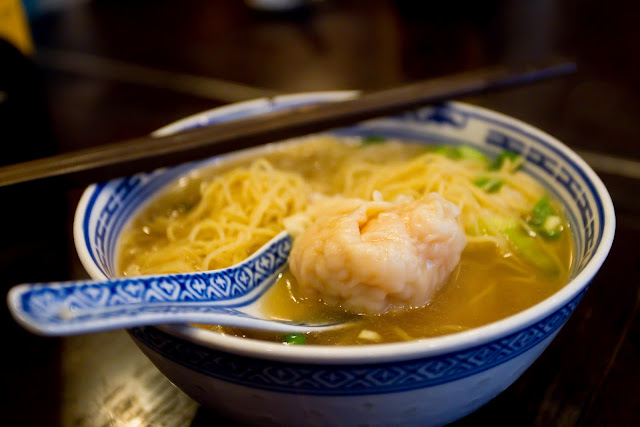 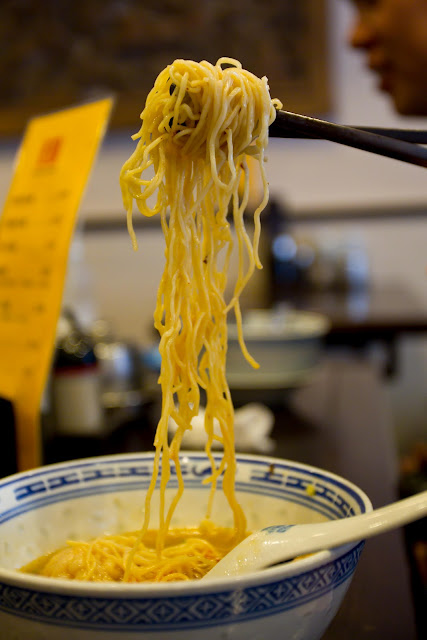 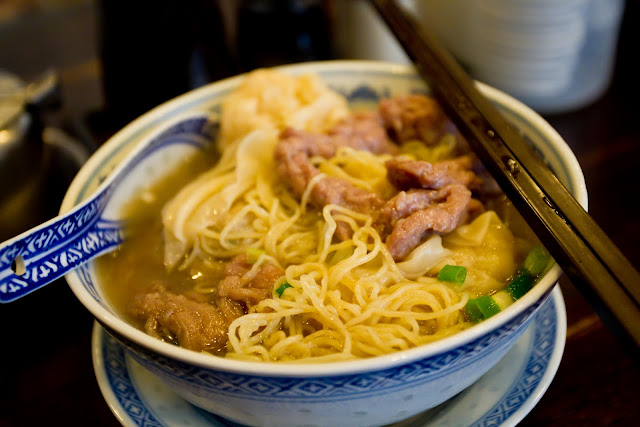 the noodles were not as crunchy and fine as Mak's
but on the up side, its broth were sweeter

only thing we didn't like about Hong Kong's noodles are its LYE water
it's very strong and u can taste it on the first bite
lye water are used to achieve the chewy texture of the noodles
also used in making chinese dumplings = zongzi
japanese ramen, century eggs, mooncakes, pretzels
do u noticed that u get that same taste/length/feel when consuming the above food??
I just dun like the after-taste

watch this space tmrw as I'll be bloggin bout Mak's Noodle
heeeeeeeeeeee
as per JS's prediction.....we hopped over to Mak's after this :P

Cherry: holy smoke! look at the size of that fish ball... @_@ and I m really envious on how you store away your food in yr petite frame.... :P

JS: absolutely love the first pic.. I stop to admire it for a while even though its chopstick & spoons... geng!

Txs food dream....sometimes it's the sudden inspiration for the moment :))

Food Dreams: I m trying to lose weight now before heading to Europe in 2 weeks time :P Wish me luck!!!