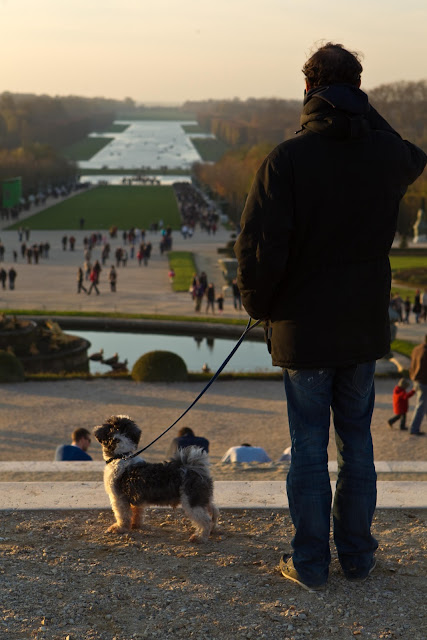 Man and his best friend were wondering....how are they gonna walk this 800 ha of land

due to aesthetic and also disease/overgrown reasons
the Garden of Versailles have gone through a few re-plantations
seriously I can't imagine the $$$$$ spent just on its garden alone..

guess during the French Revolution, the People must have been so mad
where the King and Queen were living lavishly while their People were suffering mad
however the People did not loot any items at all during the Revolution
amazing isn't it?
this will never ever happen in Malaysia!!!
*no...not the Revolution part, the looting part HAHAHAHAHAHA*

instead the People sold all the exquisite items and furniture in the palace
the $$$$ was later used to build more hospitals, schools....
there were so many items to be sold that the sale took a year to complete
hahahahahhahahahaha 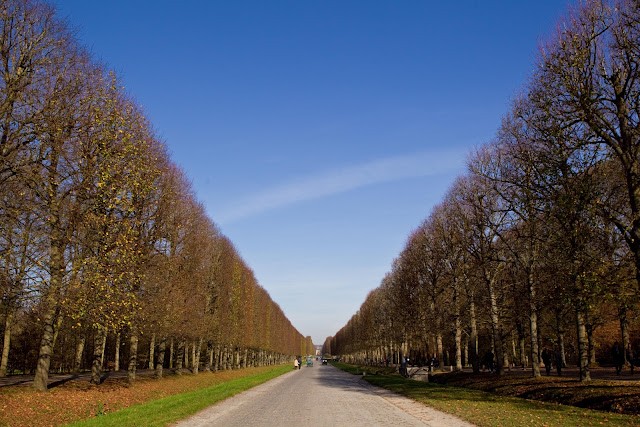 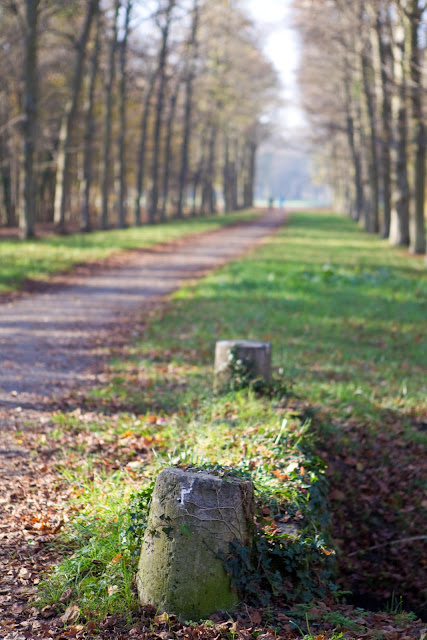 poor JS & me walking on our two tiny feet....
huffed and puffed again 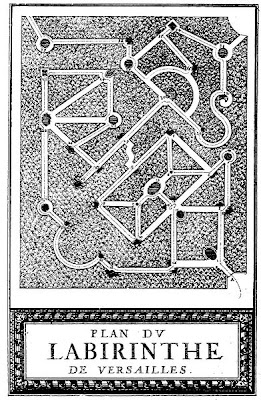 so many labyrinths in its garden
there's alwiz a prize at the end of the tunnel....
with beautiful sculptures and fountains
u'll never be disappointed
:)))))))))))))))))) 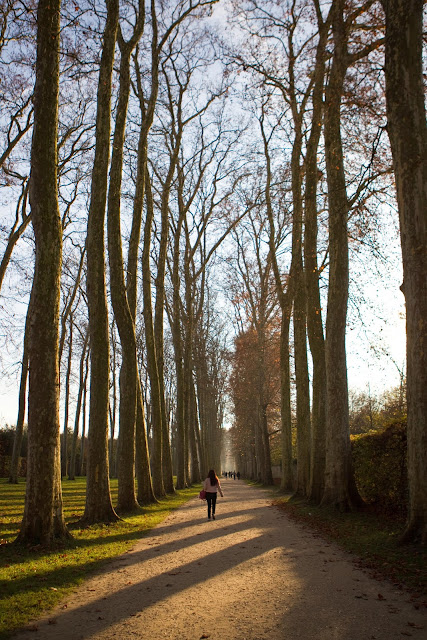 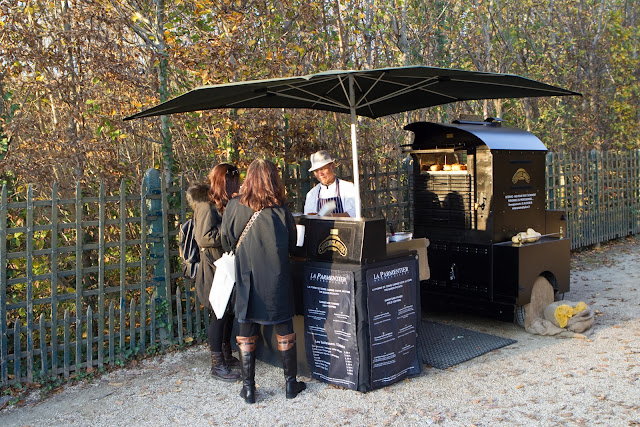 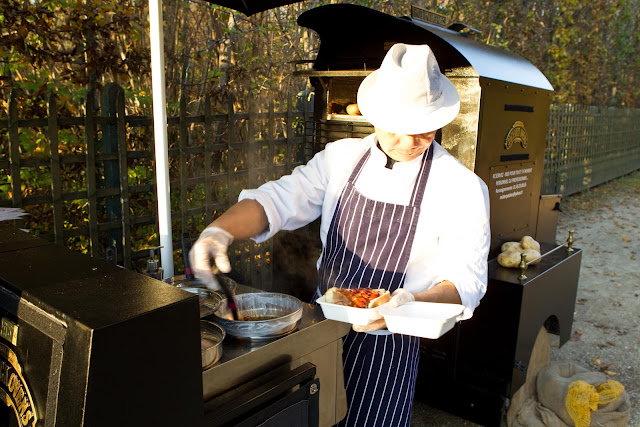 there's plenty of toppings u can choose from
melted cheese, sour cream, crispy bacon, curry, or just plain with loads of butter

what amazed me was this potato vendor...
he can speak Cantonese, Mandarin, Japanese, French, Italian and Spanish 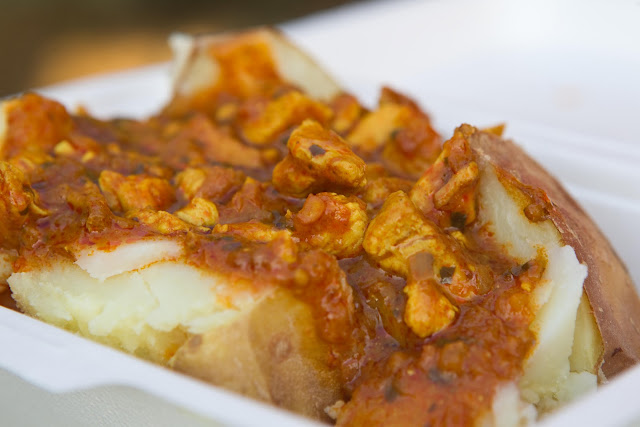 I couldn't resist chicken curry toppings
it was sooooo goood!!!!!!!!!!!!!!
the taste was very authentic northern Indian curry with loads of spices 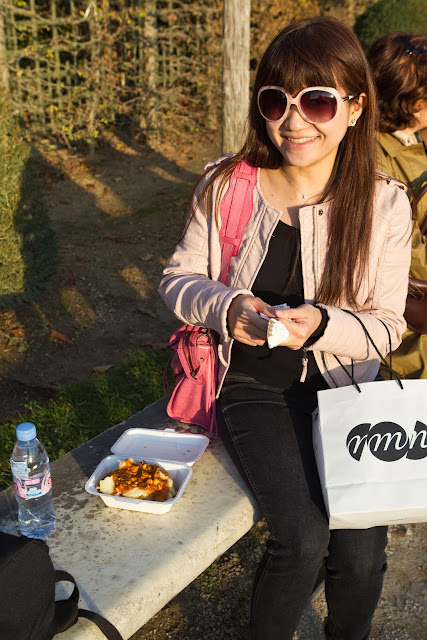 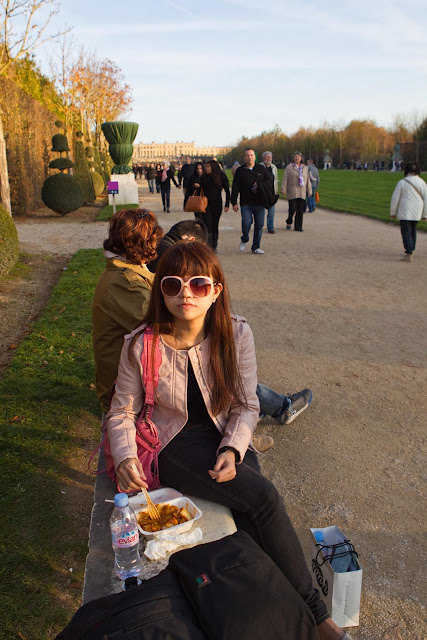 JS can't stand me....eating whenever opportunity arises
even if it means eating in public like this

in the end, guess who stole all my crispy potato skin?
T_T
I was famish....u shouldn't steal food from someone who's famish and hungry 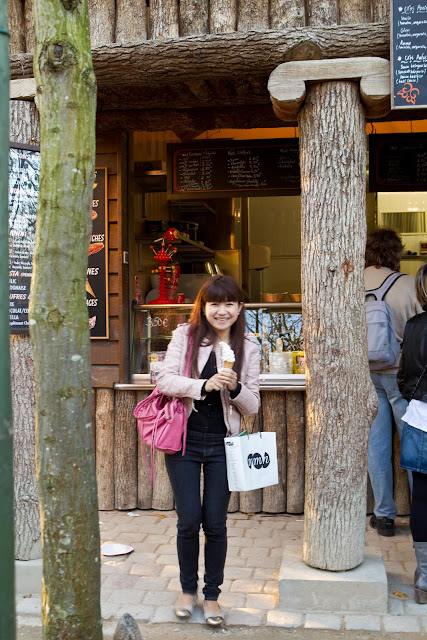 then my amazing hard working nose brought my elsewhere along the labyrinth
DESSERTS!!!!!!!!!
JS came out fr the public toilet....saw me....and gave me that typical look
-_-"
he stood there momentarily for a few seconds while all I could do was gave him my sweetest grin
tee hee hee.....dun like that lar~~~~~it was as though I was caught red handed doing something forbidden :P 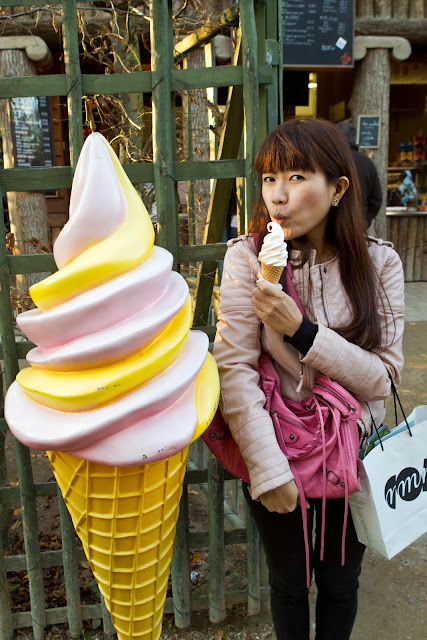 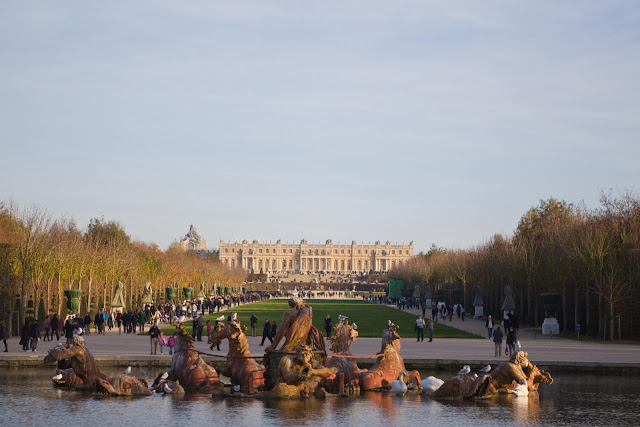 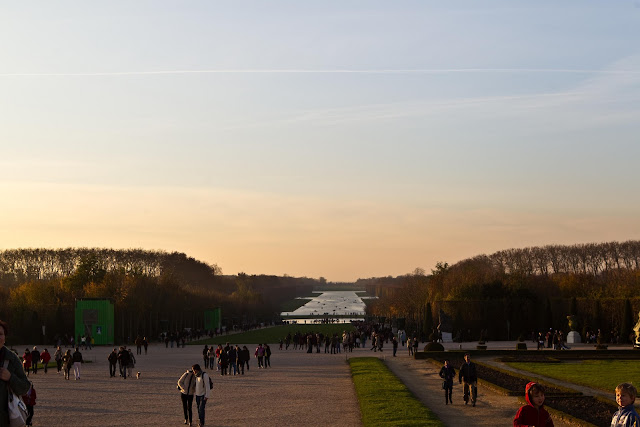 I seriously cannot believe my own eyes that they served baked potato with curry chicken in France right smack in the middle of the beautiful Garden of Versailles! @_@

Hahaha me too...will never resist comfort food like this wuahahahaha...

the potatoes were soft and fluffy on the inside...while the skin was very very crispy. I dunno which potato they used.