Such a spectacular sunset
everyday without fail in Phuket, we'll catch the sunset together
plus the tripod and the camera
hahahahahahhaahhaha 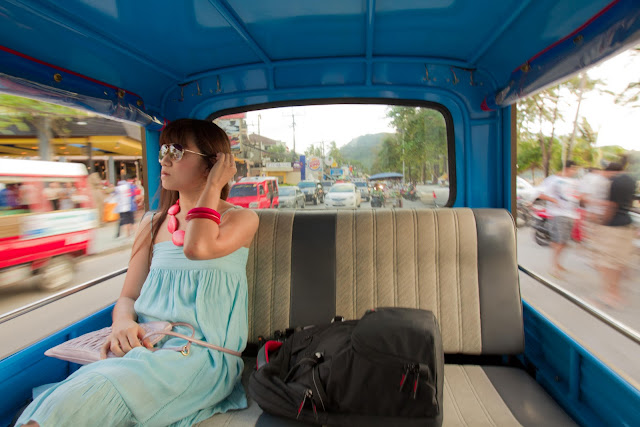 wooooottt wooootttttttt the Tuk Tuk was fast huh?
my hair was blowing everywhere on my face I had to hold em in place


the Sun sets at about 6.25pm in Phuket
so in order to get the right spot for photography we need to be there early
sometimes as early as one hour to get the right white balance, angle, create a storyboard for the picture
hmmmm almost sounds like my usual photoshoot session for magazines


and this man will walk up and down along the beach
with another tiny human being, in her lolly dress or swimwear taggin along
and if your eye sight is so good, u might even catch a lil elephant with them
:P
but most of the time the two tiny tots are lazy beings so they'll end up sitting on the beach or lying around...worse lay their bum bum on sharp rocks

After all the *almost* award winning pictures,
we headed to the Award Winning Restaurant - Baan Rim Pa
that sits on this huge cliff and rock at the end of Patong Beach


Baan Rim Pa is the No.1 restaurant in Phuket
and the top few in the whole of Thailand
having made it to the Miele Top 20 in Asia rating in 2008/2009
also numerous awards from Wine Spectator to recipient for Hospitality Asia Platinum Awards


hmmm their award is almost as long as the wine list heheheheh
yes they do serve wines here but think let's skip that for Thai food kay? 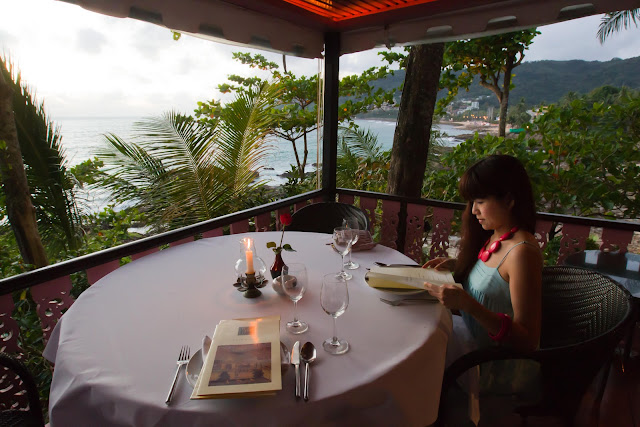 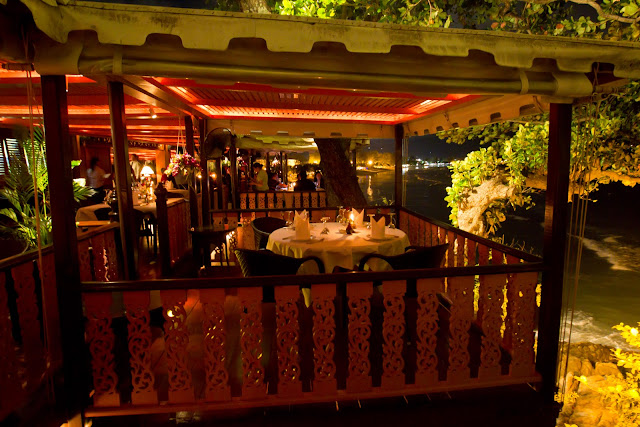 We booked early and specifically requested for this table by the cliff
that commands a spectator view
so do come early and watch the sun set :))))) 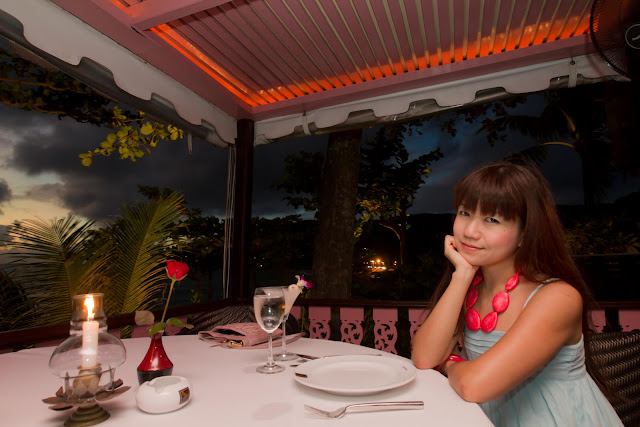 The sunset from here is as beautiful as from the beach :))))
Baan Rim Pa serves Royal Thai Cuisine
so everything is really fine and meticulously prepared


hmmm I just noticed fr the pic, my nose and arms were the most tanned part of my body throughout the trip 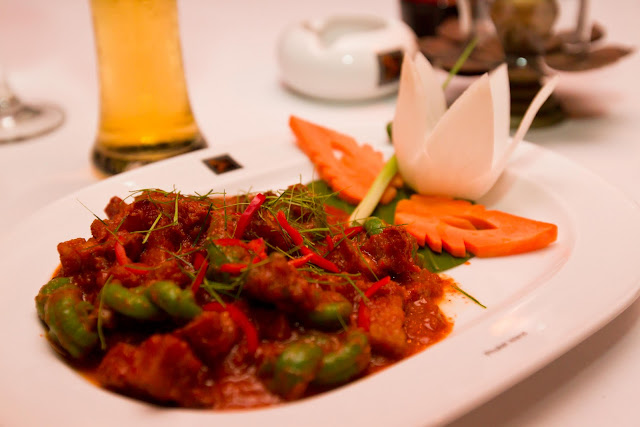 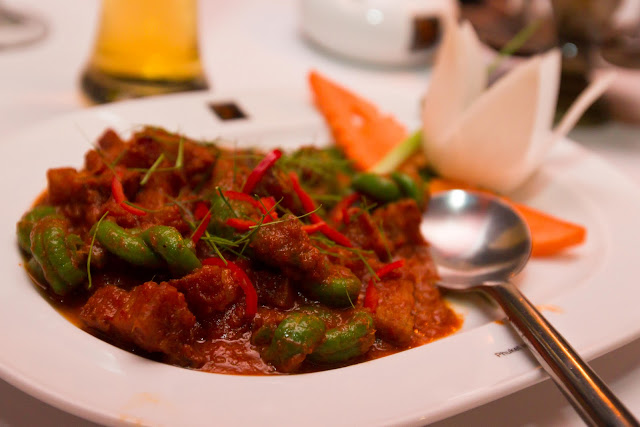 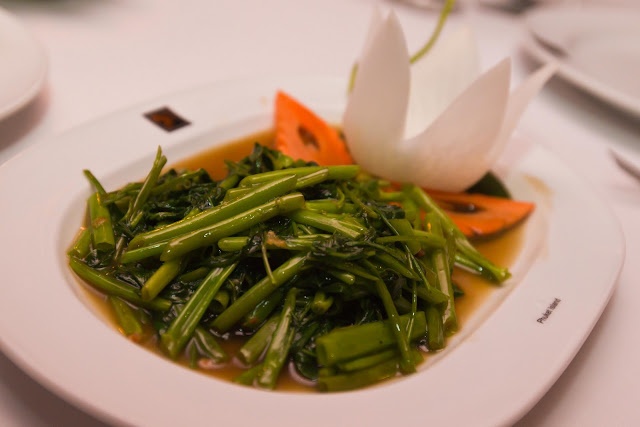 hahahahahah we had so much of morning glory leaves in Phuket
every single meal!!!!! 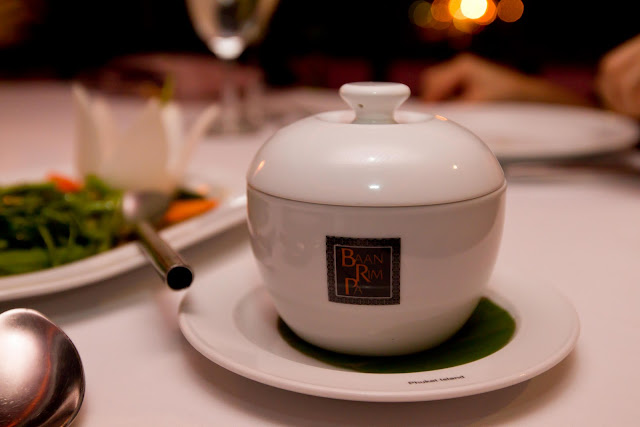 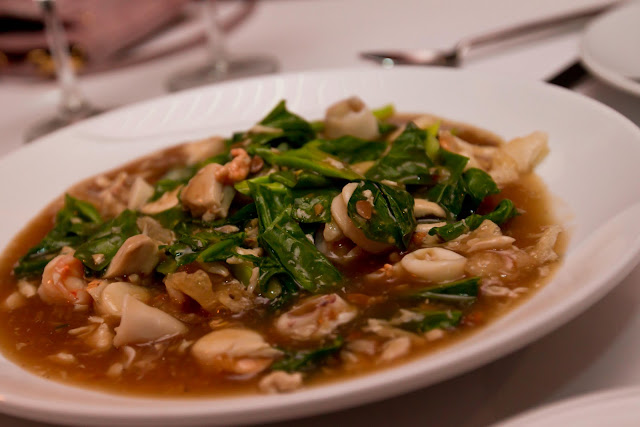 
so when u bite into the kuey teow it has a crispy outer shell and a chewy silky noodle bits
really AWESOME!!!!! 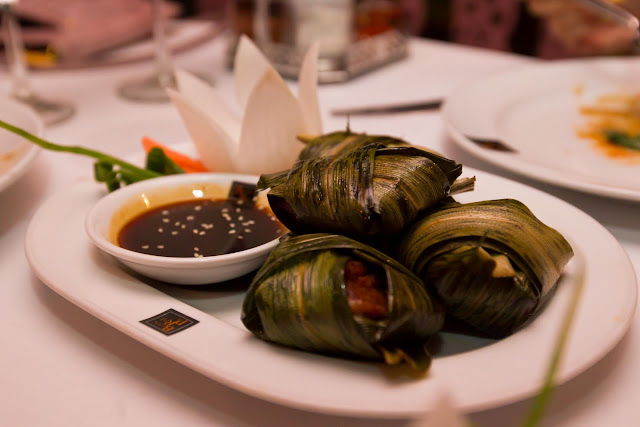 Honey Chicken in pandanus leaves served with a special dipping sauce
this was rather a disappointment
I am still looking for the ultimate pandanus chicken in Thailand!!!!! 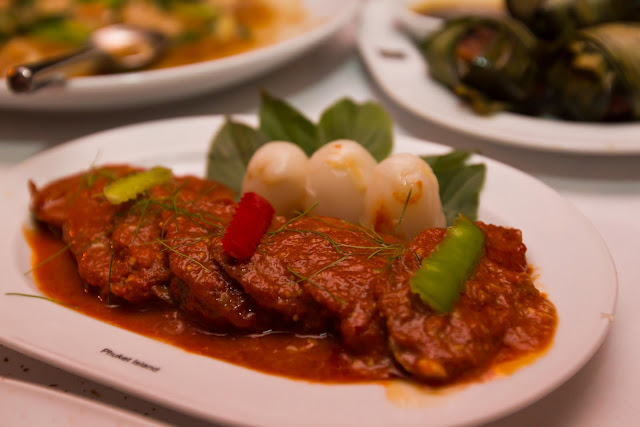 Duck with creamy curry and lychees
this dish was also really yummy
*yes JS ordered and ate this dish.....duck...quack quack* 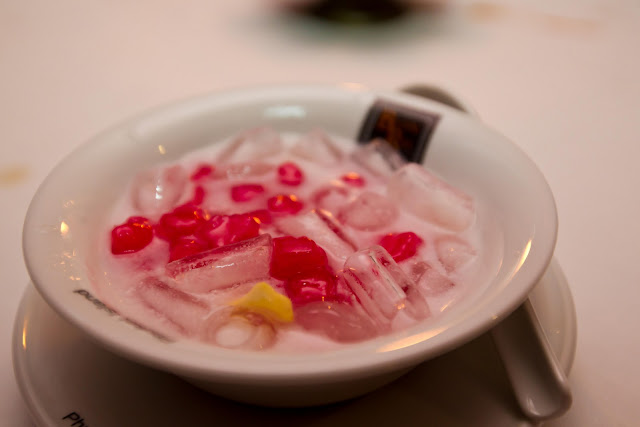 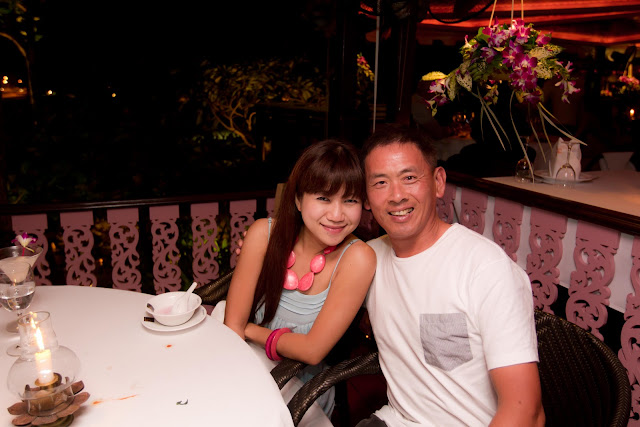 after a yummy beautiful romantic dinner
we are Happy Boy and Happy Gal!!!!!


There was also a live pianist right at the back of us
forgot to snap pic :P 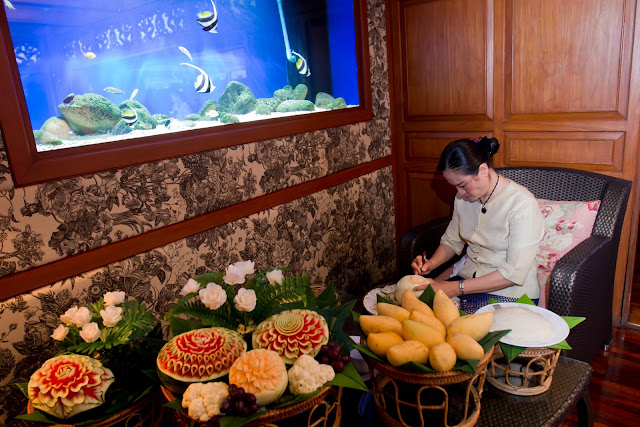 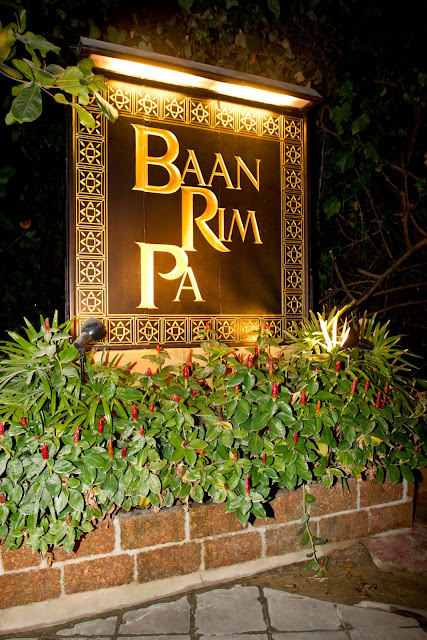 This place is definitely very expensive by Thai standard
it is like an additional zero at the back of your bill for the same kind of food
but I guess u r paying for the great service, Amazing View and fine Thai Food
yes u'll only see tourists at this restaurants,
no locals :P
Baan Rim Pa
223 Prabaramee Road,
Patong Beach, Phuket.
Tel: +66 076 340 789
www.baanrimpa.com
Glossed by CHER-RY at 8:15 AM

Txs food dreams.....photography is my other passion :))