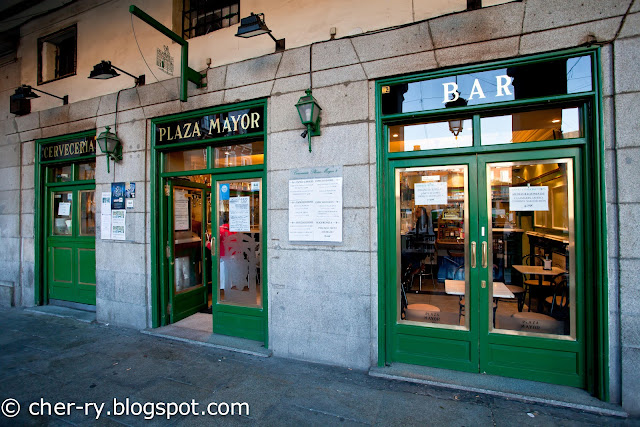 Cerveceria is a quaint lil cafe, bar restaurant by the famous Plaza Mayor
We were looking for coffee and decided to settle down at this bar which never seems to close coz the nite before, it was jam packed with ppl drinking till late nite or should I saw till early in the morning?

Spaniards do partay hard.....bcoz every Sunday morning when I walk down to the market, I see them kissing their friends goodbye and "goodnite" as they part ways by the metros after a helluva nite partying :))))) 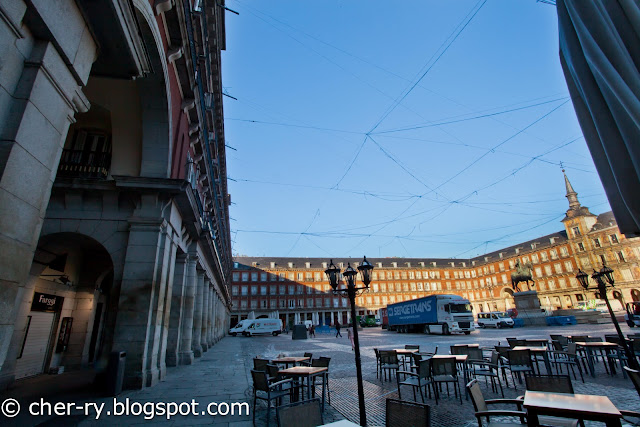 The famous Plaza Mayor, built in 1617 during the Habsburg period
bronze statue of King Philip III on a horsie was perched in the center of the plaza

now that we have visited Austria a few months ago, we further appreciate all the constructions, architecture and culture of the Austrians. The mighty Austrians or Habsburg monarchy ruled Europe *except France* for a few hundred years. Let's not dwell deeper or we will be lost in this simple posting about our breakfast in Madrid...hahahahaha 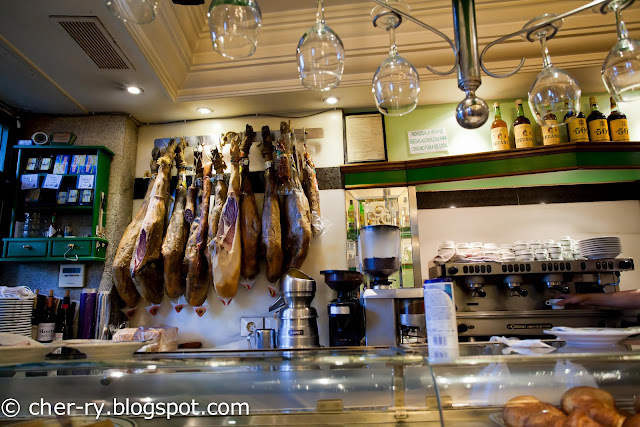 well, what do u expect to see at any cafe/bar/restaurant in Spain??
Legs of cured ham
hehehehehehehe
with its fats and oil dripping down into a lil triangle container at the bottom 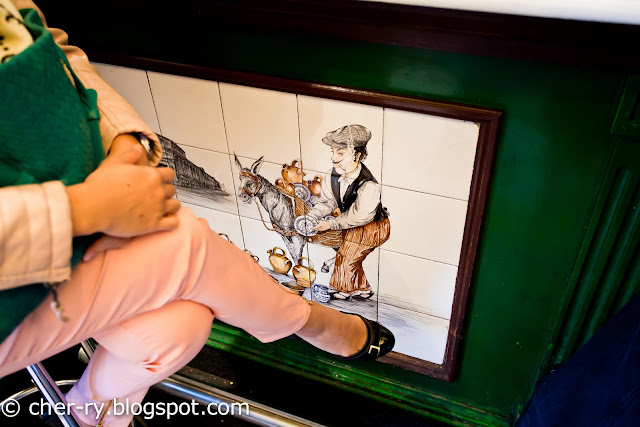 I didn't have much history of this cafe
the staffs doesn't speak a word of english despite it being in the middle of a tourist attraction, so since he spoke spanish and me english.....I couldn't ask him for more information.
However I really like its quaint tiles everywhere around its bar 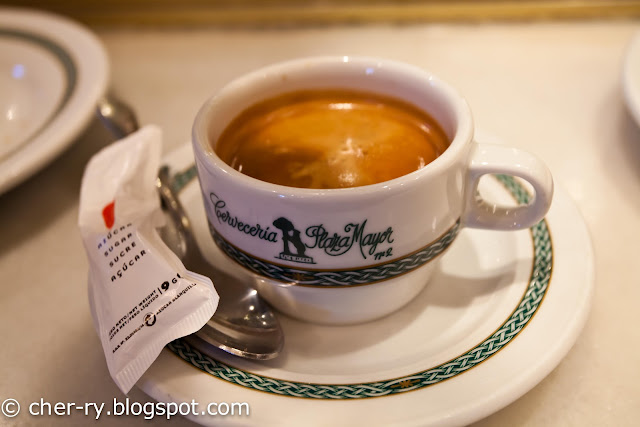 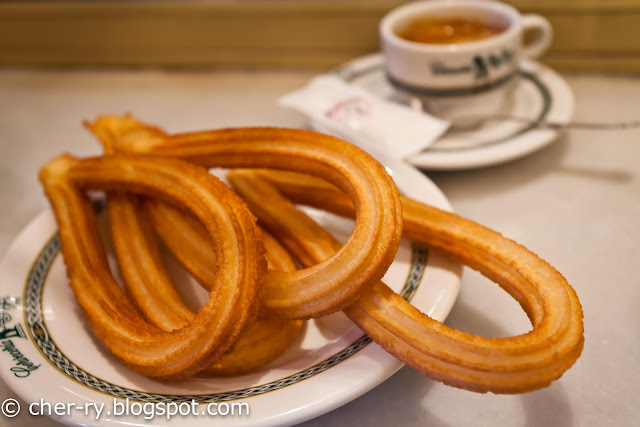 CHURROS!!!!!!!!
the best churros are found in Spain *of coz*
I've tried churros everywhere round the world from Australia to Hong Kong but nothing beats the original one from Spain :)))

yeah I know, Churros and hot chocolate...but we will die without coffee early in the morning to wake us up. :P It has got a crispy crunchy texture on the outside but in the inside, it's chewy and soft with an airy middle to absorb your hot chocolate. 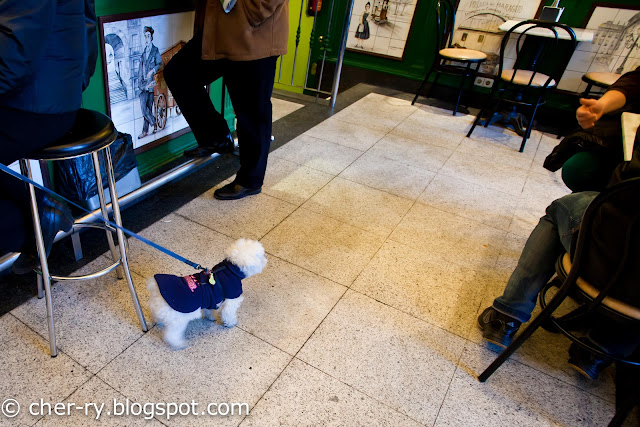 it's so yummy even the doggie wants some!!!! 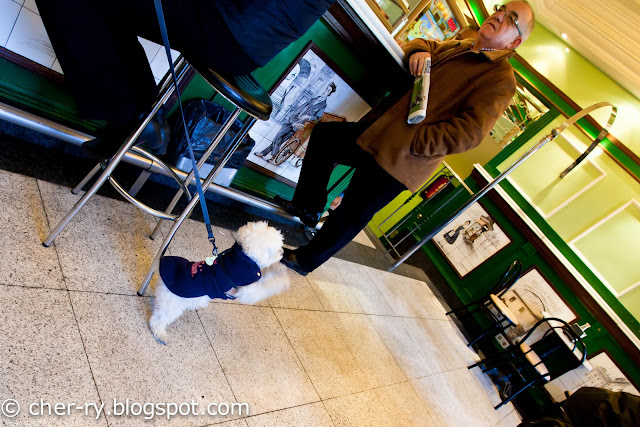 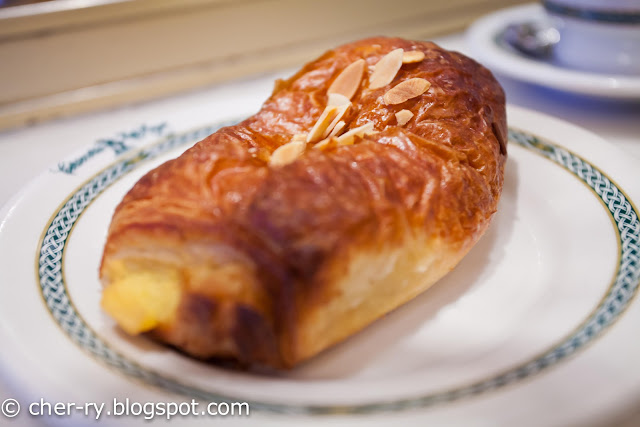 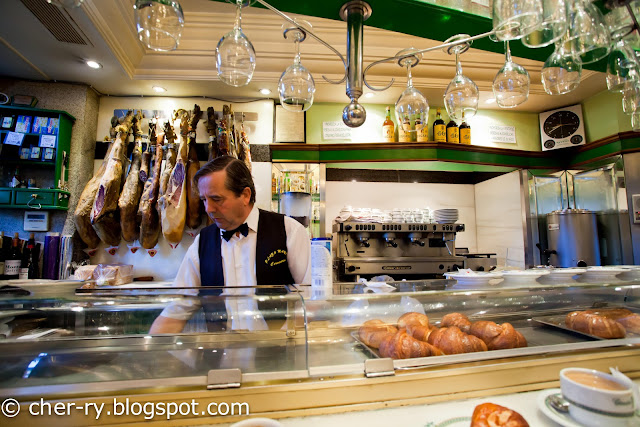 the waiter was bz loading more pastry unto the display...
this spells danger bcoz Dinos the Great couldn't stop ordering
-_-
remember our mission was only coffee + churros 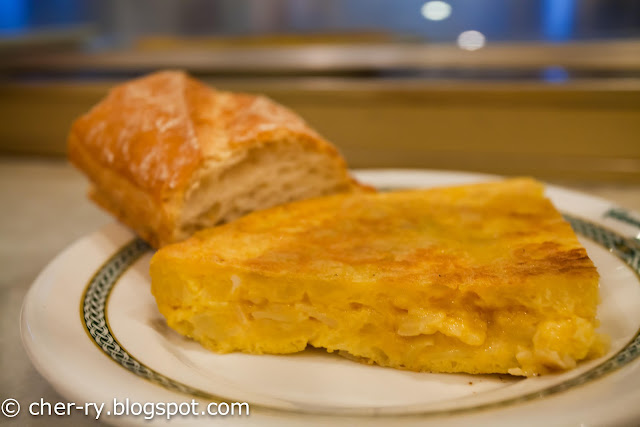 Spanish potato frittata
it got its yellowish color from the eggs 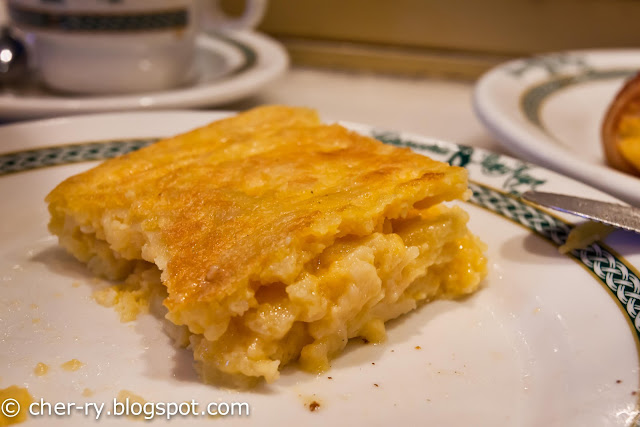 soft on the inside but then I dun really like it
bcoz I'm not a potato person....well again it depends of what kind of potatoes :P 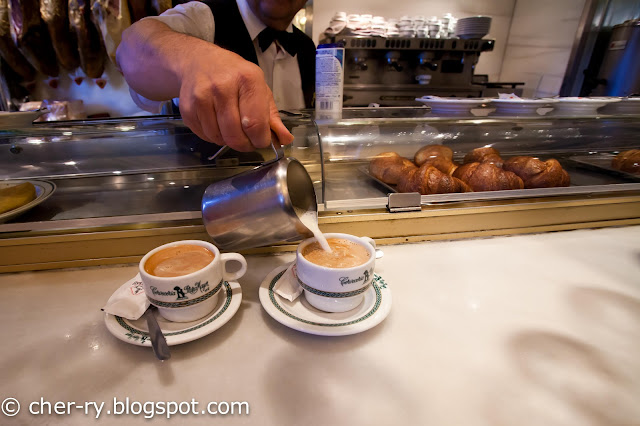 Since we have more food, we gotta fill up our coffees :))))))
Monkey only know how to order 2 types of coffee
Cafe solo - espresso
Cafe con leche - coffee with milk

here in Spain, all establishments including those at the train station serve u top notch coffee and fresh milk. Please don't bother asking for low fat milk ok? they topped the hot milk at the last minute. 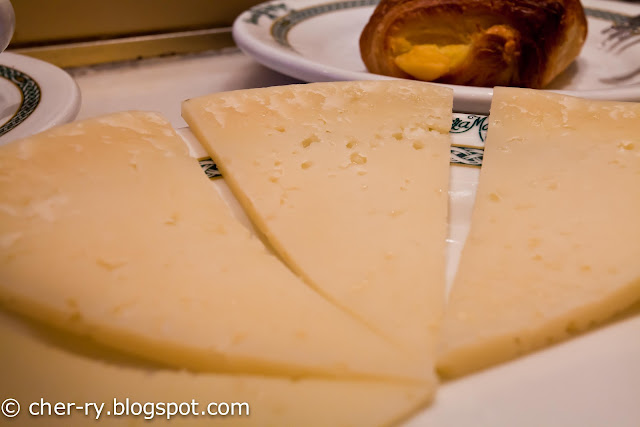 after the coffees have been filled up, dearie Dinos the Great ordered more food - cheese
it's not any cheese but a special local cheese
Manchego, a type of aged sheep cheese with its own DO = Denominacion de Origen
just like classification of wines, olive oil etc
Usually a Manchego is aged as minimum as 60 days up to 2 years.
I lurve my cheese :))))))))) 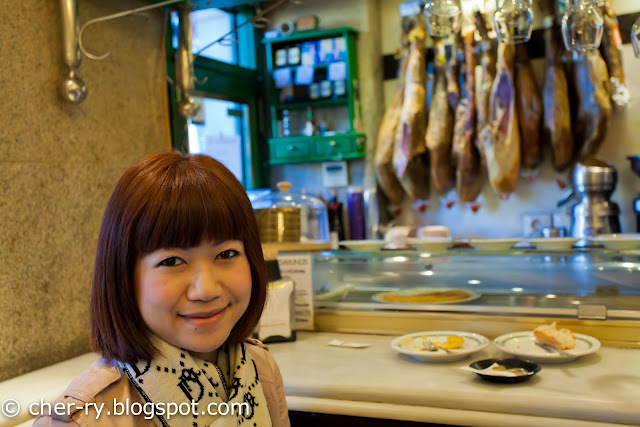 yup the face oso bcame round like a wheel of cheese :P 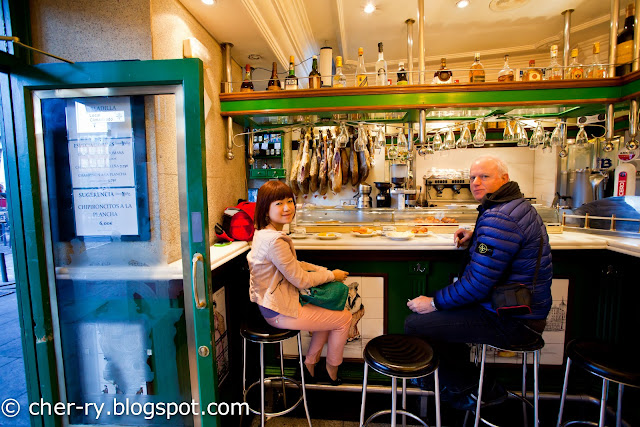 Monkey & Dinos the Great
both Fat and Round like wheel of cheese :P
yup I gained 3 kg from this trip, don't know when will it be gone bcoz another trip awaiting this weekend :)))))))))

Dear Santa,
I wish to eat and not be able to gain weight :P
hehehhehehe but then that's such a horrible thing
I shall not wish anything but to be healthy alwiz :)))))))

oo.. the churros sure looked awesome...but I still prefer with hot chocolate :P

I had Manchego once... love it for its strong flavors...

Okay...I oso wish to be healthy healthy...But at the same time I also wish I can eat alot and don't gain much weight... :-p