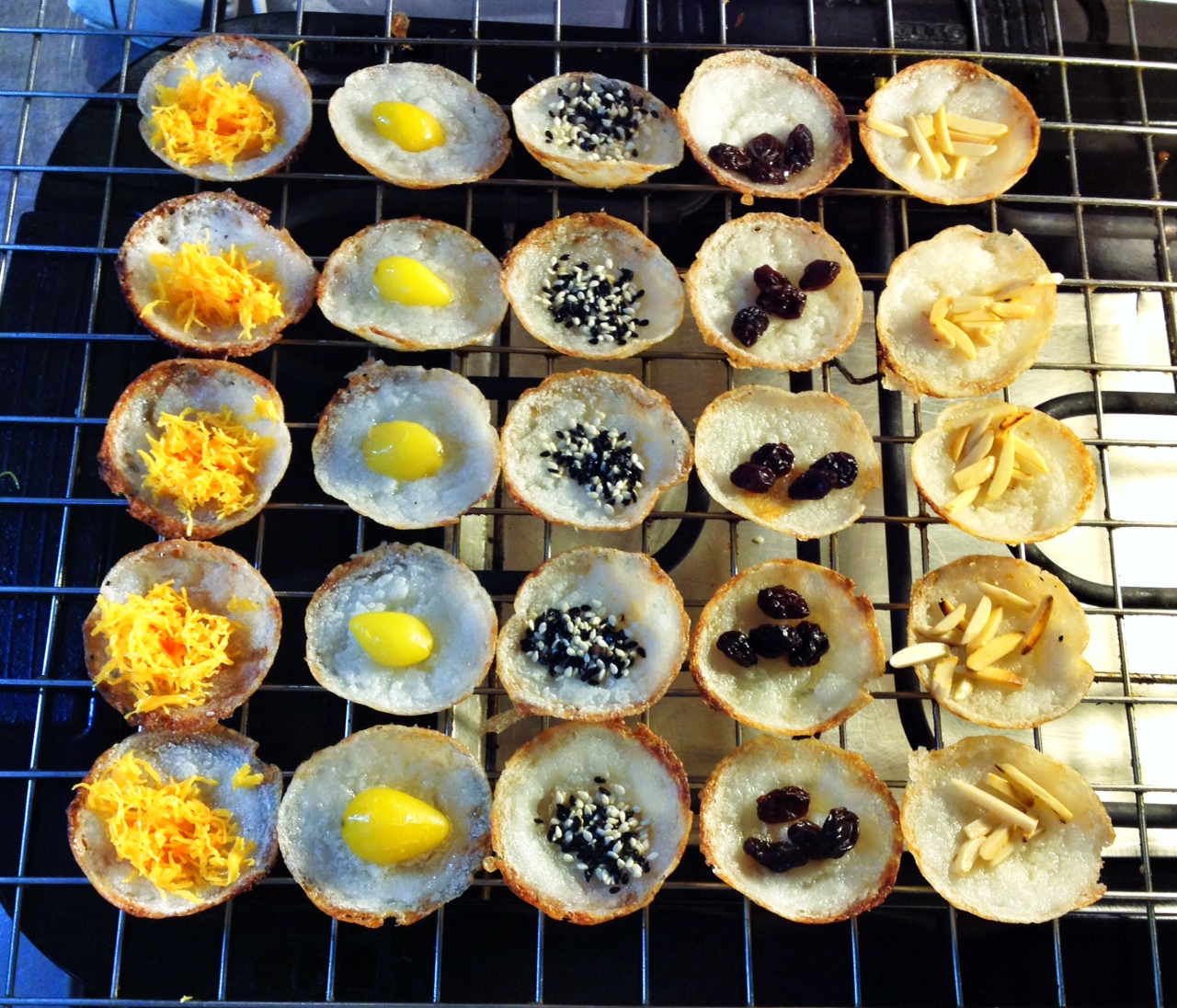 Kanom Krog with toppings of ur choice :)))) my breakfast :))))) Crispy on the base and creamie in the middle.

We touched down last nite to a hot humid KL, stomach as round as a hippo, HAHAHAHAHA. Why are u not surprised right? It was a FOOD SUICIDE trip whenever it comes to Bangkok, the city of Angels. Yes that's wat the Thai call their city.....Krungtep Mahanakorn, the city of Angels.

In fact in many Thai songs u will hear the word Gor Tor Mor. It's an abbreviation for GTM.
GTM = Grung Tep Mahanakorn
thai usually pronounce their alphabet this way...with an OR at the back.
Example Or Tor Kor market is actually OTK market :))))


Congratulations to the name of their city for it made it to the book of Guinness World Records for the longest name of a place..

NO. I didn't simply type and made the above up. It was copied and pasted from Wikipedia

phew....and it translates to:
City of angels, great city of immortals, magnificent city of the 9 gems, seat of the king, city of royal palaces, home of gods incarnate, erected by Visvakarman at Indra's behest 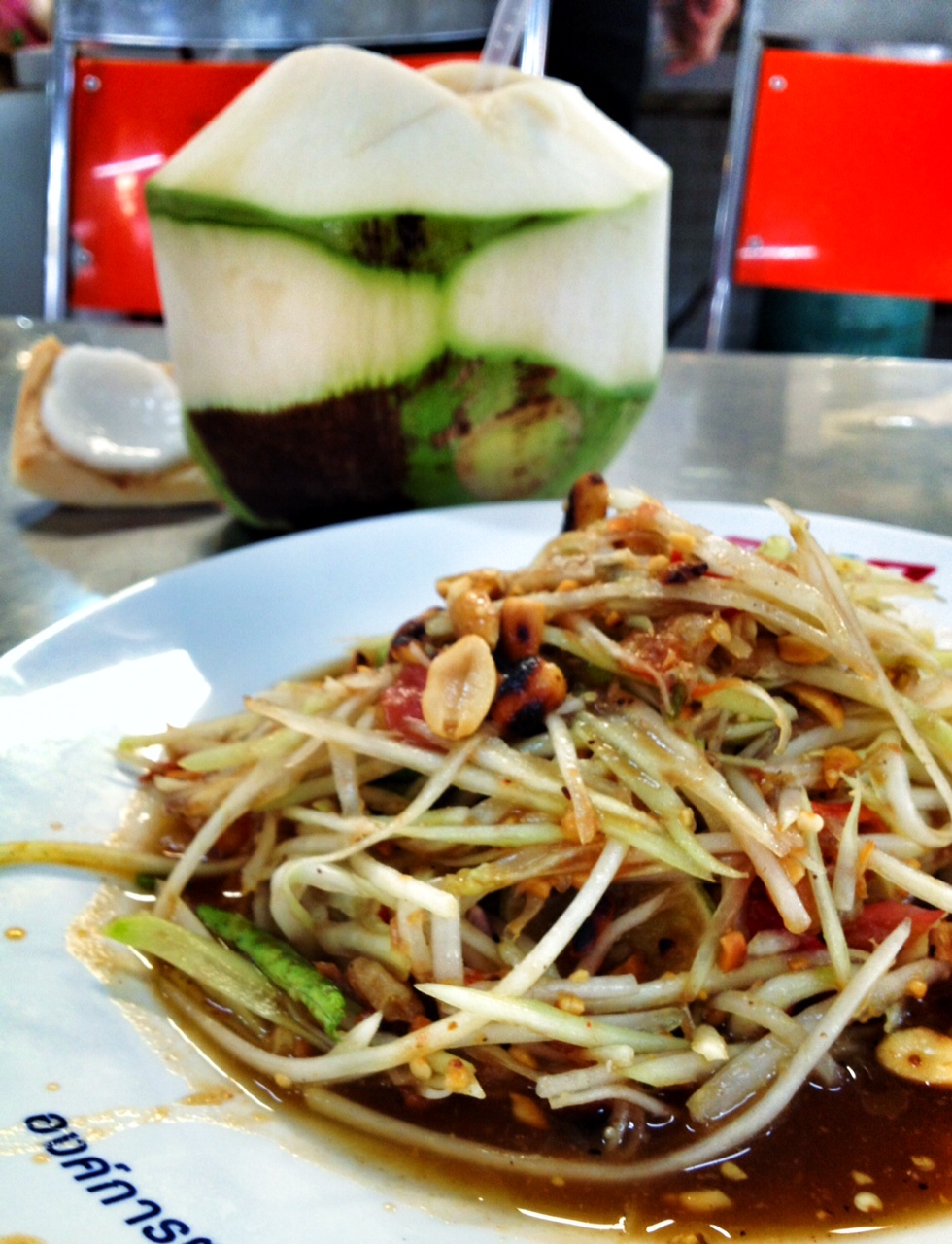 Spicy can die Som Tum for lunch, Papaya Salad from Or Tor Kor Market
will blog about this clean market another day. 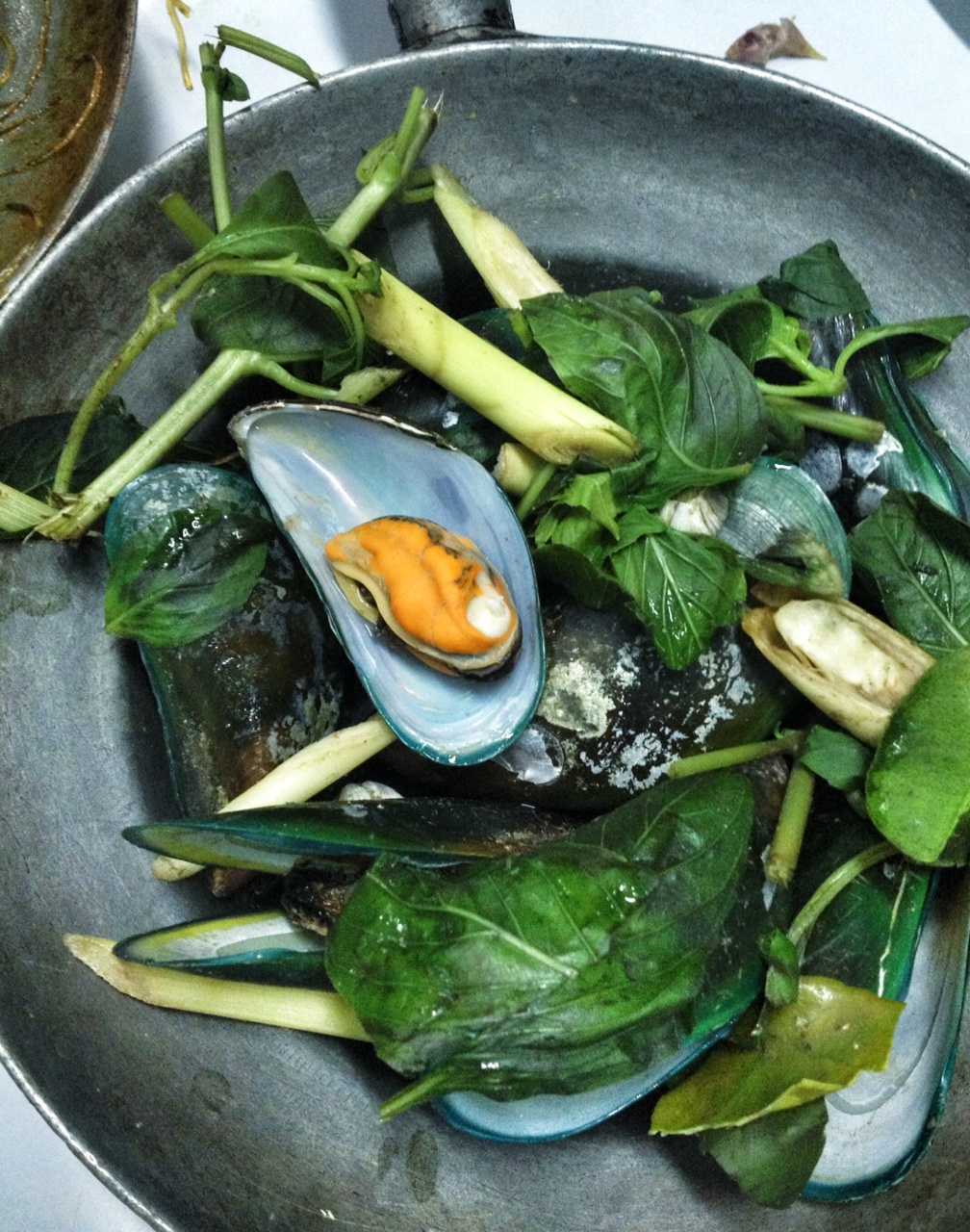 Dinner of steamed Thai mussels with lemon grass and basils
and nope, our meals didn't stop at dinners only... 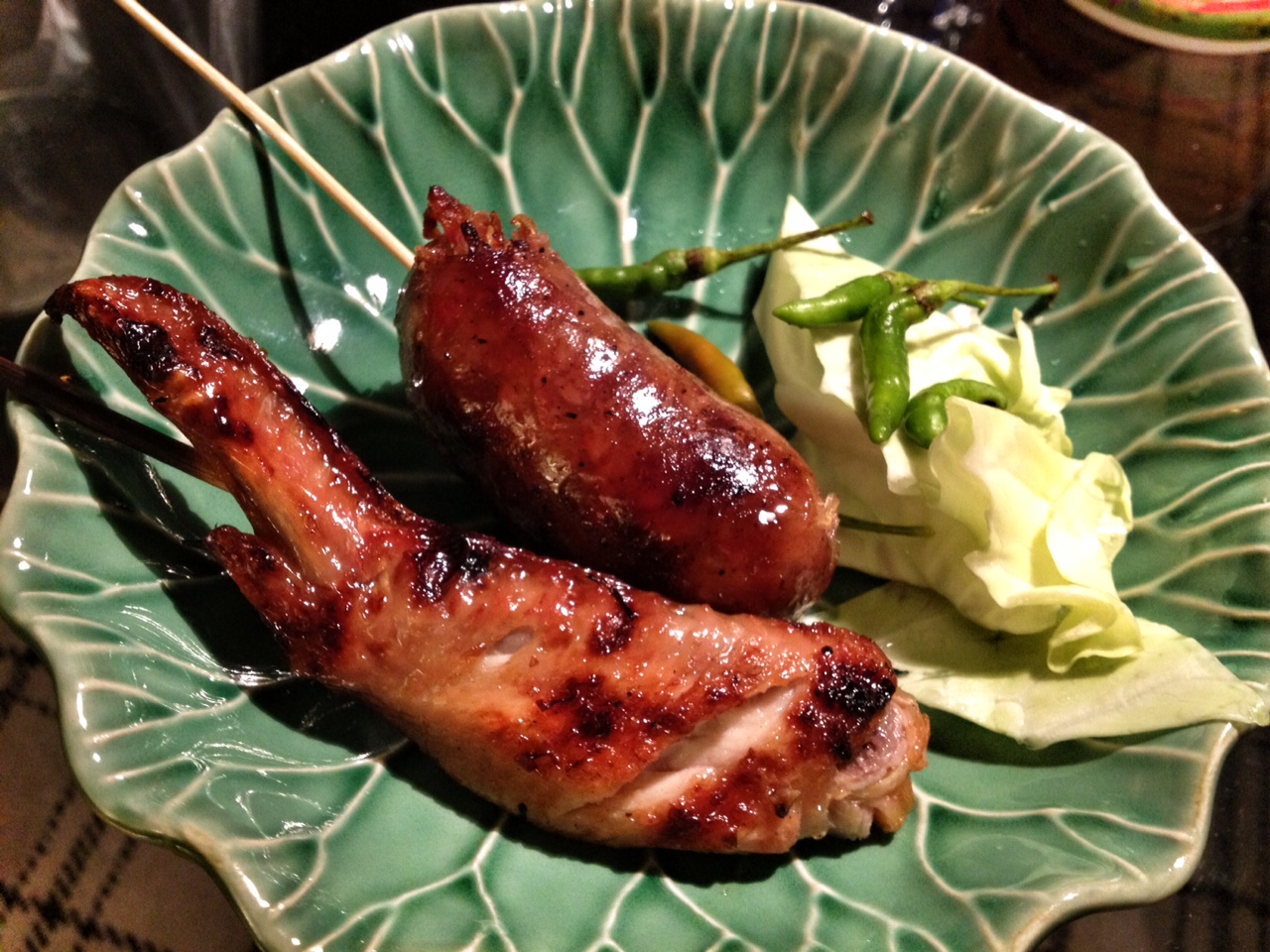 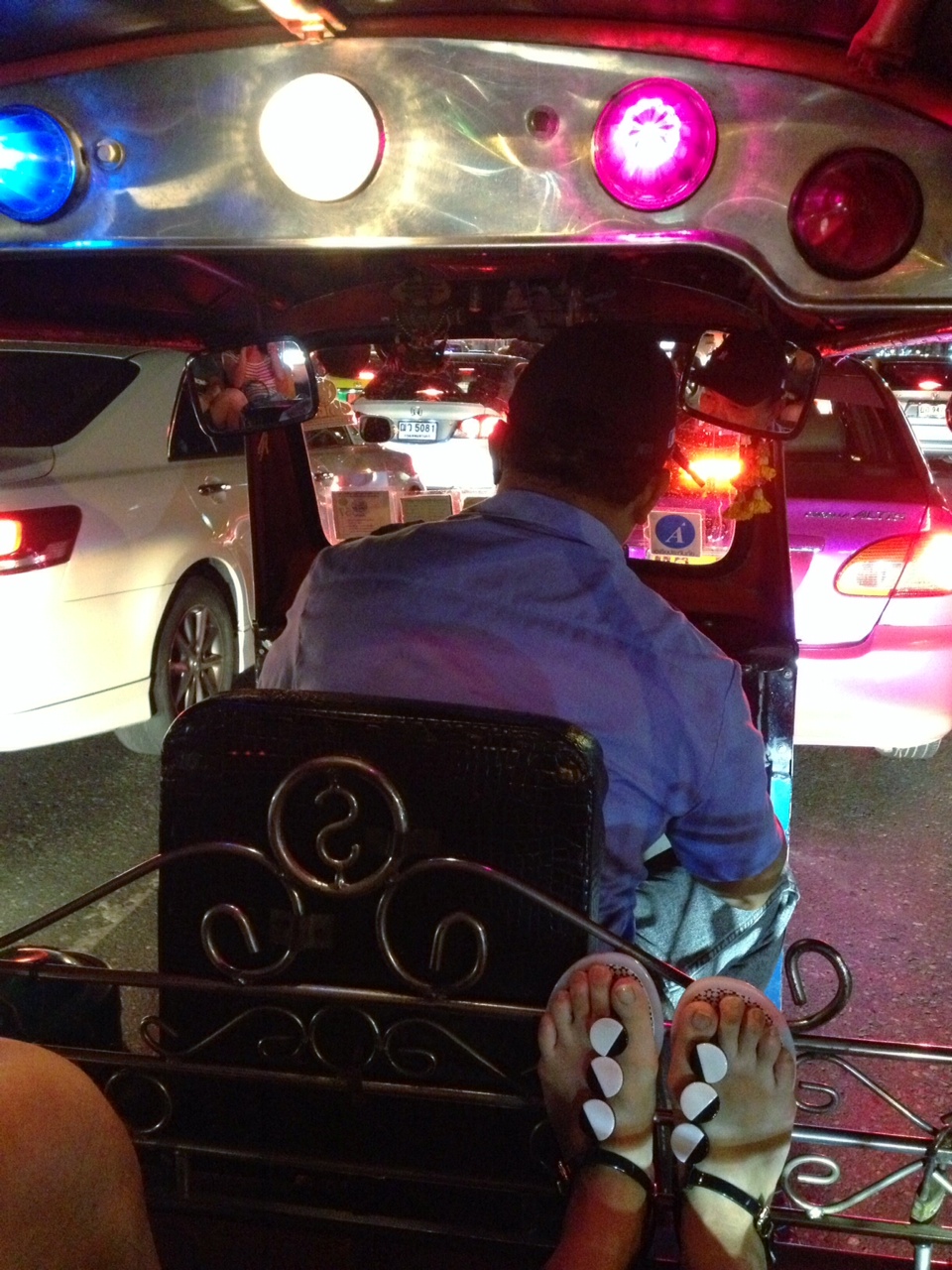 the most efficient and fastest mode of transport in a city that's perpetually in a traffic jam. Hahahaha. I lurve my Furla rubber/plastic sandal. So comfy and good to go around a city like this. 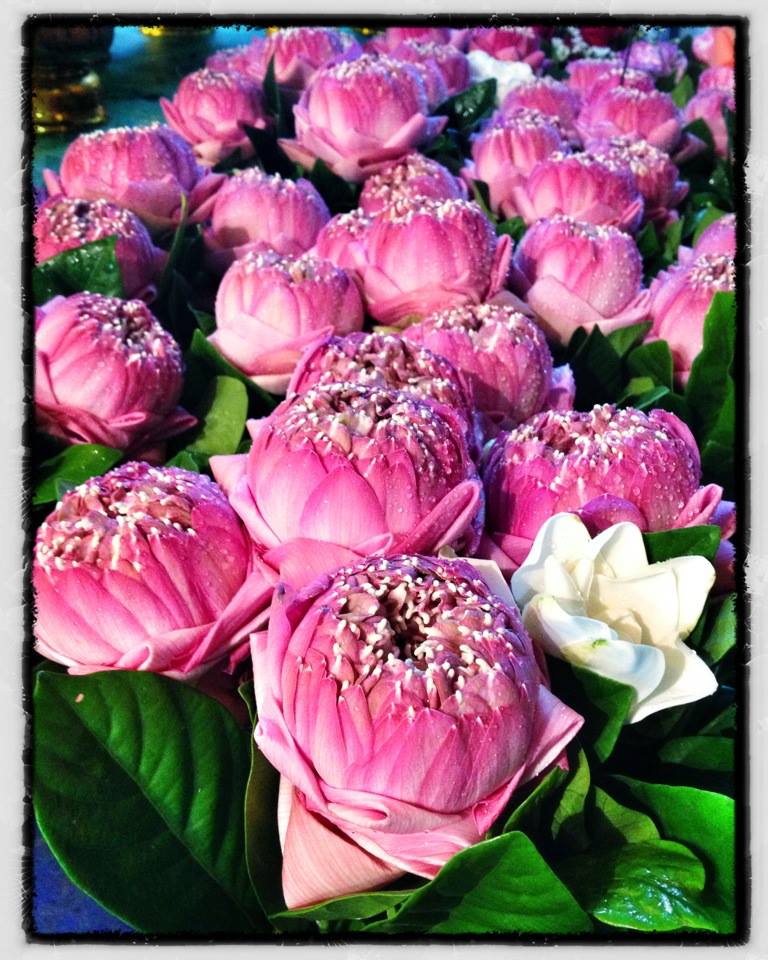 Beautiful water lilies
so u've saw wat Monkey ate...this was wat Monkey saw...the largest Flower Market in Thailand.
I was amazed at the size of this trade. Will be posted soon....soon...akan datang...too many things to blog...GAH!!!! 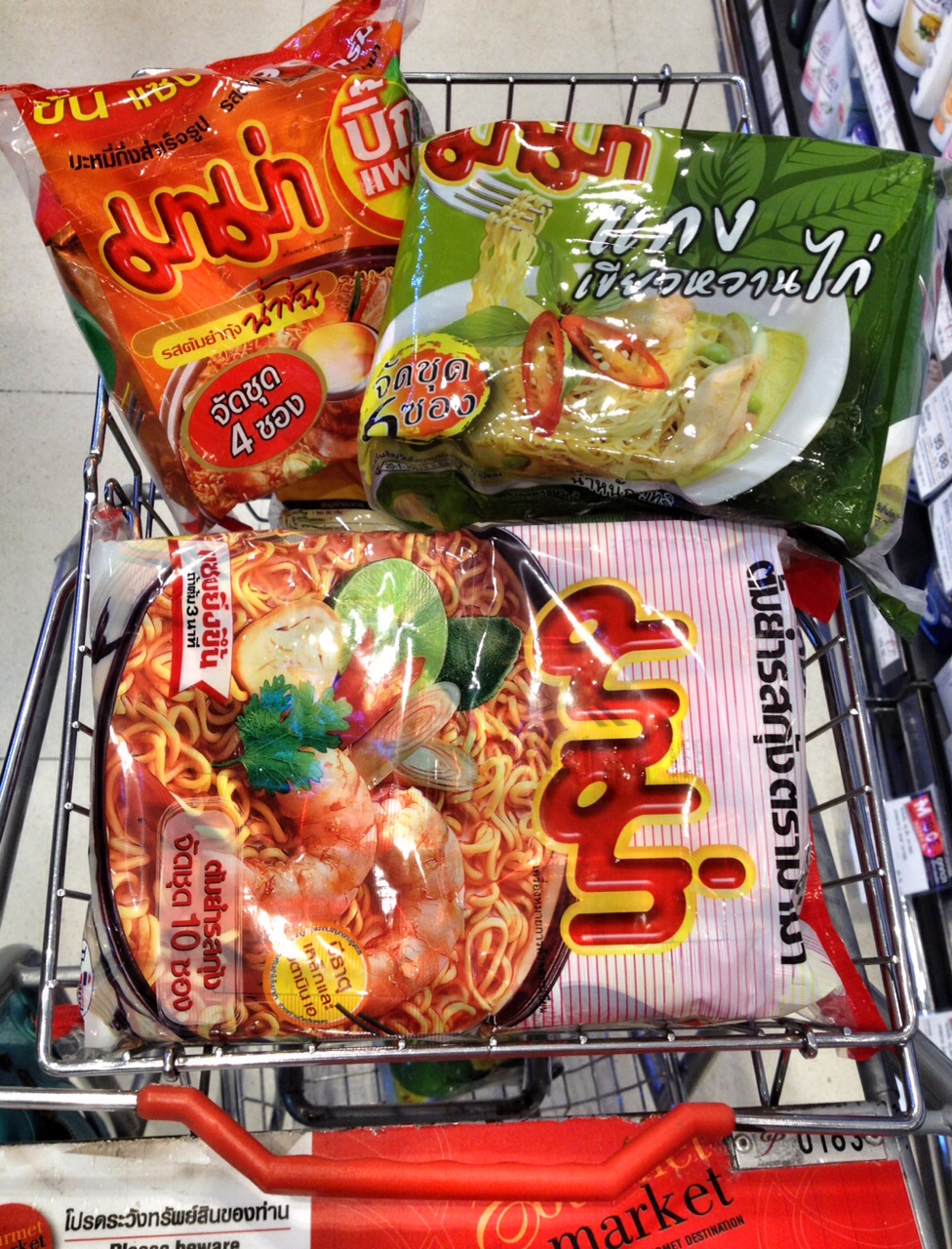 and wat Monkey bought....wahh banyak lor....these are just those few items.
LOL Thai instand noodles in different flavours.
It has to be this brand - MAMA

in Msia they only sell the tom yum flavours but in small size packs. Over there they have BIG PACK!!! as in each pack is of a larger portions. Sorry the small pack ain't enuff to satisfy my appetite :P and not to mention all the different flavours and types of noodles. But there's opportunity cost bcoz my bags won't accommodate too many packs of noodles though...there's still Thai kuehs, dodols, palm sugars, chilis, spices, MANGOS *shhhhhhh we are not suppose to bring mangoes back into the country*....and shhhhhh yes Thai Jasmine Rice :P 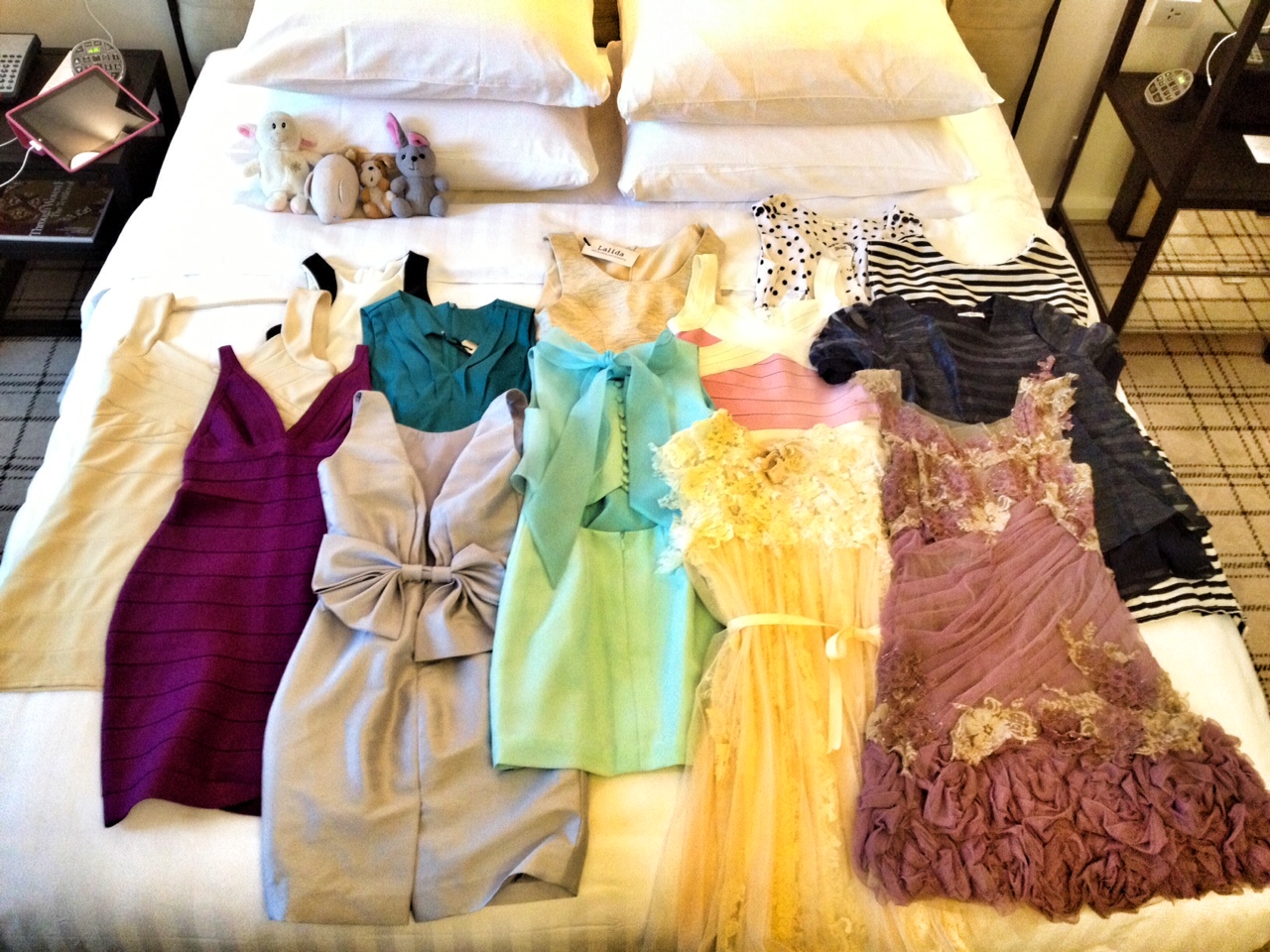 Monkey's loot from Terminal 21
the bed couldn't fit everything
Sheep Sheep, Berr, Bear and Labbit stared in horrors!!! coz the dresses took over their territory on the bed. 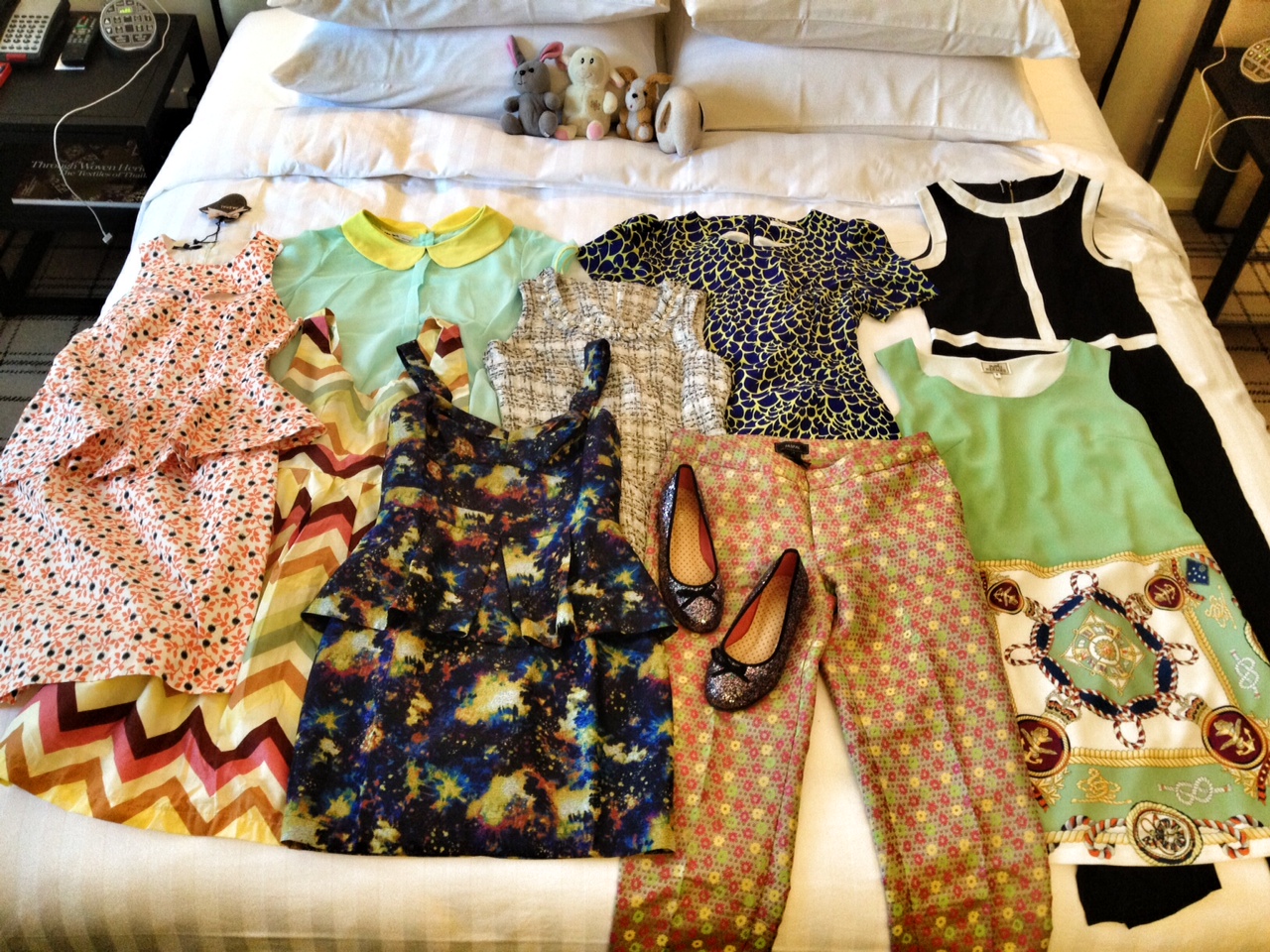 Then the cheap cheap loot from Platinum Mall...everything from RM 20 to RM 35 each.
Don't ask why so cheap.

And also some cheap stuffs from local Thai designers which weren't in the pics. I know it's a bit excessive but then if don't buy...it's like...damn!!! 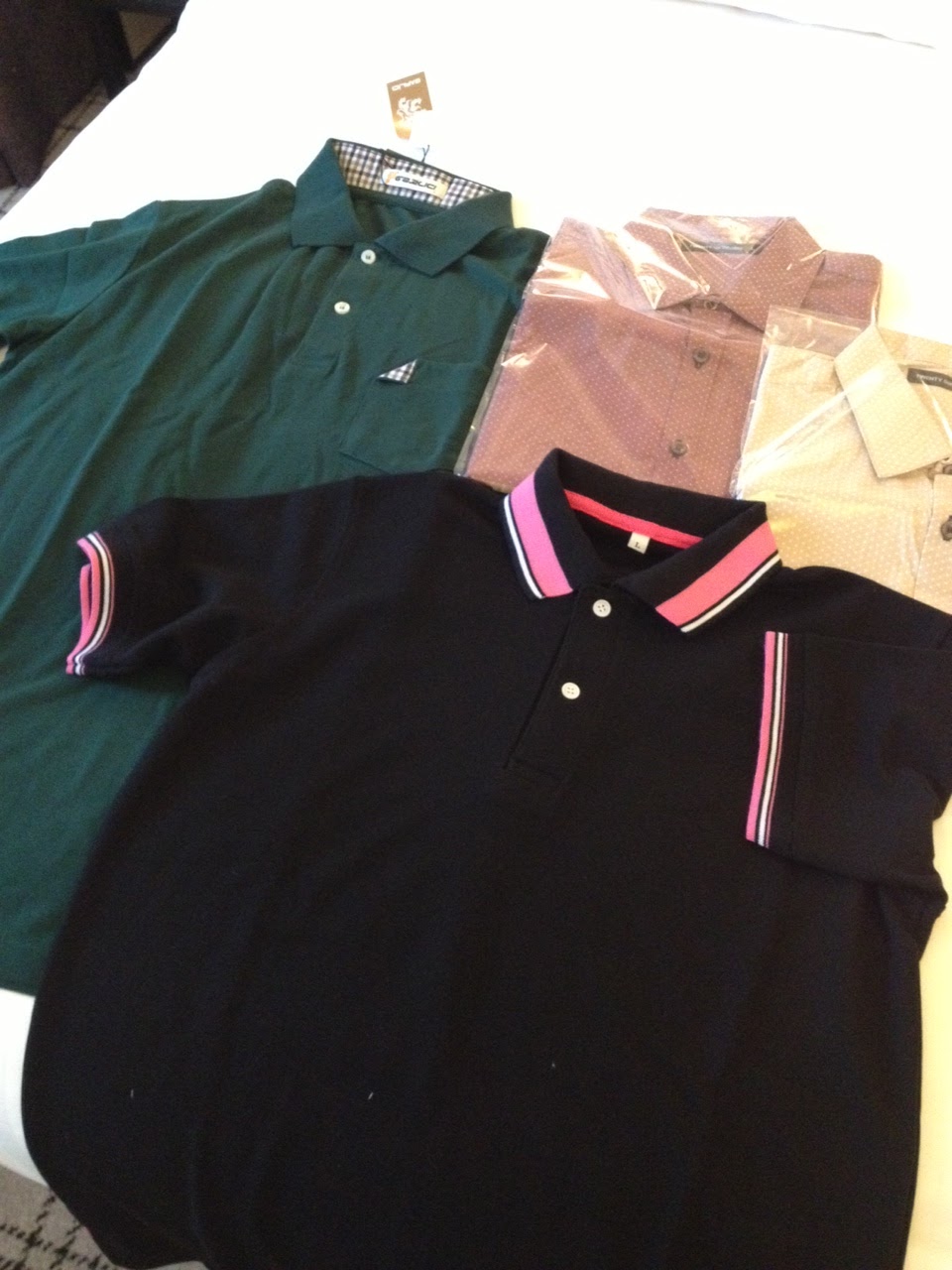 JS's loot...he didn't allow me to post more pics of his shopping :P
WAHHAHAHAHAHAHHAA
All the polo shirts were under RM 50 :P and he was too lazy to negotiate but I made him negotiated for my loots.

Yeah why would Monkey needed a man to negotiate her shopping? Coz JS speaks/writes/reads perfect THAI!!! so so so damn useful. If u speak Thai, ur price naturally goes down 40%
:))))))))))) heeeeeeeeeeeeee 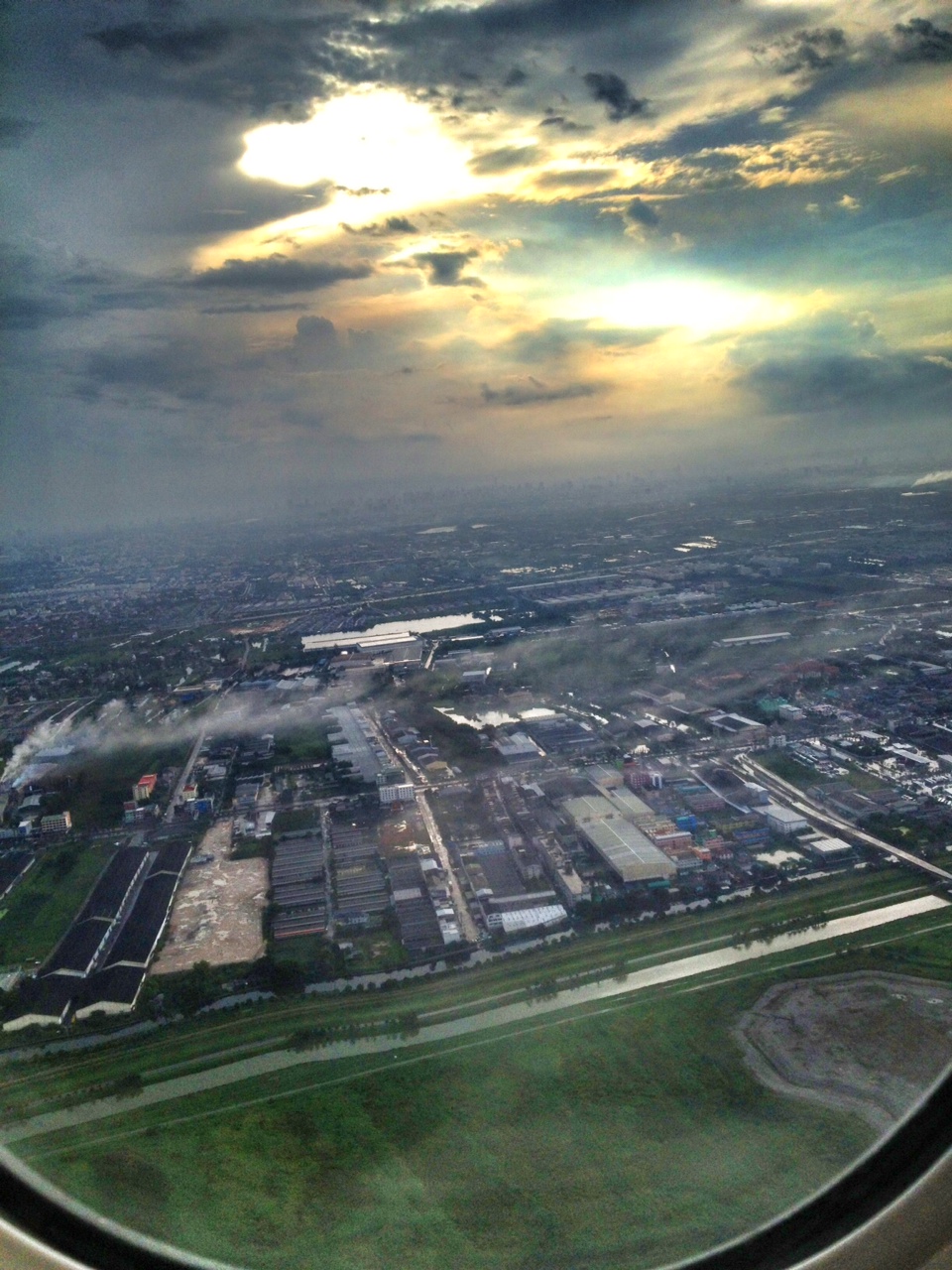 and we went home really eppy, having explored new corners of this city,
came back heavier on body weights, stomachs, luggage bags...but lighter on the pockets.

time to re-earn more $$$$$$ for TAIWAN next month!!!
woohoooo~~~~
Do return back to this blog for more detailed postings of wat Monkey saw, did, ate and bought :P