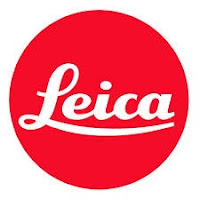 This post is probably long overdue so i better make an attempt to articulate something here.
Last year i became a proud owner(i indulged in a German camera!) of the Leica M9P rangefinder. Incase some of you don't know about Leica, it started off as a camera company known as Ernst Leitz GmbH back in 1913.  The camera is one of classical and conservative design and probably for most of us, its difficult or may take some time to appreciate this device. One may even look nerdy carrying this pre WW2 photographic equipment whilst walking down the streets of London!  By the way almost everything is manually control including focusing O_o Yes, no autofocus in 2013AD and it gets better.....they still manufacture film cameras!!!

After all that is said above, what's so nice about this camera?? All Leicas are hand made.....especially the lens. In fact the lens is the primary reason why photography enthusiast want or admire this out of date equipment and the lens is probably more sort after than the camera! :) Each lens element is hand grind to perfection and meticulously hand assembled. Imagine making a watch....thats the type of precision we are talking about. Germany is also synonymous with quality and precision so it does help to be German....haha!
It was especially during the WW2 that the Germans improved their lens making skill and technology. This resulted from the need for them to produce clear and sharp aerial photographs to be used in stereoscopy reconnaissance work. They also "transferred" this unique skill and technology to their war time ally none other than Japan. See the connection now why Japanese cameras rule the world?? :)

All the following images are taken with the Leica M9P mounted with a Summilux 35mm ASPH lens and converted from DNG to JPEG files with hardly any editing(basically i just fiddled a bit with the exposure) especially the colors. With such rich and natural colors, it would be a shame to alter it even a bit :) 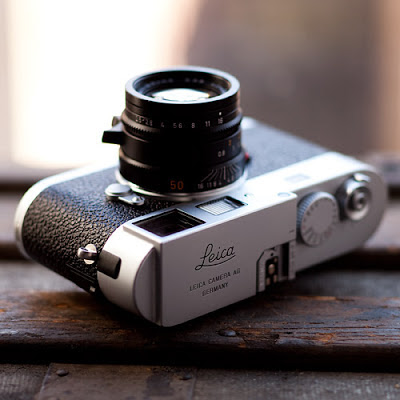 This picture was stolen from the www.
Thoroughbred German precision and technology.
It feels solid in your hands. 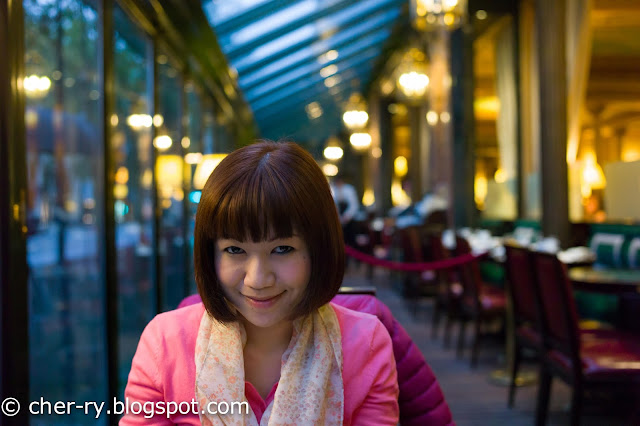 Taken at Cafe de la Paix in Paris on the day we arrived in Paris last November.
Monkey see and.... 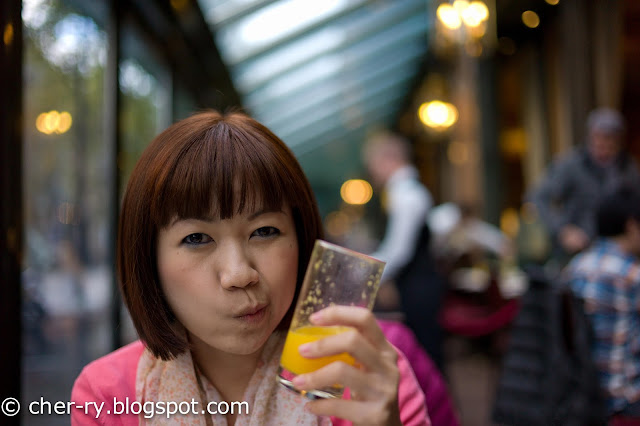 Monkey do!!
the isolation and color is amazing. super soft bokeh and rich colors. 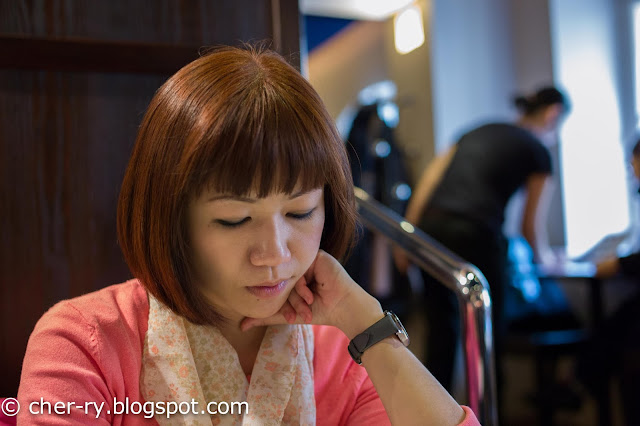 a quiet moment at Jean Paul Hevin.......DND cos I need to concentrate when ordering those nice chocolate desserts :) 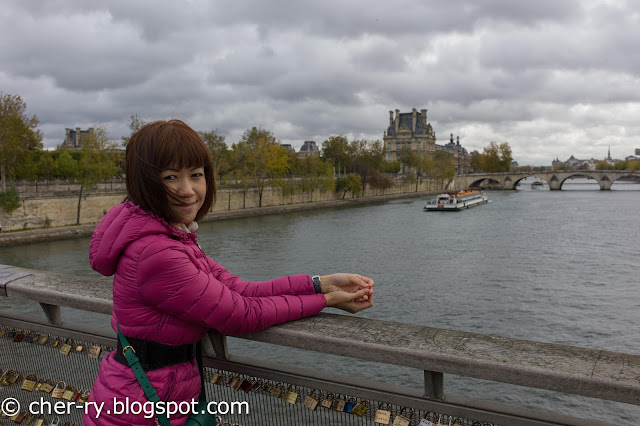 On the "lovelock" bridge or known as Pont des Arts 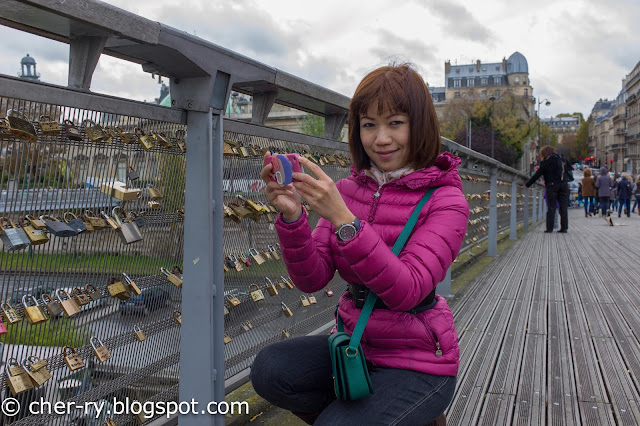 I like that "I WANT A LOCK" look......enuf locks already.....the bridge may collapse from overloading wahahahahahaha :) 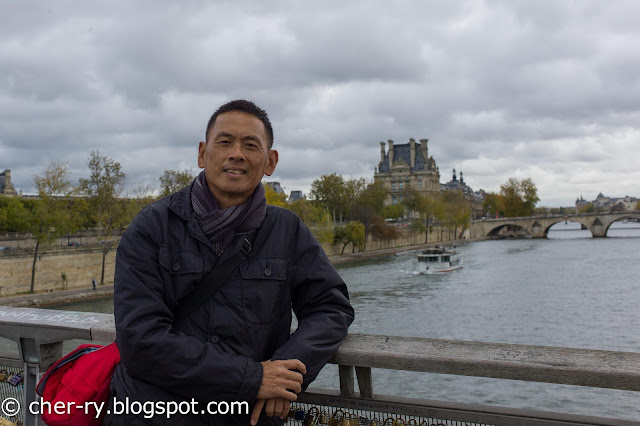 This may be the only useable picture taken of me using the Leica cos my travel mate finds manual focusing impossible to manage and i actually do have many out of focused pictures in my folders :) 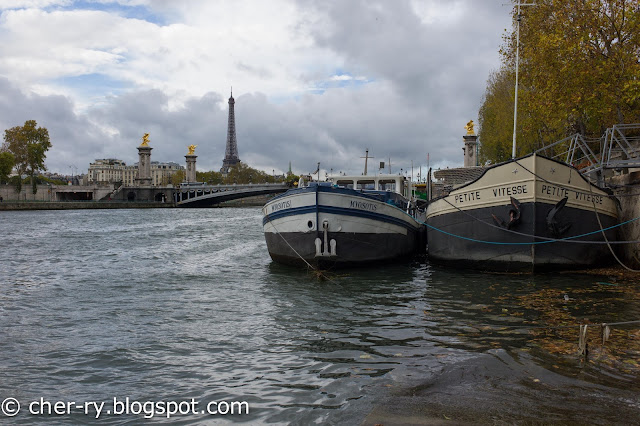 Taken from the left bank of the Seine river. I was trying to capture that cold lazy cloudy afternoon mood 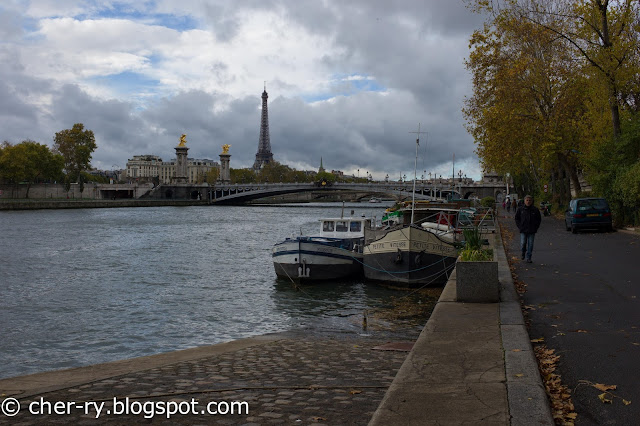 another view from a higher outlook 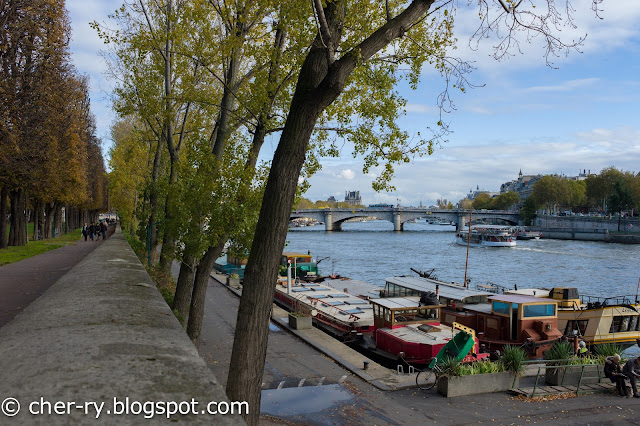 The Seine river and the life that goes on around her.
Lots of details picked up by the lens again especially that blue windscreen on the boat. 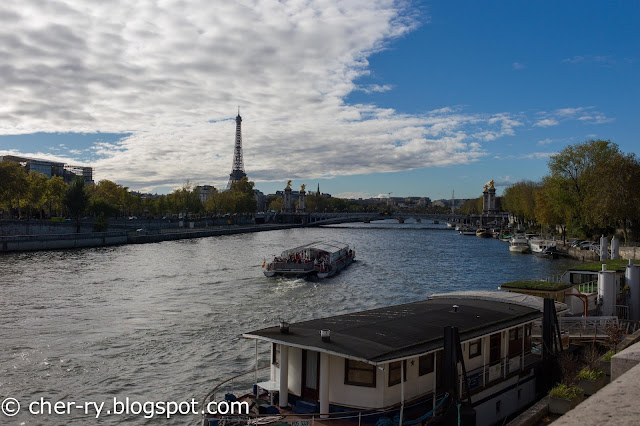 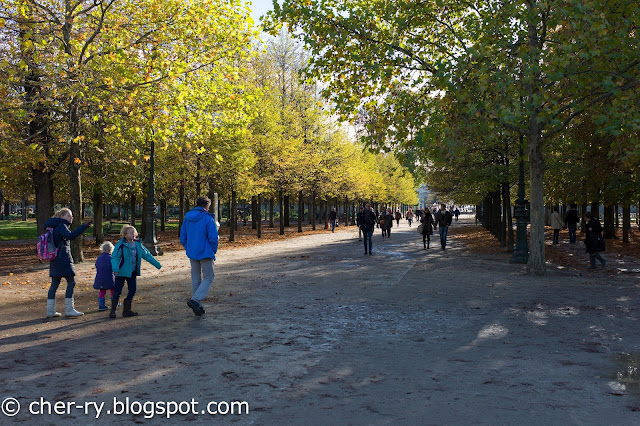 a sunny afternoon after the rain is gone I really like the bokeh from the Summilux 35mm lens. Soft and creamy and again the isolation is fantastic!
was trying to create that "winter sonata" effect.....more like autumn sonata :) 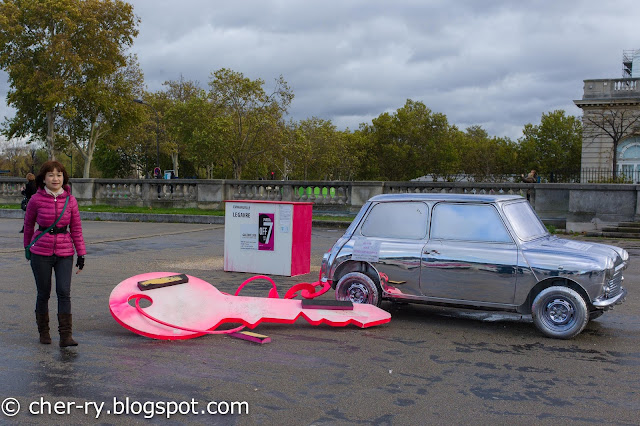 yes.....its a miss poot poot poot :)
that probably got monkey falling in love with a mini.......luckily they don't make it in fuscia! 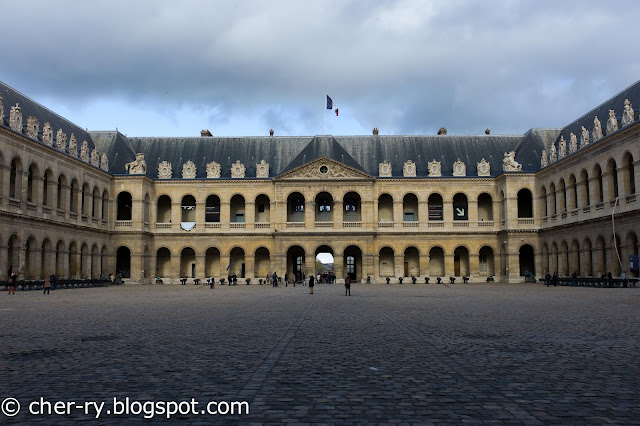 The military museum
whose damn blanket is hanging from the balcony??  >:-( 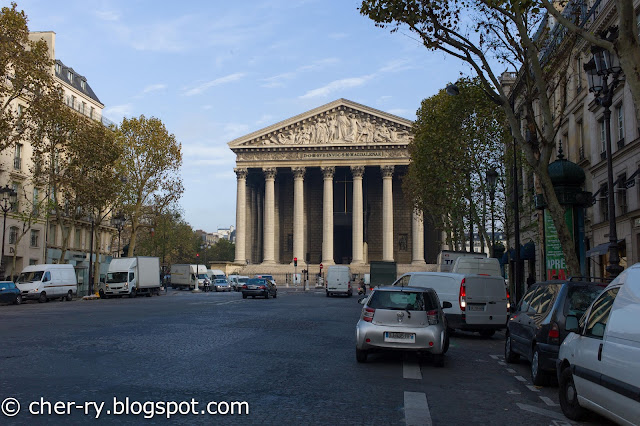 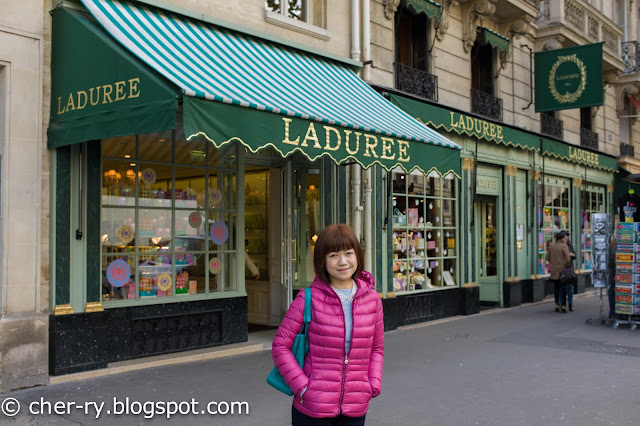 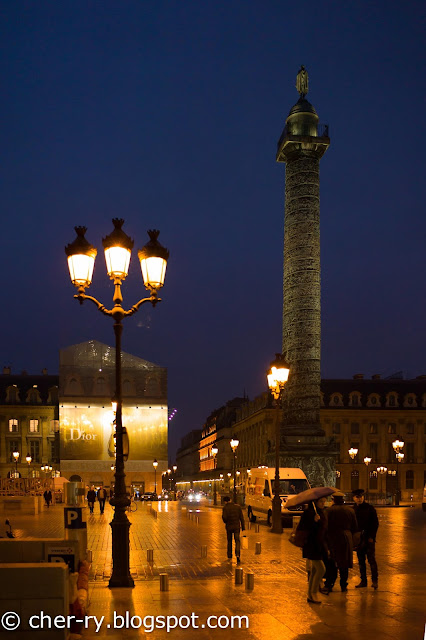 Place Vendome after dark on a rainy evening 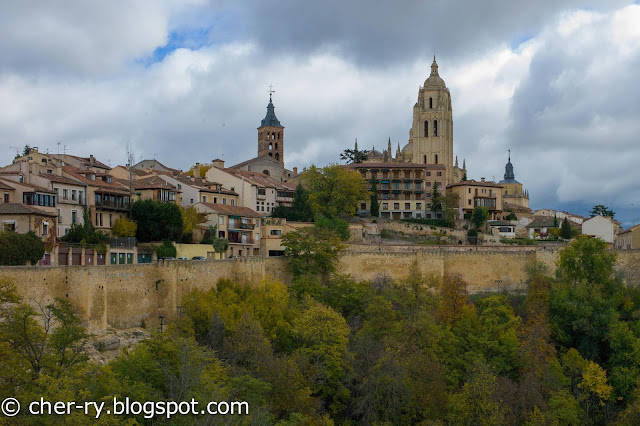 Segovia in Spain near Madrid 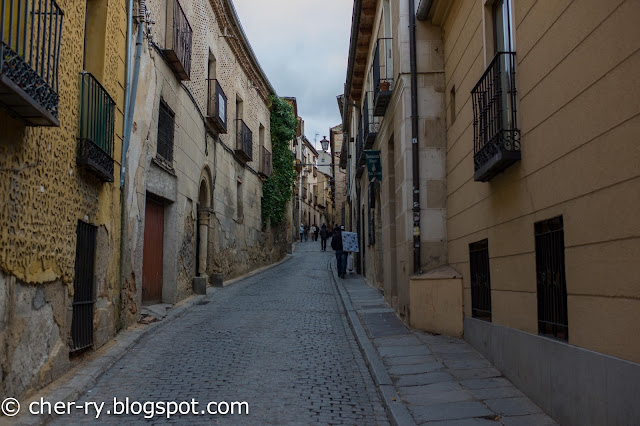 a quiet street in Segovia 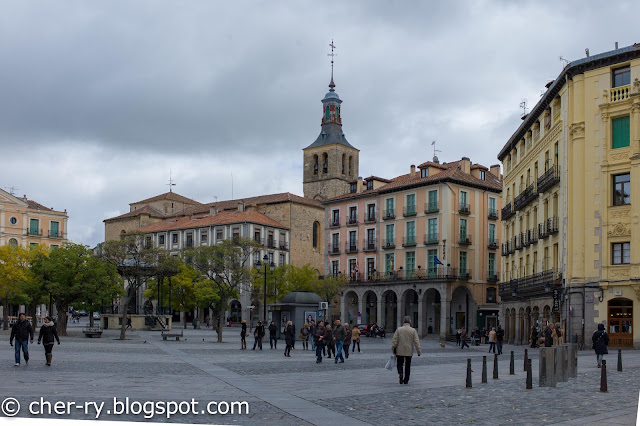 Hope you have enjoyed looking at all the pictures. It was the very first time I took my new toy out on a test run. Very happy with the results and hopefully you will see more pictures to come.

I must say that when i first own this equipment it was not appealing to hold or snap pictures. Even the shutter sound has no omppp!! But after handling it for a year or so, i begin to appreciate the finer points and the exclusivity and all i can say is that it does grow on you.

I am now looking for a nice bag to hold this camera when on holiday. Guess one of the prerequisites in addition to usability, protection and durability should be style and exclusivity. Contemplating a Dothebag monochrome 06 or Billingham Hadley Pro or perhaps a 100% French hand made Fogg b-laika. Frankly speaking, to house a Leica camera in the Hermes Alfred or Steve model is not asking for too much!

With the new bag, I will be ready to bring along my Leica more often when on holiday which means that my travel mate will have to somehow learn to focus with this damn rangefinder! wahahahahaha :)

WAHHHH I didn't know u took so many pics of me :P

Leica is the epitome of cameras. I love the organic feel of photographs produced by Leica that cannot be replicated with other cameras. Hehe, I'm not the user, I'm the subject, most of the time!Good for street photos! Great investment and I assume this would not be your last Leica. I actually love the distinct shutter it makes!

Thank you anonymous for dropping by and sharing your thoughts and views. I totally agree with you w.r.t the IQ of the Leica M9P. I have since acquire the Noctilux 50mm 0.95 and this lens is even more awesome! Nothing comes close to it......and i am contemplating to get the serious point and shot X vario as a back up Leica :)