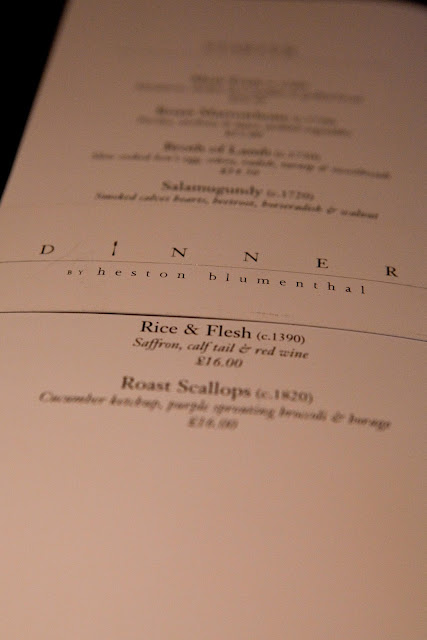 We couldn't get a reservation at the world famous Fat Duck restaurant
*World Number 1 in 2005 and no. 5 in 2011*
Think u need to make reservation 9 months in advance
or have connectionsSSsssssSSSsssss


Heston Blumenthal opened another creative establishment at Mandarin Oriental by the Hyde Park
and he named it.....Dinner
afterall Dinner is a ritual in many cultures
as he described it..."a formal evening meal, typically one in honour of a person or event"


even this new establishment got a MICHELIN STAR in less than a year
and we couldn't get any reservation for dinner
nothing until February 2012
-_-"
and we were so lucky to managed a table for lunch
so so so very lucky!!!! 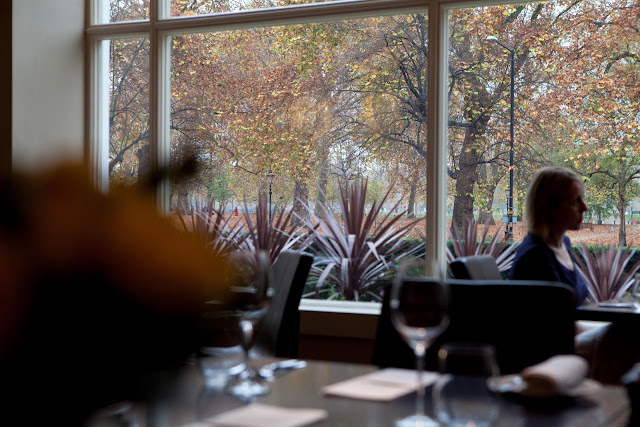 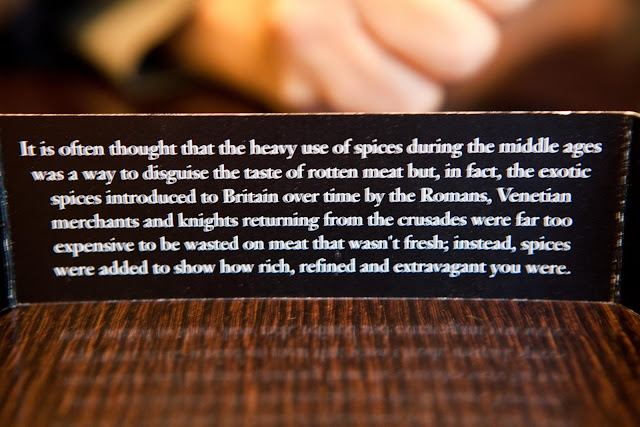 sorry for the quality....
my hands shaked so much
either from the excitement of dining at this establishment or just TOO HUNGRY 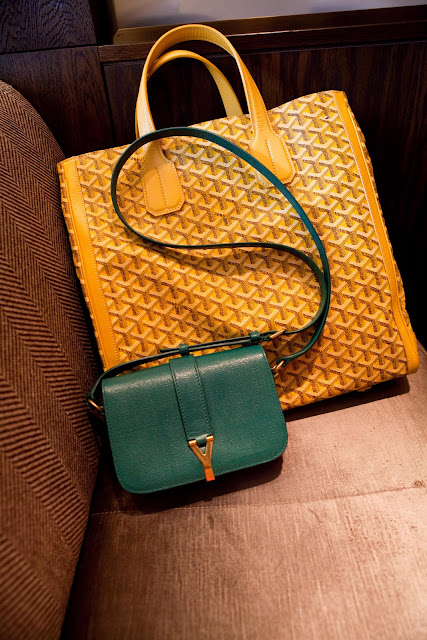 our beautiful bags have their own lil corner
most of the time, restaurants offered stools or bag hangers for guests/ diners


Off Topic:
this morning, while having coffee in Rennes an old lady was so amazed at my Alessi Cat bag-hanger
she kept on telling me in french how beautiful and practical it was
and this Monkey gave her the Alessi bag hanger
she was so delighted hahahaha
well I would be, to receive a gift from a stranger


and in less than 12 hours time, I got a new Alessi bag-hanger from the boutique
the very same one, afterall it was only Euro 17 here
as compared to hundreds of dollars in Malaysia -_-"
stupid government tax!!!! 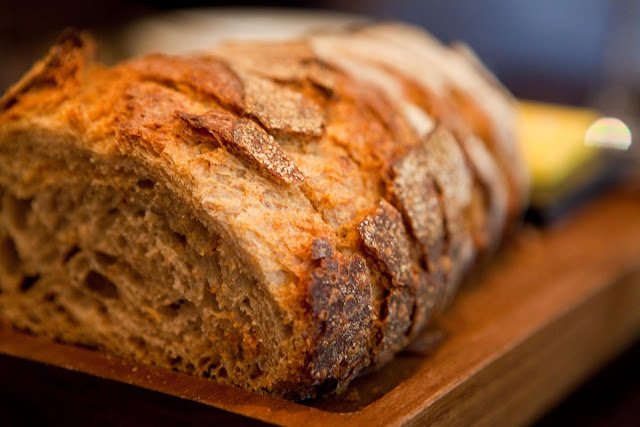 freshly baked bread
the format at this place is re-interpreted historically inspired British cooking
it still looked modern to us :P 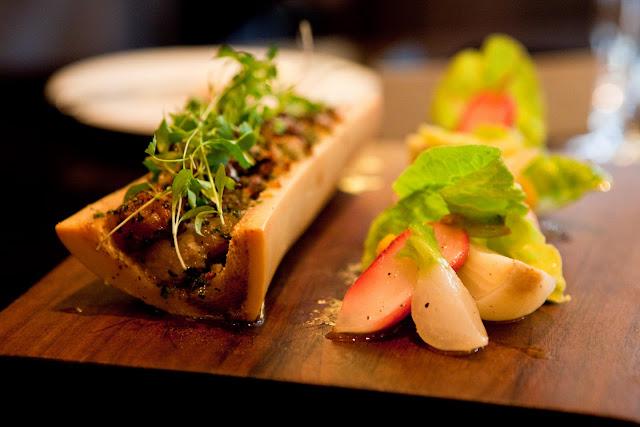 Roast Marrowbone
inspired from english cooking in 1720
served wtih parsley, anchovy and mace with pickled vegetables
everything was so fine!!!! 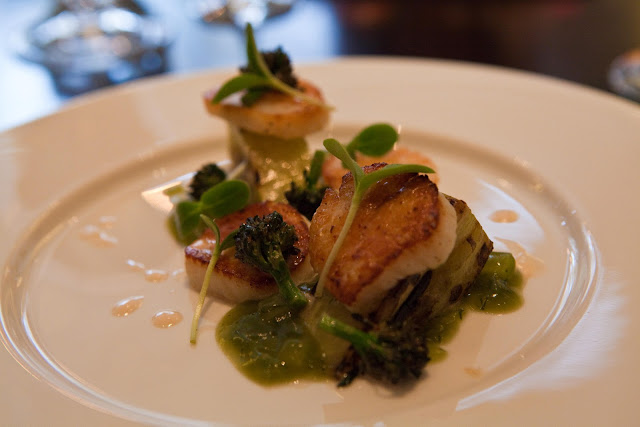 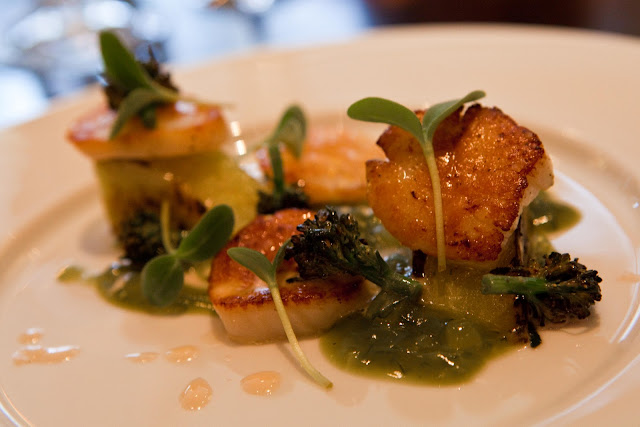 Roast Scallop from 1820
served with cucumber ketchup *yes a ketchup made from cucumber*
with purple sprouting broccoli and borage
I've never seen such tiny broccoli!!! 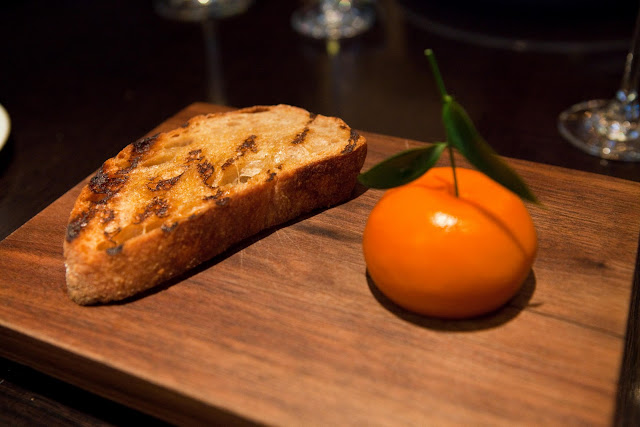 Meatfruit inspired from english cooking in 1500
it was highly recommended by Peakie D and so I had this :D 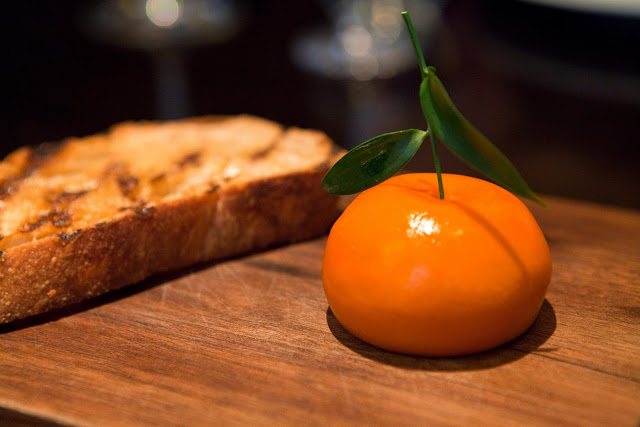 so pretty rite?
everything can be eaten except the green stalk + leaves 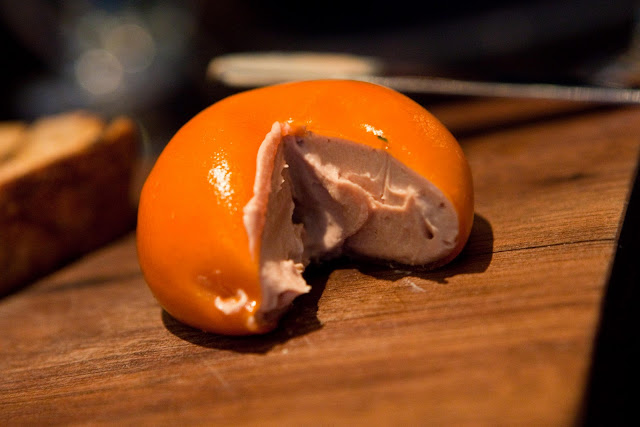 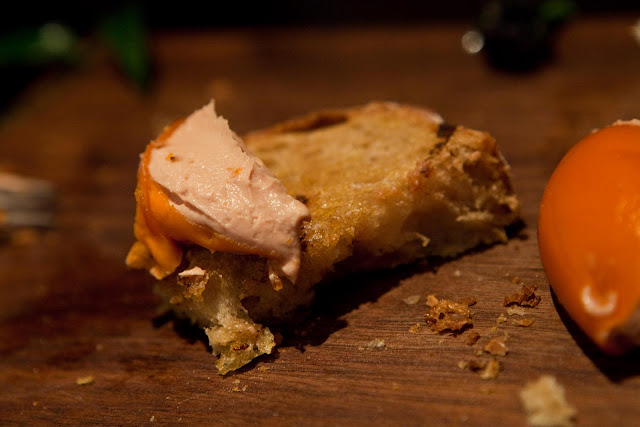 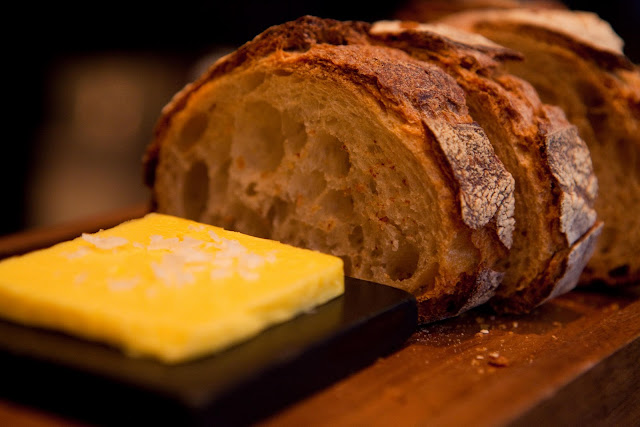 the butter was so yummy here we had so much :D 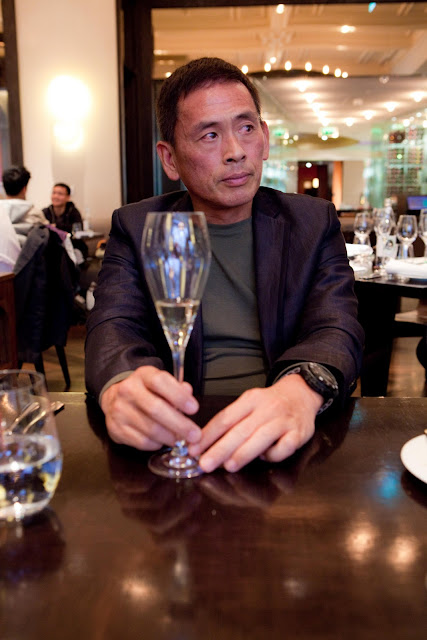 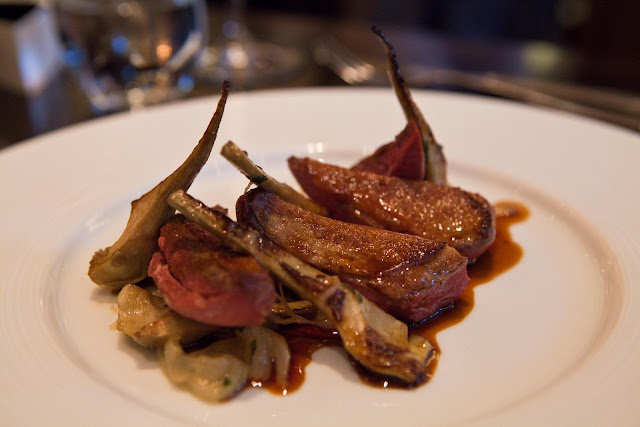 Spiced Pigeon from the 1780
with Ale and Artichokes 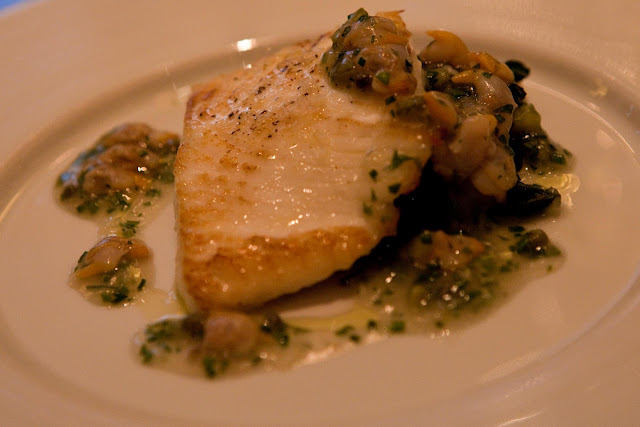 Roast Halibut from 1830
with Dandelion leaves and cockle ketchup
this guy has got a fetish for ketchup I think
but his definition of ketchup isn't the same as the tomato ones that u consumed
guess the technique in making it is the same???? 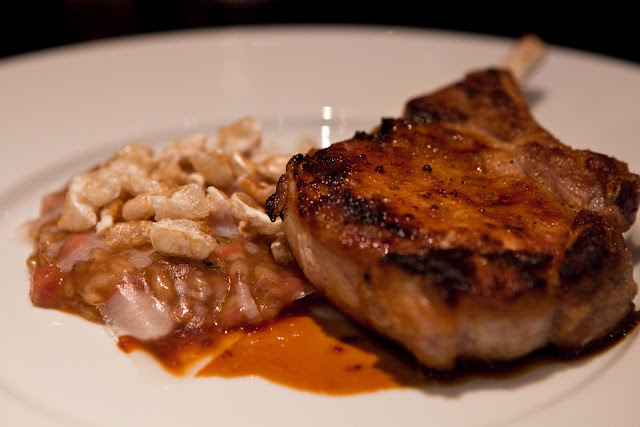 
the meat was char-grilled in the oven with wood fire
since the kitchen is an open concept type
u can watch everything....EVERYTHING!!! 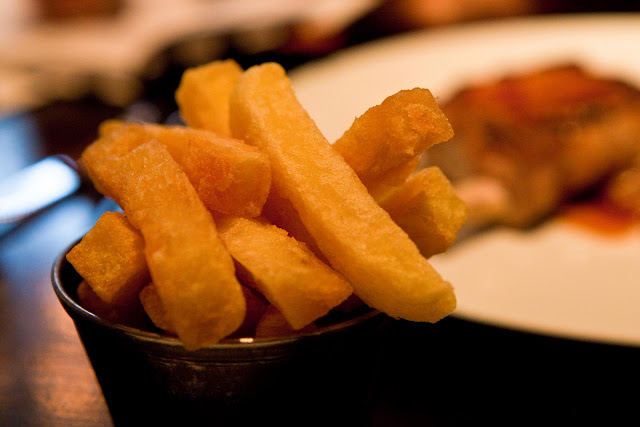 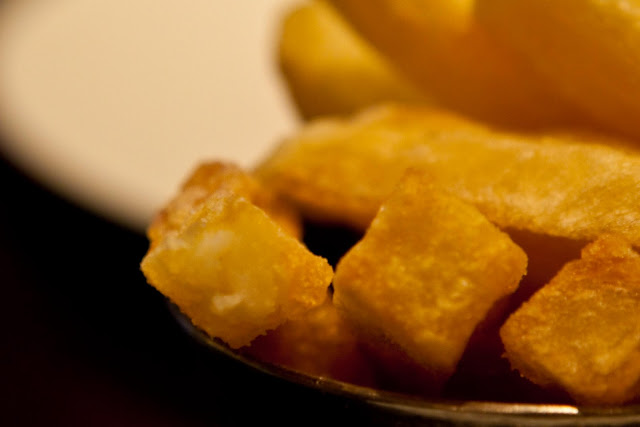 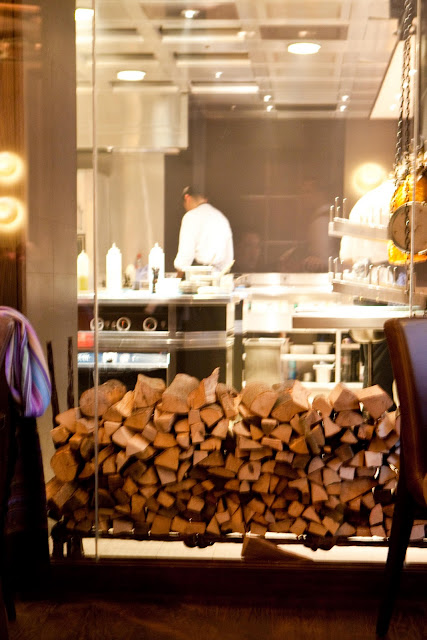 all the fire woods for cooking 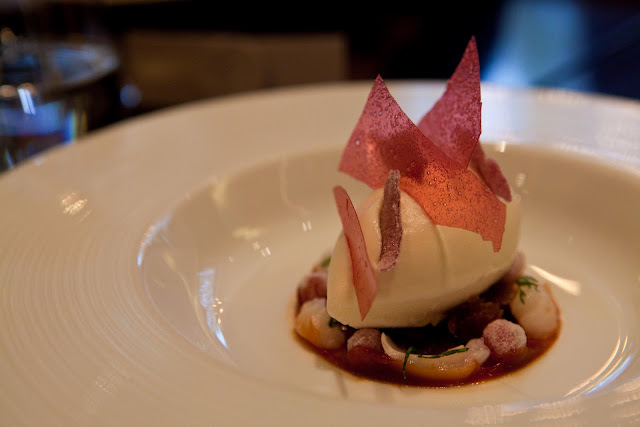 for dessert we had an amazing Lychee Frozen Ice from the 1590
served with roseship jam, Barberie granite and Red Current
very very refreshing 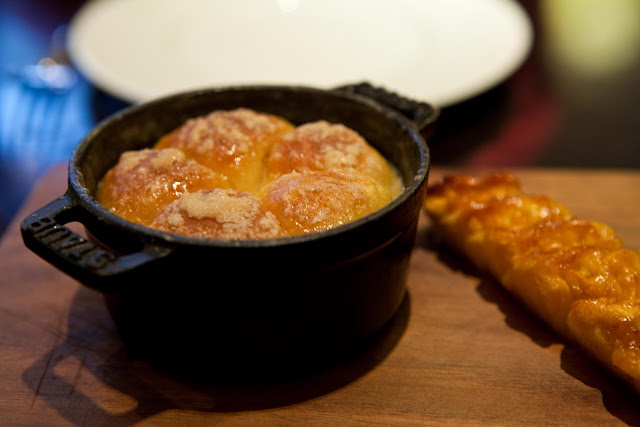 Tipsy Cake from the 1810
this was really amazing 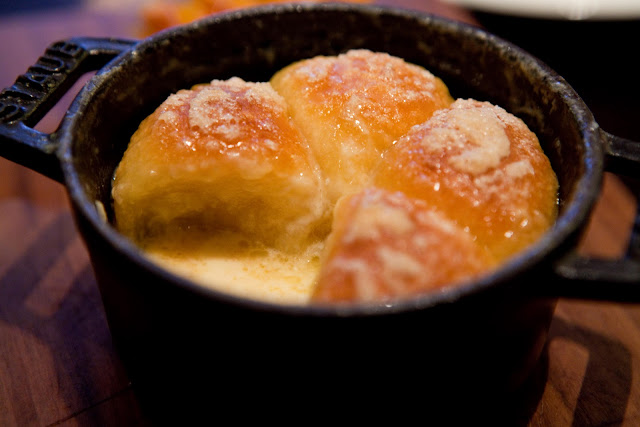 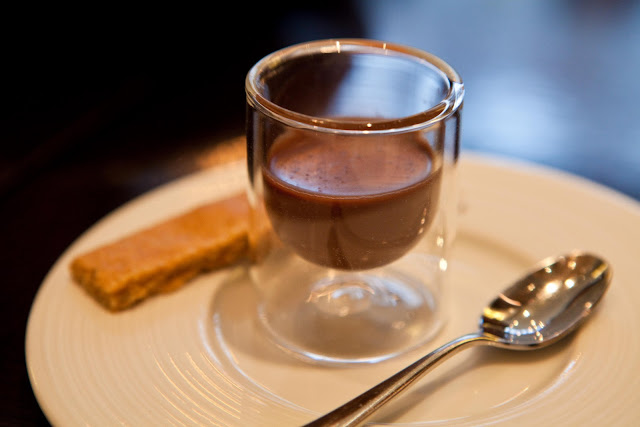 one of the petit four of chocolate mousse
after the rich yummy Tipsy Cake, we couldn't manage anything else 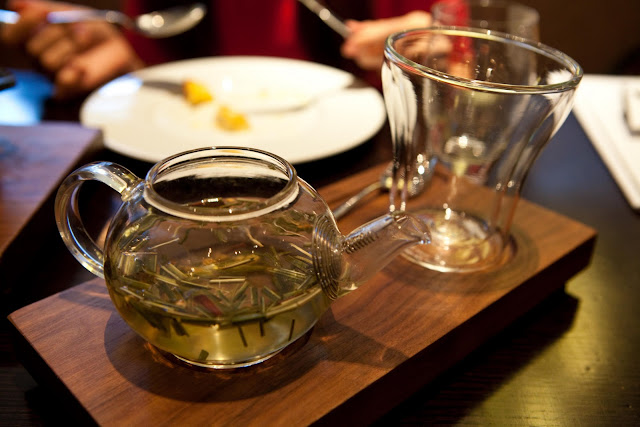 
Overall it was a very good experience and beyond expectation
food is so simple and yet so complicated to prepare
guess that's what Heston Blumenthal aimed to achieve here
afterall he's the Molecular Gastronomist!!!!

I have heard of the famous Fat Duck but this is the first time hearing a 9 month reservation... holy smoke!!

yea u do need to be in their waiting list to get Fat Duck. Last time used to be only 2 months back in 2007.

This lil casual place called Dinner by Heston Blumenthal is easier to get in....at least 2 months in advance only. Also depending on period and luck :)))

Dinner is casual? I wonder what Fat Duck is then cos that dinner looked like fabulous fine dining... :P