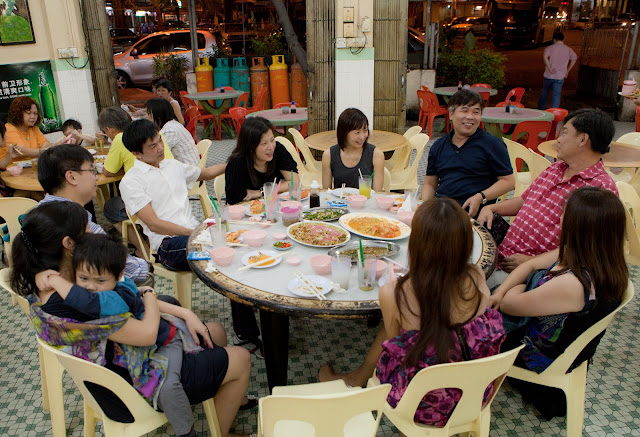 everyone concentrating on GOE aka Boss
when Boss speaks....u shuddup and listen
when Boss eats...u wallop :P

this place is like a must visit for the M People
a certain Flatmate said it's the reason they came to Malaysia :P
prollie u can recommend the Lady Boss there to open one outlet in Singapore??? 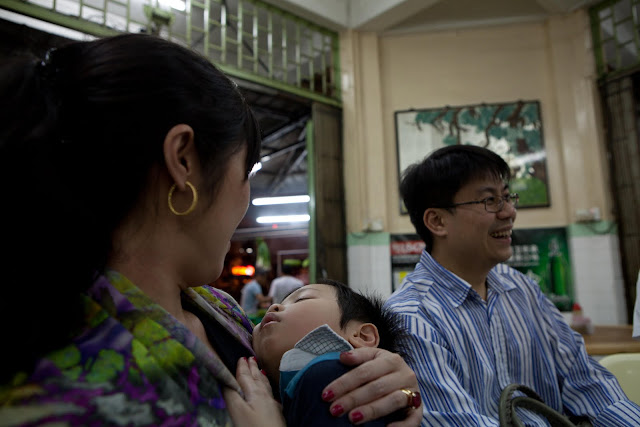 it was past midnite and Choco Markie already fast asleep in Mommy's arms.....
the most comfortable place :))))) 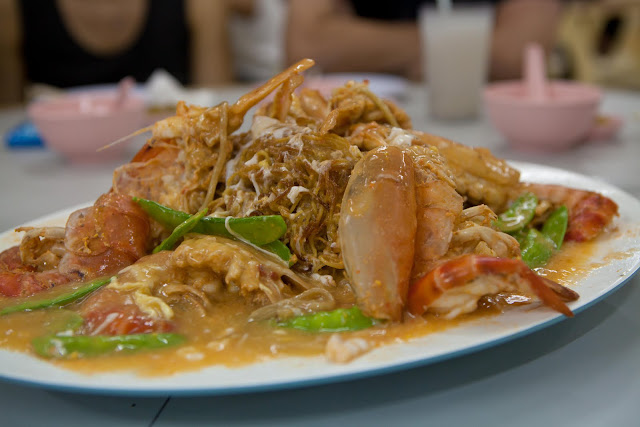 we ordered 3 seating = 3 big head prawns
never get sick of this...
the gravy was thick, sweet and loaded with the juicy-ness fr the prawn heads
which gave the color ORANGE to its gravy 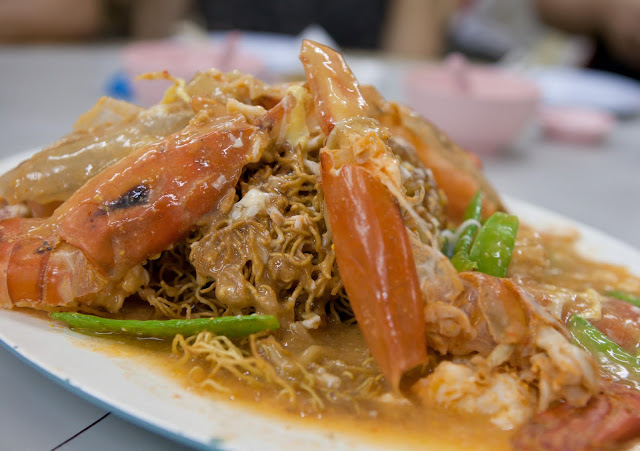 the noodle was crispy though drenched in this thick gravy
no leftover was spotted....every morsel was whacked
every drop of gravy were mopped up clean!!!

Yiks: "Haiiii next time come here 1st...dun give me too much of distraction esp with the beef."
yea we fed him almost the whole animal at Cilantro.... 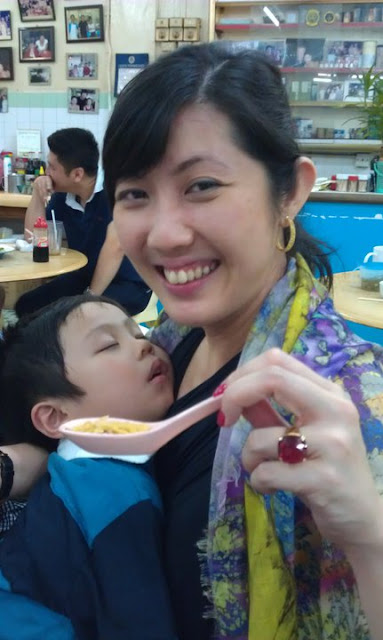 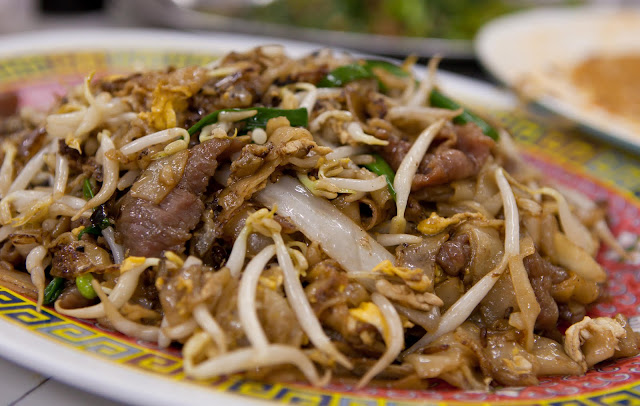 Beef Kuey Tiow was a bit salty that nite
otherwise it is also superb :))))
lurve the crunch of beans sprout and thinly sliced chinese cabbage

a certain kuey tiow vendor in Penang told us that the bean sprouts were used to give the noodle this "breathe of fire" flavour bcoz when fried it emits water....and burns the wok
hmmmmmmmmmm cooking is all about science as well
temperature, chemical reactions, acidity and balance. 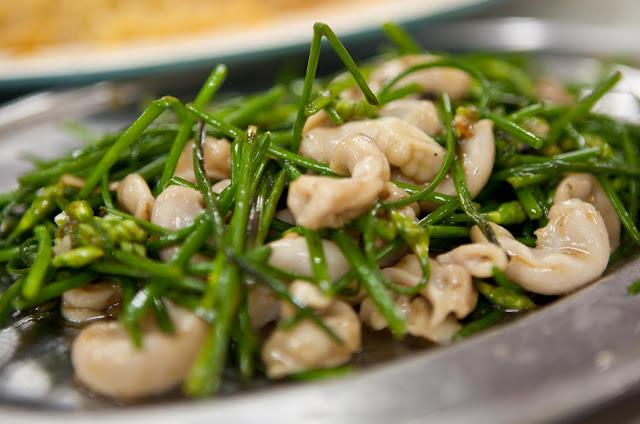 we only ordered a few signature dishes for the guests
this one is one of it. :P
disgusting fallopian tubes fr a pig
heeeeeeeeeeee
fried with chinese chives

J&J clan was still scheming how to store durians into their stomachs after that
-_-"
ok ok ok we will arrange a durian outing soon ok? 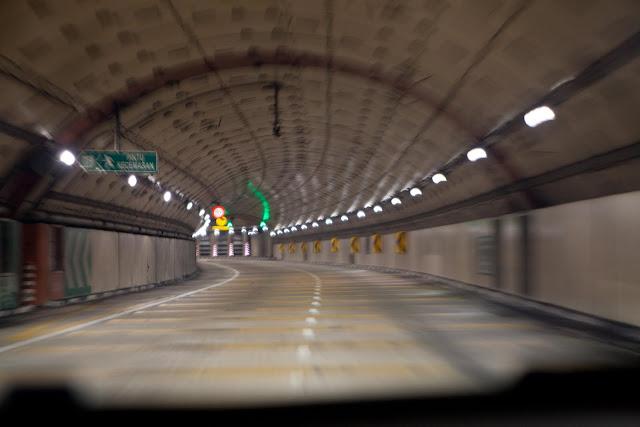 after unloading all our HEAVY guests back to their hotel...it's time to head home
for us Malaysians :P
that's Munchy and Wei Nee
JS, Berr *mini host* and Monkey

the Smart Tunnel was so empty so u roughly know wat time it was
yea no traffic why use Smart Tunnel ar?
too much of $$$ wanna donate to them :P
guess it's just habit of hitting the tunnel all the time despite a clear traffic :P

Read bout the previous Soo Kee outing with them *here*

Looking at the kway teoh, I just had the most fantastic and delicious tuah pun(fry kway teoh with sauce) in penang at this hai boey restaurant. It's basically like a Thai kway teoh radna. The wok hei was super duper charred and for a moment I thought they added some freshly ground burnt charcoal into the noodles!! :)