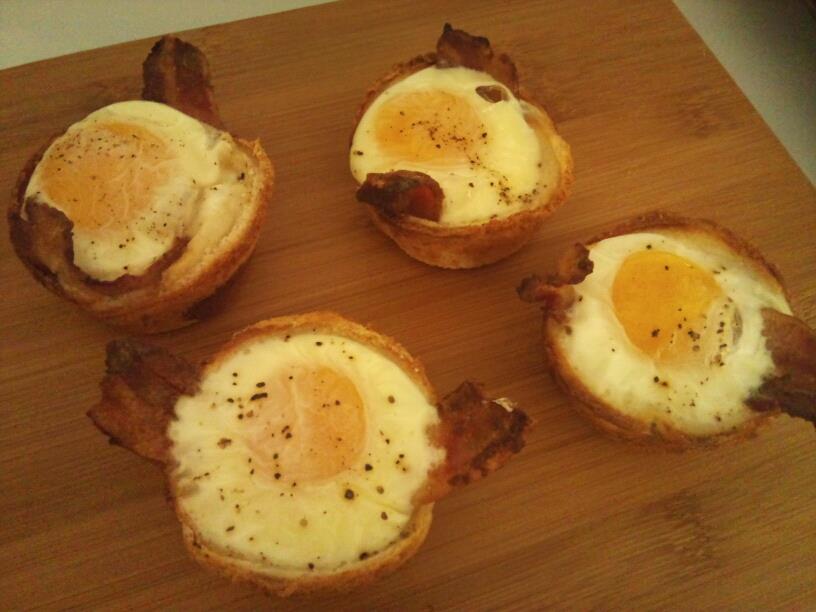 Kindy Chai who's based in San Diego tempted us with her breakfast of crispy bacon and egg toast on a cup!!! they looked so pretty!!!!

The moment she posted it on facebook, all the kindy school friends started requesting for recipe including Notti Monkey. As efficient as alwiz, the recipe was sent in within minutes....it looked easy so there shouldn't be any disaster in the kitchen LOL!!!!!

Monkey: "I'm making these for u tmrw!!!" and showed JS the pic
JS: "Huh? Kindergarten Chai taught u to make kindergarten breakfast?" next melt some butter and brush your muffin pans. Press the cut bread unto the muffin pan, overlapping slightly. The trick is to use two halved bread on the 2/3 sides, overlapping each other, then one full round bread on top to cover the base and the final 1/3 side. Anyway do which every way that's easy for u as long as the bottom and sides are all covered :))))). Press them tight and brush more melted butter onto the bread cups.

Pan fry your bacons with some oil to crisp them up. Then lay one slice onto each bread cup neatly. Crack an egg into a bowl first...it depends on the size of your muffin cup and eggs, sometimes each muffin cup can't accommodate the entire egg....that's why the bowl is important here.

Slowly drop the egg with its yolk from the bowl to the bread cup. Because of the membrane that covers the yolk, it will drop the entire chunk of whites and yolk before finally settling down in the middle perfectly!!! voila~~~~~ any remaining "watery" bits of the egg white will be left in the bowl. If your bread cup can still accommodate, pour everything in.
*again if your eggs are really fresh, it should have the thick membrane...otherwise not-so-fresh eggs would contain a lot of watery whites*

Bake at 190*C for 15 minutes or until the egg whites have set
next time I'll try for lower temperature bcoz the eggs was slightly overcooked yesterday.
*again it depends on ur oven, guess my oven is like an inferno*

Once out, serve immediately by running a knife around it and the cups should lift up effort-essly. I think chomping them down was much easier...HOHOHOHOHOHO. 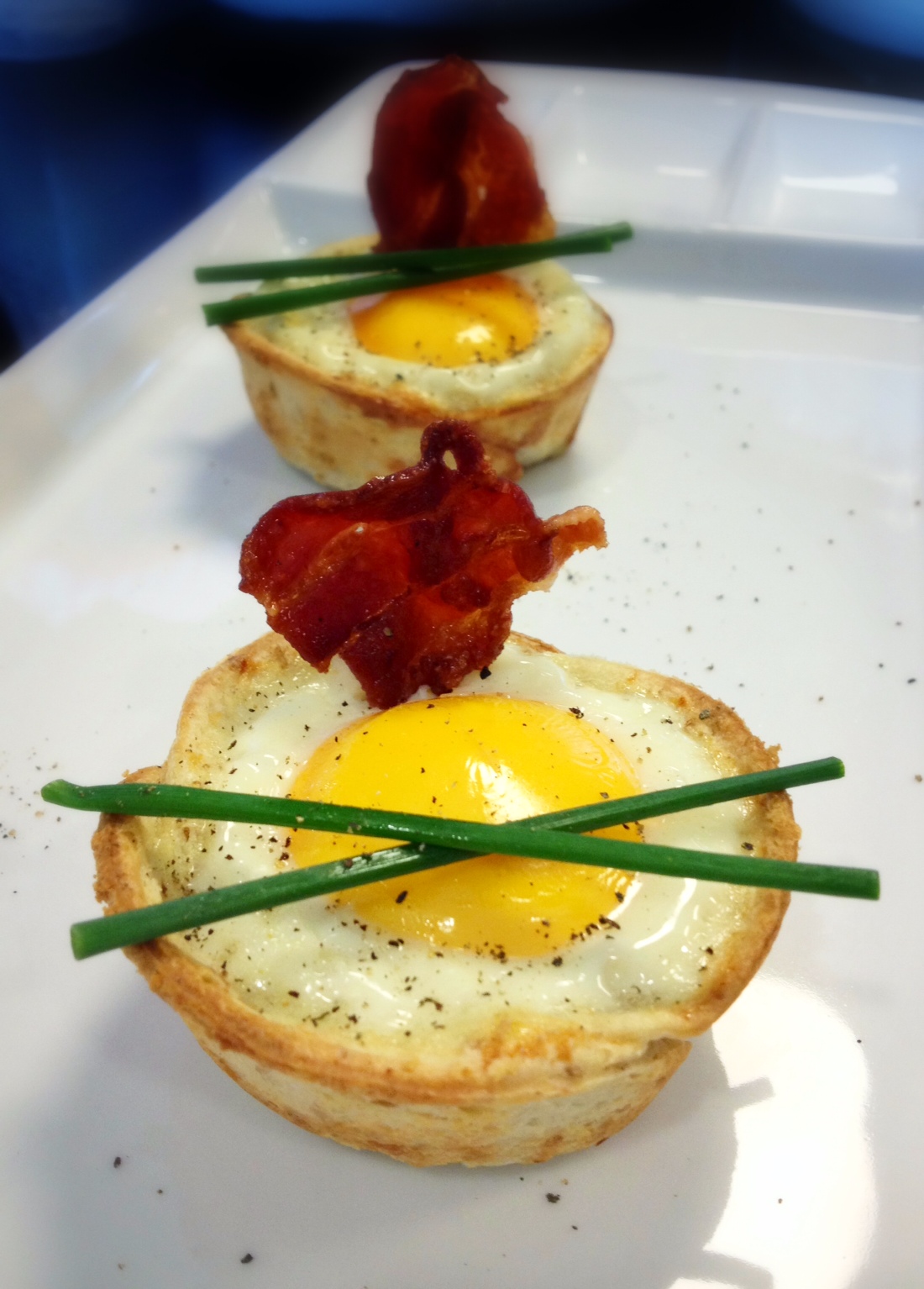 Ta-DA!!!! breakfast is served :)))))))))))
I cheated, instead of putting the bacon to bake, I served it separately :P coz JS prefers his bacon crispy and not soggy. Plus one strip isn't enuff....so I've actually fried a pack to go with the breakfast....hahahahahaha.

It was really good and so easy to make. The yolks should be runny - so I'll lower the temperature in the future to make it runnier hohohohohohoho. The bread cups were so crunchy...yummy yummy...I used wheatgerm bread. Looked so pretty and so yums!!!
Enjoy!!!!
Thank you Kindy Chai :)))))))))

I am definitely going to try this! Thank you Bee Ree & Kindy Chai =)

Despite being breakfast for kindergarteners, the toast cup looks so gourmet..bravo! :D

looks really well done! great one.. its pretty impressive if you ask me..

Thank you to Kindy Chai aka LiCheng for the recipe :))))