Dinner with Chefs at Soo Kee 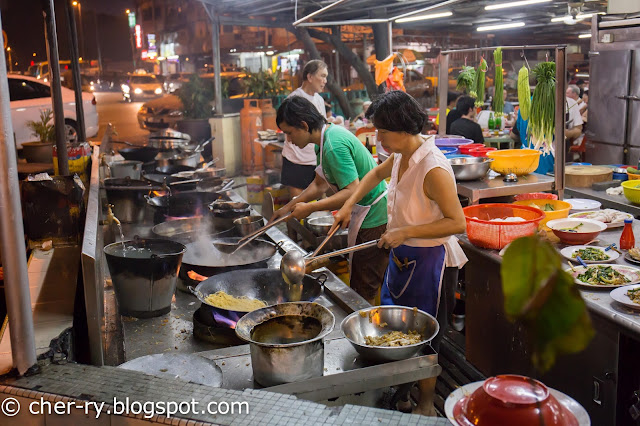 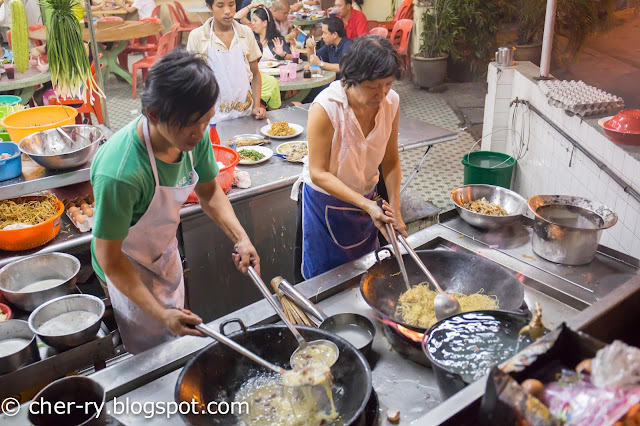 Lady Boss Jessica Hon was cooking for us on Sunday
when the boss pulled up her sleeves to cook for her clients, u know it's gonna be SUPERB!!!

Soo Kee has been receiving mixed reviews from its inconsistent standard and price. Then I found out bcoz some of these ppl went to the wrong shop. BAHAHAHAHAHAHAHA
to the one opposite this original Soo Kee with the same name

the one opposite operates as "Soo Kee's Son" so it's pretty confusing I know.....we've tried both but stick to this one for its intense Sang Har Mee - Big Head Prawn Crispy Noodle and Dry fried Beef Hor Fun. When it comes to price, oh well....I know it's expensive if u compare it with other similar establishment but hey this is Jalan Imbi!!!

anyway everything has got demand and supply..... 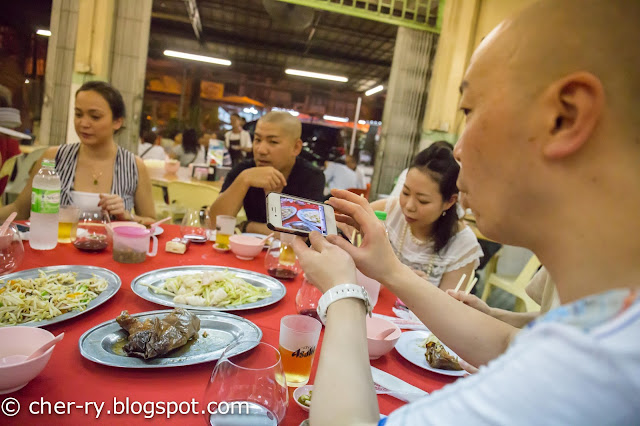 We were hosting 2 prominent Japanese chefs....
not just any chefs but Head Chefs from Shinji Kanesaka
>.<

JS was gasping for breathe.....where to bring these discerning chefs to eat???
and ran in panic
ok ok ok he didn't do that but I was imagining him running in panic...bahahahahahahaha

Shinji Kanesaka is a 2 michelin stars establishment in Tokyo, serving pure, holistic, balanced sushi....
yes just pure sushi and nothing else. The sushi artisan opened an extension in Singapore at Raffles Hotel headed by Oshino San and while the OUE Tower branch is under the care of Kikuchi San
I will alwiz remember Kiku san's name because 3 years ago when we first met, I kept on calling him KIKO
as in K-I-K-O
Kiku san -_-"
"It is KiKu K-I-K-U!!!! u know flower??? flower des???!?!?!??!"

Ok ok ok I get it...I'm sorry....don't point ur sashimi knife at me...
hahahha just for some laughs...KiKu San was very professional, he didn't point any knives at Monkey. He prepared every single slice of the fresh fish with respect and care. The sashimi knives were alwiz placed and cleaned with high pride on his wooden board all the time. 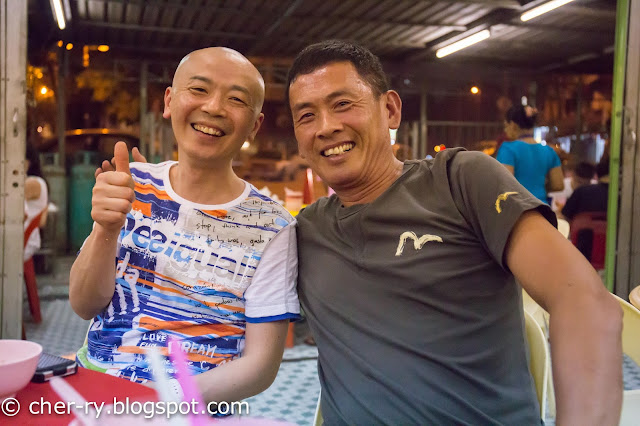 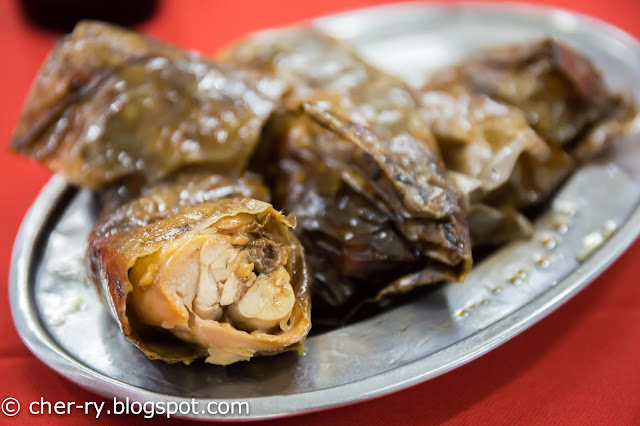 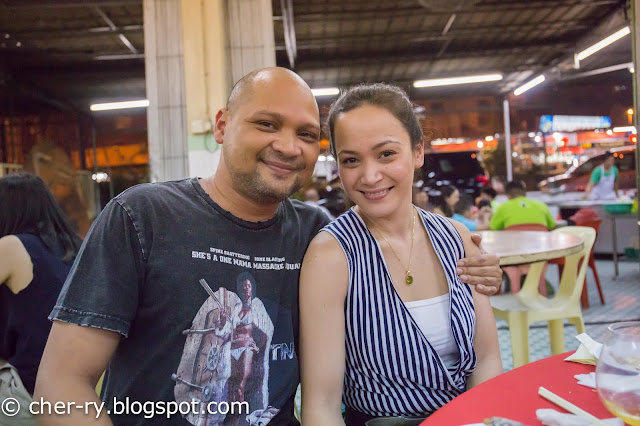 Aman K and Allure Anneke joined just for dinner....people with extreme detailed palate. Yes I know it's stressful to bring ppl with high expectation for meals. 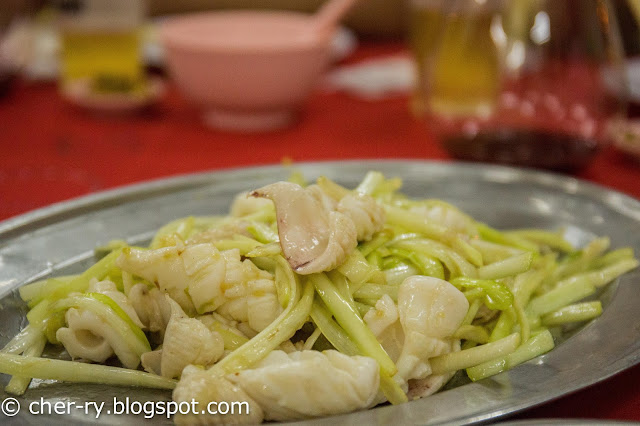 so simple and yet tasty....the squid were just done alright with the sweet crunchy chives. Everyone was wondering wat type of vege was this.....hahahahhaa...it's just some local chives. Allure Anneke was asking if she could get this fr the market......I really dun know. So, clever her snap her pic with her phone as a reference in the future. 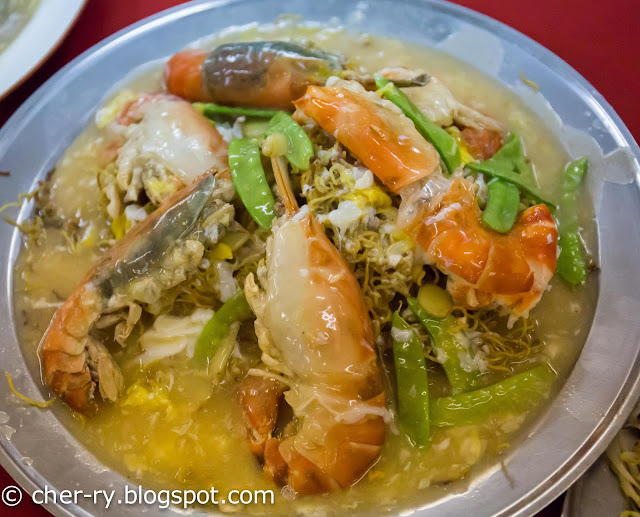 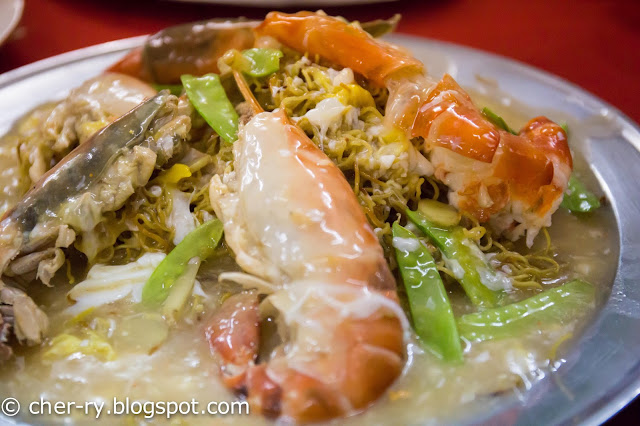 the ever famous Sang Har Meen
with its gravy completely drenched in Prawn Head Roe....so sinful...super high cholesterol can die.

the noodles were thin and crunchy so its' best eaten once it's served. Oh well it really depends, if u like ur noodles soft then u can drench more gravy into it. This dish really vows everyone.

As both chefs were indulging the food, we could see their astonished face were busy dissecting the ingredients, taste profile, methodology in achieving it. Only thing missing, they have yet to opened up their notebook to write down all these...hahahahahaha 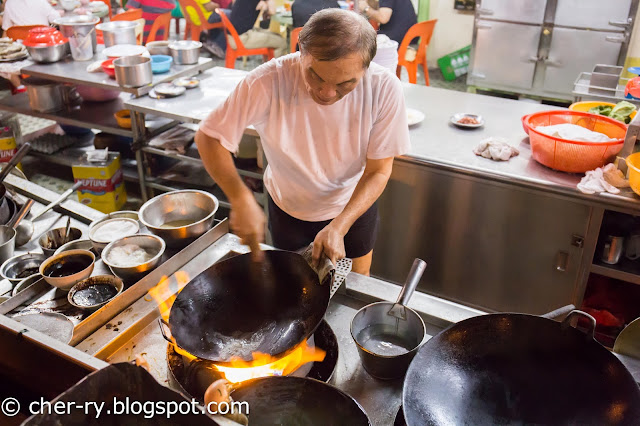 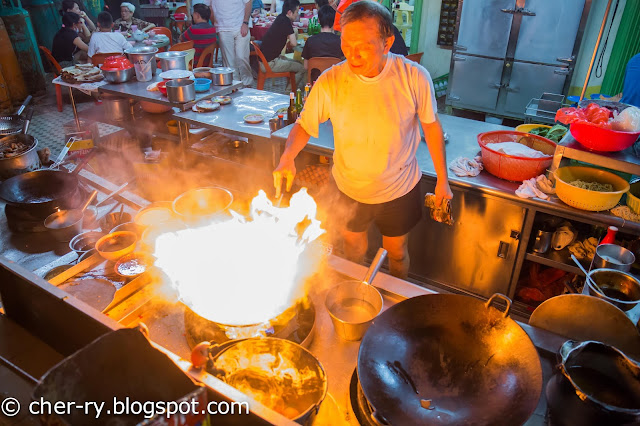 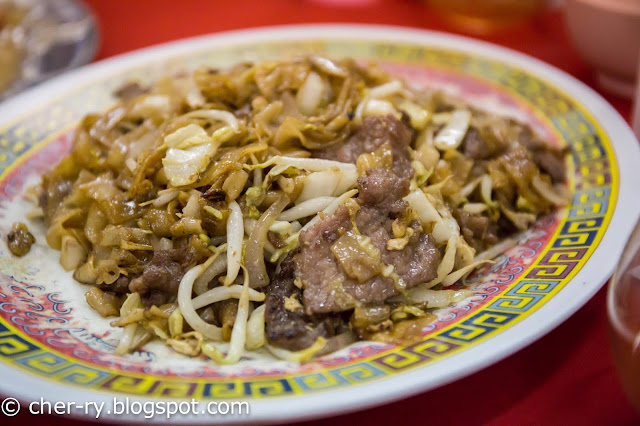 full of wok-hei....the breathe of fire....literally.
can almost taste charcoal in this dish.
Awesome...never fail to impress :))))) 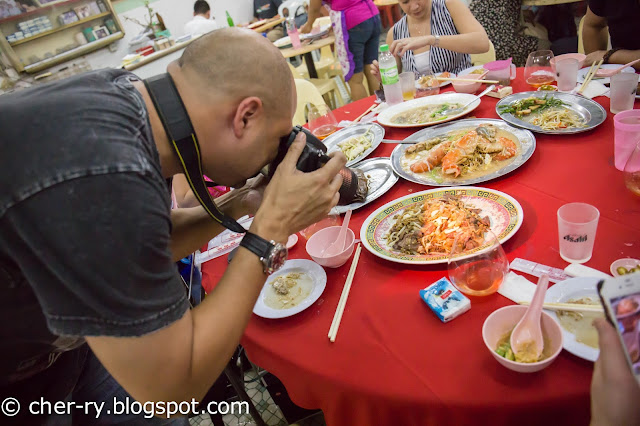 as alwiz...the Camera(s)ssss get to feast on the food first b4 we humans can
I lost count on the number of cameras that evening. hahahahahaha 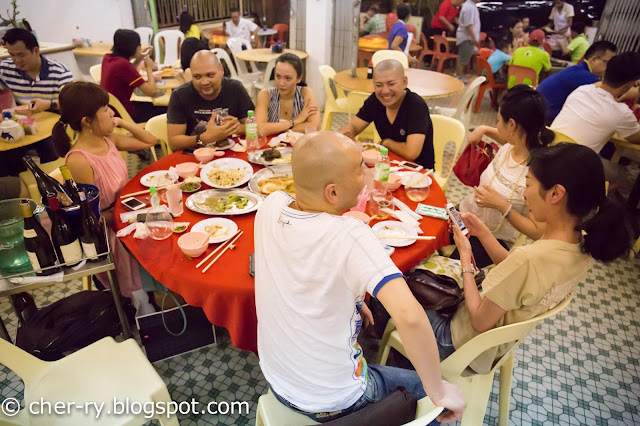 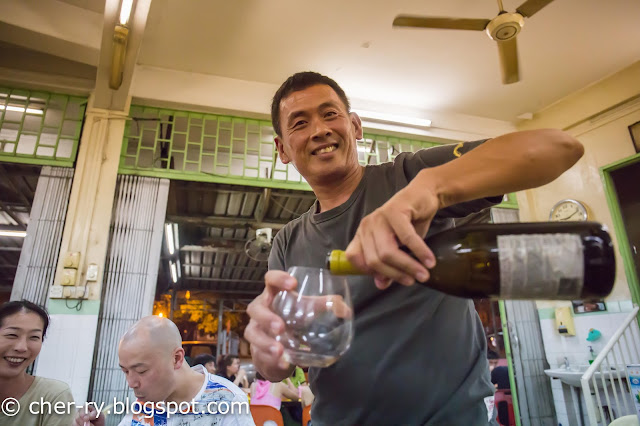 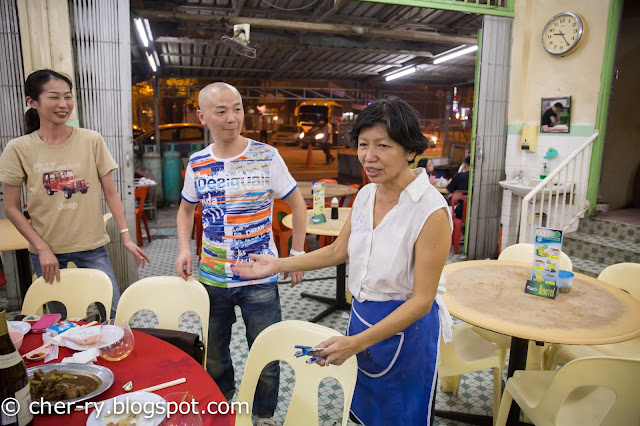 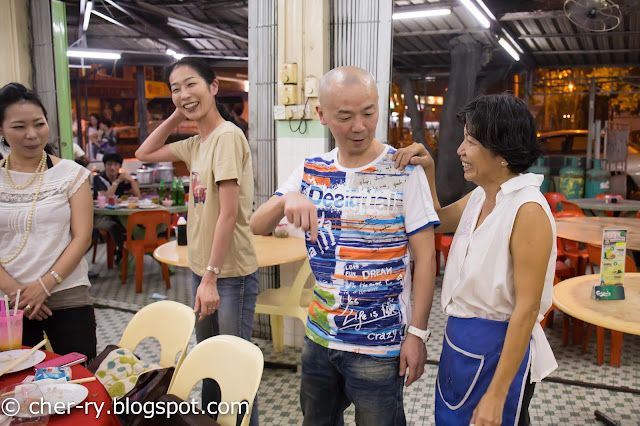 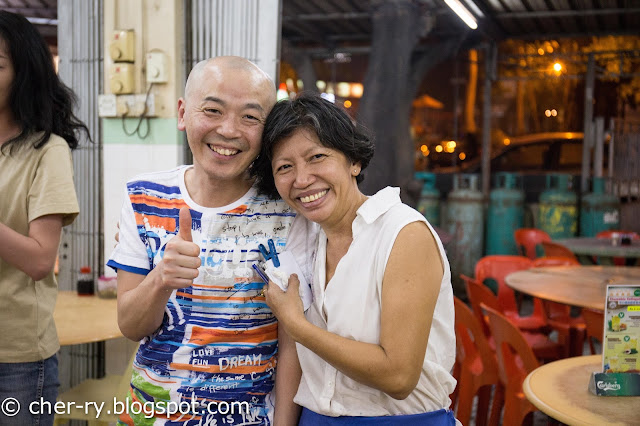 The two chefs made a pact to visit each other again soon.
they exchanged name cards and numbers :))))))))) 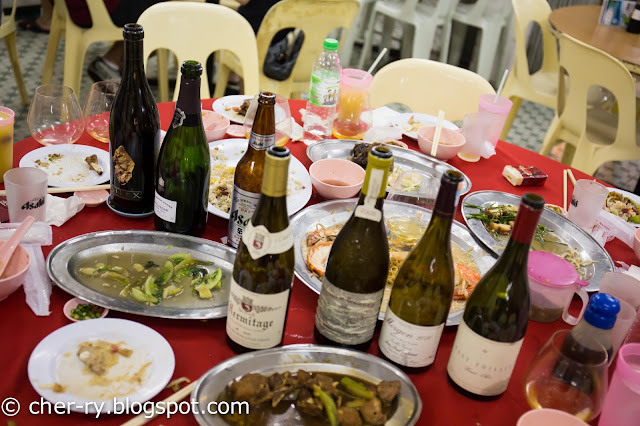 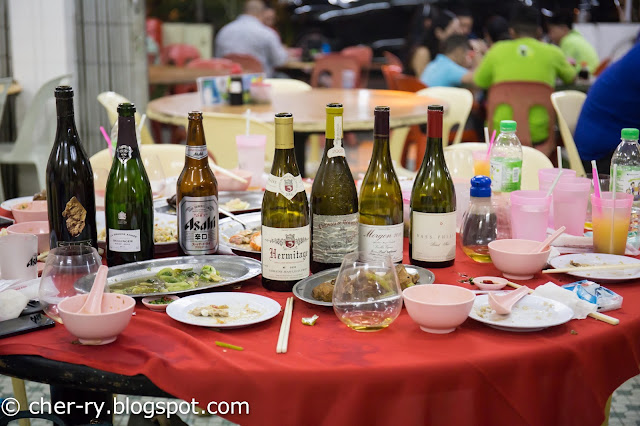 yeah all the drinks we had including Asahi and mineral water :P
hey mate I think u can do better!!!
to his protest he added: "I'll need at least an hour to style them properly!!!" 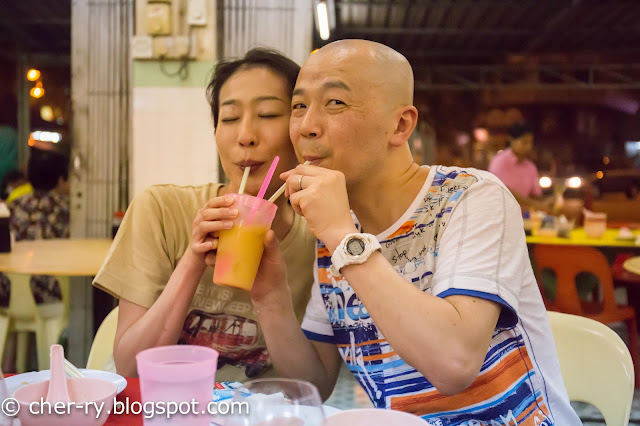 Oshino-san: "What is this?"
Monkey: "It's Malaysian yuzu."
Oshino-san: "U have yuzu here?"

hehehhehe that's the closest comparison I could come up with. Of coz the yuzu is much more delicate and so blarddy expensive!!!! 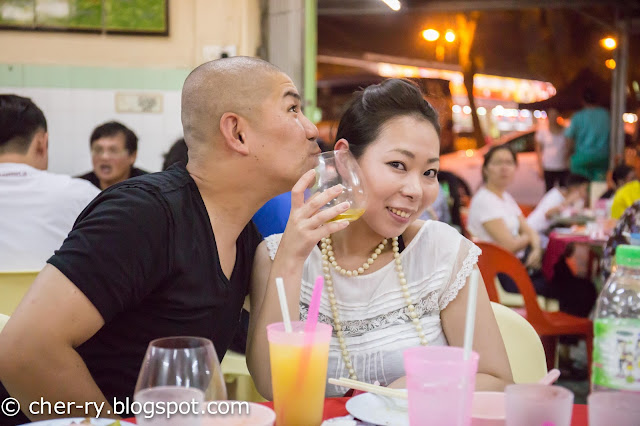 Chef Kiku and GF are pretty romantic young couple :)))))))))))
He had a one year stint in Indonesia before ending up in Singapore so Chef Kiku can speak Bahasa Indonesia....

When the platter of squid was served he said "Cumi-cumi!!!"
hahahahahaha 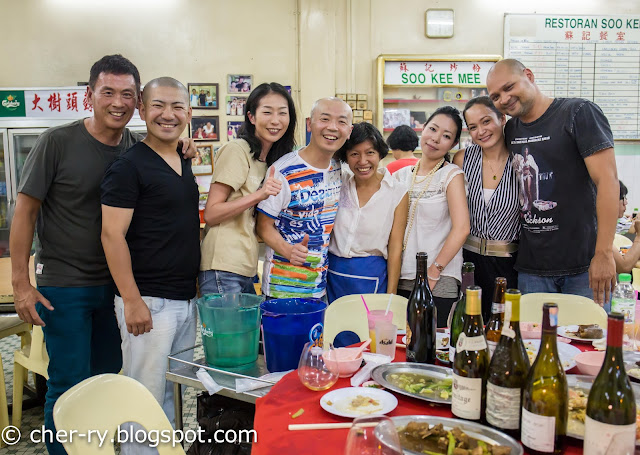 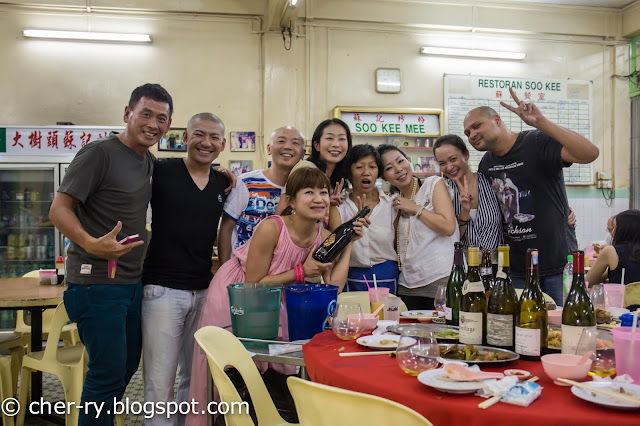 I noticed we have 3 bald men...
the chefs had to shave bald for discipline in the kitchen...but as for Aman K, guess he wanna be a kiwi....hehehehehe 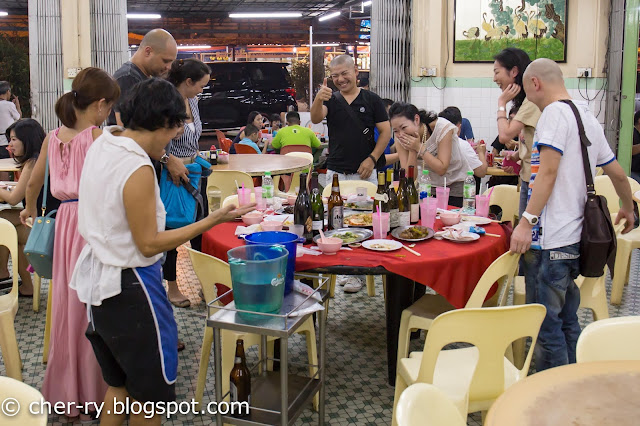 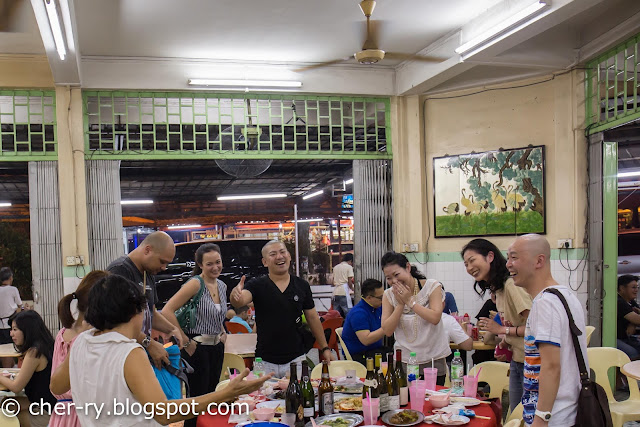 The chefs thanking Chef Jessica for the great awesome meal.
nope, dinner isn't over....coz we crossed the small road to the durian stall. 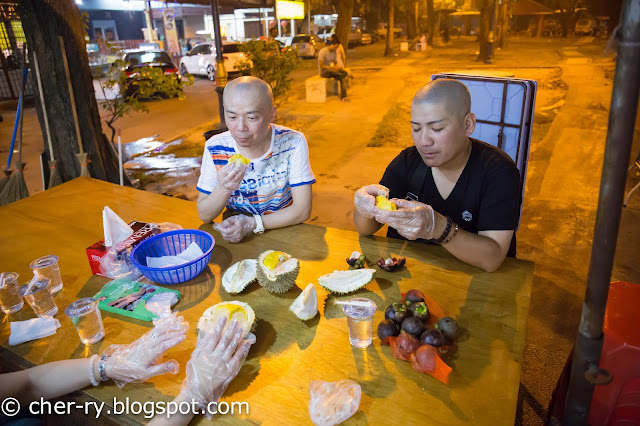 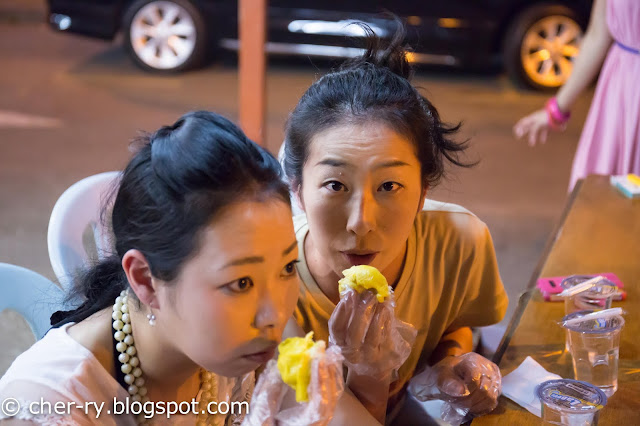 the ladies were sniffing it....
hmmm it smelled like onions!!!!
hahahahahahahahhahahhaa. It took them many minutes before they can put them into their mouth. 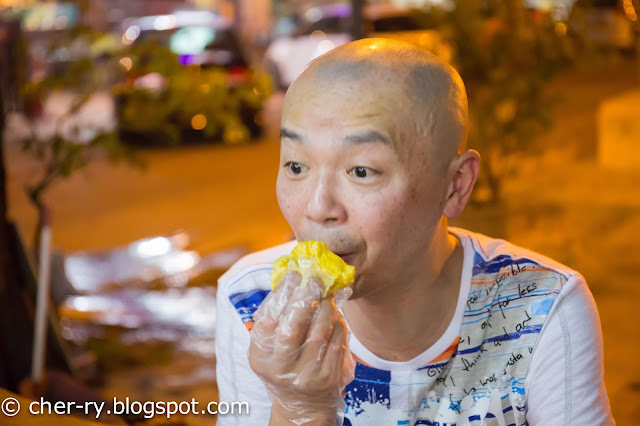 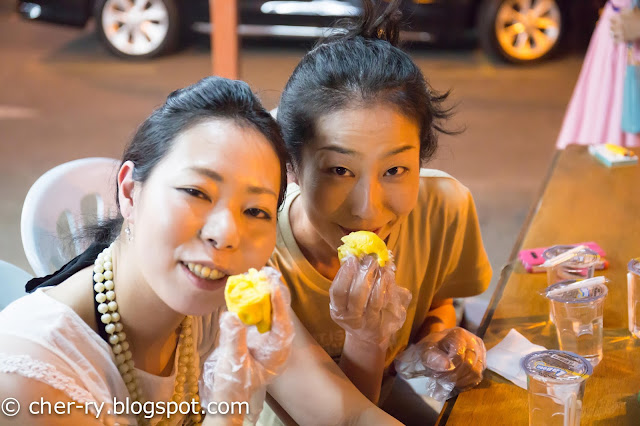 the ladies agreed it was much more tastier than it smelt
hehehhehehehe just like custard.

in fact we had many other dishes at Soo Kee, I didn't post them up. The other dishes are pretty tasty like the kongfu chow, fried rice and some other vege...lastly, I almost had to wheel our guests into the MPV back to their hotel.

The chefs finally concurred that Malaysian food is so much more tastier than Singapore's food....bahahahahahahaha
Glad that all of you enjoyed our lil Malaysian local food fare. Till the next time!!!!

wah, got special connection till the lady boss cooks for you!! I went here once only, I do like their Cantonese beef hor fun.. slippery goodness! Oo.. that squid iwht chives looks really good.... I must remember to order this...

I can tell everyone had a fabulous time with all that smiles & bottles of wines!

Txs food dreams. Oshino San is the Masterchef at Shinji restaurant in Singapore. That place I rate as the best sushi you can find in this part of the world!! :)