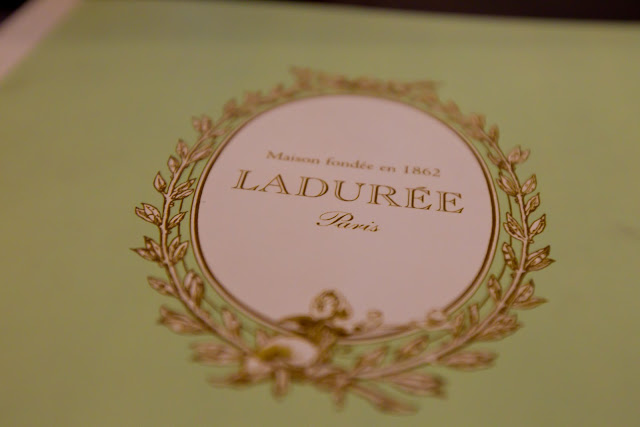 ohhhh this elegant exquisite name is alwiz associated with MACARONS!!!!
well they are after all the FATHER of MACARONS!!!!

okie technically macarons was invented ages ago, but it was Laduree who got this idea of using 2 pieces of macarons and sandwiched them in between fillings of lovely ganache

Laduree was established in 1862 by Louis Ernest Laduree
they were bought over by the Holder group who also owns PAUL bakery
with such takeover, one can expect massive investment and heavy expansion
so Laduree is available these days in almost important cities
like Geneva, Monaco, Zurich, Tokyo, UK, US, Italy and also a few Arabian countries 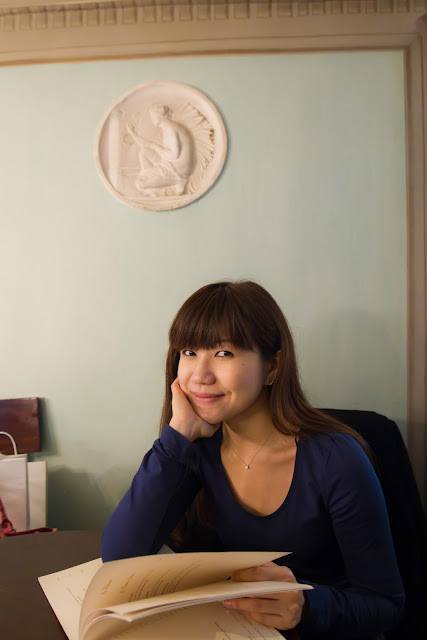 today they have expanded to more tea salons, pastry shop, ice cream parlour
and their very first beauty lines of makeup will be launched next month in JAPAN!!!!
all the makeup collection will be inspired from the lovely colors from all its Macarons creations

usually in betwee shopping or sight seeing, we'll take a coffee/tea break
in any country that we visit even in Asia
so in Asia we'll do the Asian style
*read bout our Thai tea break in Bangkok last year here* 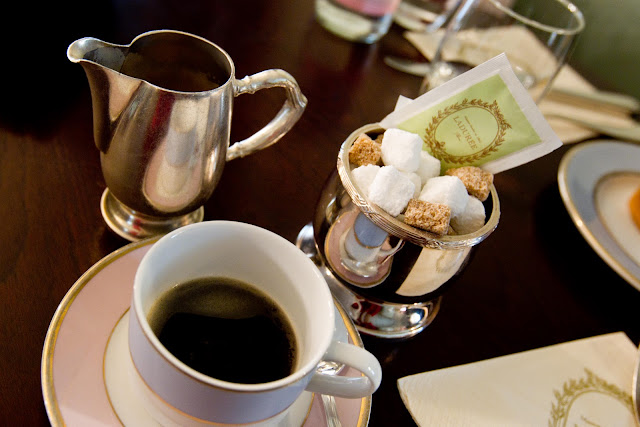 Coffees in the middle of the day is compulsory for us :P
yep we are coffee addicts...without one in the morning, the entire day gonna be unproductive
so another cuppa in the afternoon or after meals are like a booster
however we dun have coffee after 5pm, unless it's a decaffeinated
generally most ppl do tat
this has prompted Starbucks to revamp its business module
it has been announced this week that they will be selling a different type of brew - alcohols
else the number of customers decline as the sun sets....
I wonder if this gonna happen in Malaysia...hmmm.... 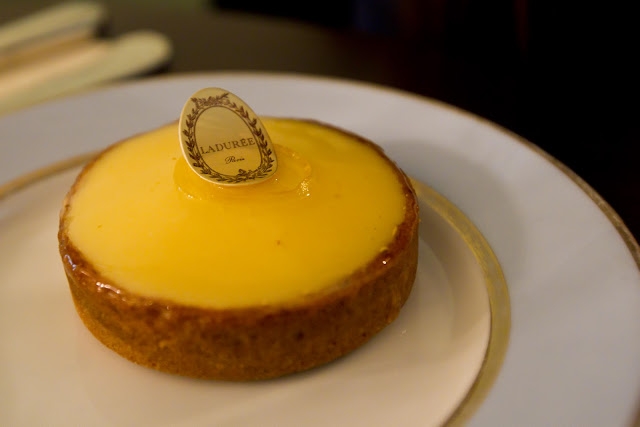 now let's set our eyes back to Laduree and this sweet lil tart
Lemon Tart
there's too many items I wanna stuff my face with...but I can only choose one
*esp with JS's slitted eyes staring at me*

it's even more difficult that getting a nice pair of shoes or that oh-ahhh-bag
coz if I really like them, i'll just get the same in different colors
*which I usually do*
but with food....it's perishable and my tummy has got such limited storage...
maybe 20 years down the road, scientists would have invented an external stomach
*u know the way how external disk works* 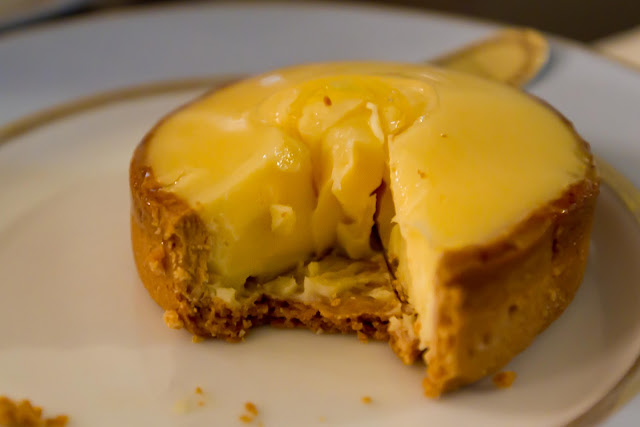 the lemon custard fillings were silky smooth....
once it's on ur tongue the curd just glides and danced in ur mouth
almost like eating butter
bit with a lemony tang

only setback was it's way too sweet but french lurve their pastries SWEET!!!!
but still better than the Greeks....I get toothache eating Greek pastries
its crust was pretty good too

Do take some time and visit their beautiful lady-liked website
so u can continue to drool at their products :P
www.laduree.fr

Nice. Must look up the lemon tart recipe as I bought the book the other day in Spore.

Hi David, thank you for dropping by. The hotels rates vary depending on arrondissement/area. You can check out tripadvisor for more details. :)