The Men Cooked up a storm in Singapore 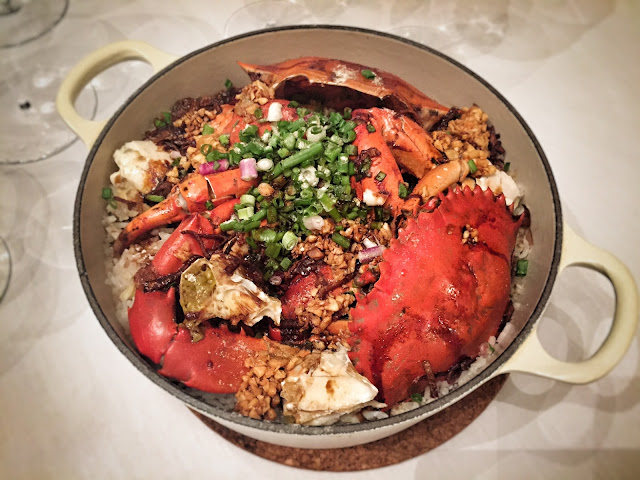 Claypot Crab Rice, all made from scratch

If a pic taken with an iPhone could be so stunning, the real dish is even more awesome. Agree? So it was one of those weekends where we would bump ourselves to Singapore just for catch-up session. Session of food and wine indulgence, sometimes it has to be done quietly......shhhhhh....stealth mode into the country and quietly out. But these days with social media, u can hide no more unless u decided not to post nor share any pics. 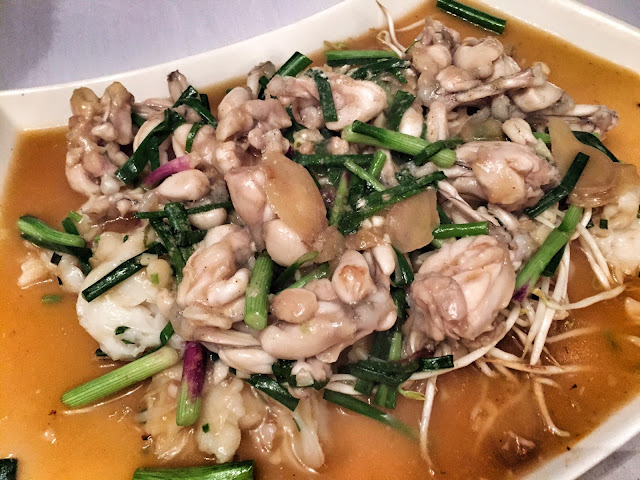 another stunning dish of fresh frog legs wok fried with "hor" or kuey teow or in english, it's known as flat rice noodles. Kowfuu made sure there's plenty of "breathe of fire" on this dish. Usually beans sprouts are used to introduce the smokiness into the dish by frying it first on the wok to release the aroma, then u throw away the beans sprouts before actually frying the ingredients and adding more fresh beans sprouts.

According to the Men, this is wat the Char Kuey Teow guy does too. This technique is to release the smokiness and intensify the breathe of fire. JS and Kowfuu does a lot of analysis and discussion when it comes to cooking....from techniques to suppliers, to ingredients and methodology. It could be one single step that makes a whole world of difference.

But I was too bz slurping down my frog legs hor.....the smoky flavours and the fresh sweetness of its muscles. Definitely better than fish and chicken hahahhahaa, that's wat I usually tell the kids when they refused any frog legs. By far the most orgasmic frog legs I had were there ginger fried frog legs at Jade Palace Singapore and the home cooked ones by Chef Takashi Kimura. 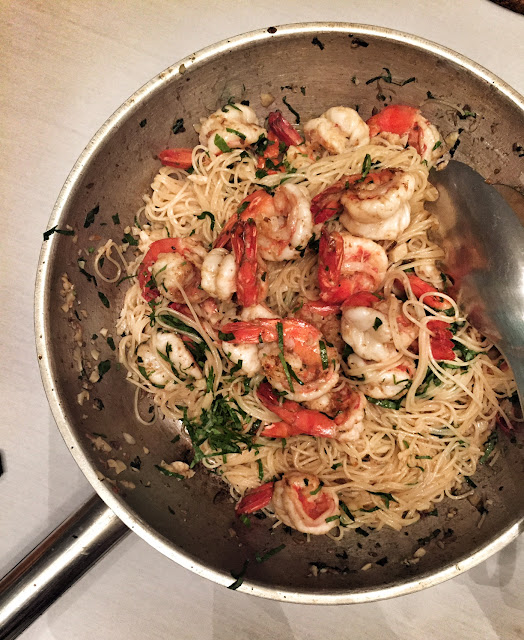 JS cooked a huge pan of prawns pasta with oil rendered from the prawns heads and shells. I guess the men were trying to save some plates and dishes by serving it directly from the pan. While the poor maid was still busy scrubbing and washing ever since they started cooking.

I didn't snap pics of most dishes, must be overly happy bcoz we were drinking since 12pm. Weeeee areeee the champions my friends.......and weeeeeee'll keep on drinking till the endddddd. Okie correction...Monkey always promote drinking responsibly...so always consume alcohols in moderations and do not handle machineries nor drink and drive!!!

So I resorted to drinking daikon soups and ended having 3 bowls. So yumssss, slow boiled with amazing ingredients inside. Okie u won't wanna know, it's basically all the good stuffs. :))))))) 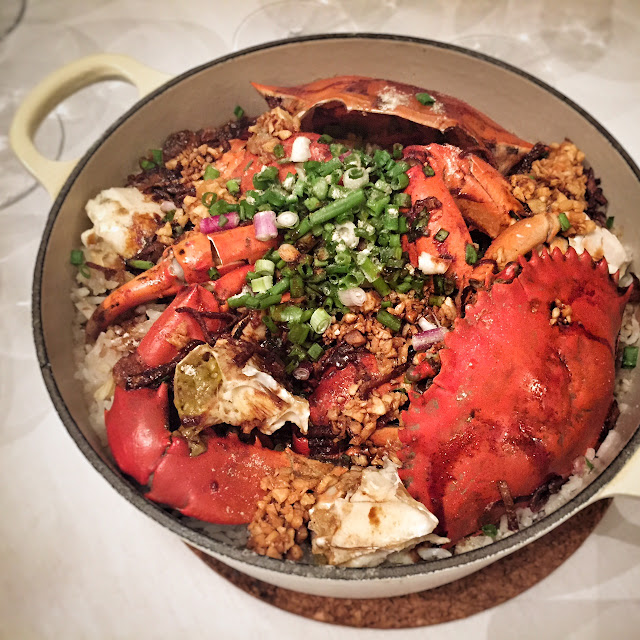 The Men kept on churning food outta the kitchen while the really blessed and honored guests were bz chomping and nom-ing down every single plates/bowls and glasses of champagnes and wines.

With all the superior ingredients made to pair and complement each other, this pot of rice was really a bomb in terms of flavours. Kowfuu not too happy about the texture, he said he's gonna try again. 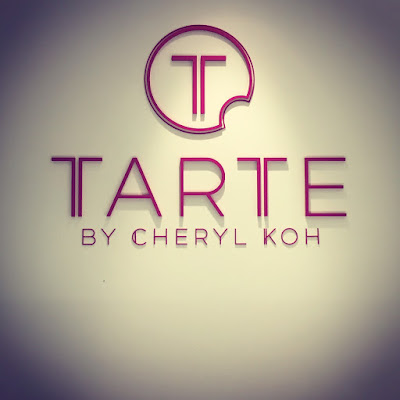 while doing lunch, Boo_licious  mentioned that these tarts down the road were to die for....and bcoz we were so full to the brim from lunch, we decided to pack some of the tarts back. Sadly at around 4pm after our lunch *ahem yea it was a long 4 hours lunch* there were only a few options left. 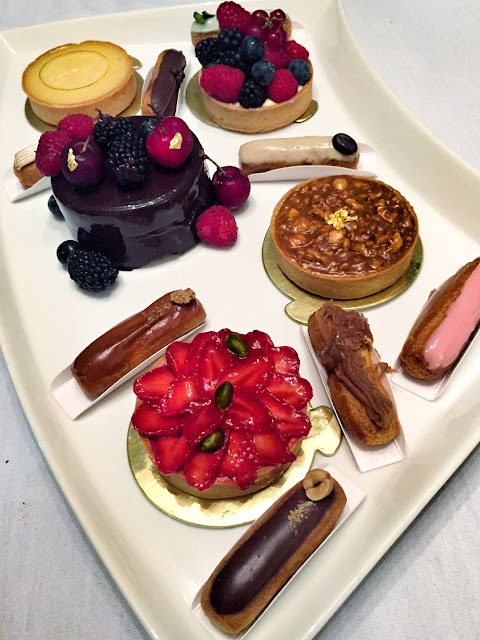 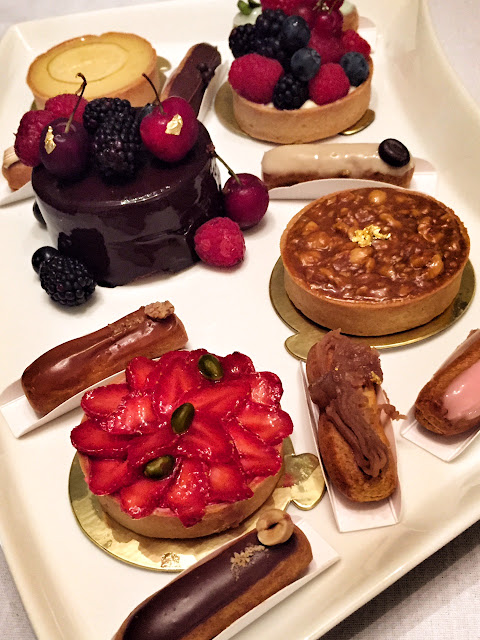 So we packed back strawberries, lemon curd, berries, caramelised nuts and some eclairs back. Really really yummy especially the pastries.

The single odd one out was the chocolate cake - packed back from lunch at Les Amis. In order to get privilege to settle the bill, I told the Maitre'D that it's my bday and I'm buying lunch for my dearie friends.....somehow my credit card got rejected by the restaurant, bcoz the rule there is the person making the reservation gets to pay.

While J&J James told me that So Sorry, Singapore will never ever accept ur credit card. It doesn't work here. Haha very farnie. We never ever get to pay for our friends here......thank you so much for ur hospitality guys!!!

And bcoz i told a lil lie....or rather quite a big one...the restaurant wheel out my mini "birthday" cake with a song. *wham head onto table* all decorated with berries and gold leaf. So kids, never ever tell lies, there's consequences~~~~~ BOO!!!! 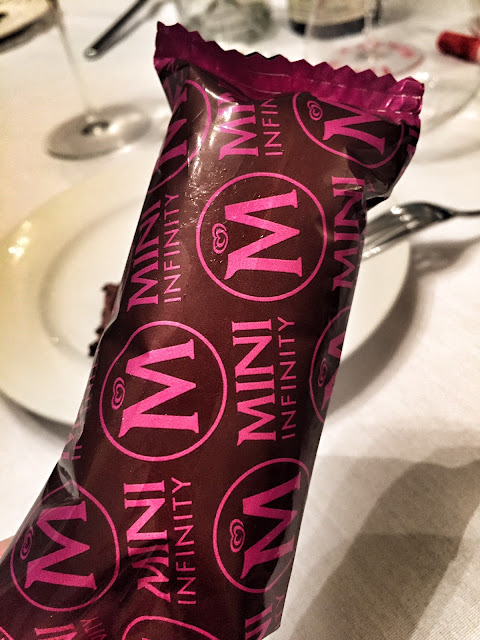 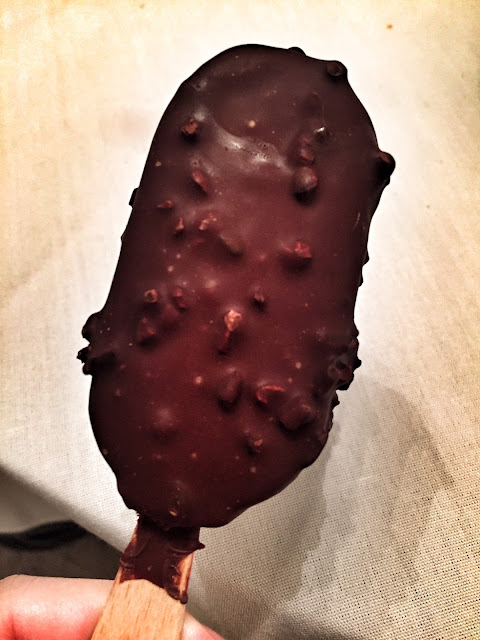 Mini Infinity dark chocolate ice creams!!!! so so good~~~~~
and after a few days of extreme indulgence......we flew back to Malaysia with really really contented tummies and happiness thanks to the amazing company of our dearie friends. 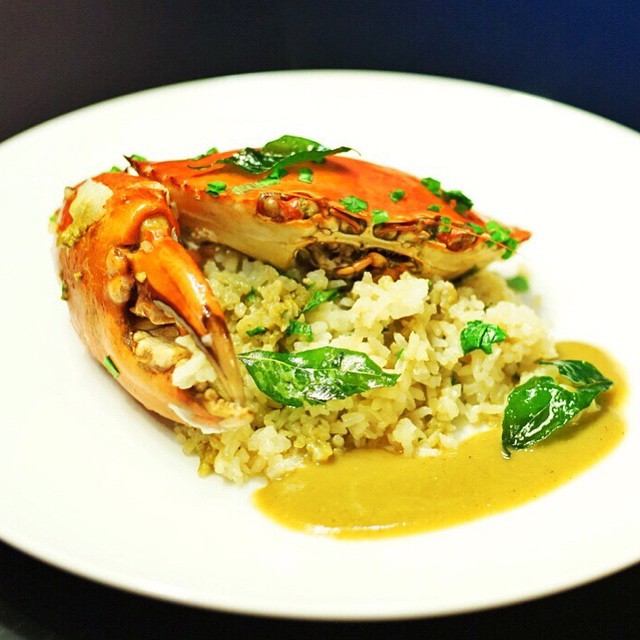 and bcoz Monkey was raving on and on and on about the Claypot Crab Rice.....JS cooked his version for me. Combination of Kowfuu's technique and the special avocado curry sauce from Chef Takashi Kimura.

What surprised me was the curry sauce tasted exactly the same!!!
"He gave u the recipe?"
JS: "Nope, I de-constructed it based on taste and memory."

Ok confirmed la, Chef Takashi will never ever share with u what's inside in the future. U copy cat!!!! kekekeke but it was an extreme good copy with amazing efforts to construct something out of ur taste memory.

Kowfuu was also amazed that JS combined the best of both world to make one single dish. Hahahaha...u damn can la Mr. JS. If u guys are wondering and would love to have recipes, these guys alwiz cooked without one. Depending on request, sometimes they have to re-draft something for my readers out of their memories. I can't cook without recipes. Even with recipes it doesn't taste the same, bcoz according to JS, recipe is just the beginning....it's all about technicality, timing and ingredients. Okie lor....u win liao lor...
Glossed by CHER-RY at 8:18 AM