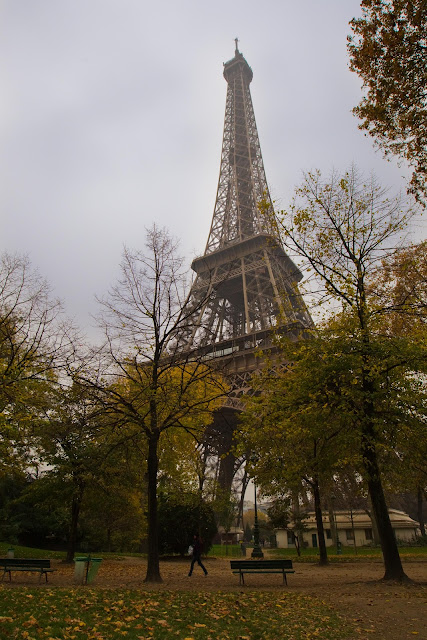 The Iron Lady.....
no no no...not me...
the Eiffel Tower
yep Iron Lady or La Dame de Fer is her nickname 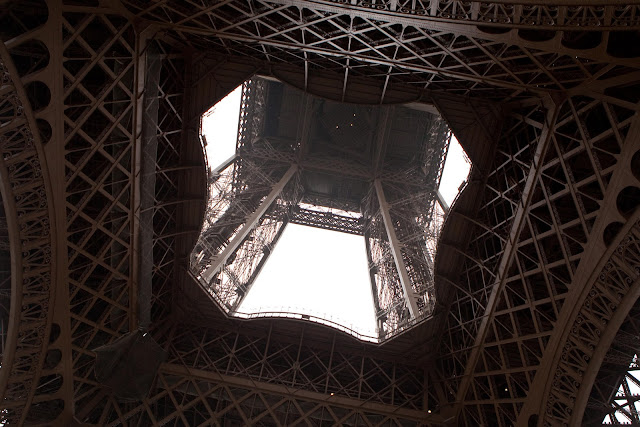 Built in 1889 and named after its designer + engineer Gustave Eiffel
for the World's Fair
it was supposed to be temporary just for the fair but somehow that didn't happen
and it's still standing tall until today :))) 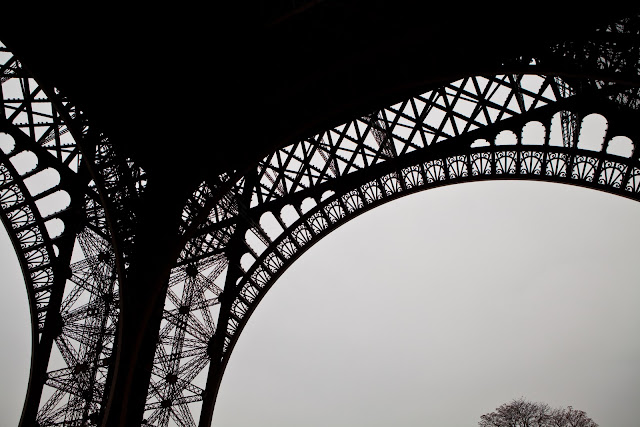 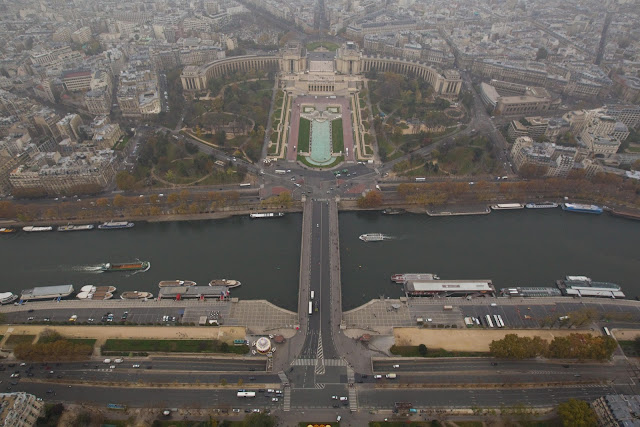 from the highest level at 273m = 896 feet
here u can see Trocadero the Palace de Chaillot
pronounced as Pah-leh de Sha-Yjo
dun ask me why the language is so difficult...go blame the frenchies 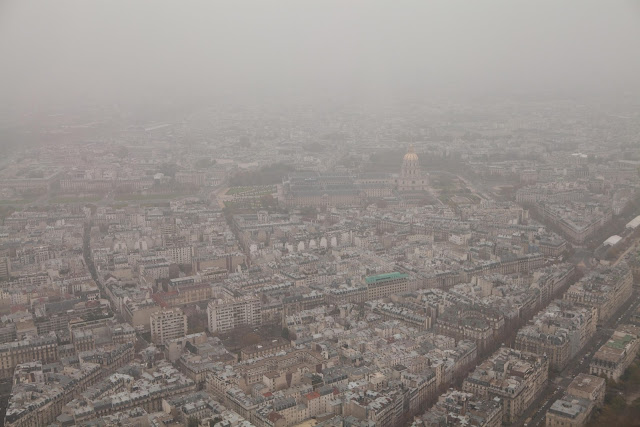 see the Golden Dome there?
that's Invalides where Napoleon's tomb lies
weather wasn't on our side esp for photography 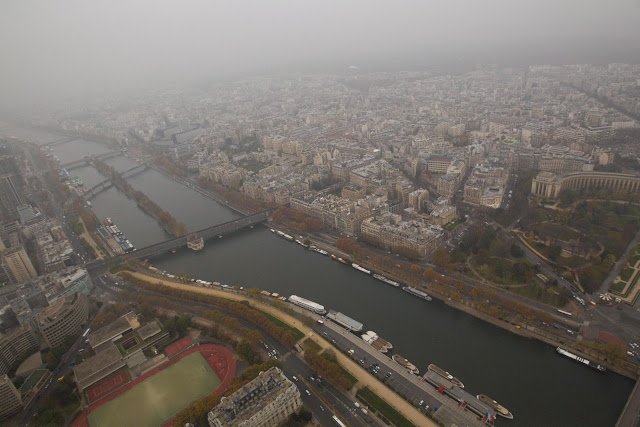 the beautiful Seine River
:)))))))))))
visibility was reduced due to the winter fog
so the best time to visit Eiffel Tower is on a clear clean crisp day 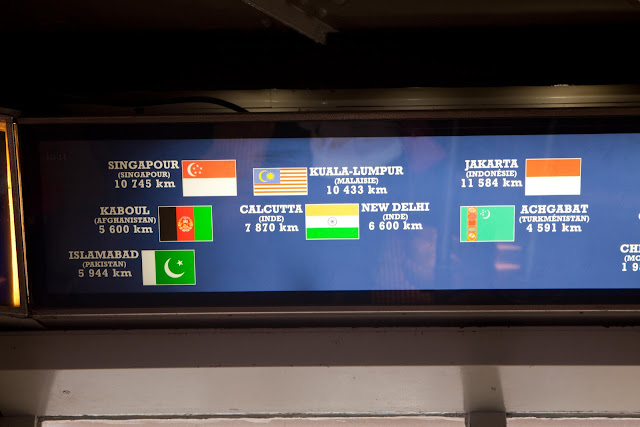 we are 10,433km away fr home!!!!!
the top floor featured this gallery of 8 sides
each sides pointing to the direction of where the countries are
so we are also on the same direction as Pakistan and Afghanistan huh?
I think the name of Singastan and Malaystan sounds good :P 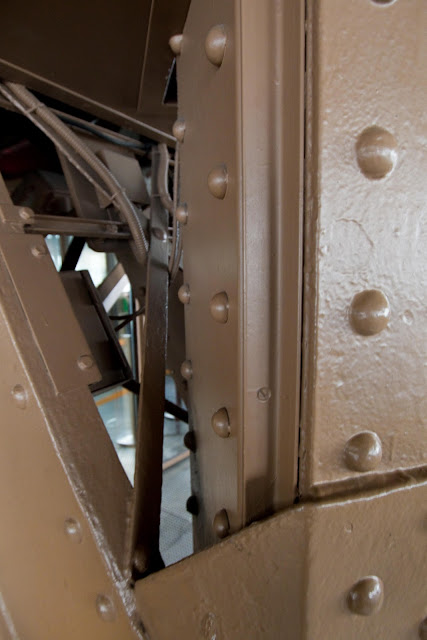 the bolts!!!! they were huge!!!
every 7 years, the Eiffel Tower is repainted with 50-60 tonnes of paint
and the process of repainting takes years..
so by the time u are done...it's time to paint the part where u started
wuahahahahahaha 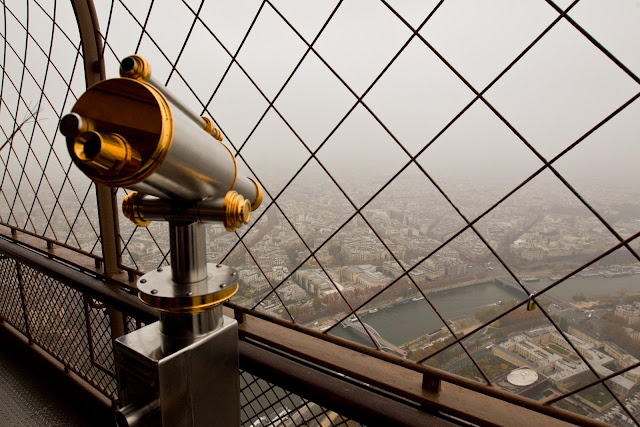 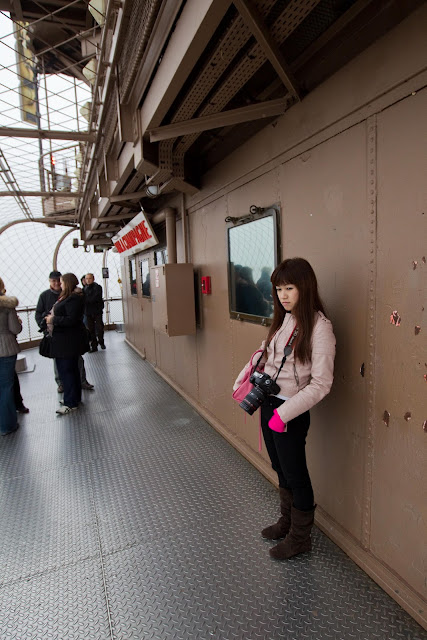 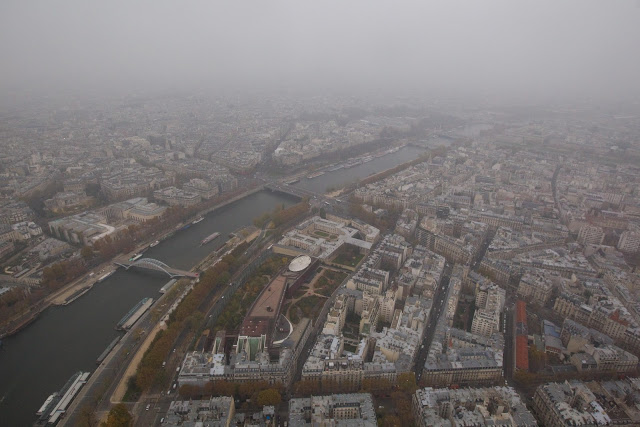 nevertheless it feels good to be up there
from here u get the 360 degrees view of the whole of Paris
on a clear day, u can look out further 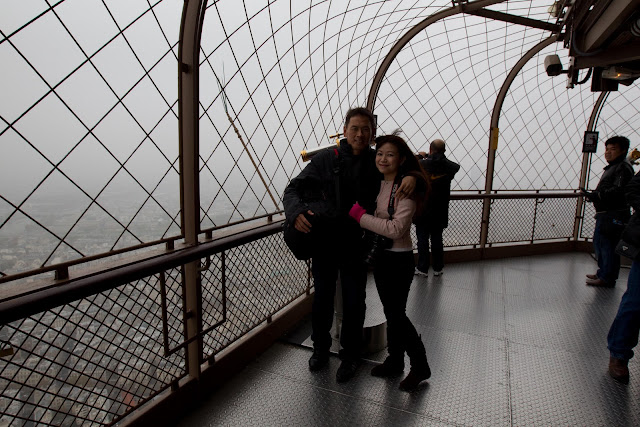 later JS pulled me for a pic
yes literally pulled coz my feet were so heavy, they were draggin on the floor
with my weight as heavy as a pile of steel 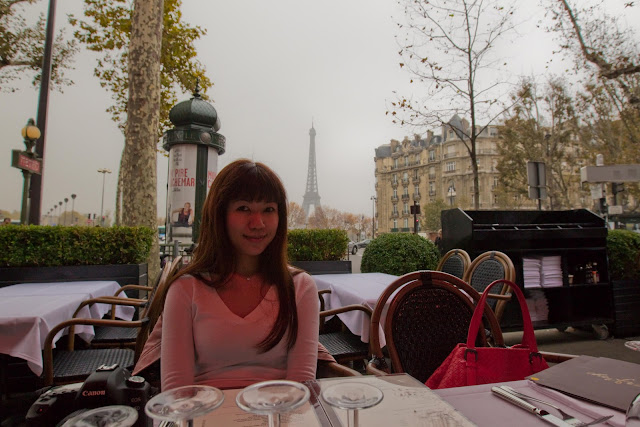 Later, for my reward for being so brave *kakakakaka*
JS treated me for lunch nearby at Chez Francis
the brasserie is located at the junction where Princess Diana and her lover were killed
yea that very famous road/tunnel 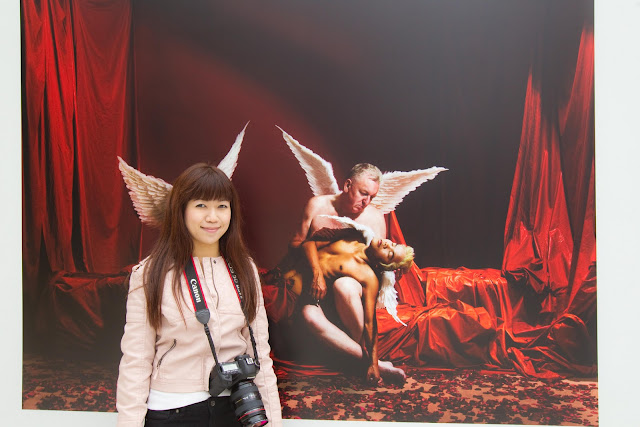 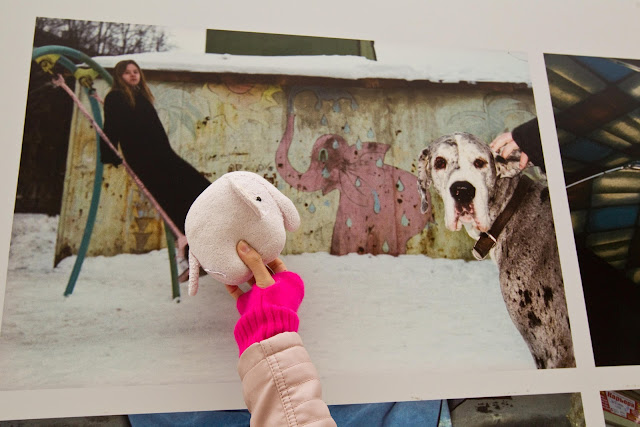 If u found this post too short
that's bcoz I'm just too busy
sorting stuffs at work
and arranging for things/events/travels up to April 2012
gawd looking at my WORK calendar I seriously think I need 60 days a month!!!!

so romantic lah you both! *envy*

hahahah I hope we are romantic :P
*nudge JS*

Start planning and u will be there :)))