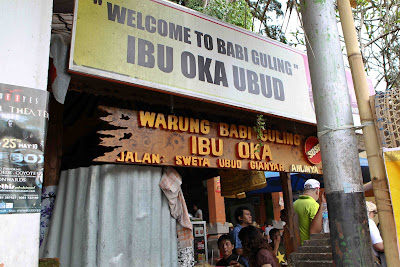 this is the best and no.1 in the whole of Bali
believe me, u dun wanna go anywhere else for Babi Guling
Ibu Oka was featured countless time on TV Programs
food review, magazines, newspapers, all sorts of media from blogs to online forums
and personalities like Anthony Bourdain visited it as well 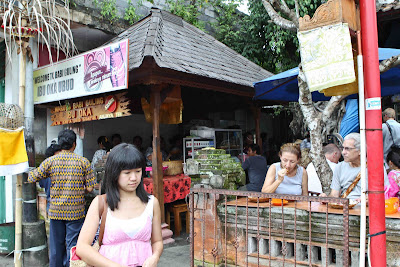 Monkey and JS were here :P
believe me this place was thronged with TOURISTS
so pls do come by early for lunch to grab a place
most of the locals go to Ibu Oka's house, she operates and cooks fr home
this one here at Ubud is a short distance fr her home
and more convenient for tourists like us 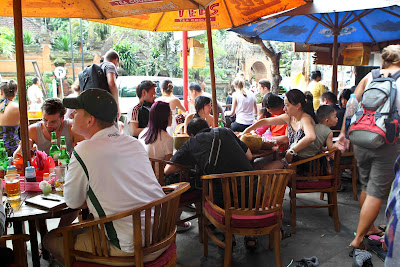 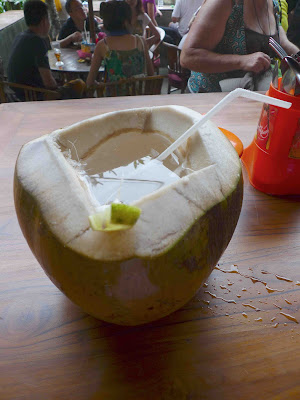 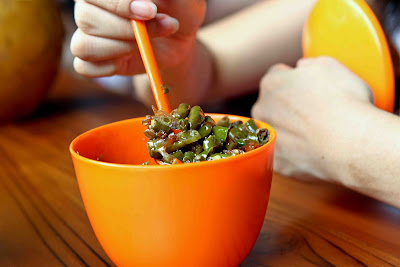 this pickled spicy hot can die chili was AWESOME
totally kick ass
we invited our driver to join us
and Monkey kept on "PEDAS PEDAS PEDAS"
apparently it's called "PANAS" here :P 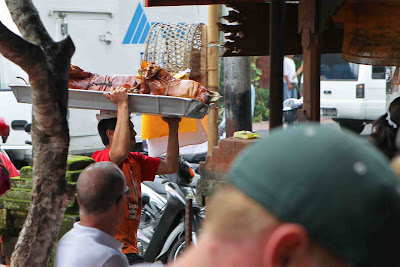 suddenly we heard a roar of happiness fr the patrons/diners
and everyone stood up
I thought Michael Jackson has arise!!!!
ooooooOoooooo
the WHOLE PIG has ARRIVE!!!!!
carried by a man on his head on a motorbike fr Ibu Oka's home just some distance away
coz there's no space here to grill this bugger!!!
and cameras were flashing non stop
for a moment that particular Babi Guling was a PORK STAR 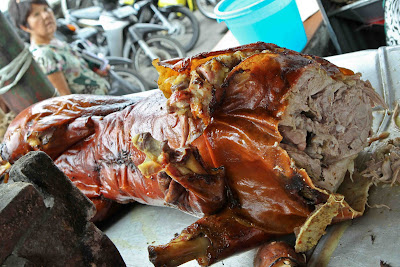 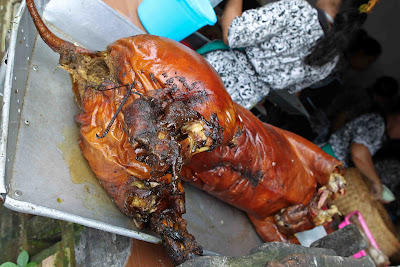 Babi Guling was marinated using a lot of yummy spices
tapioca leaves some coconut thingy *I think*
everything stuffed into its stomach, stitched up
tied on and grill for 4 hours 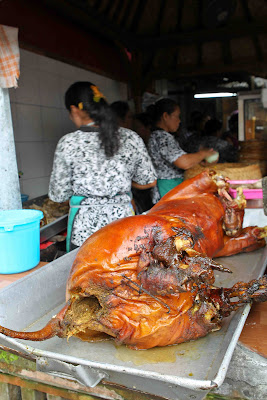 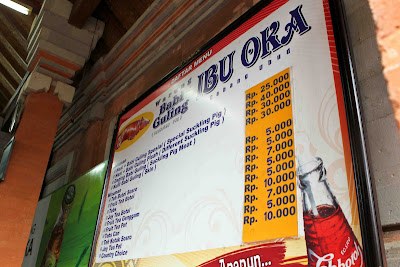 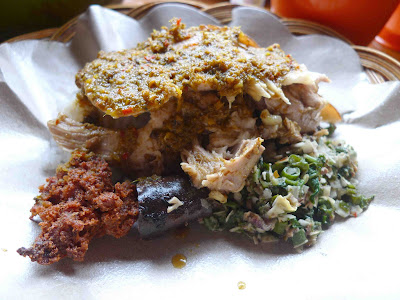 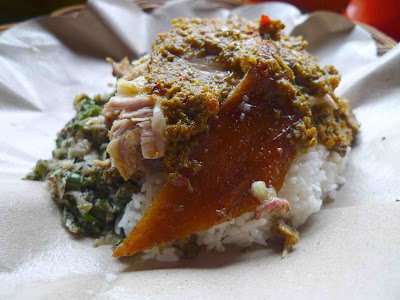 and a piece of its most PRIZED skin
OMG the meat was so moist
the amount of spices was just right.....
I was contemplating for a 2nd helping
and I think our Driver Komang watched in aghast how this Monkey can really eat :P 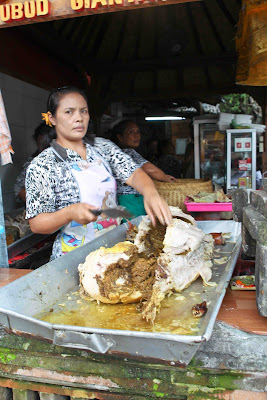 by the time we left...the pig....
was just a carcass left.....
I'm amazed at the volume of this shop
it was a weekday
this tiny hut can only seat a maximum of 40 people....
the queue was AMAZING :P
Many ppl can't understand wat's the fuss about
it's the spices here
somehow it's different coz we tried a few other babi guling in Bali
I think it's definitely worth it :)
Babi Guling Ibu Oka
Jalan Suweta, Ubud,
Bali, Indonesia
Glossed by CHER-RY at 8:04 AM

Hmmmm. Pig already got oil so unlikely they use coconut oil. I suspect coconut husk n shell as firewood!!