Barong and Rangda *by JS* 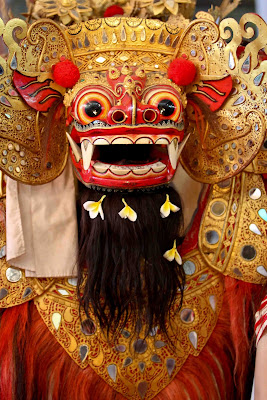 The Barong dance is probably the most well known dance in Balinese culture. It is a story telling display of Balinese history and mythology choreograph by the use of striking colors, costume and graceful movement like that depicted in Indian dances and dramas(ie, eye,neck,fingers,hips, legs,feet,etc all in sync!!)
It is also the ultimate story of the continuos struggle between good and evil which is held in balance in the Balinese cosmos as in Hindu belief, good kenot exist without evil and vice versa.
The Barong costume is deemed to be very sacred and is believed to be embed with the spirit of the Barong(the good). It actually performs an act of exorcism everytime it performs and dances!
For tourist(like us) this show is pretty entertaining.......infact it does drag a bit too long at times so you will do well with a pack of potato crisp or peanuts :) However to the Balinese it is also an entertaining show and in addition it provides the opportunity to keep the universe in total balance......ie, the good Barong versus the evil Rangda!
The storyline goes like this......Rangda the mother of Eriangga, then the king of Bali was condemned by her husband for practicing black magic. After her husband died, she summoned the evil spirits and demon to attack Eriangga. During the battle her troops and black magic was way too strong for Eriangga and his soldiers. Eriangga summon the help of Barong and hence the ultimate battle in Balinese history occur. Rangda cast a spell on Eriangga's soldiers that made them stab themselves with the poison keris in their chest and stomach......(yes, and you guess right)......as a counter measure Barong cast a spell that made their bodies resistant to the sharp keris :) 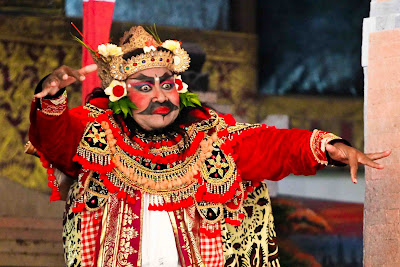 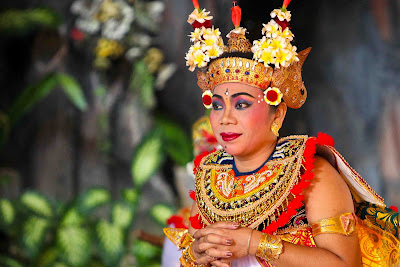 Eriangga played by a "woman" actually!! 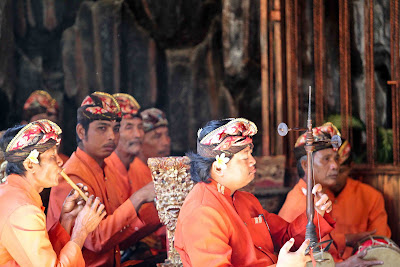 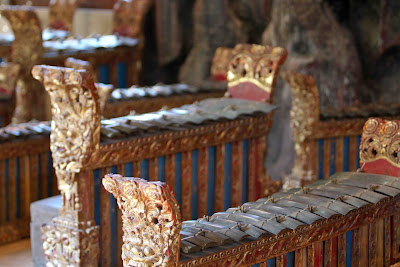 Music for the Barong dance is provided by this instruments and gongs....quite hypnotizing actually! 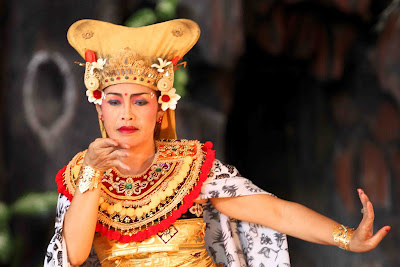 One of the scenes depicts the evil Rangda kidnapping the beautiful princess.
Notice the curled up fingers....like Indian dance! 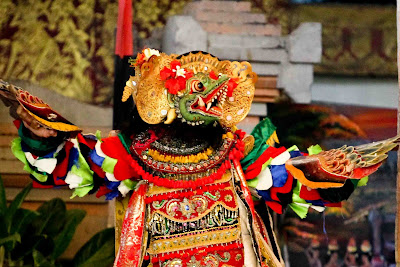 The dance even got the infamous Garuda! 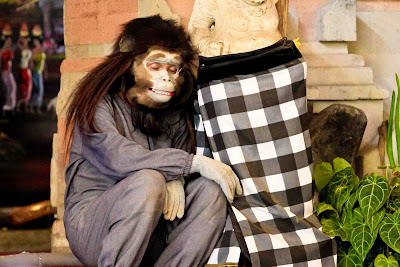 Somehow always got monkey in Balinese dance and culture :) 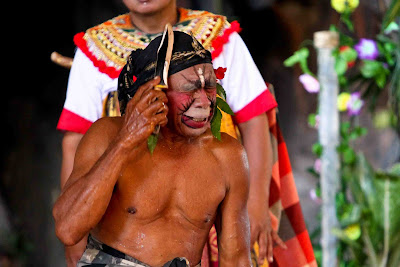 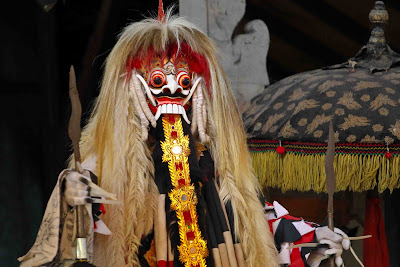 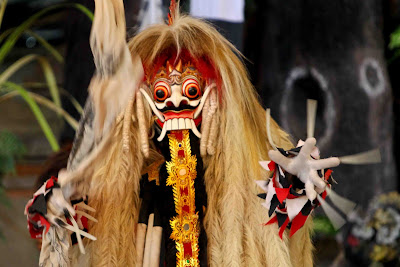 Yes, this is the Rangda, the face of evil......definitely someone you dunwan to meet while strolling through the beautiful terraced rice fields of Bali. 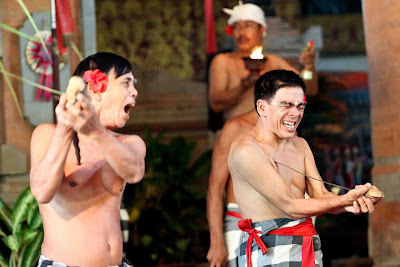 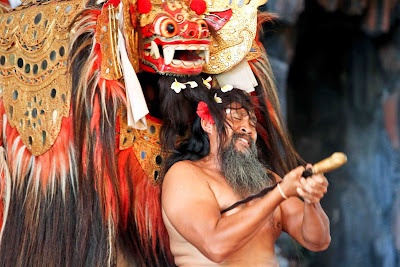 Barong to the rescue!! This scenes are so surreal that in some instances the "actors" do not stop stabbing themselves even after the play ends and the priest have to intervene using holy water to remedy the situation........ at festivals where the barong is performed, audience have been known to go into trance like state too....... scarry man!!
Hence at the end victory belongs to the Barong and Rangda runs away to fight another day ......errrrrrrrr, actually the next day cos there will be another display for the never ending stream of tourist....heh heh :) This way the cosmos will always be in perfect balance so folks when in Bali you have to help keep this balance by going to watch the Barong dance..... over and over and over
......get it :)
Glossed by JS at 4:17 PM

the monkey man is dozing off! Wakakakakkakaka....

the monkey man is dozing off! wakakakakakkaka...

How are you guys?

We r fine Elly. Just trying to find excuses to return to Bali. Haha. Trust all is well with u too:))

the Monkey Man was errr I think injured or something :P