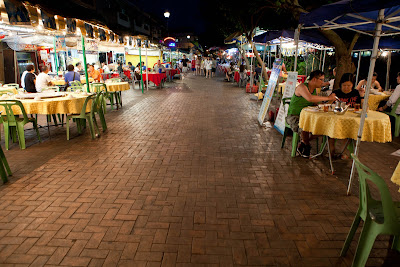 rows and rows of seafood restaurant was lining this boulevard that faces the sea
splendid view so u must come to Cheung Chau island before the sun sets
there's plenty to visit too if u have extra time in HK.....

Cheung Chau has got a beautiful beach, vibrant temples, oldest temple in HK is oso here = 1783 and some Rock that dates back to 3,000 years ago found recently in 1970. This piece of rock is now the National Monument of HK.

this place is such a gem....and by nite the scene is so different
we then tottered around the lil island at those narrow alleys
in search of more nite life and FOOD 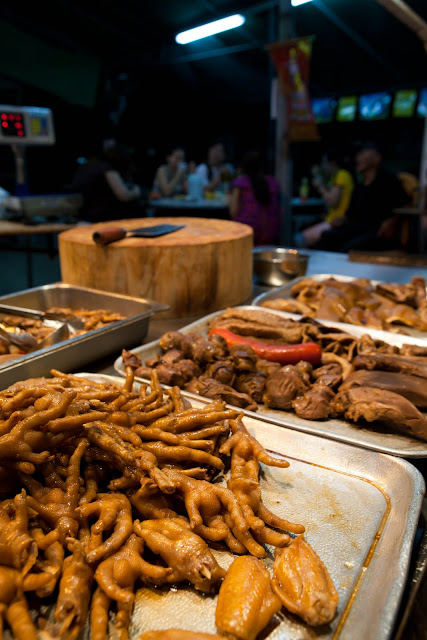 they even have the tongue and ears *pigs*
can u just look at the FAT chicken wings????
how come so few left??? U'll know after this post. 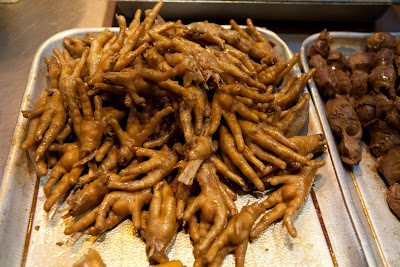 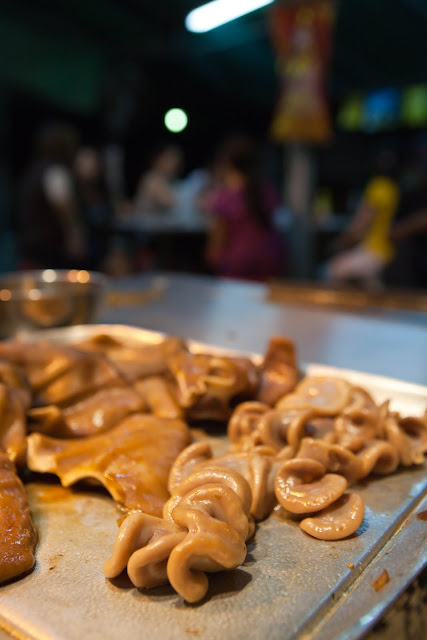 fallopian tubes....
okie it looked disgusting and yucky....dun think I've posted anything like this before

but if u do try eating it...it's a delicacy.
anyway it's either u hate or like it no in between
as for me...YUMSSSS definitely better than intestine bcoz of its crunchy texture
and it's definitely CLEANER than intestine
wuahahahahahah
I suppose most of u have eaten it before....in cantonese we called it "sang cheong" 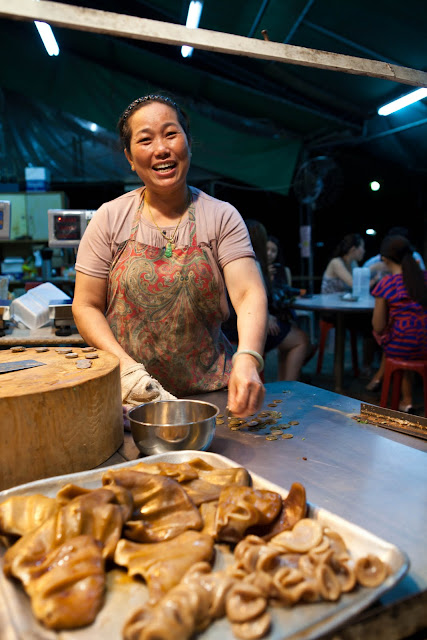 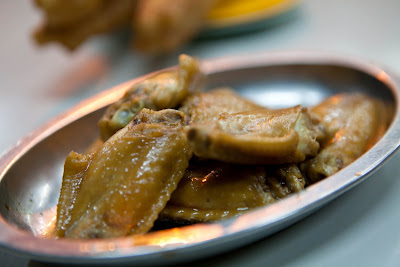 and so we landed all our FAT bums and started eating again
the yummylicious BRAISED chicken wings
lady boss said they braised it for hours in slow fire....so the flavours are infused
and the heat will not break the meat + skin + gelatine + tendon
so every single piece of chicken wings looked so pretty!!!!

and my GAWD the best-est braised chicken wings ever!!!!
can't describe...dunno how to describe...
speechless~~~~~~ 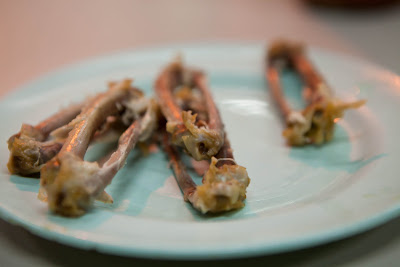 and soon it proved that it ain't enuff....:P
for us....hehehe hahaha
and the only thing I regretted was not tapau-ing!!!
I.Should.Have.Ta-pau.Some.back.for.my.5th.round of.Supper. at 2.am
grrrRRRRRrrrrrrrrrrrrrr
and now the taste and texture of the braised chicken wings will forever and ever haunting my mind..........
why do I alwiz torture meself???
self torture = pleasure :P
according to Sigmund Freud...did he?? 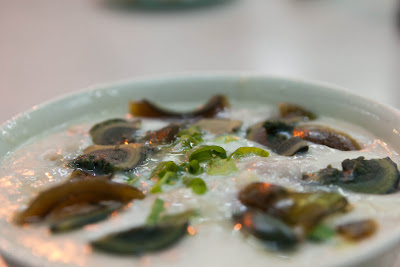 then there's the wonderfully prepared on the spot CONGEE!!!!!
can u just admire the thickness and the quality of the its grains?
it was boiled so well that its grains broke down and give this silky consistency

and its condiments, u can choose fr coagulated pig's blood, organs, kidney bla bla bla
even the lean pork meat was so smooth

but the most important ingredients I forgot....CENTURY egg!!!
so I told the Auntie i wanted to add and she came over with a knife and an egg
slice slice slice and the eggs fell beautifully in place into the bowl...on top of the thick silky smooth congee

we were like kids watching magic show...wuuuuuuaaaaaaaaaaaaaaaaaaaaa
camera shutters began to click and the rest of us were in a sprinting position with their spoons
coz we only ordered ONE BOWL!!! 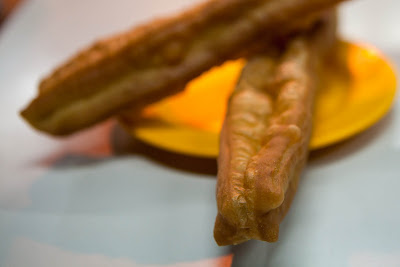 wat is porridge without her bestfriend???? YouTiao
there's a long history of this deep fried devil fr Song Dynasty
it actually resembles 2 human joined in the middle supposedly the traitors
and YouTiao has to be a foot long, I forgot wat's the story but it is a tradition 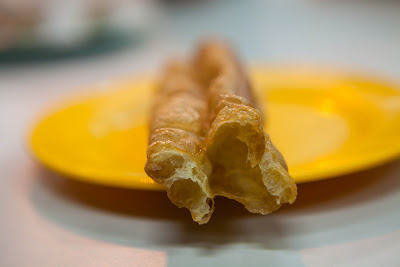 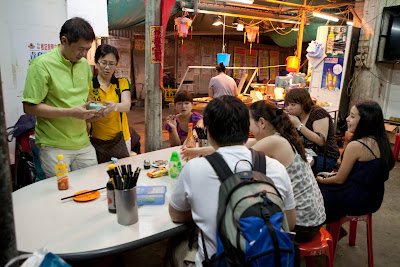 JS just wanna pengsan at all the food being stuffed down our throats
yeah not even his throat :P coz he already stopped eating after the seafood dinner

steamed & blanched chicken anyone???? kekekekke....
so nicely done with its yellow skin
this one not for sale...the ladies prepared it for their Full Moon prayers to the Gods and deities

u never know there's so much to eat in this lil island rite?
wuahahahhaha....
then we walked back to the Ferry Terminal to get our 9pm ride home
yeah I know so early rite? coz our dearie boss was rushing us...he didn't wanna miss the ferry and had to stay in this haunted island for the nite......but the last ferry is 11pm!!!!