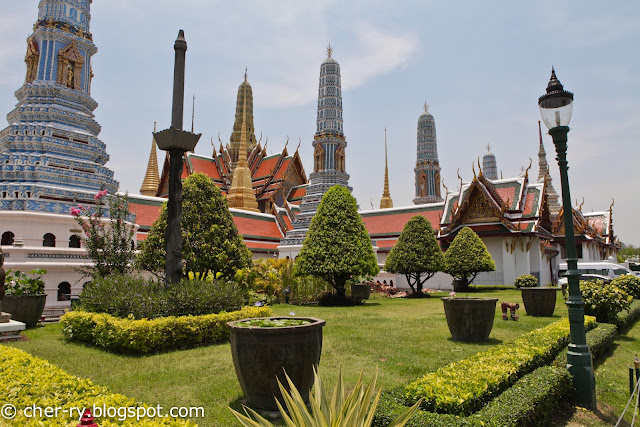 
so after visited the Emerald Buddha Temple we bid farewell and walked to the rest of the buildings
Grand Palace is different from the other palaces around the world, bcoz it was not built as a single building but clusters of it 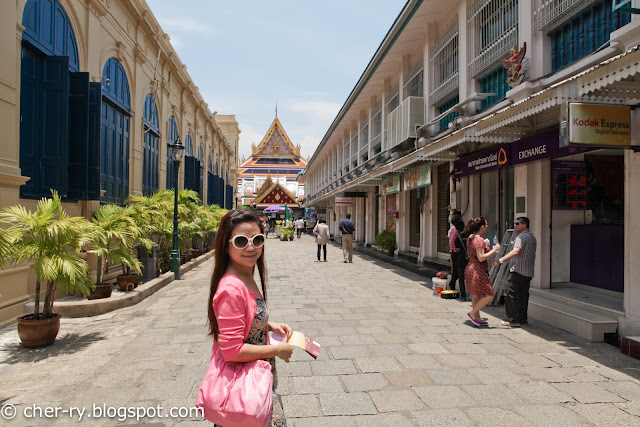 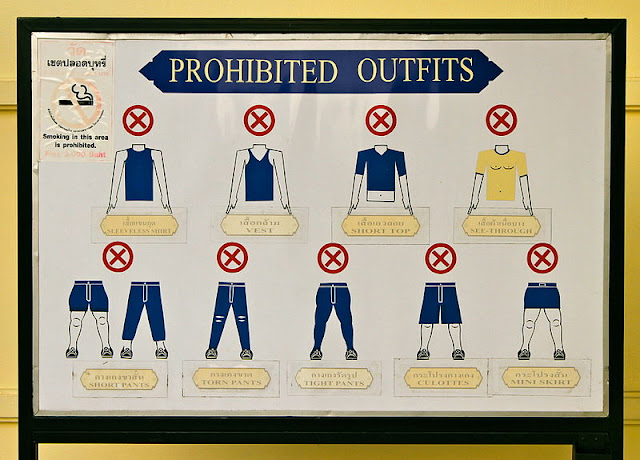 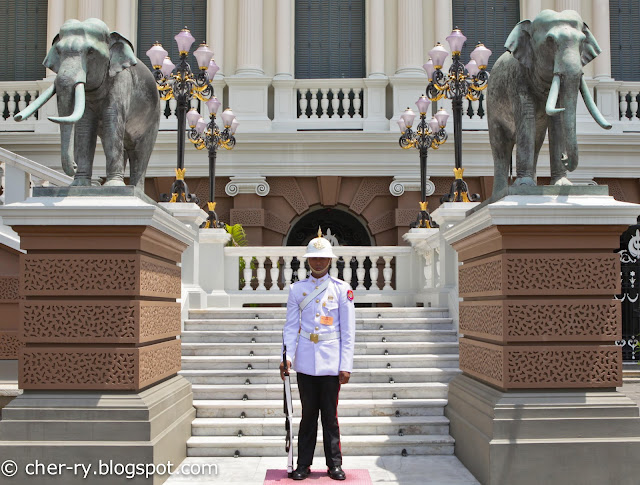 I didn't have the full pic of this entire building
but it's really different from the rest coz the bottom part was European influenced
while its roofs and spires were of Thai style
completed in 1882, it was built by King Rama V

if u guys would like to do some Friday reads, do google for some details about the Monarchs of Thailand
very interesting find esp abbout the death of at 20 years old

he was the predecessor of the current King
some ruled it as accident, some said it was a suicide but I think most importantly it was like a murder.
Until today, it is a NO-NO and taboo to talk about it in Thailand
Quick go and wiki it!!!
*or if u are too lazy, just click here* 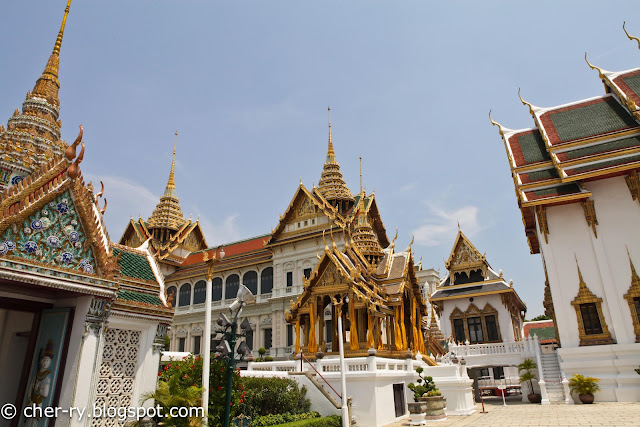 the next beautiful building is Pra Thinang Dusit Maha Prasat 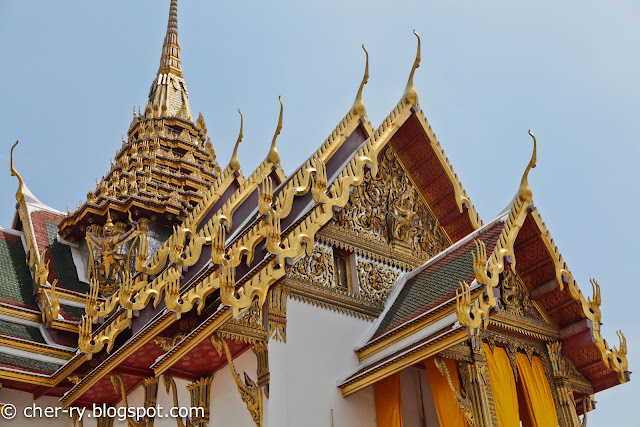 I kept on looking at its roof
gosh so sharp...no wonder no birds wanna hang out here...
it's like inviting for trouble
kekekekekekke
really beautiful and intricate :))))) 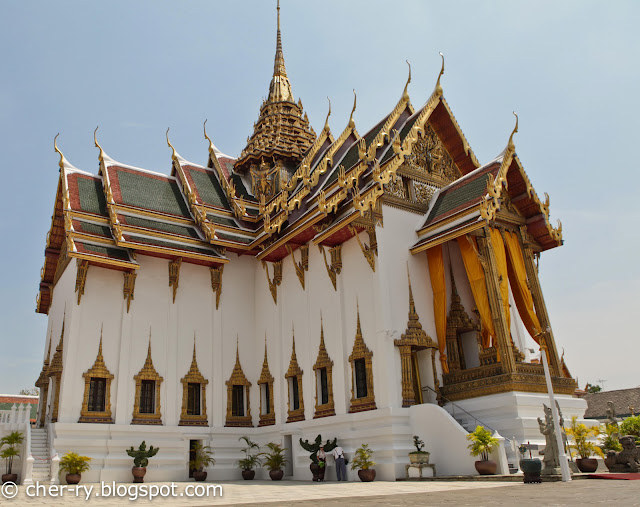 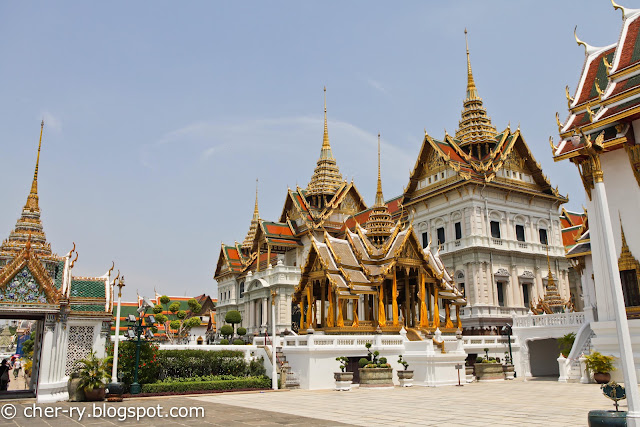 a beautiful open pavilion
we were not allowed to go up there
it looked like such a wonderful place to have tea and scones :P
but apparently it was built by King Rama IV as a place for him to change his regalia and clothes before entering the main building
-_-
so grand...no wonder it's really a Grand Palace


For your information, the current King and royal family do not live here
they moved out of the Grand Palace after the death *or murder* of King Rama VIII
prollie afraid that his spirit will haunt this place forever :P
I think I do understand where they are coming from for Thais are very superstitious ppl


PS: any CSI, you and me can solve this case, just that it's too political huh? prollie I maybe beheaded for even blogging bout it :P