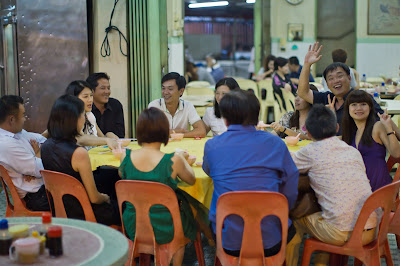 GOE & Monkey were the most jovial of the lot when it comes to food
JS didn't believe it...after our yummy dinner at Cilantro *Read bout it here*
we were craving for SUPPER :P and precisely we wanted beef noodle at this place 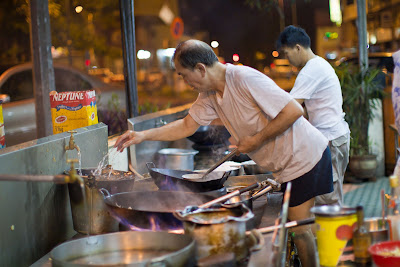 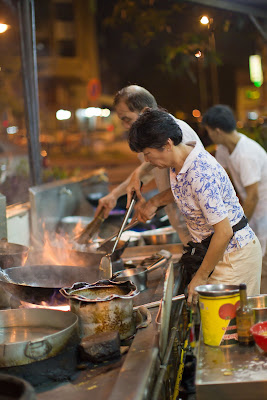 Lady Boss was cooking for us that nite
not very often u see her in action :D
and she speaks perfect ENGLISH 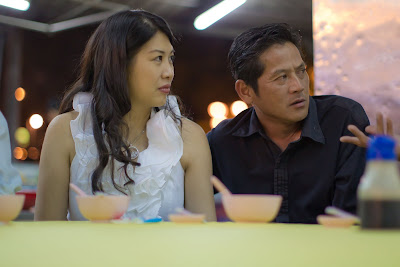 Birthday Boy and I-Ching...
she brought extra clothes to change fr her earlier dress
shows we WERE SO PREPARED for supper
kekekekekkekekeke

the rest of the ladies just tottered there in their 5 inches heels and pretty dresses'
Lady Boss and team were so shocked to see us...coz they were about to close.
even the Durian Stall opposite was closed...otherwise we would have feasted that for Supper's Dessert
errr is there such thing as Supper's dessert???? 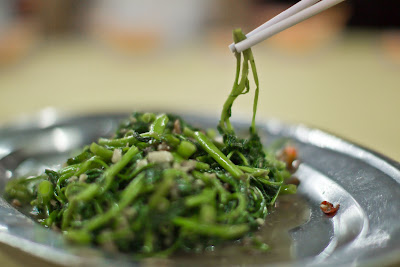 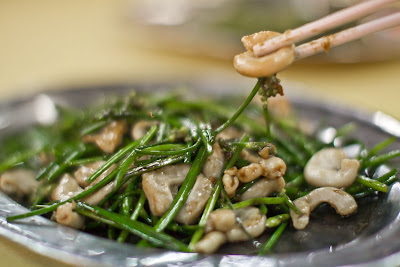 Chinese chives fried with caramelised Falopian Tube fr the pig
Flatmate Amy was a bit skeptical but after trying one piece..."hmmm not bad"
yes it was in fact delicious with its crunchy texture
much nicer than intestine lar 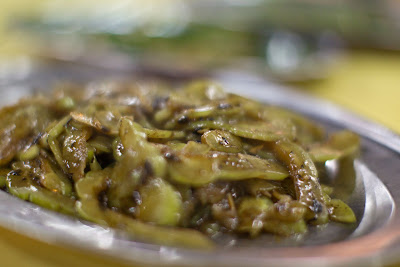 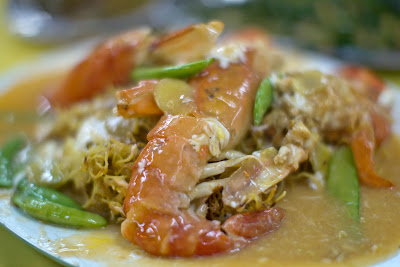 ahhhh the star of the nite.....Prawn Noodle
its gravy were concocted fr its juicy head....the head almost the size of my fist
the noodle were of those thin crunchy egg noodle type.....and it was cooked to such crispiness
oh yum!!!! almost like eating MAMEE kekekekekke 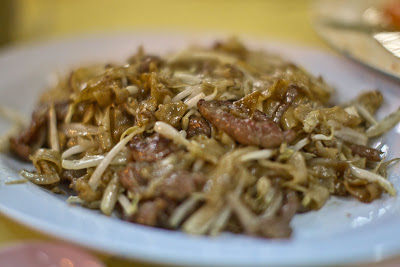 the other star was Beef Noodle
thinly sliced beef were tenderised with raw papaya juice
definitely another favourite :)))))))))))))))))) 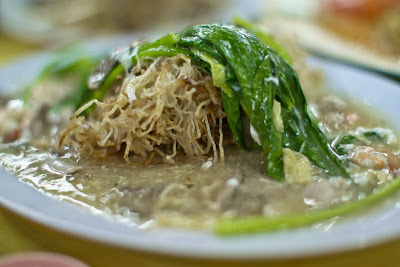 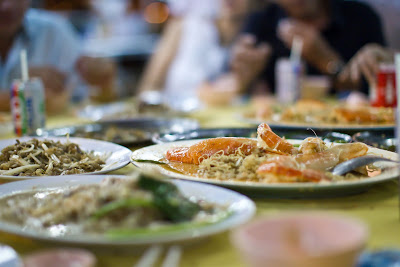 BURPED!!!!!!
every type of dishes has got 2 sets for the 12 of us minus JS who doesn't take supper
he's a very well discplined man...
since he's not eating, he was busy photographing and talking to Lady Boss 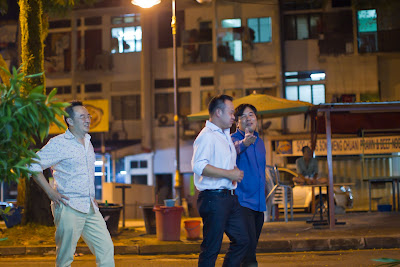 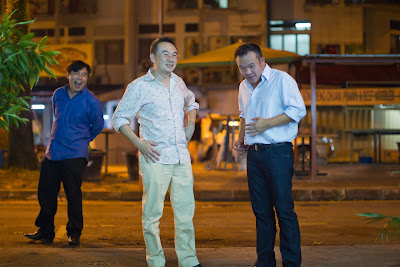 Mates, standing around hugging ur tummy not gonna help..
that's so UN-GLAM...pls come back and sit with us....

yum yum yum...thank you for bringing me to this place during my last trip ;)

Soo Kee's definitely an old favourite with many.. the consistent quality of food helps. :)

Kenny: Hello...TQ for dropping by. Yes this place never disappoints!!!

this is truly a food expedition, cravingly awesome!