This posting is long overdue but well....better late then never :)
*it's been late 3 months*


In Cyprus going for a Kebab lunch is like us in Asia going to the food court or hawker centre or for that matter the English going for a fish and chips.


Kebab originated from the middle east and spread as far east as China and the far east so thanks to the silk road. I remember eating kebabs and mezze like dishes in the Xinjiang province of China some years ago. Well, nowadays it is eaten as far as New York but that's putting things in a slightly different context and perspective.


It is not known as to when the first kebabs were eaten but definitely more than a millennium ago! My theory is that our Malaysian satay probably originated from this humble meat dish and later adjusted and modify to our liking and taste.


Kebabs can be made from any meat such as beef, lamb, chicken or pork and even fish but traditionally its lamb. It is usually eaten with a mezze spread which consist of many type of pickles and dips and good ole pita bread.


For our lunch we headed downtown to Limassol city square and really this is by far my favorite kebab place in Limassol. Its no other than Famagusta Restaurant operated by Yiannis and Elena and it is located in the city (or is it town??) square. 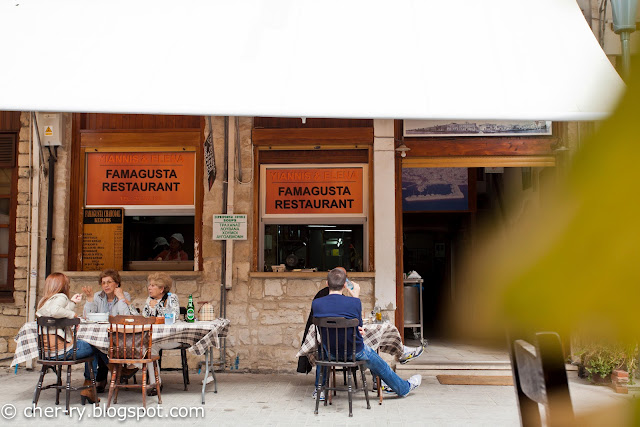 As soon as we were seated, the good old pickles and greens were served immediately even before orders were made.
Its like our Malay ulam (raw vegetable) i guess. 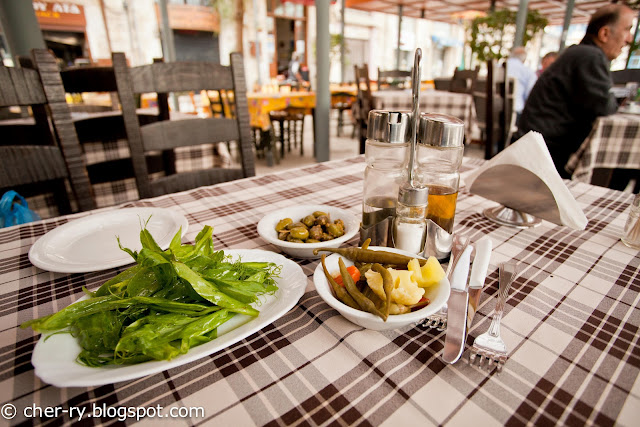 The green leaves that was served is a type of leaves call "Cyprus Vetch". Its nice, crunchy and very refreshing. 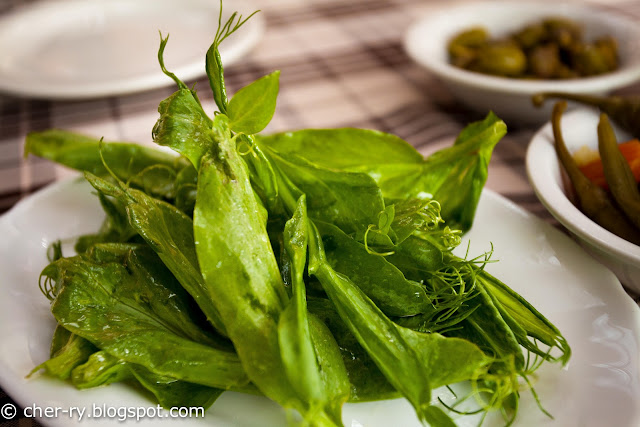 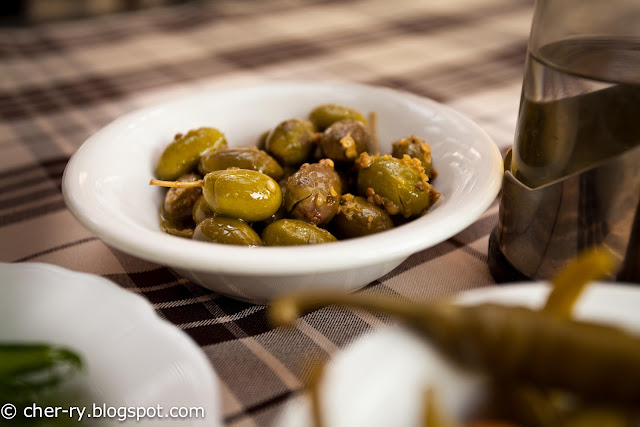 Olives are part of the Cypriots dietary requirement.
In this case the olives that has been freshly soak in brine are very different from the ones we get here......it has still got a "green nose" and very refreshing.....and you get the aroma of fresh cold press olive oil. 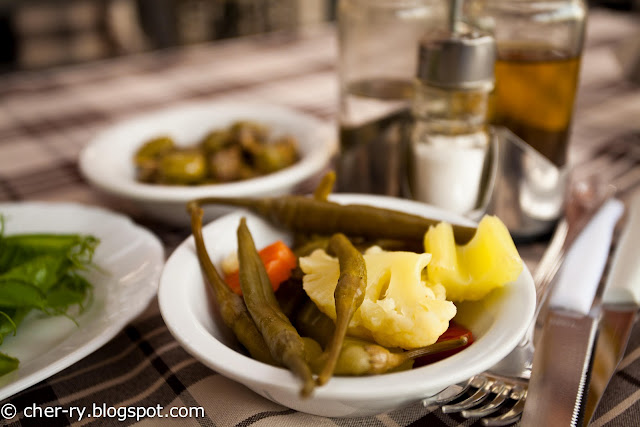 Then there is the pickled chili peppers and cauliflower, etc. well, anything thats sour does stimulate the appetite just before a meal. 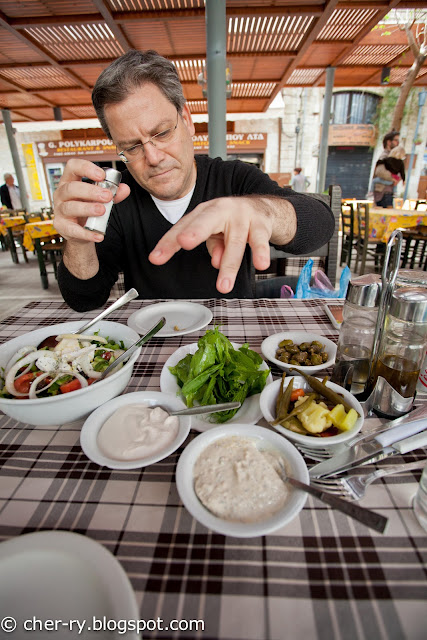 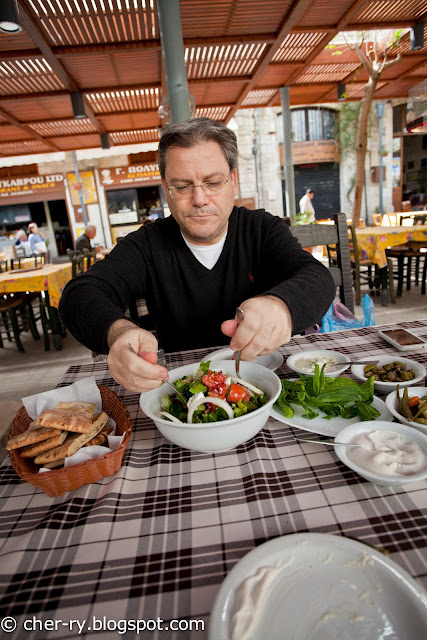 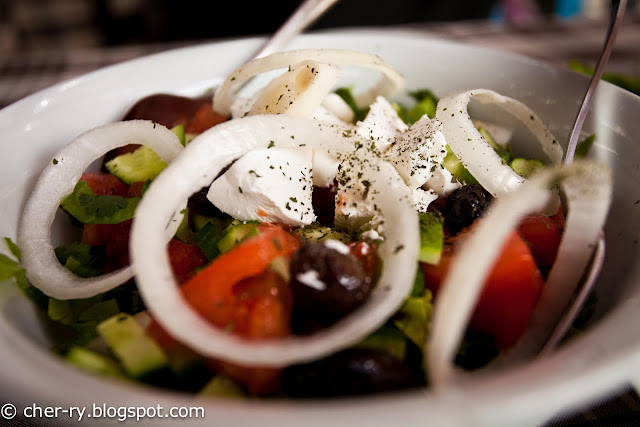 thats a typical greek salad comprising of tomatoes, cucumbers, kalamata olives, feta cheese, onions and a dash of oregano and all brought together with a good drizzle of Cypriot virgin olive oil. 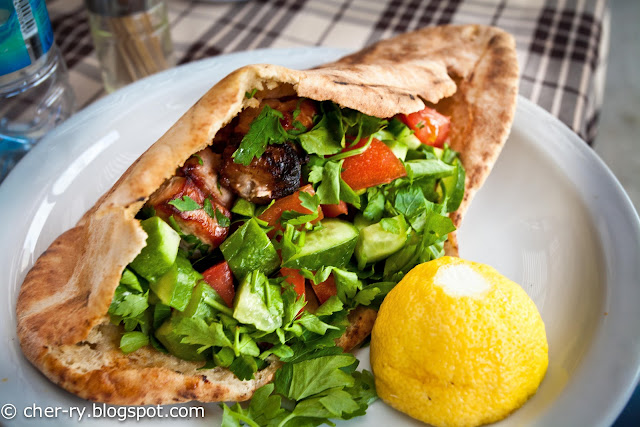 If you walk into a kebab shop alone, the kebabs will most probably be served in a pita bread filled with the spit roasted meat and in this case pork cubes.

Alongside you will get loads of cucumber, tomatoes, parsley, etc.
very healthy.
don't be fooled.....its damn big portion! 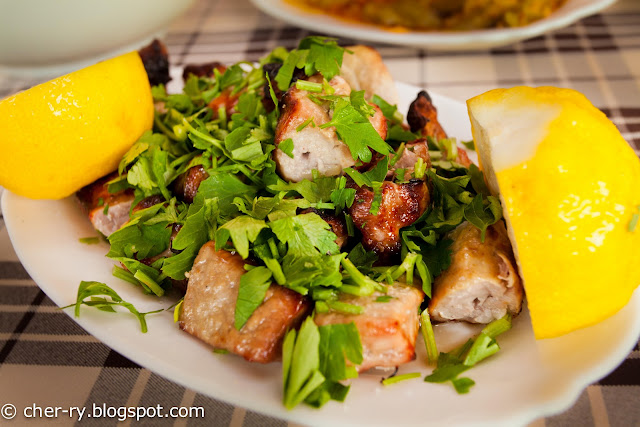 But cypriots tend to be more communal and sharing so its usually served on a platter to be shared and yes, you have to squeeze the lemon over the pork so the acidity of the lemon juice cuts thru the fattiness of the pork in your mouth.


The pork pieces are seasoned minimally (salt and pepper) and carefully roasted with some fatty bits so as to keep the meat moist. 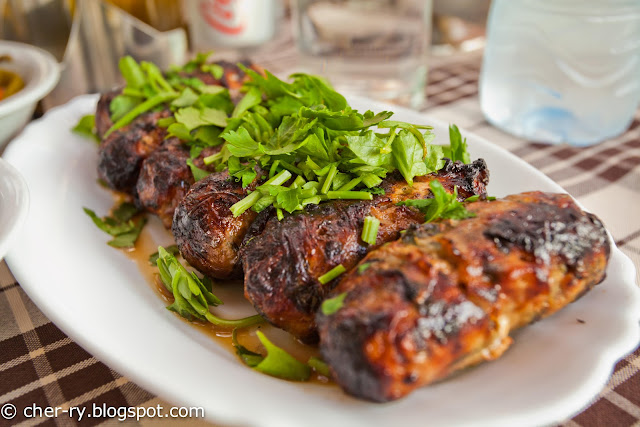 This is called Seftalia.
It's basically minced pork and fat and rolled into a sausage shape and wrapped with the pork lace fat (in chinese "chee mong yau") and spit roasted over charcoal fire.


This I really like and don't mind having everyday.
The minced meat is carefully seasoned and I caught a hint of ground cinnamon and cloves and it transfers your senses immediately into that unique region of the world. 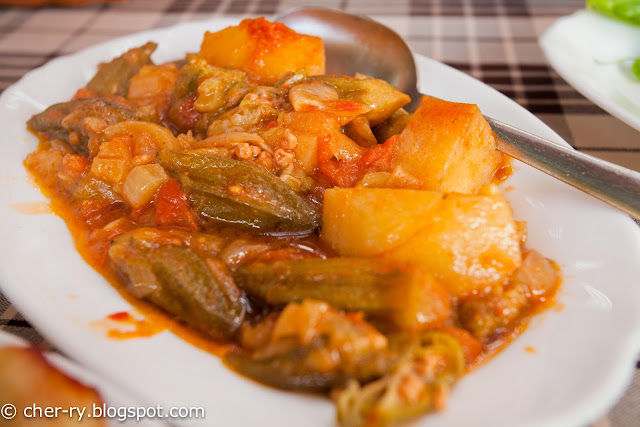 Today's special and you don't get this everyday.
It's a stew comprising of potatoes, okra, tomatoes, etc.
very nice and I did enjoy this side dish very much.
I would say its 100% comfort food even for my very Asian palate. 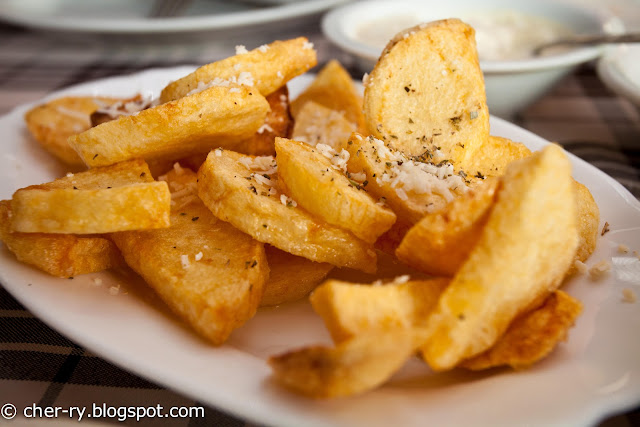 Cyprus potatoes (or patatas as it is known) are also quite well known and highly regarded.


This plate of sliced potatoes was deep fried and really it's like fresh chips but only a lot nicer and crispier due to the thinness.
Just salt and pepper and you are good to go.


A slight diversion here.....we in this part of the world love stir fried sweet potato leaves.....and the one billion question.....can potato leaves be eaten like sweet potato leaves?? just imagine the possibilities.......it will probably help to partially solve the Eurozone problems!! 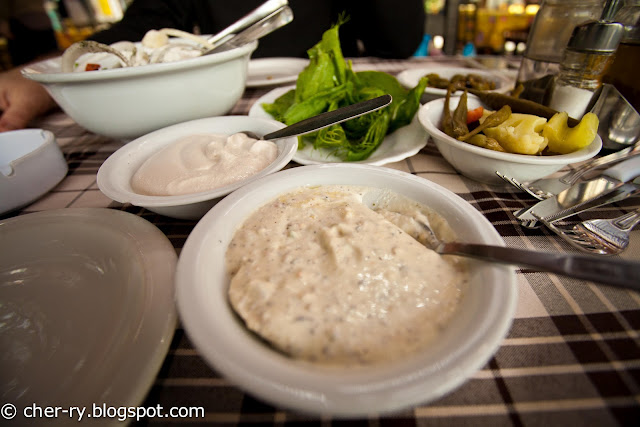 Thats the dips I was talking about. Think one is chickpea dip whilst the other one is a sesame dip (Tahini). All very healthy food indeed. 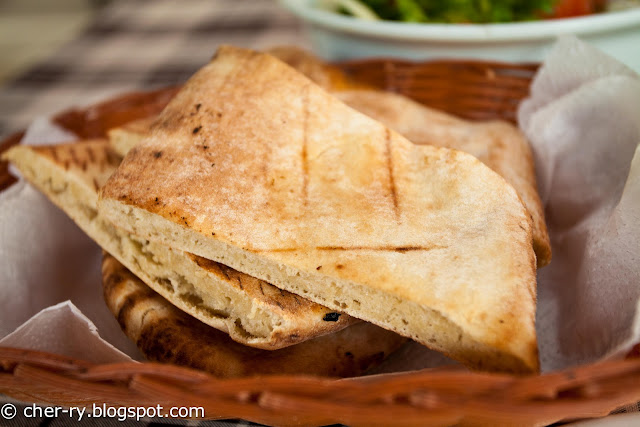 and thats the pita bread.
just look at that texture.....you can never find such pita bread here in this part of the world....maybe its the flour.....or is it the water.......or the baker's technique? 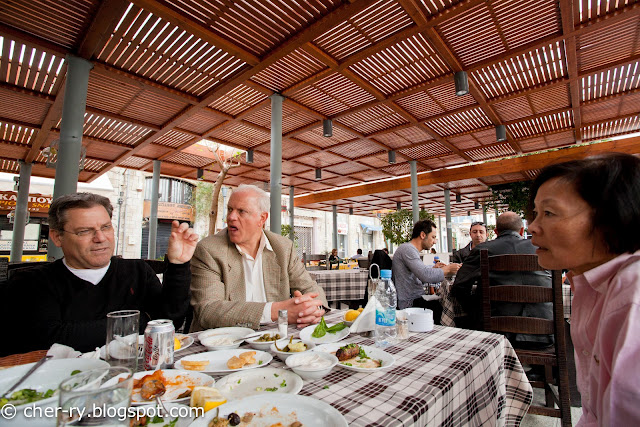 It's actually al fresco style dining although you can opt to sit inside the restaurant.....
but for such a beautiful spring afternoon.....sitting outside is the way to go. Kalimera Dinos the Great.....why are you snarling at Couchie George?? :)

Thanks once again Bro George for the treat........Every time I look at these pictures, I feel like I am back in Cyprus :)

Your post reminds me of those yummy Kebab which I had it on a weekly basis when I was studying in London. I miss the tahini sauce too.

Oh, please tell me where can I find delicious lamb kebab in Malaysia?

Now when I look at your picture, I feel like I am back in the UK. haha

Hello May, this posting was actually done by JS bcoz I ddin't go to Cyprus in March. Yeah kebabs prepared by lebanese/mediterranean ppl are the best. I dunno where can we get PORK kebabs in Malaysia, seriously...most of our kebab are the mass produced meat done the "Doner Kebab" style instead of chunky meat like this.

Ooops, so sorry to Mr. JS, I didn't notice the post was written by you :)

Yeap, chunky meat kebab like these are hard to find. Guess i need to google for the recipe!

and oh, the hummus .. so delicious on its own too

May: you are such a foodie, lemme know how it goes following ur recipe :)