Ever wonder.....since the beginning of time, why mankind is so intrigue and fascinated about transitions of one state to another.....example, from one season to the next season......from calm weather to stormy weather........from North East moonsoon to South West moonsoon......water to ice......land and water.....civilization and wilderness ........light and shadow.....and offcourse the most spectacular of them all, transition from day to night and night to day! This we call sunrise and dawn which is the moment just before sunrise.

off topic for a while......transition from male to female.....yes, and we are fascinated with this transition too.....haha.


Monkey was enthusiastic about watching sunrise after watching the spectacular sunset from Sutera Harbour the other day.

Monkey :- tomorrow we go watch sunrise on the way up Mt Kinabalu can??

Anyway tomorrow came and we manage to leave on time and we found a vantage point by 6am at about 2000ft AMSL(above mean sea level) to watch one of natures most awesome display and it only last for about 30 minutes twice a day.

Monkey :- what time is sunrise?

JS :- according to the equation of time(elliptical function in mathematics) for today, sunrise is 6.32am and it will rise from about 10 deg south of east and set at 6.28pm 10 deg south of west. The maximum variation of sunrise from summer solstice to winter solstice is almost 45deg !! Bet some of you never knew that the variance was that much in Sabah which is situated like just a couple of degrees north of equator :)

JS :- relax monkey.....that's what makes life so much more interesting with so many "what if". On thing i can promise you.....the sun will definitely rise today :)

JS set up his camera and tripod very quickly and was soon clicking away with the Nikon D9o......AHEM, where is my Canon EOS1D mk4?? -_-

Monkey also started clicking(with her ever reliable Leica) .....and and even manage to take pic of JS! 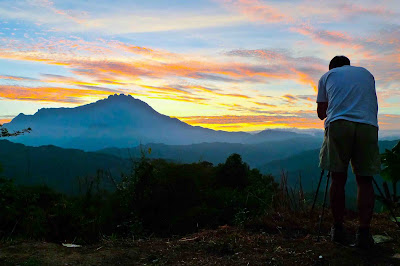 Soon the sunrise was in full bloom as it was nearing 6.32am. 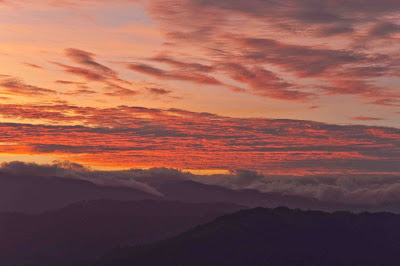 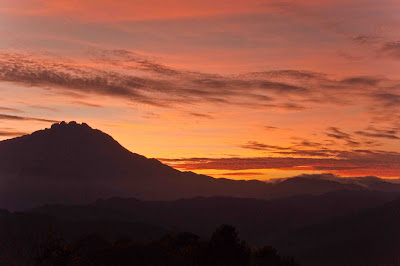 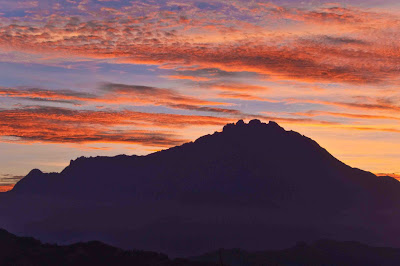 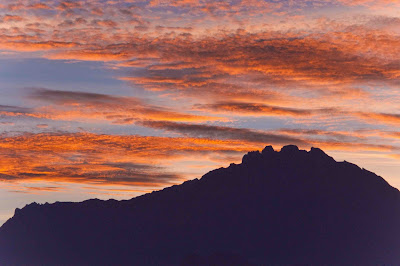 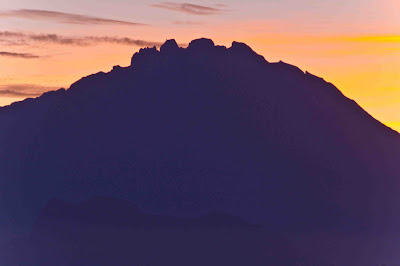 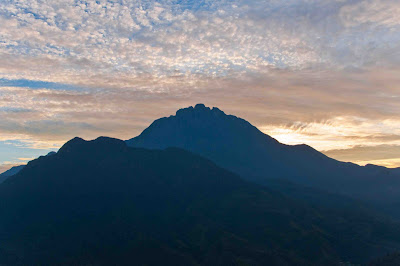 Taken from slightly different angle at a later time.

I must say the sunrise and sunset during this time of the year is most consistent. I would have prefered if the sunrise was some 10 to 15 degrees more north which would be smack right behind that huge piece of granite and the sunrise would really have been spectacular. This would happen around mid to end March.

I took this other pictures just a couple of days ago from the Mengkabong river during sunrise. Different view as this was taken from sea level......like it?? :) 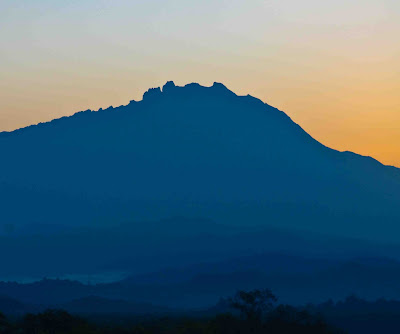 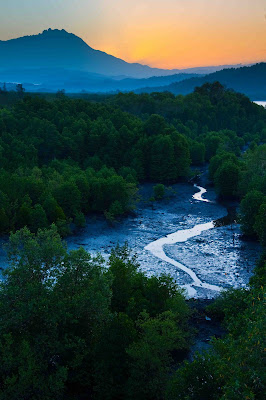 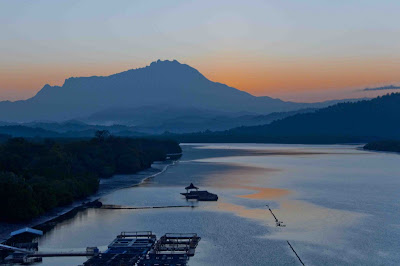 Back to the question.......so what's this thing about sunrise that fascinates so many people ?? For most people it's probably a bad sign cos its time to wake up to go to work....haha.

For some people it's a normal phenomenon that occur once a day........no big deal and taken for granted.

BUT for the optimist, it's "a promise".......a promise of a brand new day and they look forward with anticipation to another spectacular sunrise :)
Glossed by JS at 8:13 AM

glad u guys like it. Sabah is my home state.....land below the wind and lots to offer.....visit Sabah!

Hey ladies!!! very cantik kan? Can't get this type of view in KL though.

It's been quite awhile since my last step in KK. :) Will try to go there when I go back to my hometown, Labuan. Yeah, I heard you, "its so near! Labuan->KK..."