Mt Kinabalu is the highest Mountain in South East Asia........true or false??
I'll come back to that later :)

After the spectacular sunrise, we pushed on to Mt Kinabalu National Park The park headquarters is located at about 5200ft AMSL so you can expect nice and cool weather.
The drive there is scenic and winding down your windows is a must do……and the air is filled with this familiar piney smell as we are actually encroaching into temperate climatic zone with the presence of coniferous forest. 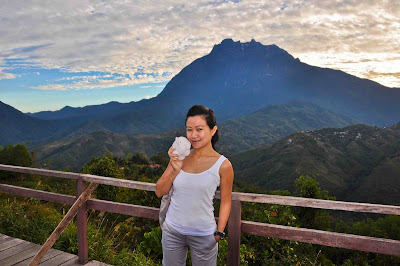 guess who came with us?? :)
A bit about the Kinabalu National Park. Kinabalu National Park or Taman Negara Kinabalu, established as one of the first national parks of Malaysia in 1964, is Malaysia's first World Heritage Site designated by UNESCO in December 2000 for its "outstanding universal values" and the role as one of the most important biological sites in the world.
Located on the west coast of Sabah, East Malaysia on the island of Borneo; it covers an area of 754 sq km surrounding Mt Kinabalu, which at 4,095 AMSL, is the highest mountain on the island of Borneo.
The region was designated as a national park in 1964. British colonial administrator and naturalist Hugh Low led an expedition from Tuaran to the region in 1895. He also became the first recorded man to reach the peak of Mount Kinabalu.The highest peak of the mountain was later named after him—Low's Peak.
This botanical site contains a variety of flora and fauna that ranges over 4 climate zones; from rich lowland dipterocarp forest through the montane oak and bamboo forest, rhododendron to the coniferous forests, to the alpine meadow plants, and to the stunted bushes of summit zone. The mountain is also known for its many carnivorous plant and orchid species, most notably, the Nepenthes rajah or "monkey cup" or pitcher plant as we call it.
It is also home to a multitude of endemic animal species, including the Kinabalu Giant Red Leech and Kinabalu Giant Earthworm. The park also plays host to a variety of birds, insects, mammals, amphibians, and reptiles.
Mount Kinabalu is one of the youngest non-volcanic mountains in the world. It was formed within the last 10 to 35 million years as an igneous intrusion or Pluton. The mountain still grows at a rate of 5 millimetres a year. So much for information about Mt Kinabalu National park. 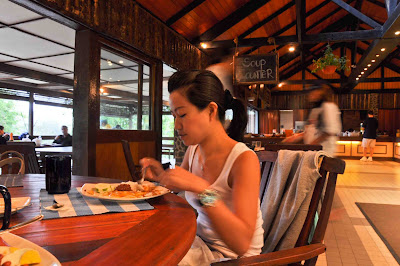 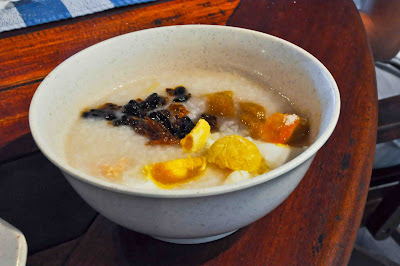 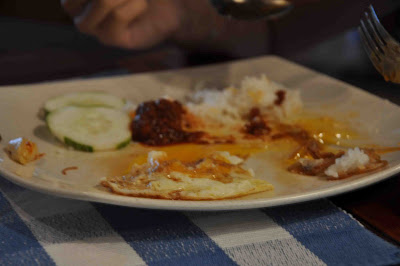 yes, nasi lemak, porridge, fry eggs......all favourites!!
After Breakfast we ventured out into the park surrounding and nature trails and started clicking with our cameras again. 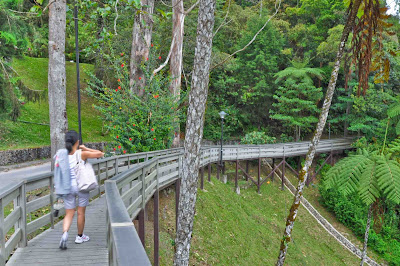 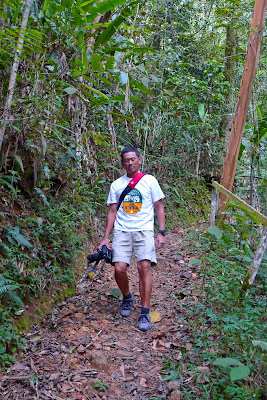 walking happily along one of the trails 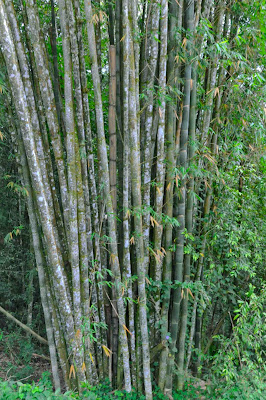 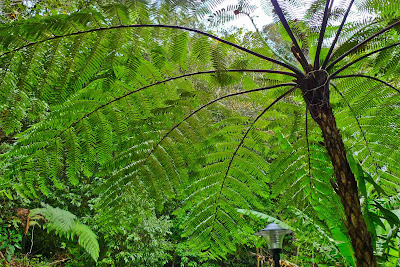 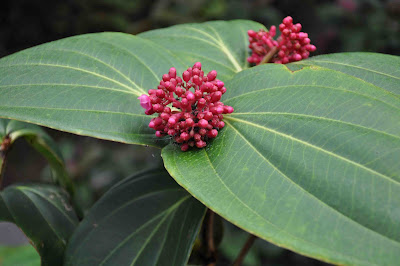 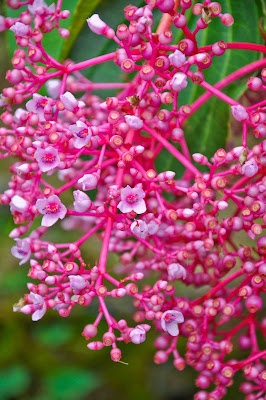 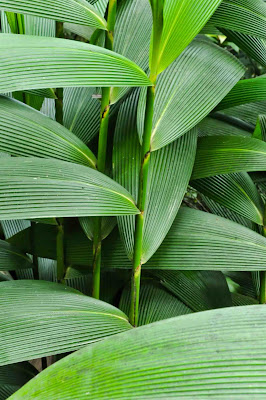 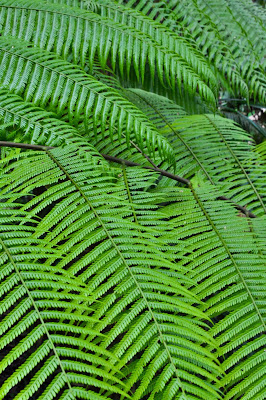 Some more ferns. This life form even outlasted the dinosaurs! 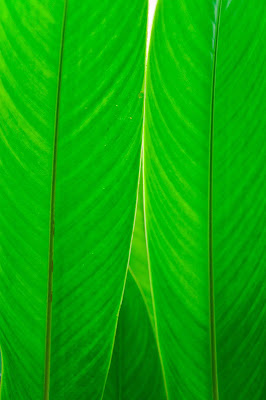 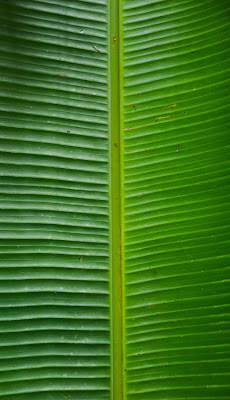 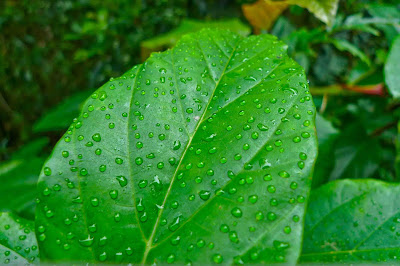 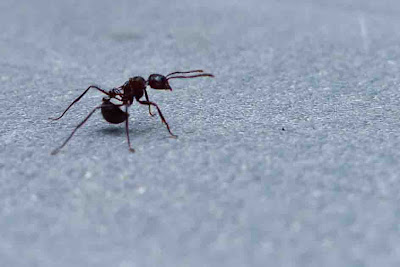 Take pictures until nothing to take.....so take ants lor!!
There is actually so much to see here at the park hq and nature trails. You can spend like 4 to 5 days and walk all the trails which will cover literally most of the national park(except the big mama) and you still won’t get bored or fed up with the place. 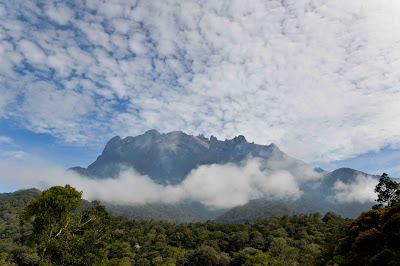 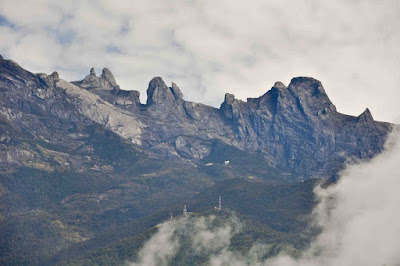 The glaciated landscape of Mt Kinabalu. This happened during the ice age
Off course the highlight of the park has to be the big Mama. For those aspiring to climb, please take note that one needs to be reasonably fit physically to scale this mountain and there is lots of preparation one needs to do such as physical training program, book accommodation, book climb, book transport, etc and it’s also not cheap nowadays.
Monkey and JS will leave that for another day……….

Many of us always thought that Mt Kinabalu is the highest mountain in south east asia……well, actually it’s not, it is the 2nd tallest mountain in the South East Asia and that's depending how you define SEA. On record there are 3 peaks in Irian Jaya(Indonesia PNG) which is higher than Mt Kinabalu so that makes Mt Kinabalu the 5th highest mountain…..but Geographically Irian Jaya is not part of Asia so how can it even be part of South East Asia?? It probably belongs to Australasia. The counter argument….Indonesia is part of SEA so Irian Jaya is part of SEA! This is always and will always be open to argument……...Does it really matter whether its 2nd or 5th highest?? I guess not.......We are just so lucky to have such a beautiful mountain in Malaysia and very accessible unlike her peers.
Anyway the winner in the highest peak category goes to…………………………….Hkakabo Razi at 5881m, Myammar and it has a snow peak!
Glossed by JS at 8:03 AM