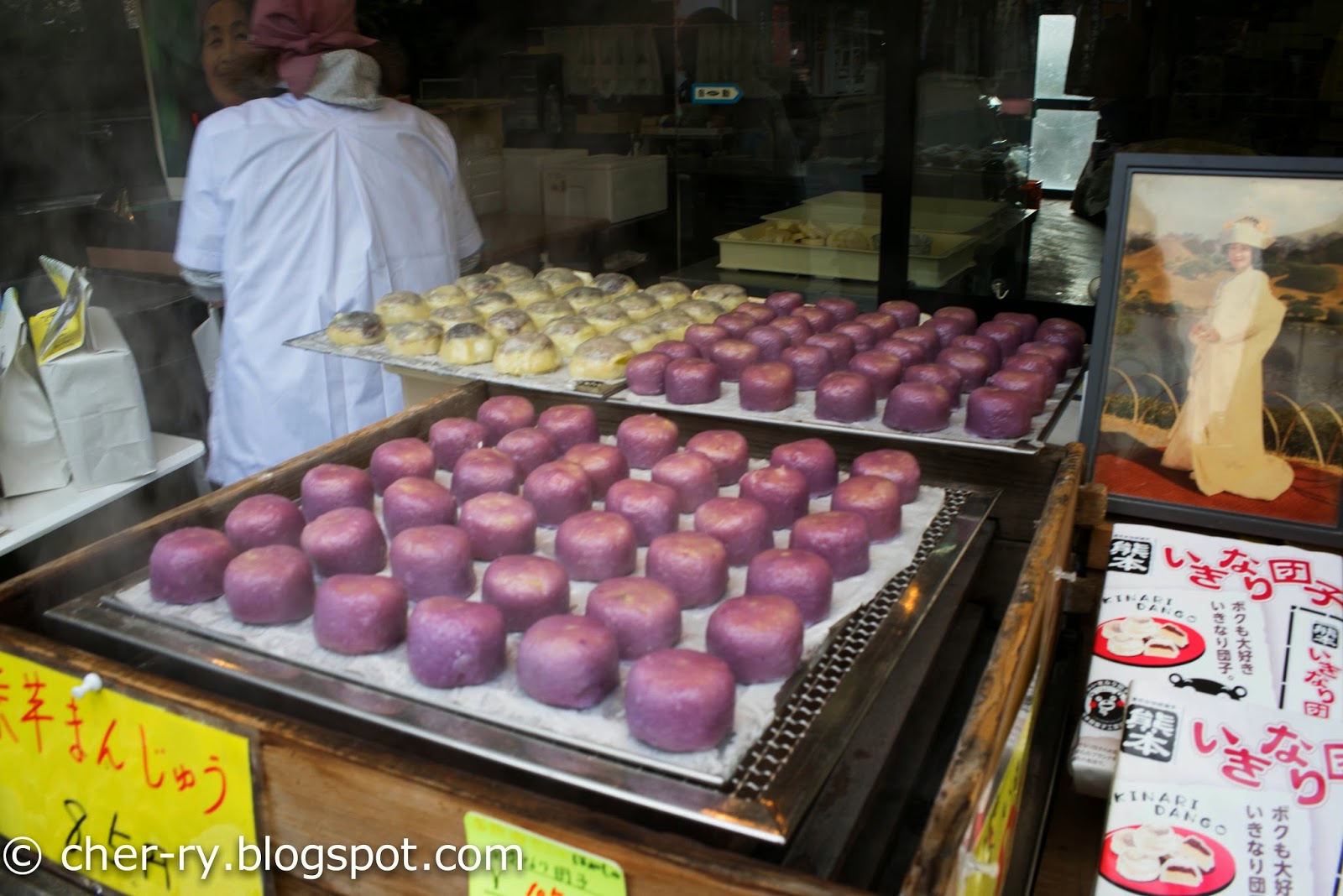 It was still early in the morning and as both JS and Monkey walked past these stalls...the whiff of yummy desserts for breakfast triggered alarms in our tummy....hahahahaha...bee boo bee boo bee boo. Need food it says. :P 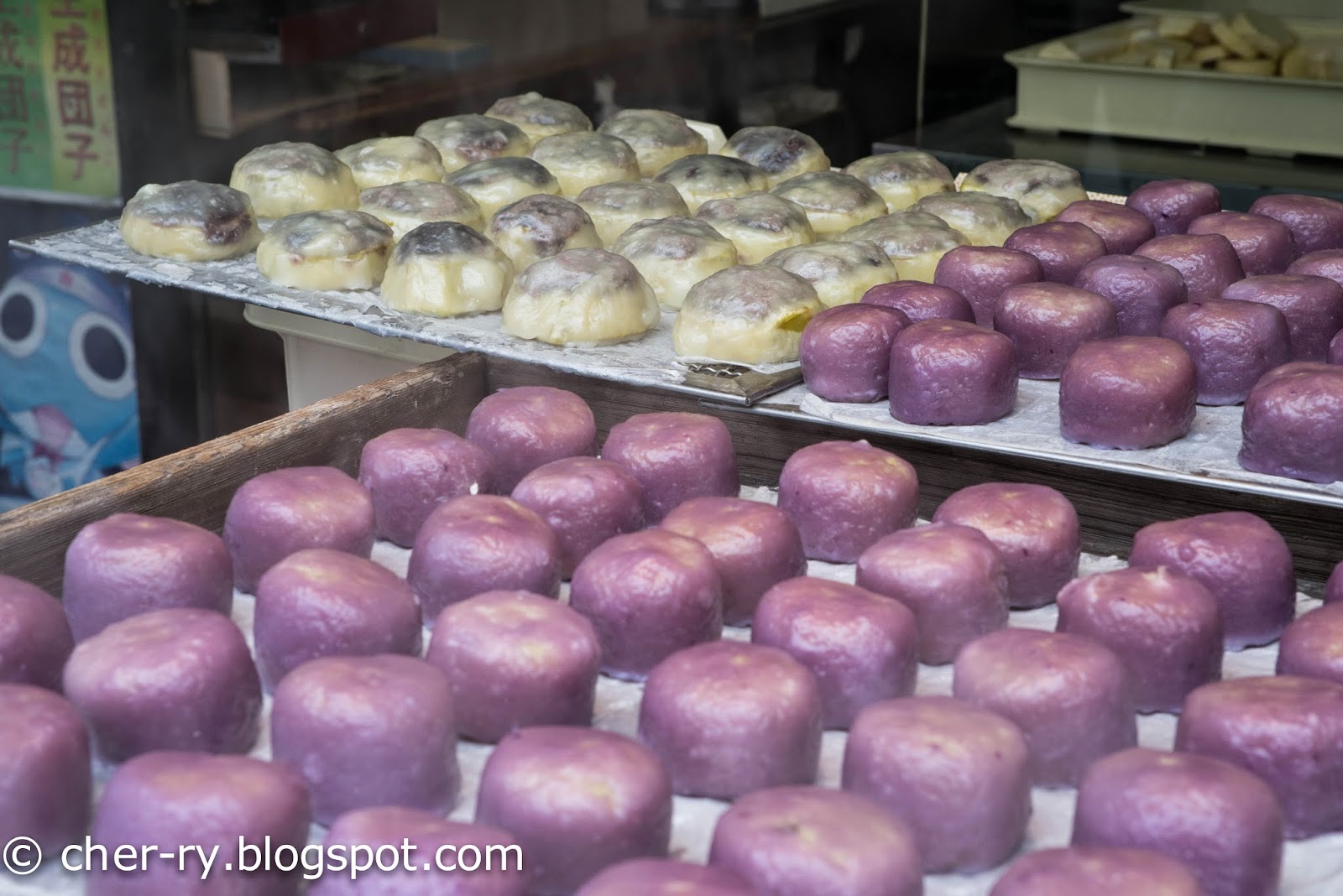 We were so intrigued by these cute lil dumplings liked dessert being sold by 3rd generation of a family outside the Suizenji Park. The ladies selling them were encouraging us to try them. It's the speciality of Kumamoto, so it's a must try :)))) 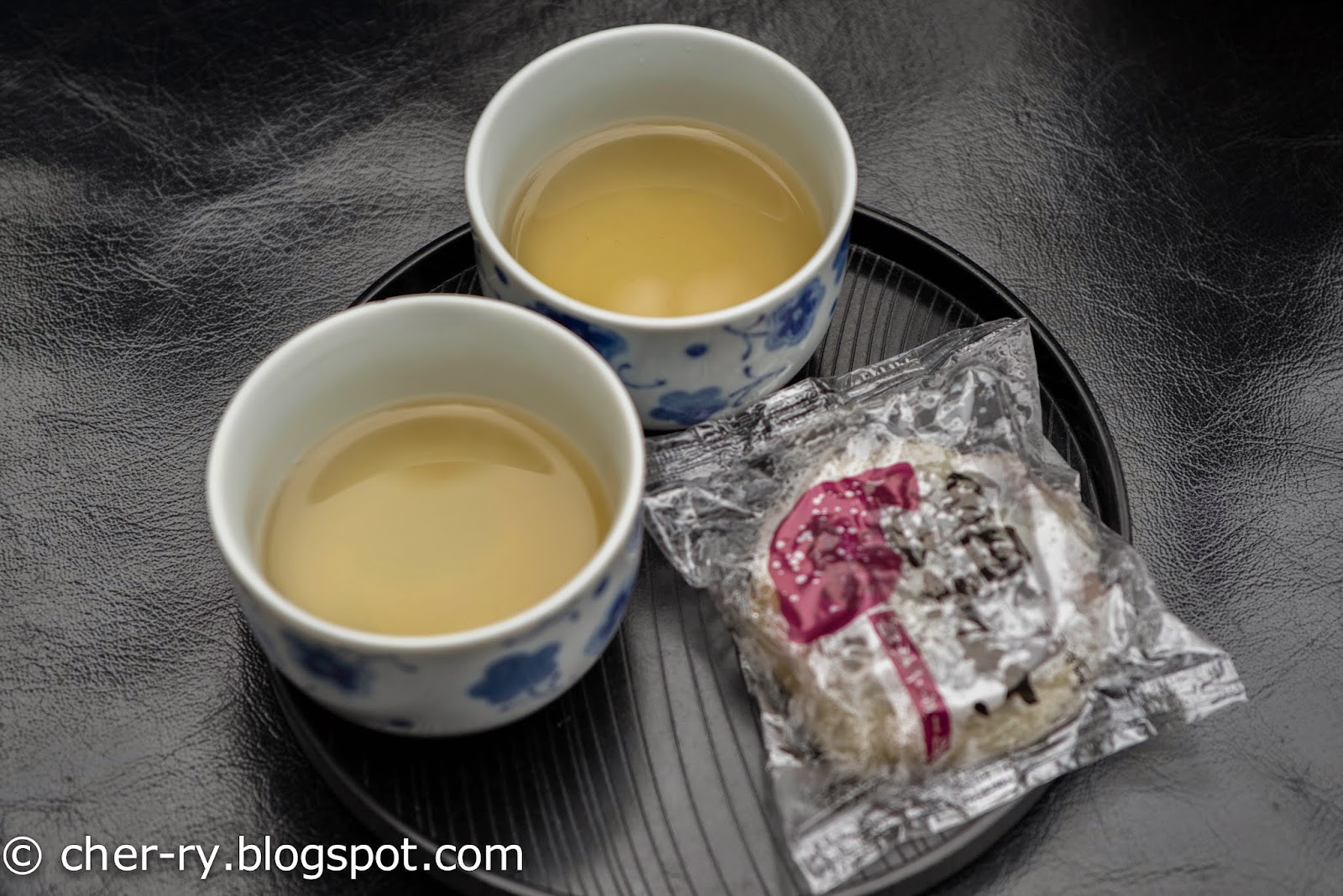 Both of us shared a piece and it came with hot tea. Later we found out that it's called Ikinari Dango. 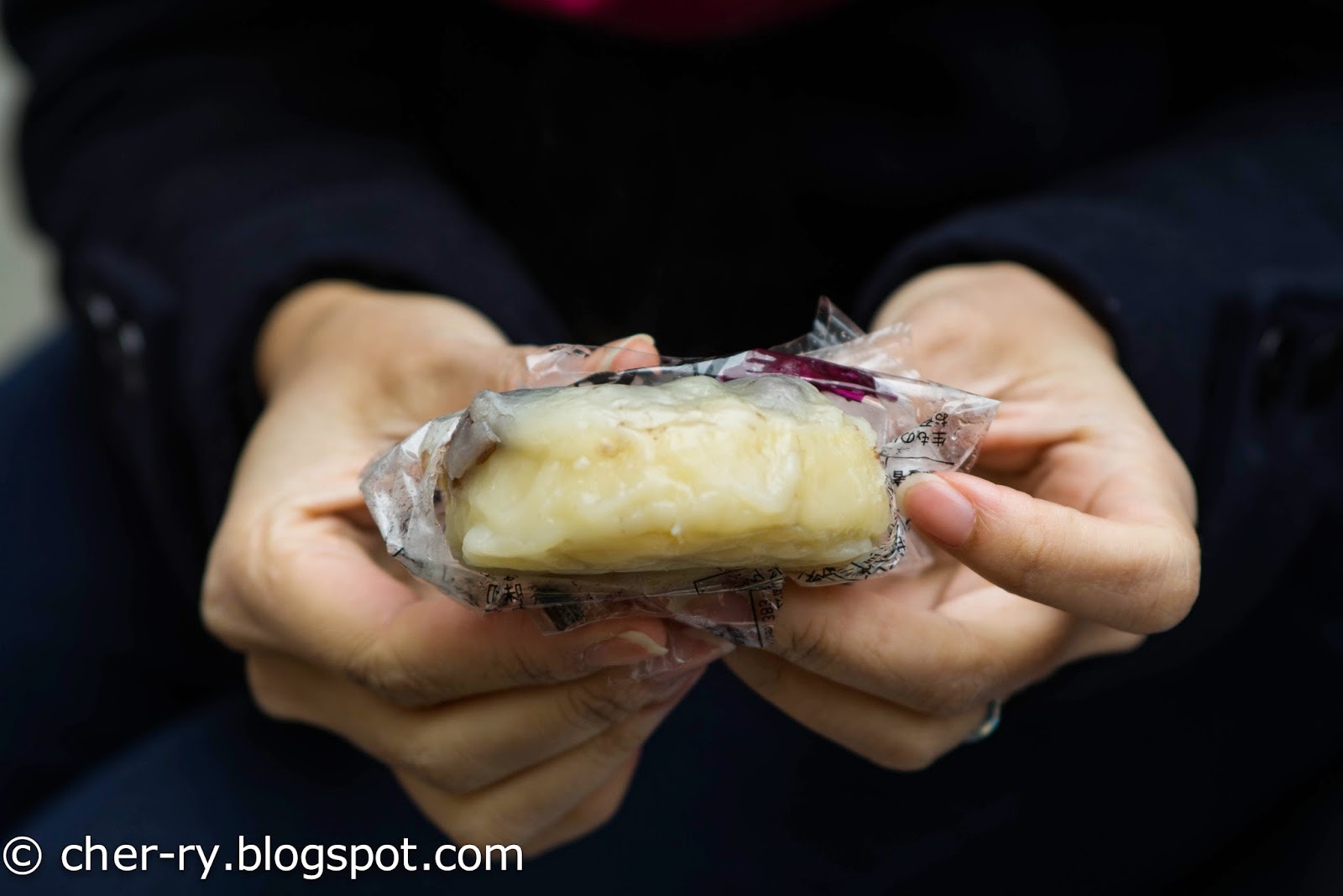 It's hot!!!! Almost like a bun, but made from rice flour. 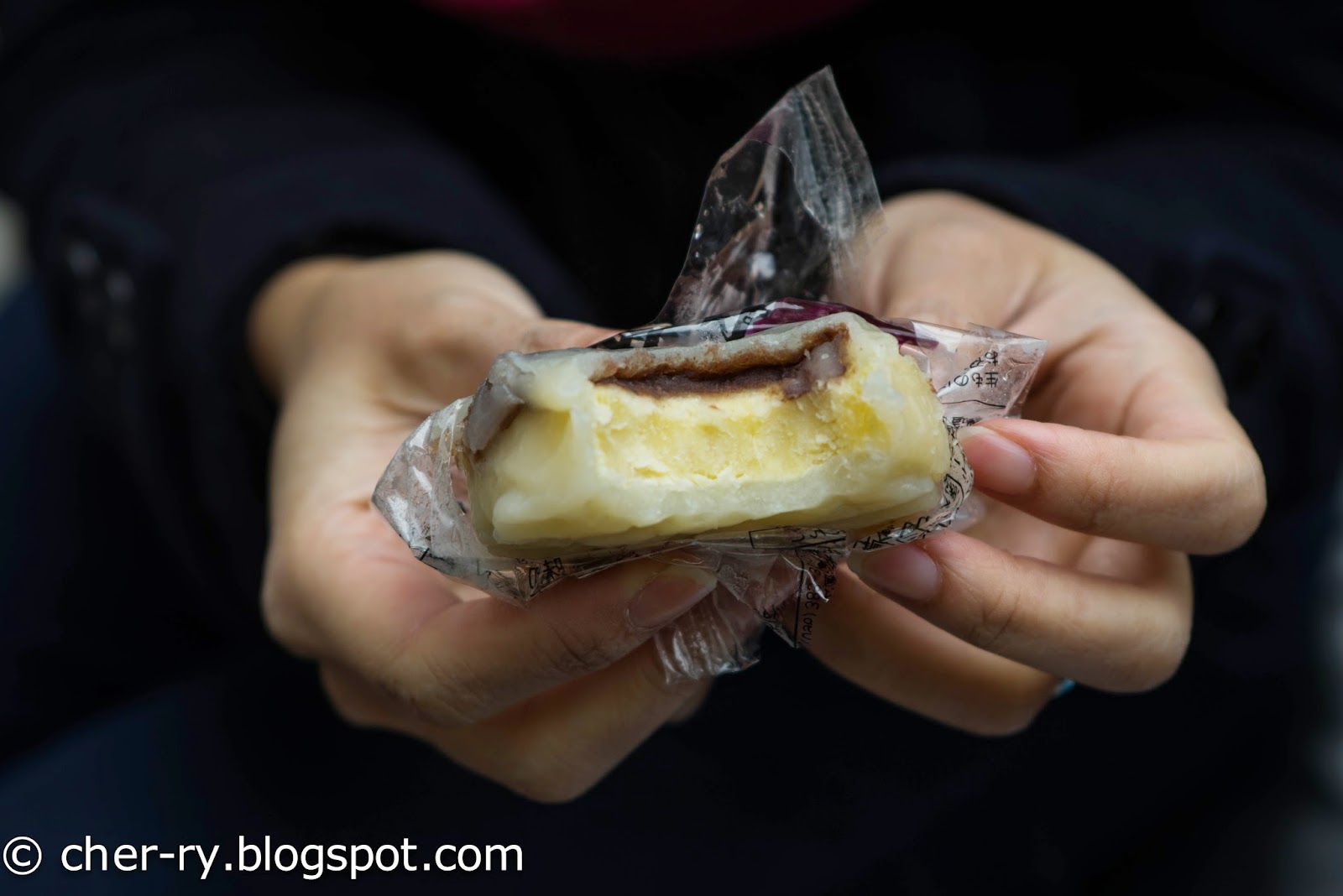 Wow!!! wat a lovely surprise on the inside. A huge chunk of japanese sweet potato which was so fluffy and yummy...and some red bean paste. Soon both JS and Monkey were fighting over who gets the last bite off the yummy fluffy Ikinari Dango >.< As we were feasting on the sweet dumpling, our eyes were darting left and right and saw more items to be tried. Every packaging seems to have this cute black bear with chubby red cheeks....he's called Kumamon :)))) the mascot for the city of Kumamoto. 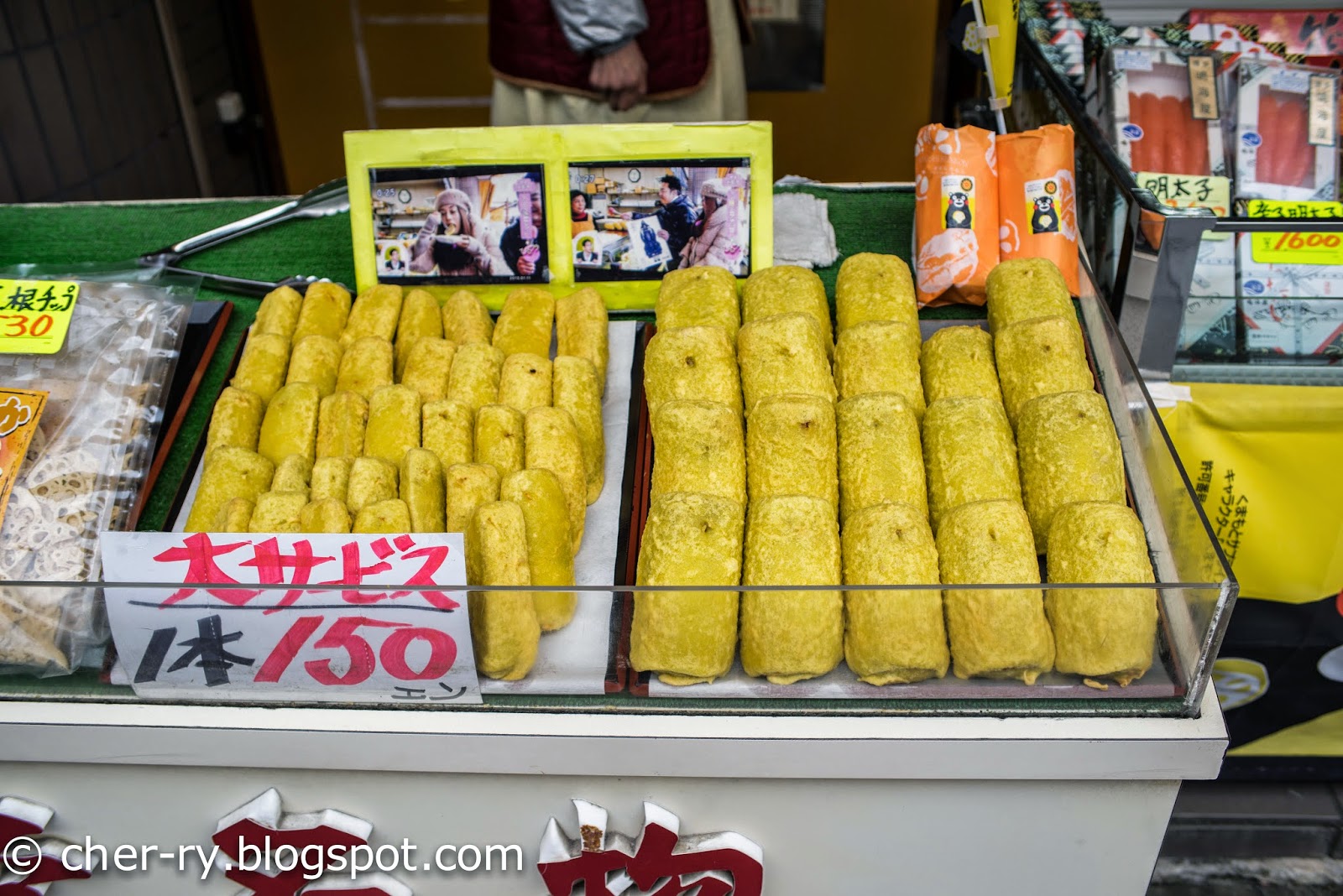 What are these???? Looked like fried fish cakes to us....We went into the kitchen and saw how it's being fried. People here hardly speak english....so u just need to figure out their explanation and we realised this food is also unique to Kumamoto and one of the secrets to longevity.

Kumamoto has the highest number of centenarians in Japan. Meaning a person who has lived up to the age of at least 100 years old!!!! 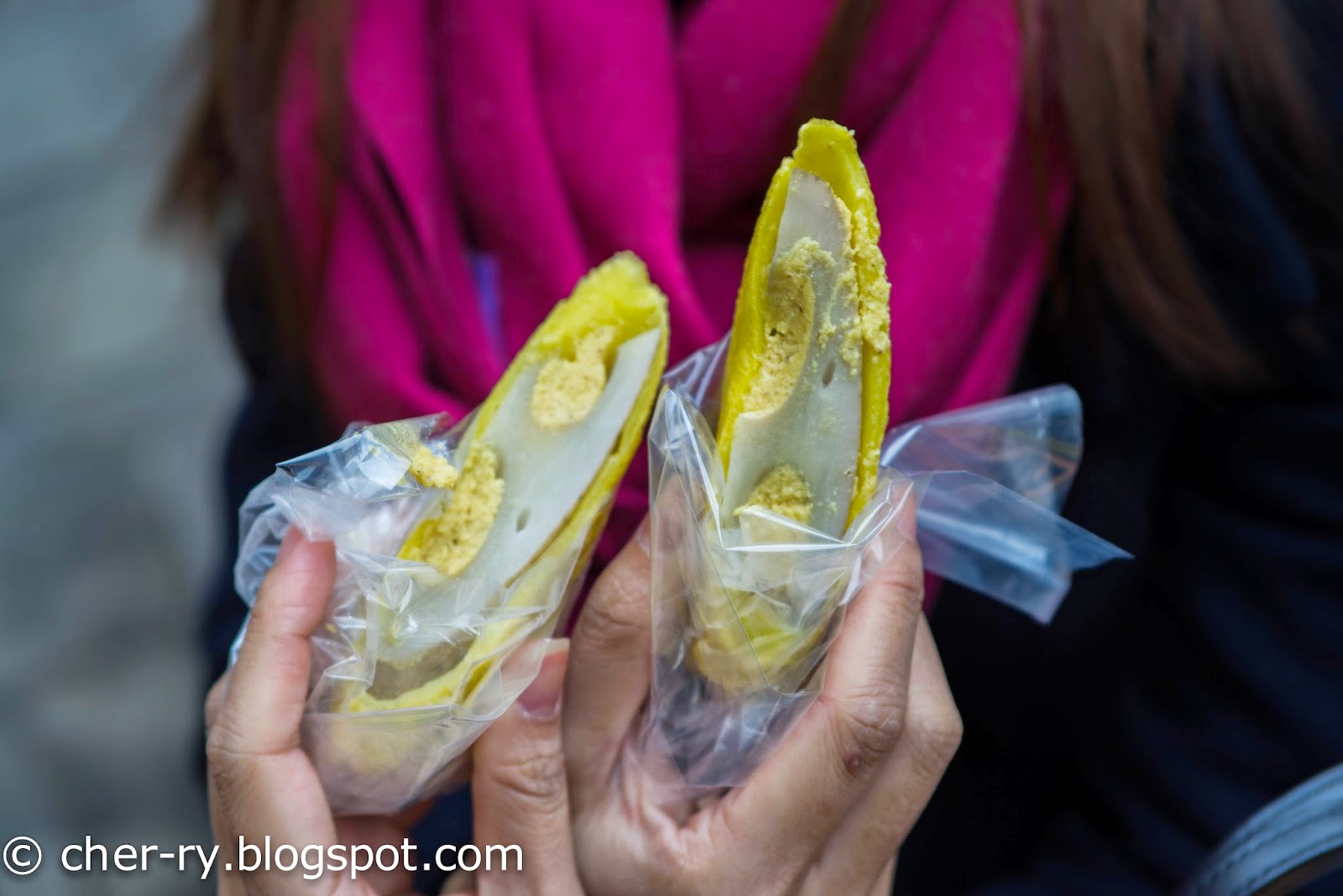 Karashi Renkon
So we bought the smallest piece, the really really old jovial lady cut it into two to unveil that it was indeed a lotus root on the inside....stuffed to the max with spicy japanese mustard. The yellowish outside was just flour wrapped around the lotus root.

The first bite was it's really crunchy. Then the mustard hits you....somehow it's spicy and yet has some degree of sweetness to it. Usually restaurants here served them sliced, but the one we bought was a small one, so this is how u enjoy it. It was really delicious and we wanted to buy some back but then the lifespan of this Karashi Renkon is just too short. So enjoy them while u are here :)))

Have more so that u'll live up to 100 years old at least. Hehehehehe. Somehow I still think it's the water in Kumamoto that contributed to the longevity of folks around here :))) 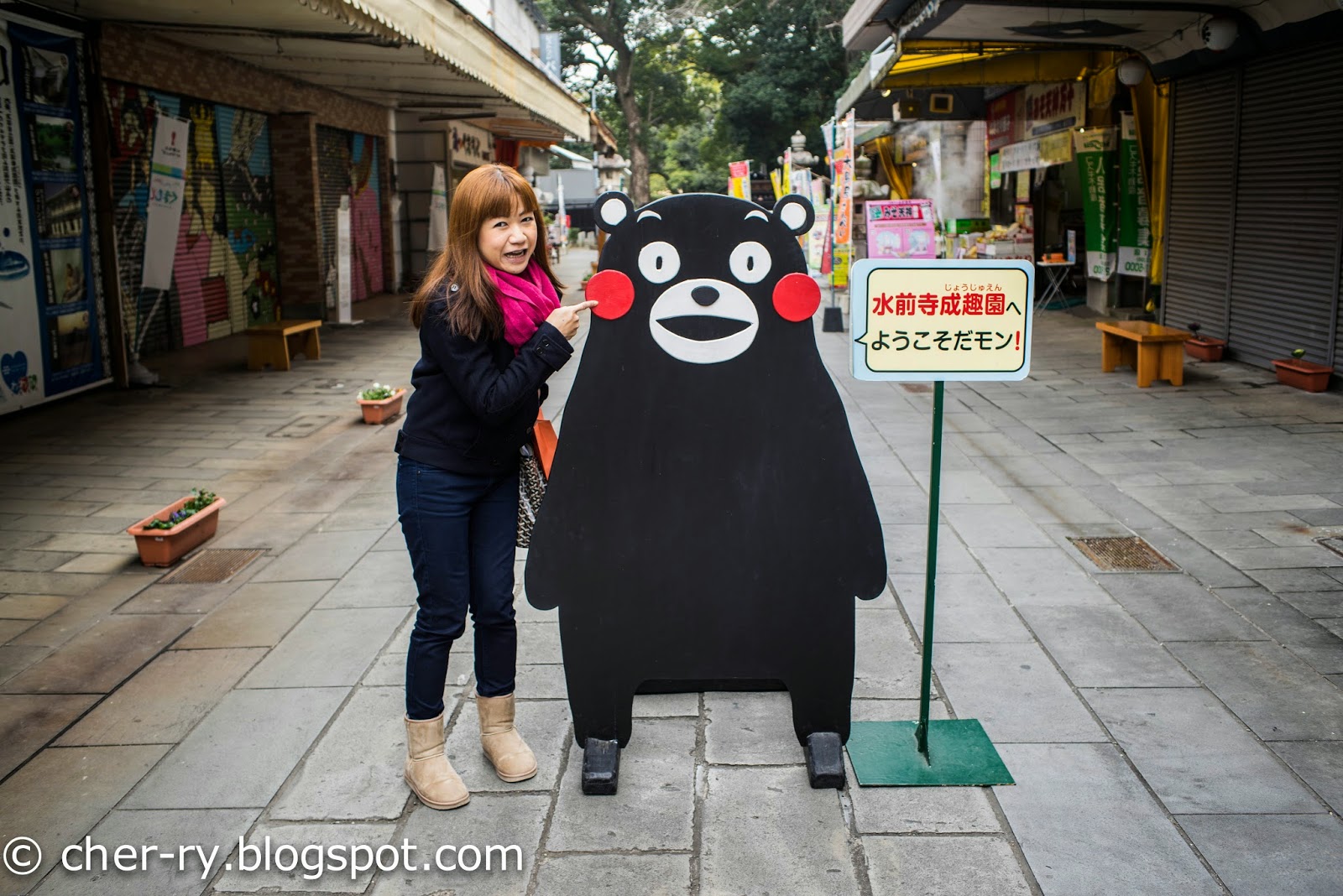 Now there's a Kumamon added to the dismay of my other hobbits at home. Well we didn't buy it. It was given to us at the ryokan. So......hehehehe...I know my bed is getting too crowded these days.

So remember to try these whenever you are in Kumamoto :)))