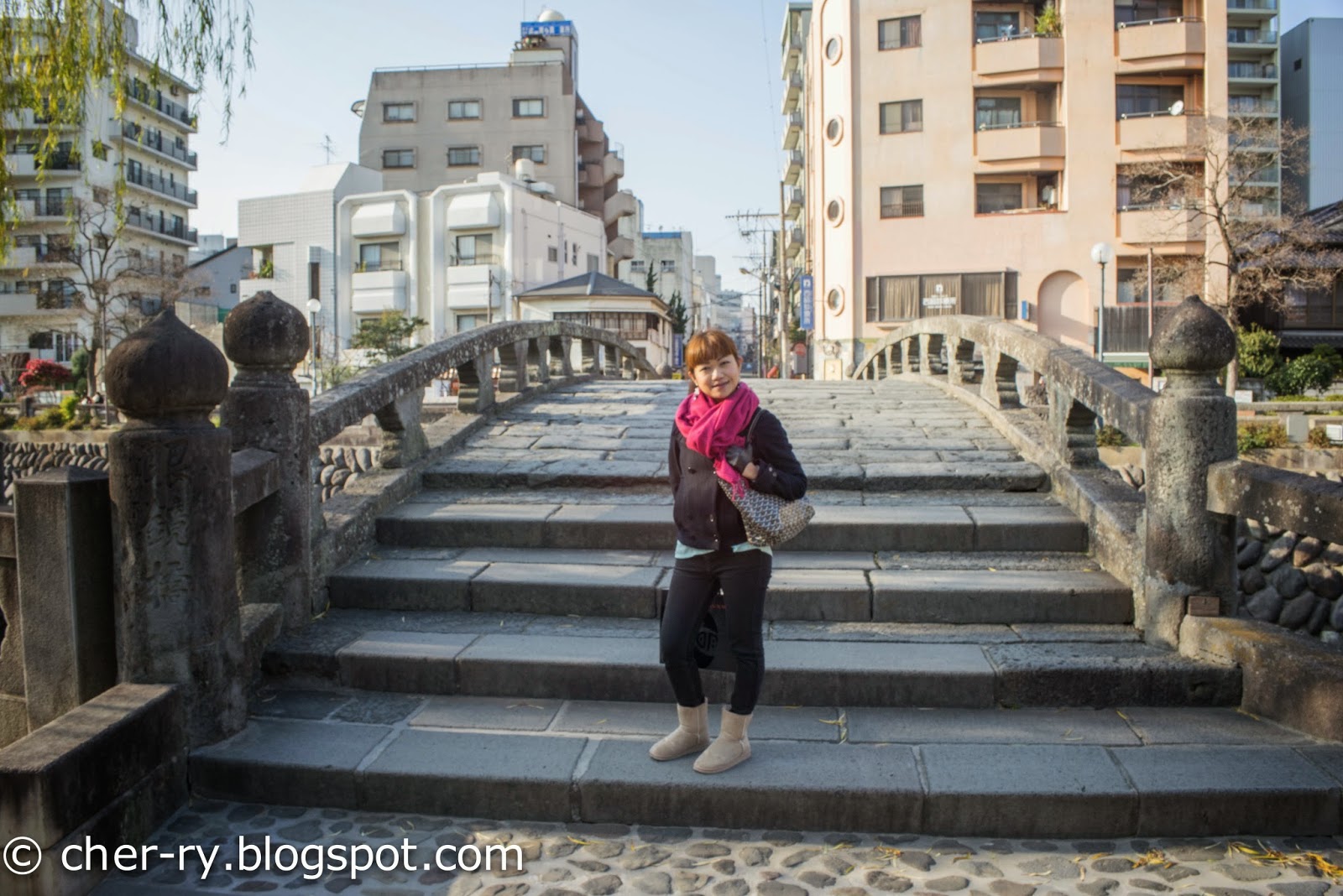 and Monkey proudly announced...."we have arrived!!!"
it's usually Me that bring us around sight-seeing. It's not as simple as getting to the destination without being lost. It's about timing, weather and location for photography. So Monkey alwiz needs to work out which direction North South West East, wat time does the Sun rise and set at that particular country that we are visiting. Which time is the best with the less people around and at which direction should we face for some most spectacular pics.

Phewwww....u think it's easy being JS's tourguide? I have yet to come to his culinary requirements yet!!!

Anyhow Monkey has got this perpetually built in GPS in her head since she was young. Can't explain, it's just something that I have. :)))))) 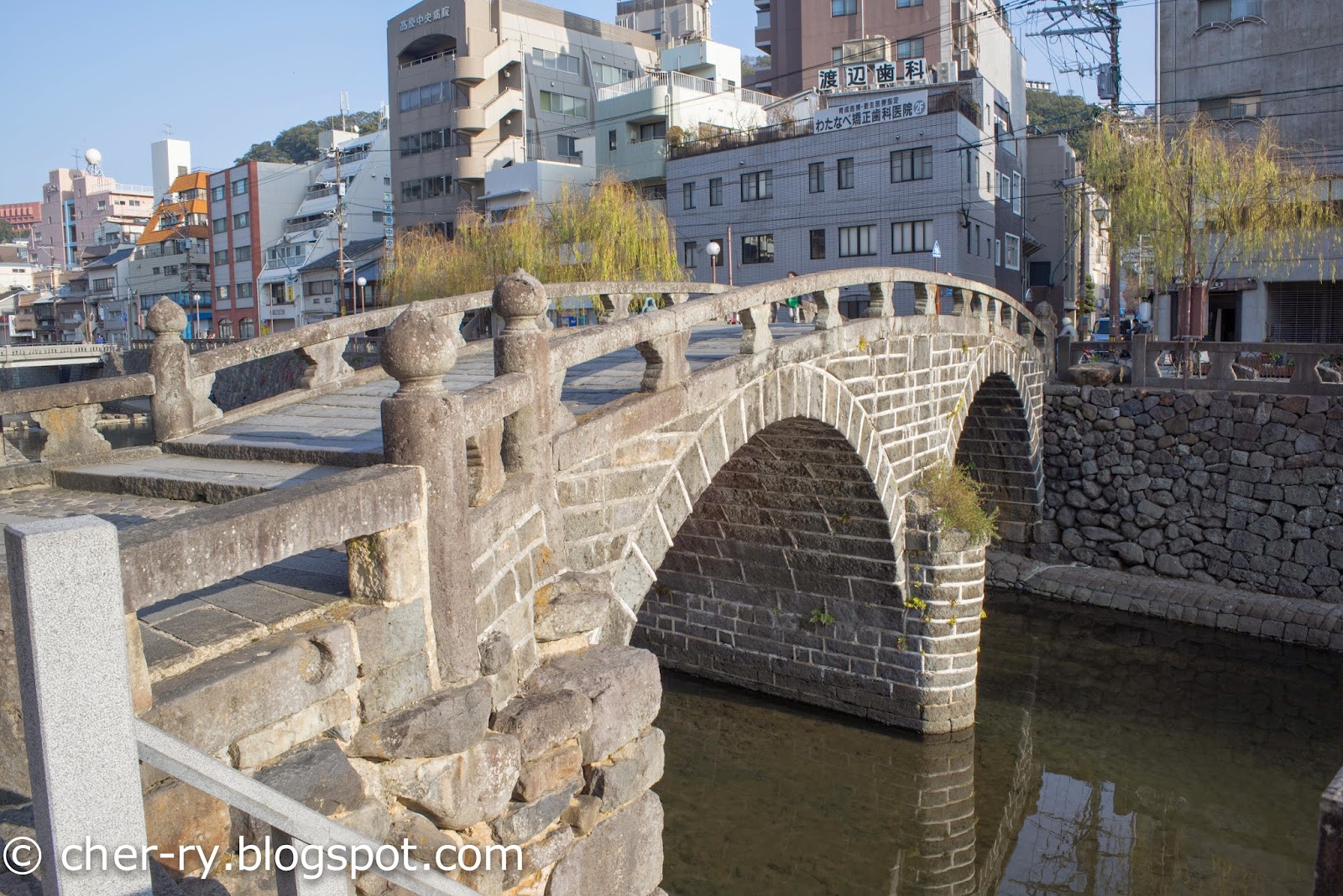 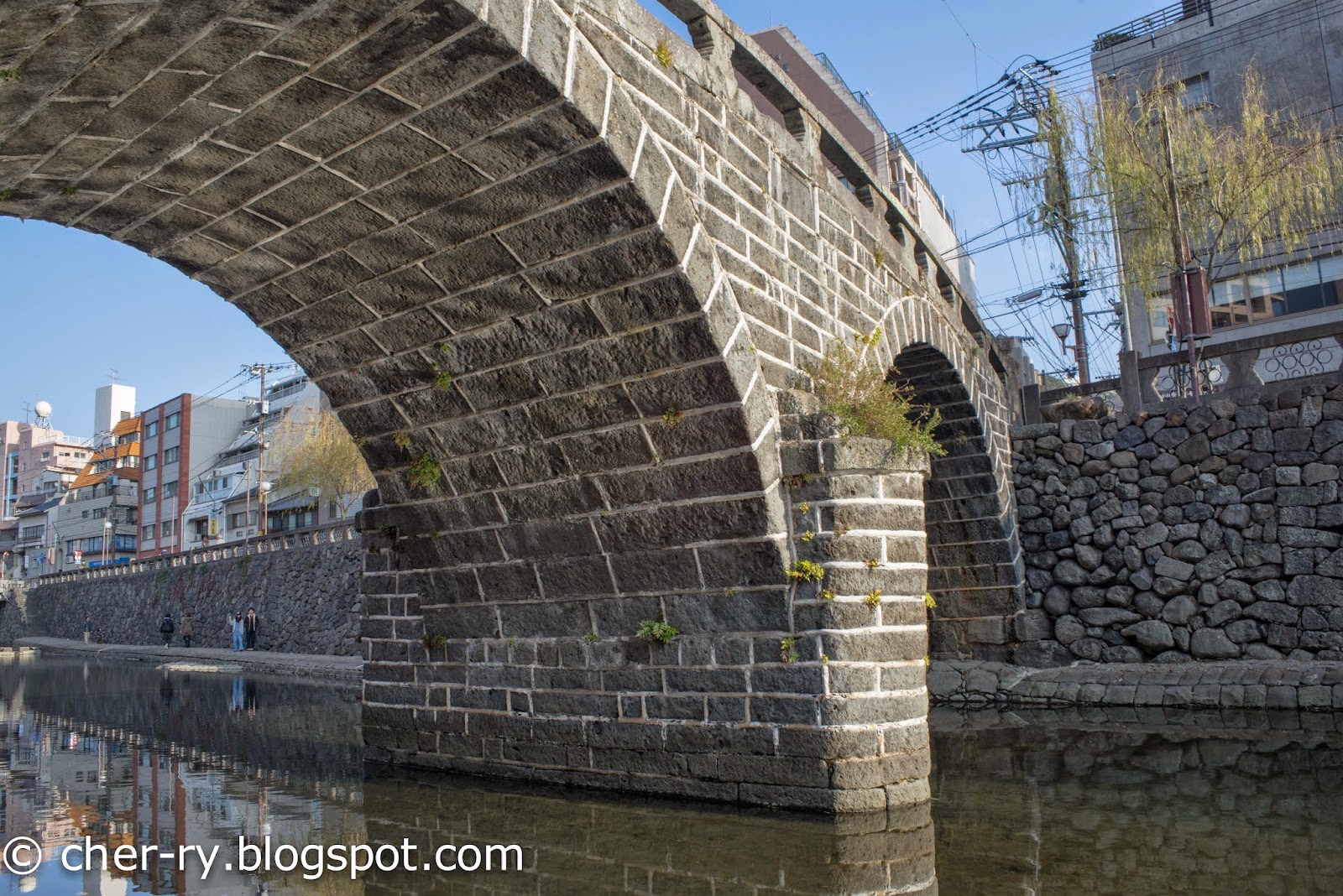 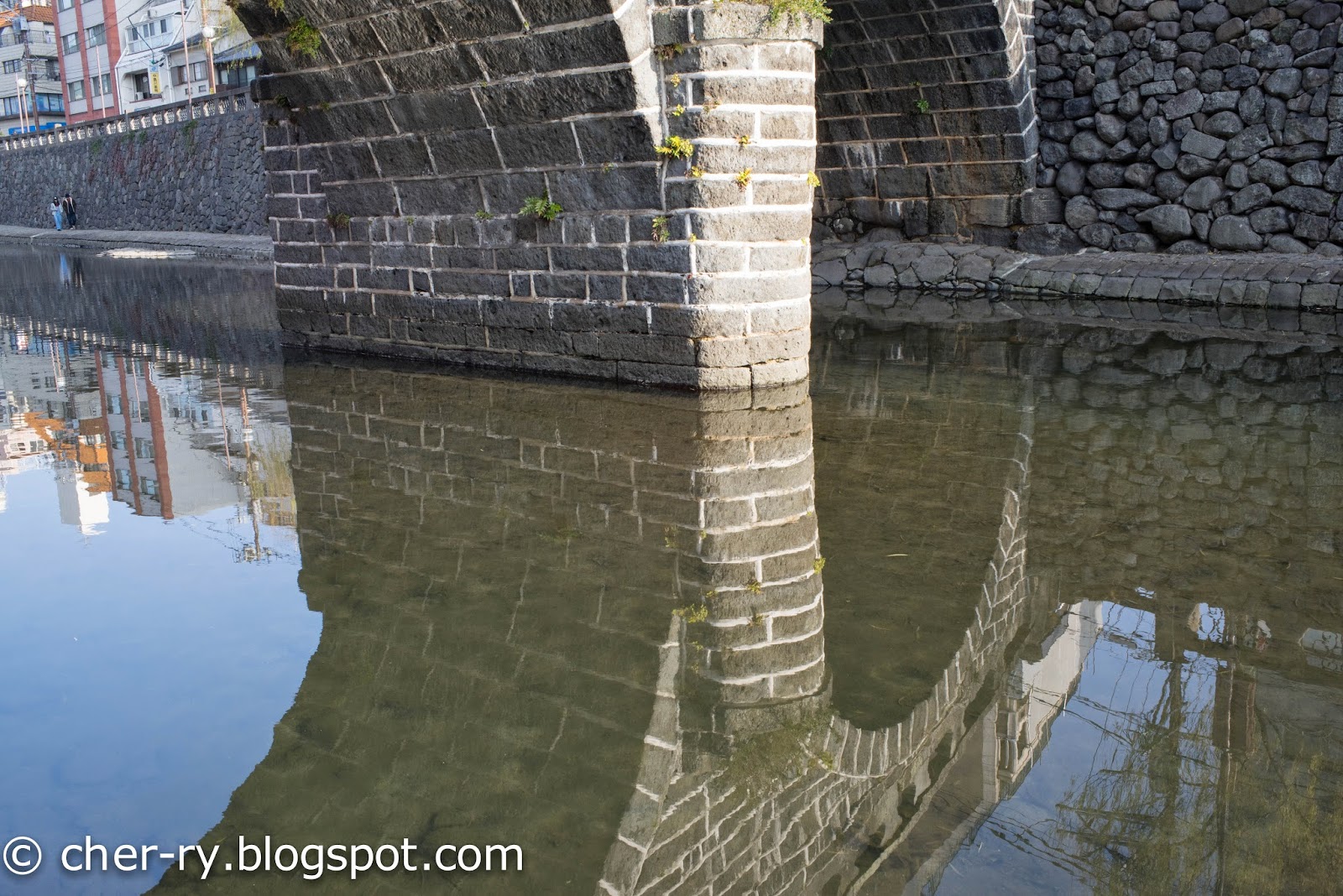 What is so spectacular about this stone bridge?
It looks so chinese. Yes Nagasaki has got a lot of chinese influence as it was once the only open port in the whole of Japan. Megane Bridge was built in 1634 and is the OLDEST stone bridge in Japan. Yes the oldest but it looked so new!!!! Currently being designated as important cultural property, it is so well-maintained. 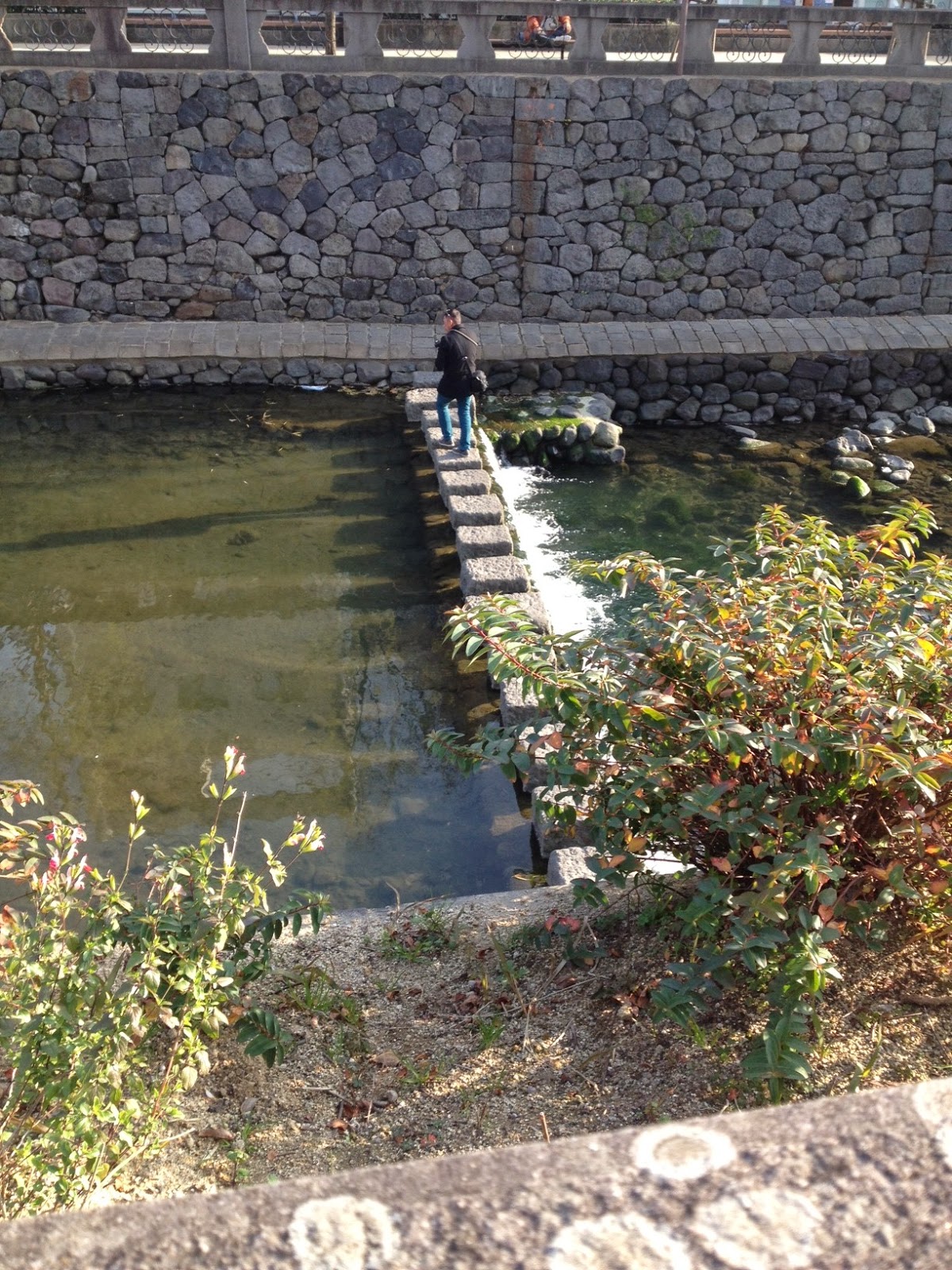 Before Monkey could finish her briefing on this bridge, JS already hopped all the way down to the Nakashima River.

-_-"
never pay attention, alwiz in excitement and in hurry.
I felt like an old teacher trying to control her energetic students. 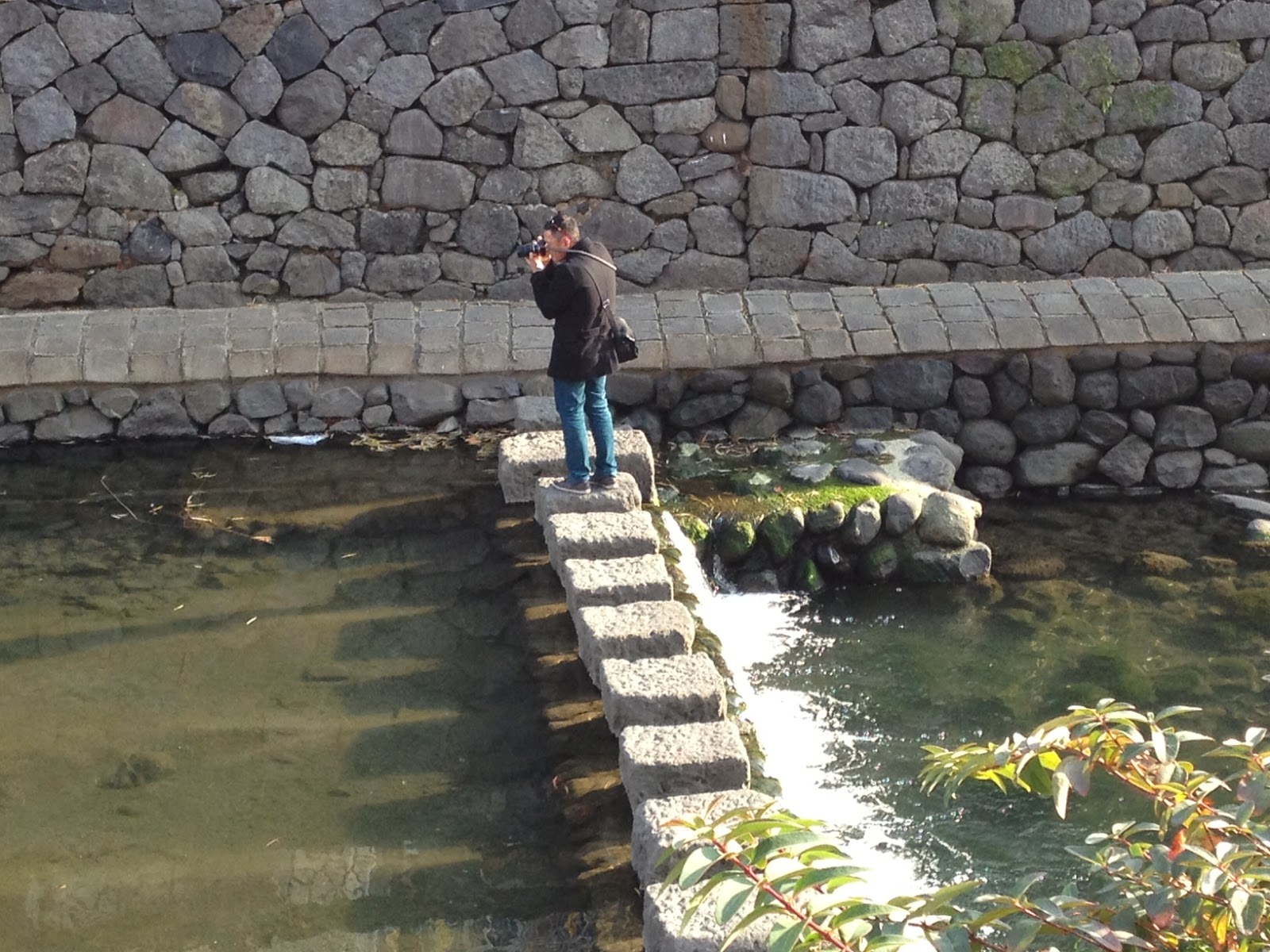 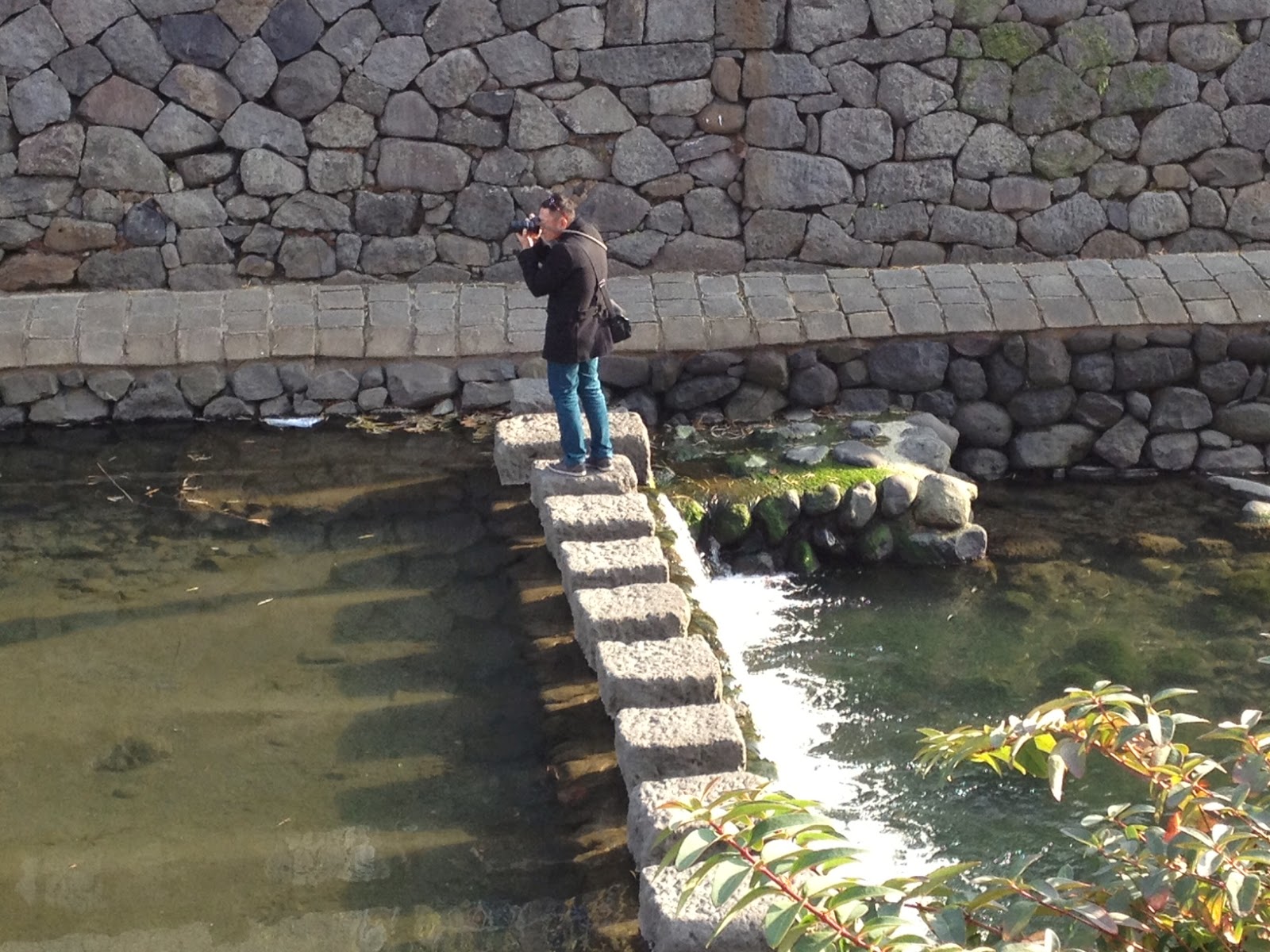 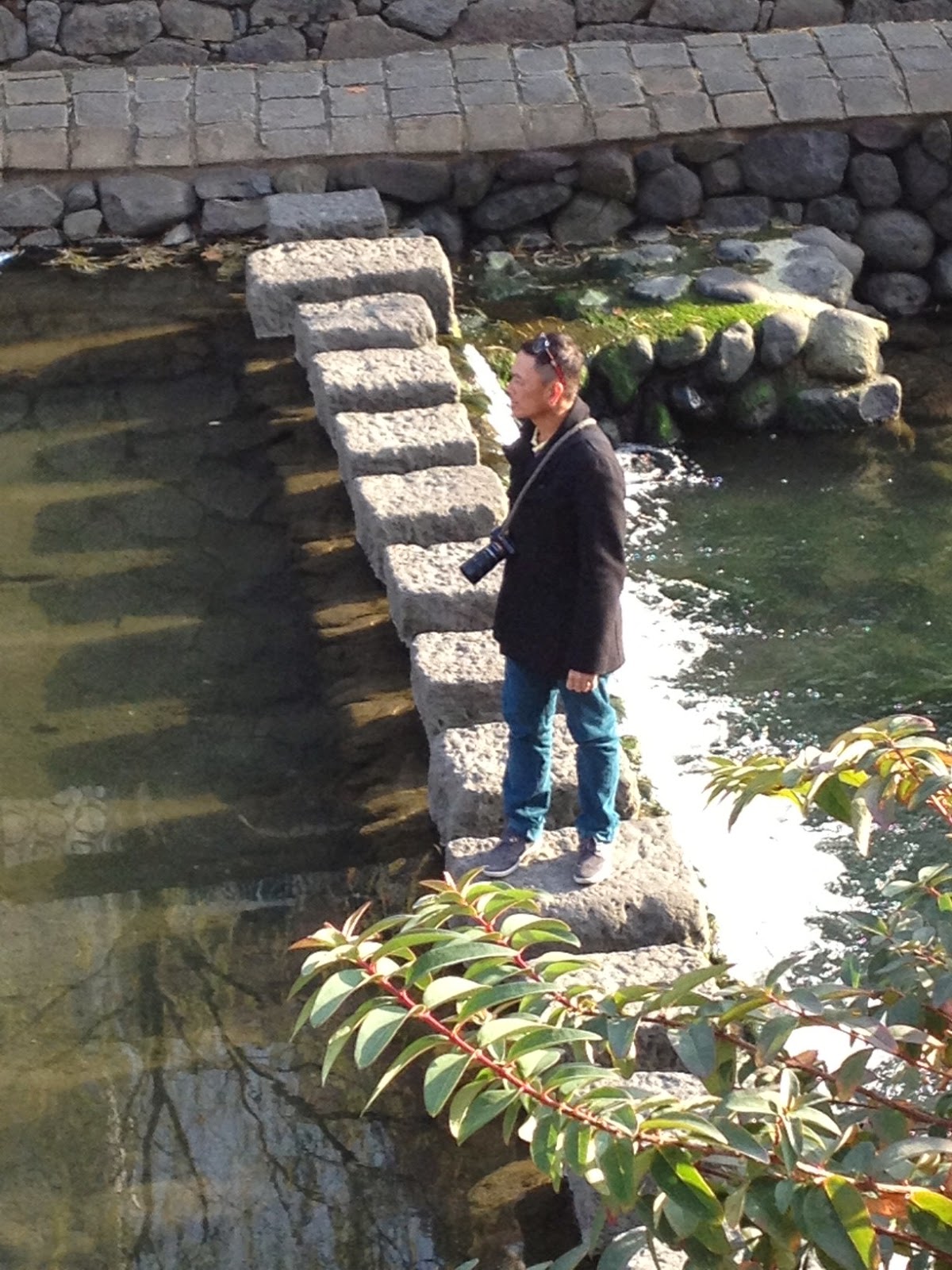 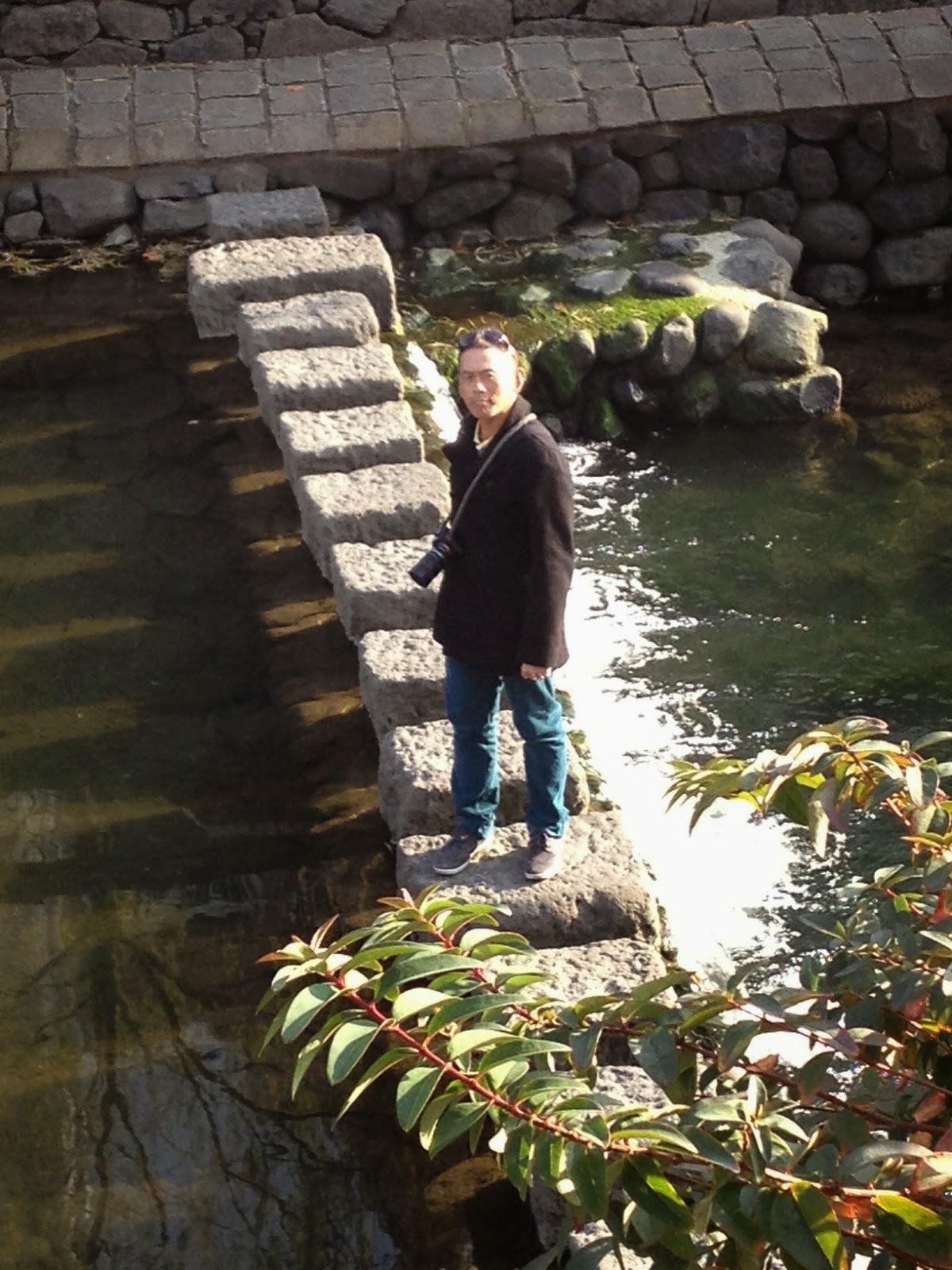 Monkey was raising her fist as she yelled at JS

JS looked back nonchalantly and gave me the sign language that he can't hear a thing.
Monkey GRRRRRR~~~~~~ >.<
Yea there was a rapid at the river that drowns out all the other noise. 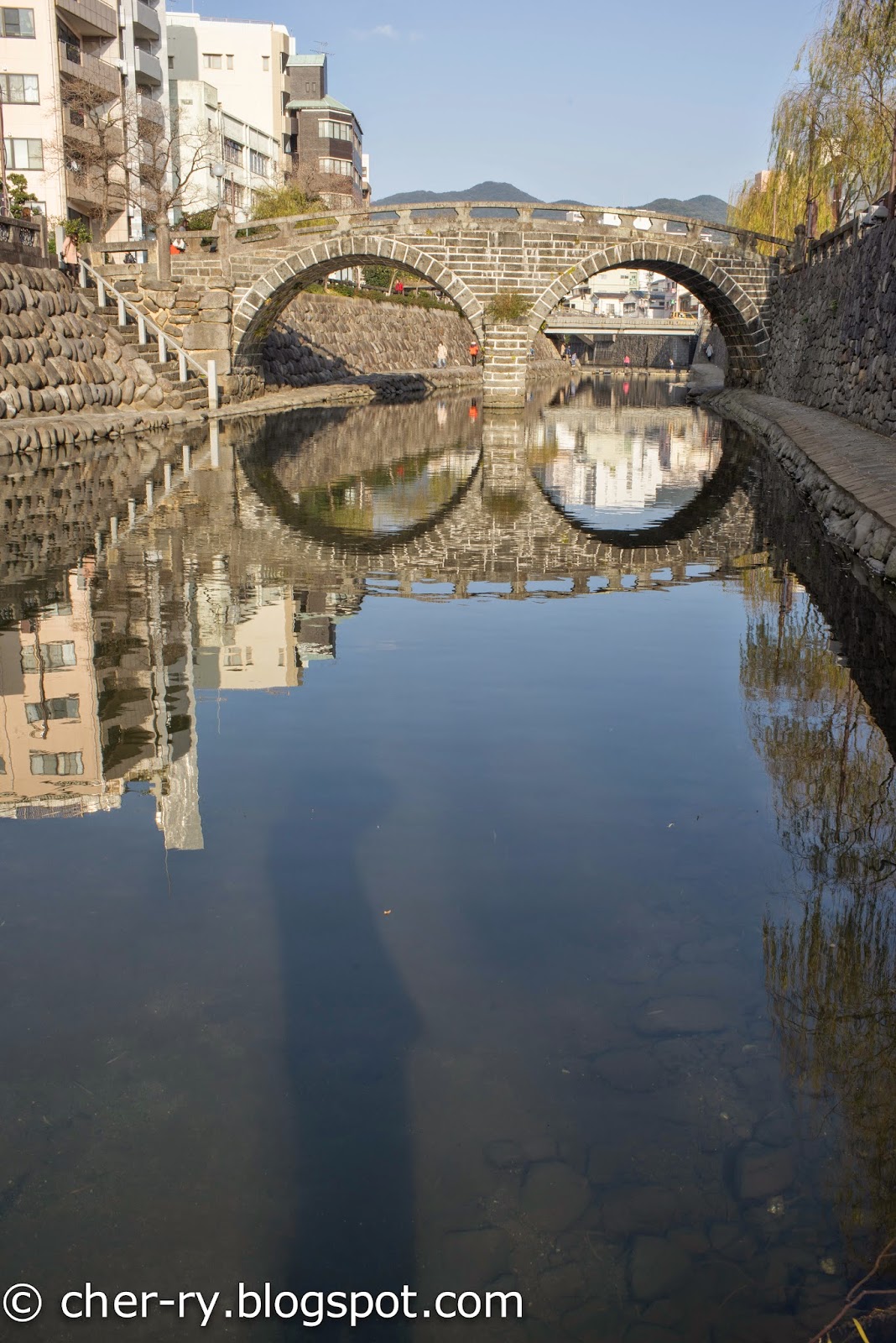 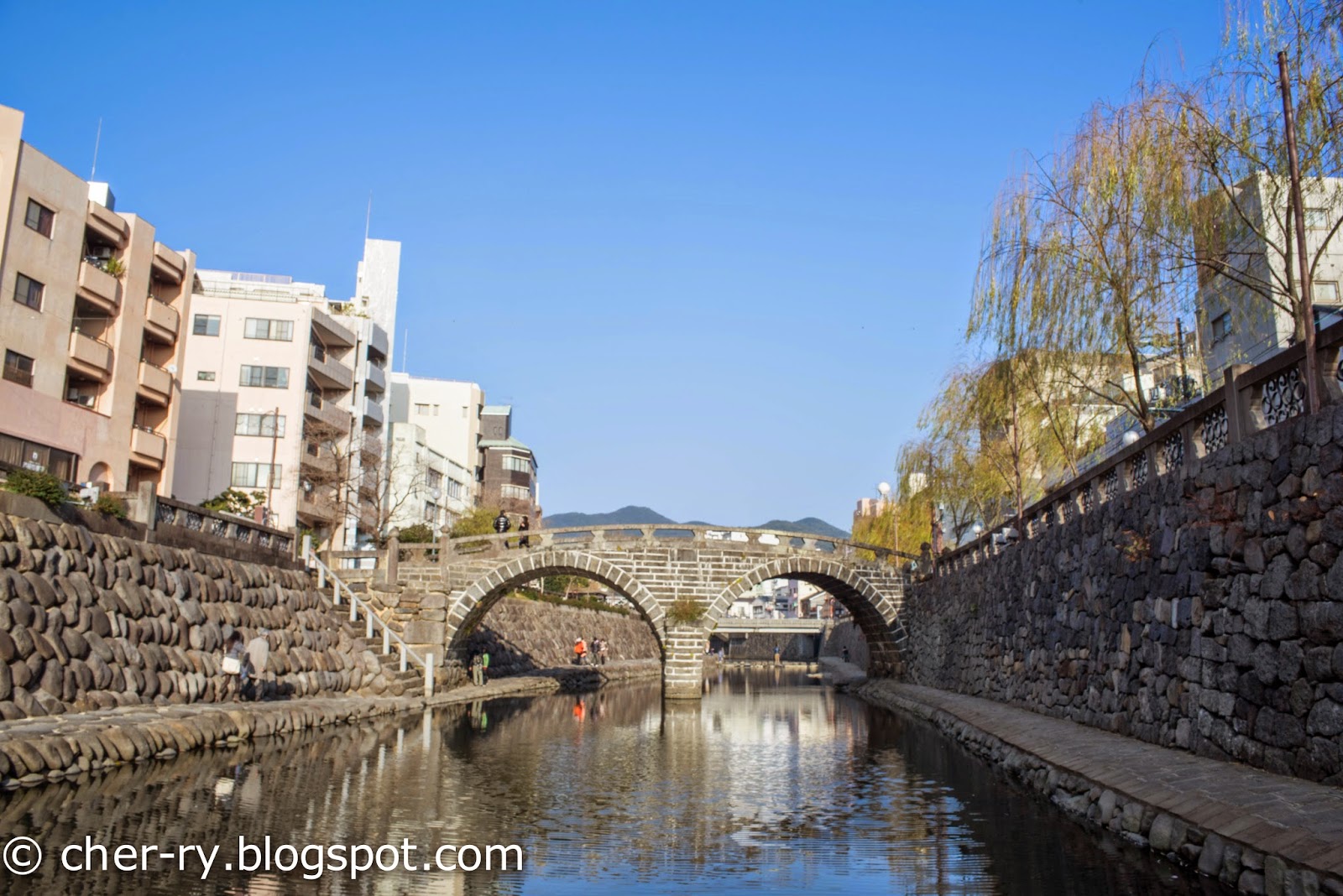 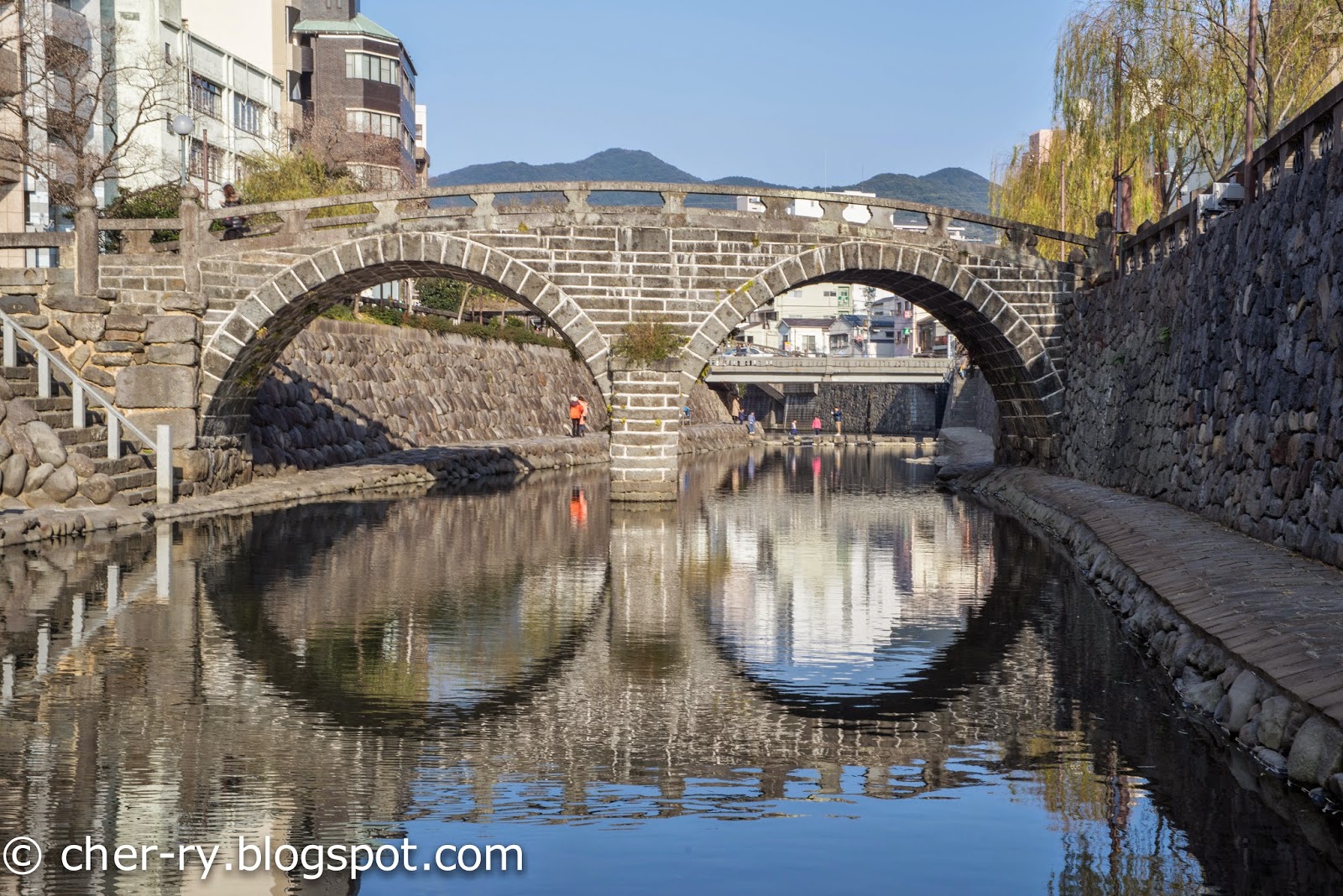 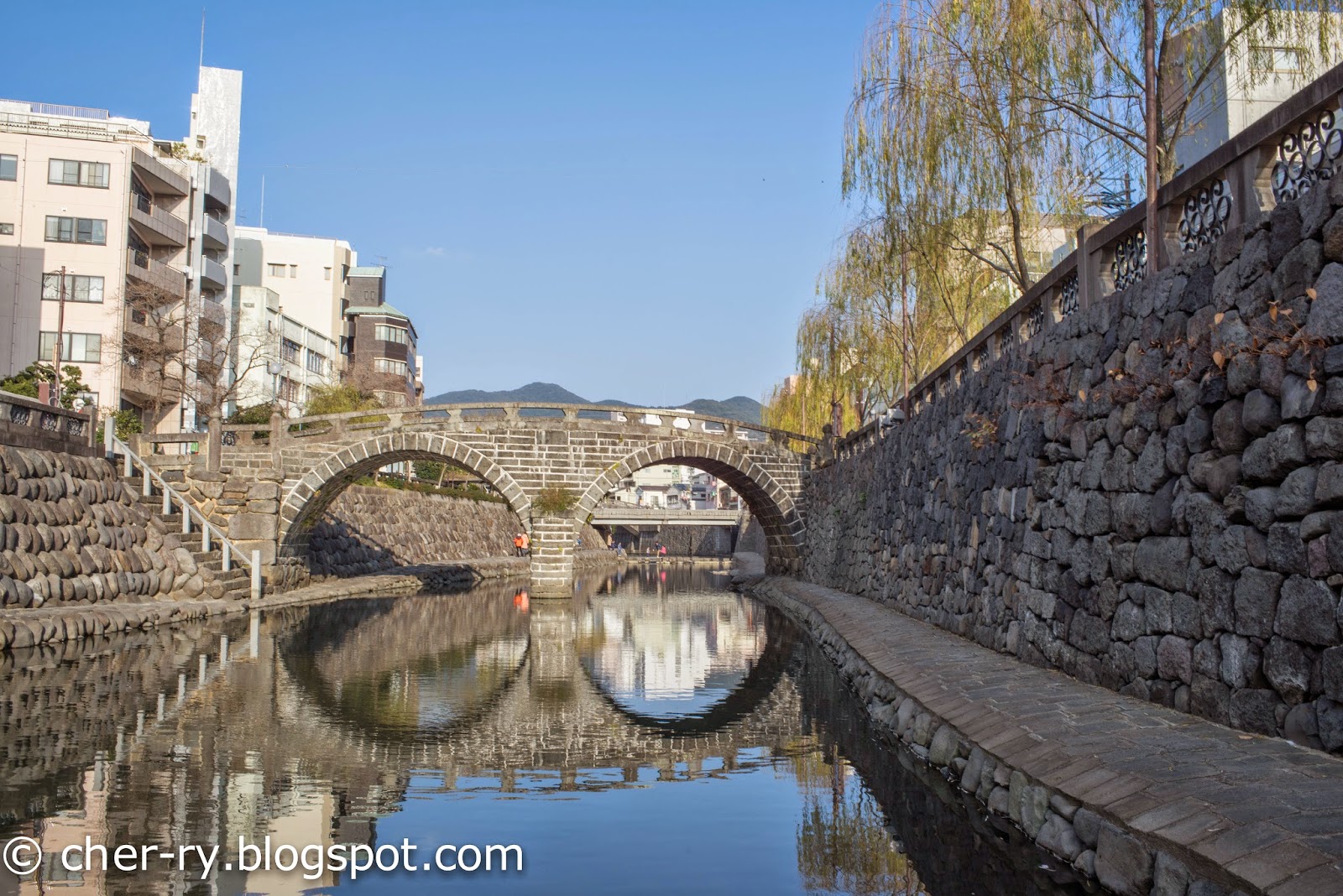 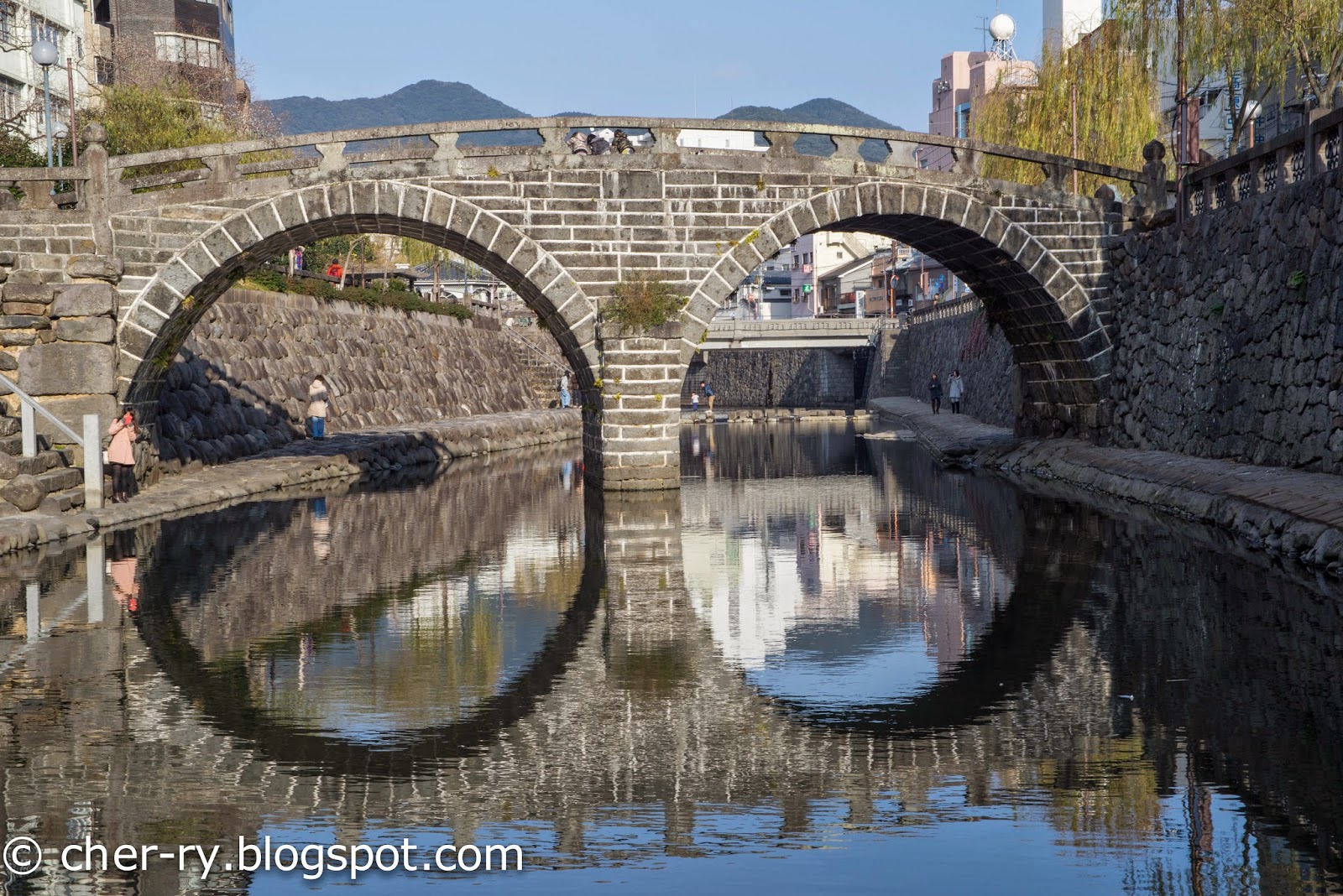 It's called the Spectacles Bridge for a certain reason right?
Looked exactly like those chinese specs....hahahahaha
U will be able to capture this only if the water is so still......minus all the tourists....hahahaha. 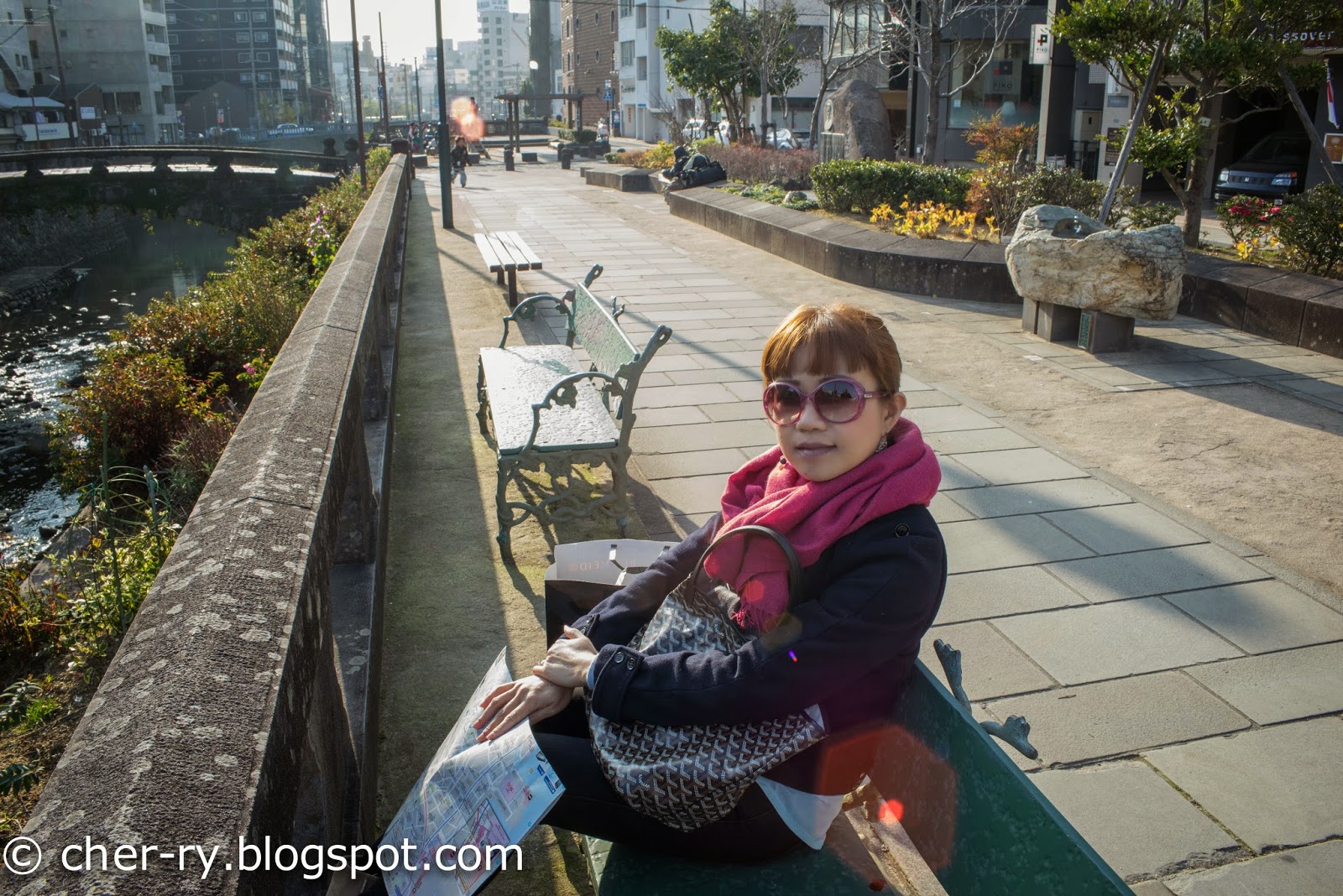 The one with the REAL specs is up there waiting for notti JS with that face. THAT FACE >:(

I'm not a mother but I can damn nag. And JS got another earful for not minding his safety while hopping on those stones. Hey u are in that industry that requires the highest level of HSSE - Health, Safety, Security and Environment.  NAG NAG NAG NAG NAG~~~~~