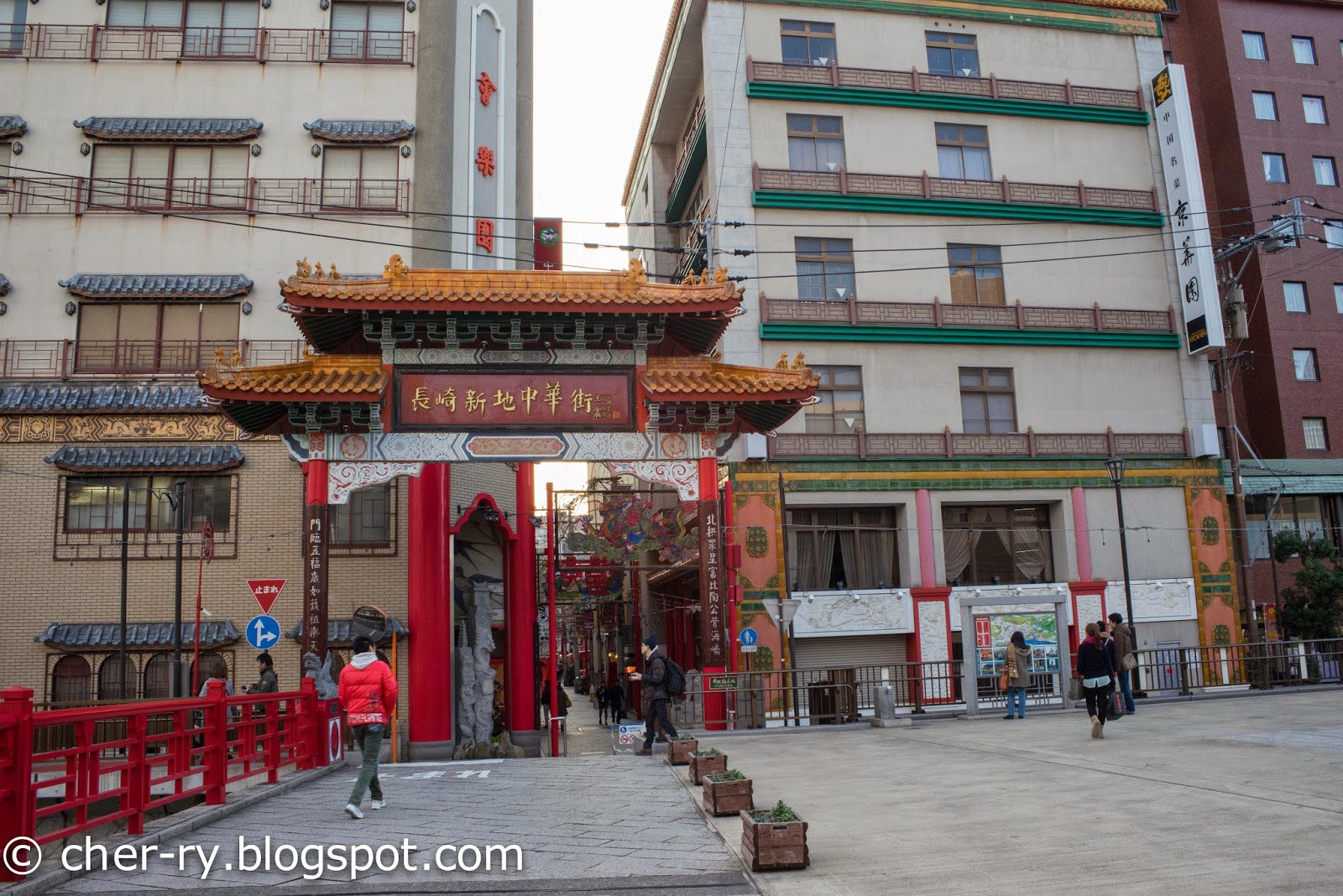 We are not really fans of chinatown....but certain experiences led us to venture into chinatown around the world. This one u can't miss because Chinatown Nagasaki is the oldest chinatown in Japan. Nagasaki being the only city/port that was open to the world received many influences from the Dutch, English, Portuguese and Chinese. 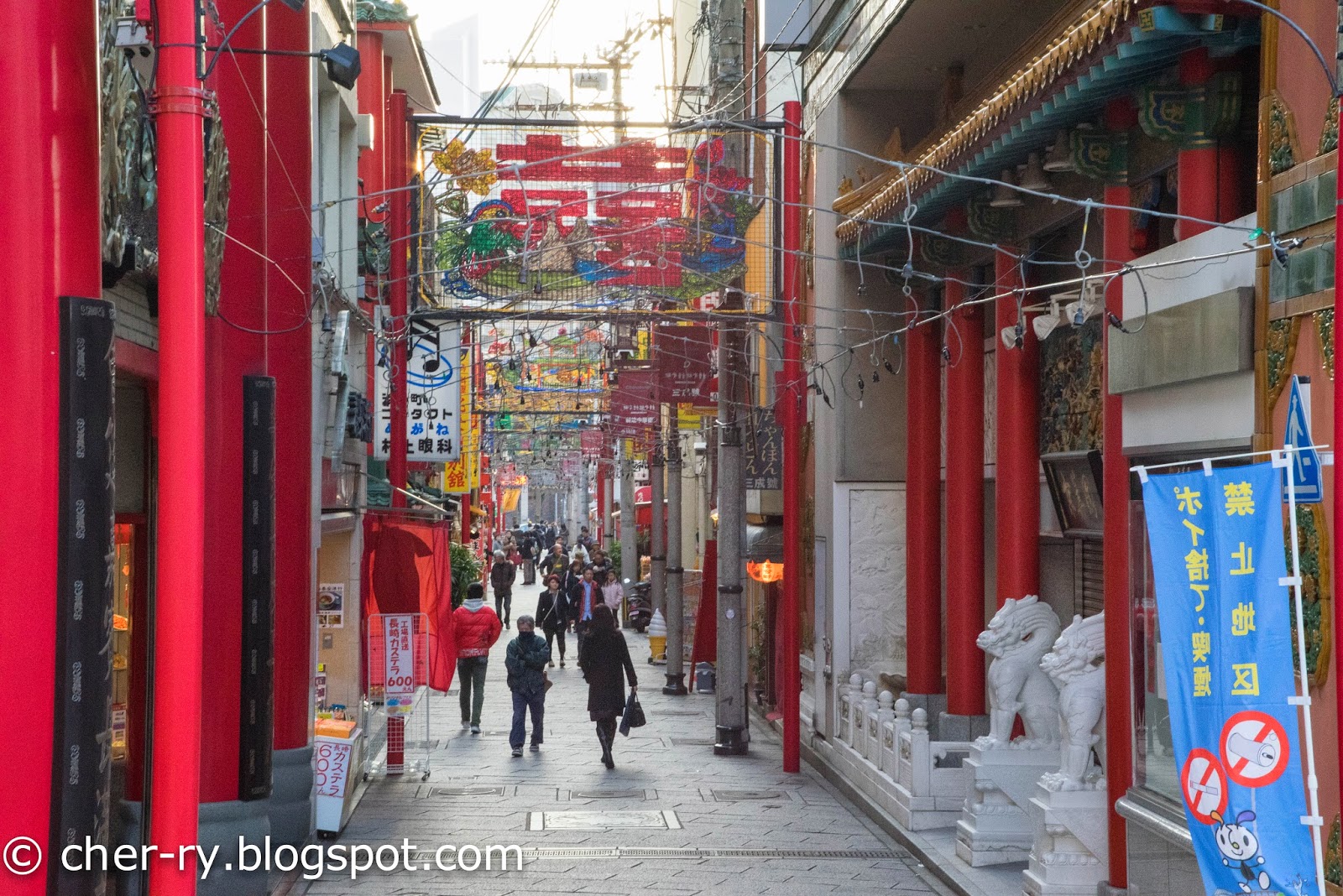 During the Chinese New Year festival, this narrow street would be filled with bright colorful lanterns. Shops lined the narrows lanes in Chinatown selling chinese influenced japanese food and imported goods from China. But we were here for one thing.....FOOD...oh well isn't that obvious by now? 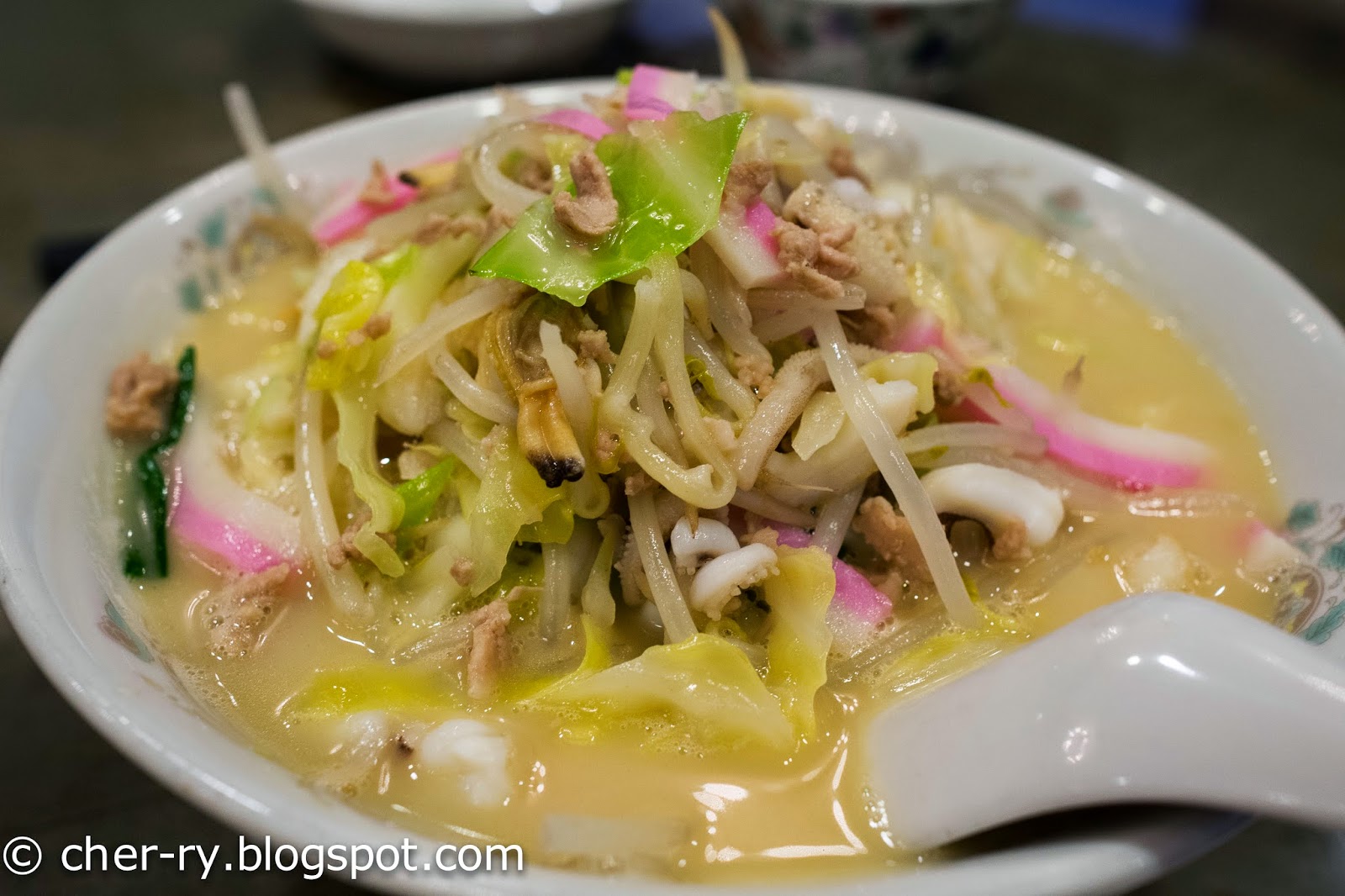 We were told over and over again by Chef Ota of Sumika Yakitori this is a must have in Nagasaki. We trusted him wholly, afterall he's from Nagasaki :)))) The dish is made with frying pieces of pork and seafood in lard. Oh yumms...in lard :)))))) before the chicken and pork bone soup is added. And finally noodles and vegetables. This is entirely different from ramen....the broth is sweet and rich with loads of squids, octopus, clams and pork. 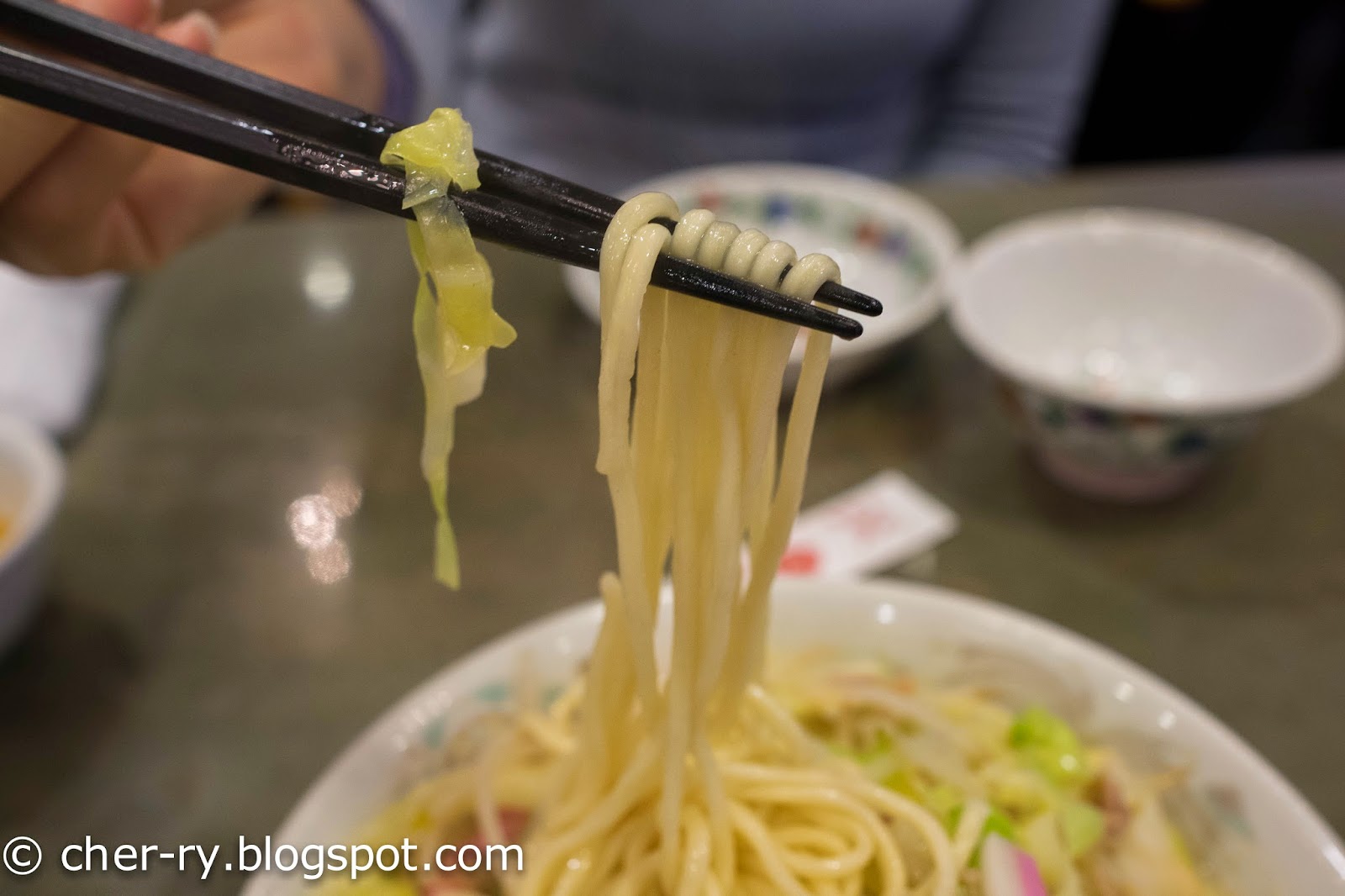 The texture of the noodle is really good too!!! my only complain....I need chilis!!!!! 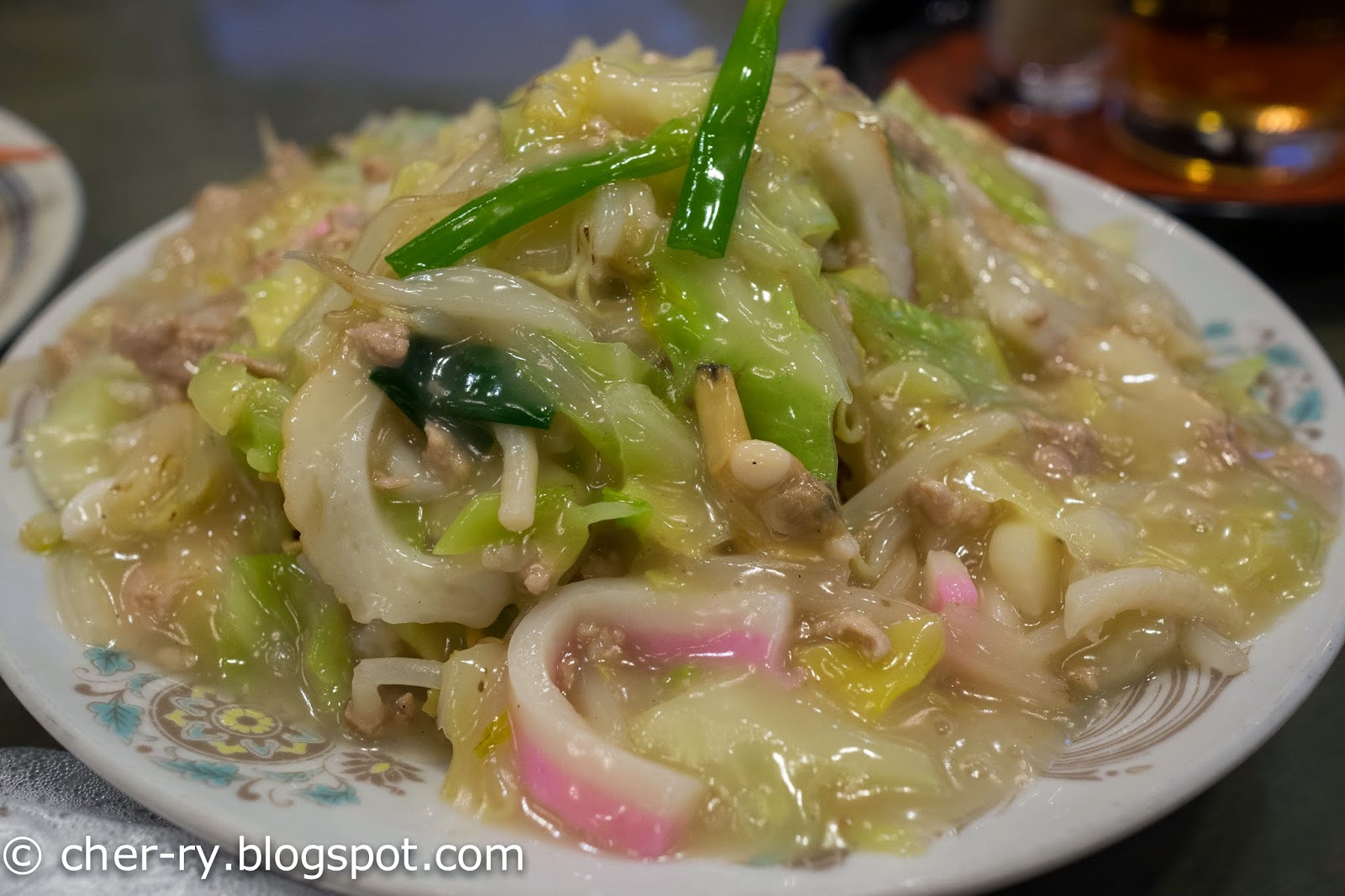 The next dish is called Sara Udon. The inventor of this dish is definitely not Miss Sara. Hahahaha. Another local dish of Nagasaki. It basically consisted of the same ingredients of Champon. 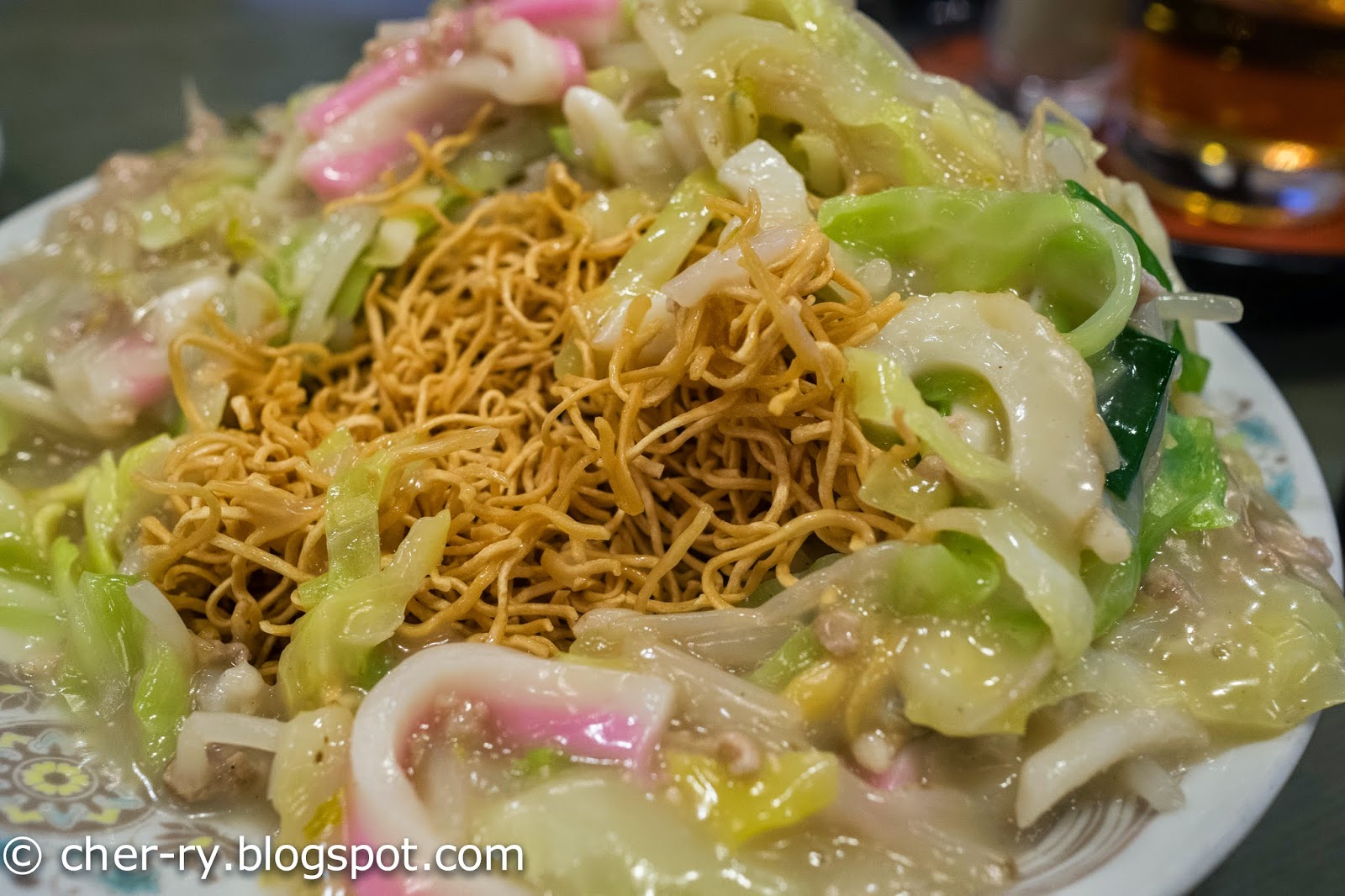 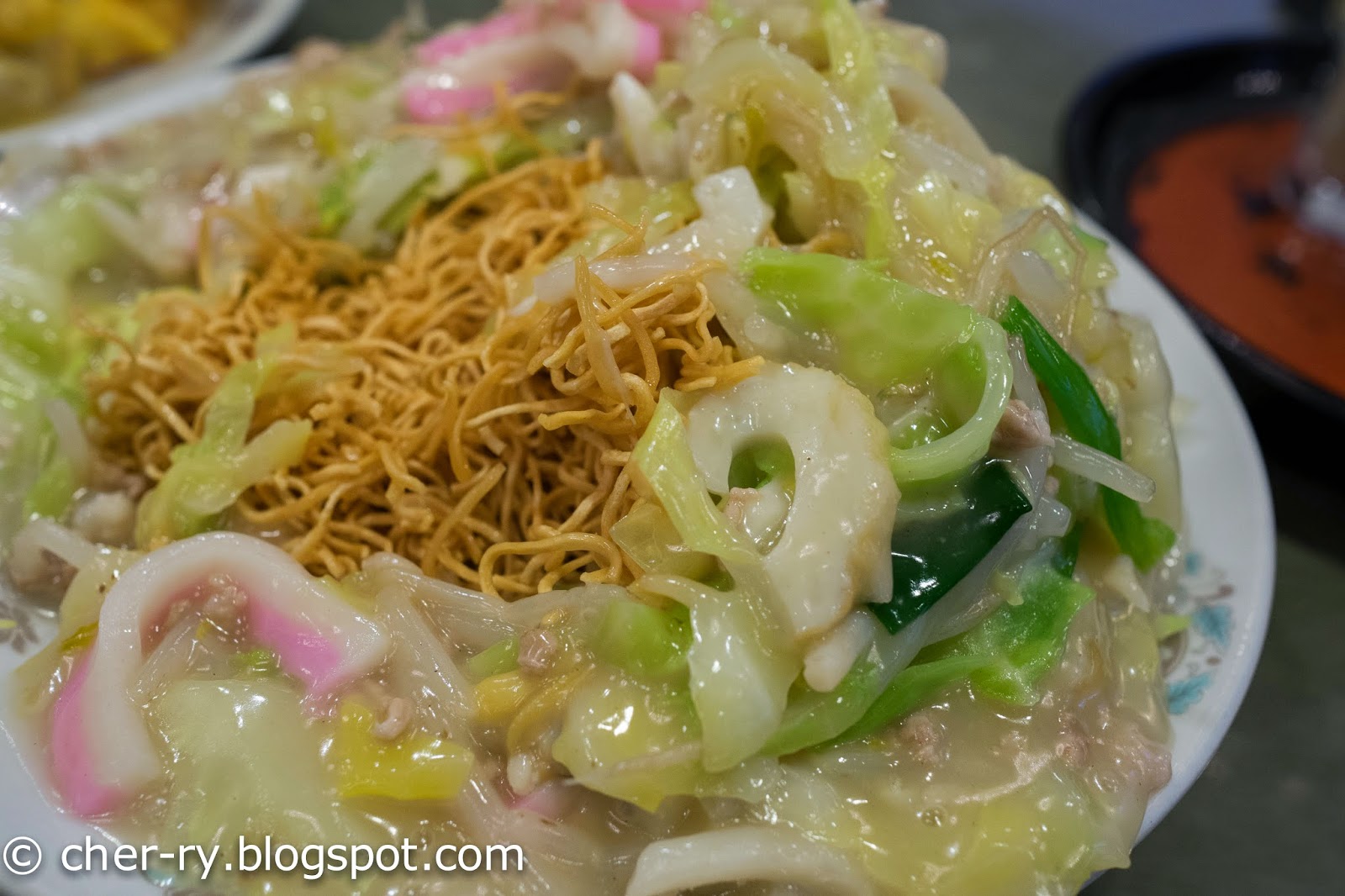 The portion was huge for both the Champon and Sara Udon but u gotta eat wat the locals eat here. As usual we were the only locals around. I couldn't even remember the name of this restaurant hahahaha. 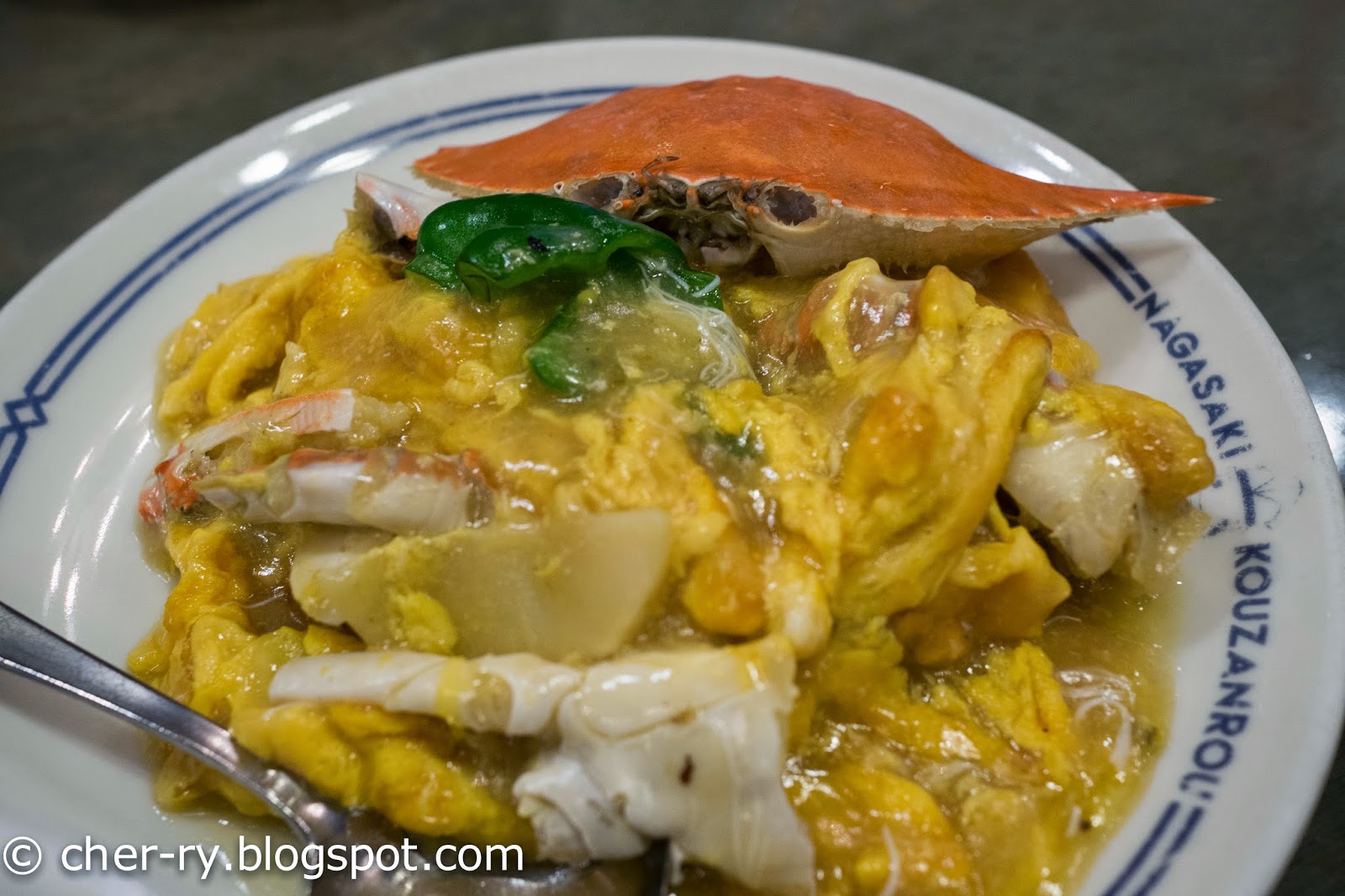 Hello Mr. Crab!!! we are gonna eat u!!!
this was worth trying because we wanted to have something else apart from carbs. The thing about chinese food when there's only 2 of u.....it's so difficult to have more variety!! This was velvety eggs scrambled with crab. 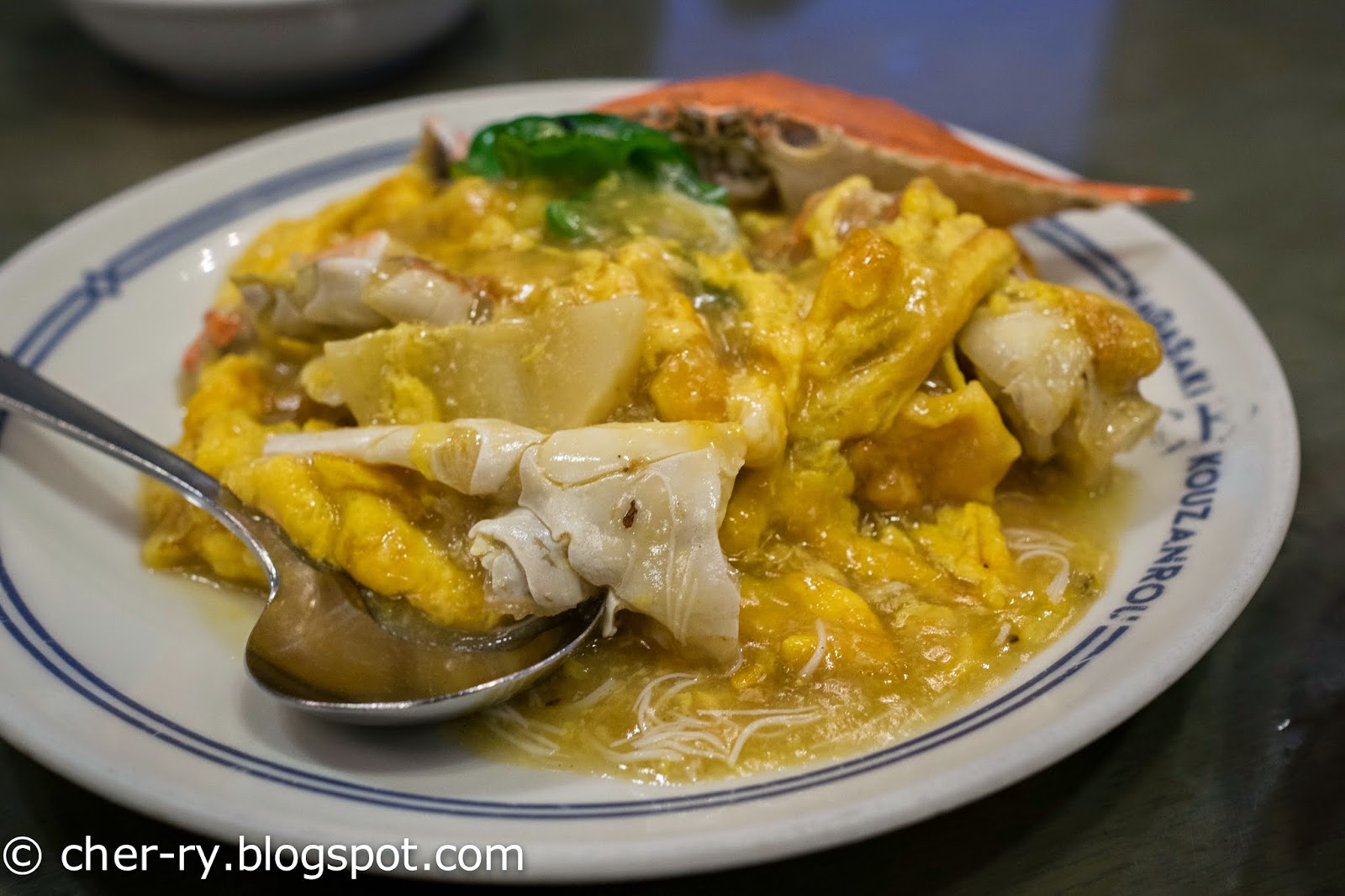 This dish looked so simple but my gawd.....so yummy. Best chinese scrambled eggs ever!!! The eggs were so yummy with intense fragrant and I suspected they used lard....:)))))))))

Other eats in Chinatown and native to Nagasaki would be steamed marinated pork cutlet served in really hot soft buns. That's my favourite especially for snacks or even lunch :))))

The famous dish Champon was originated from the famed Shikairou which housed a Champon Museum too..hahahaha. Instead we thought of settling for something less-touristy here at Konzanrou, the best chinese restaurant in Chinatown, Nagasaki :))))