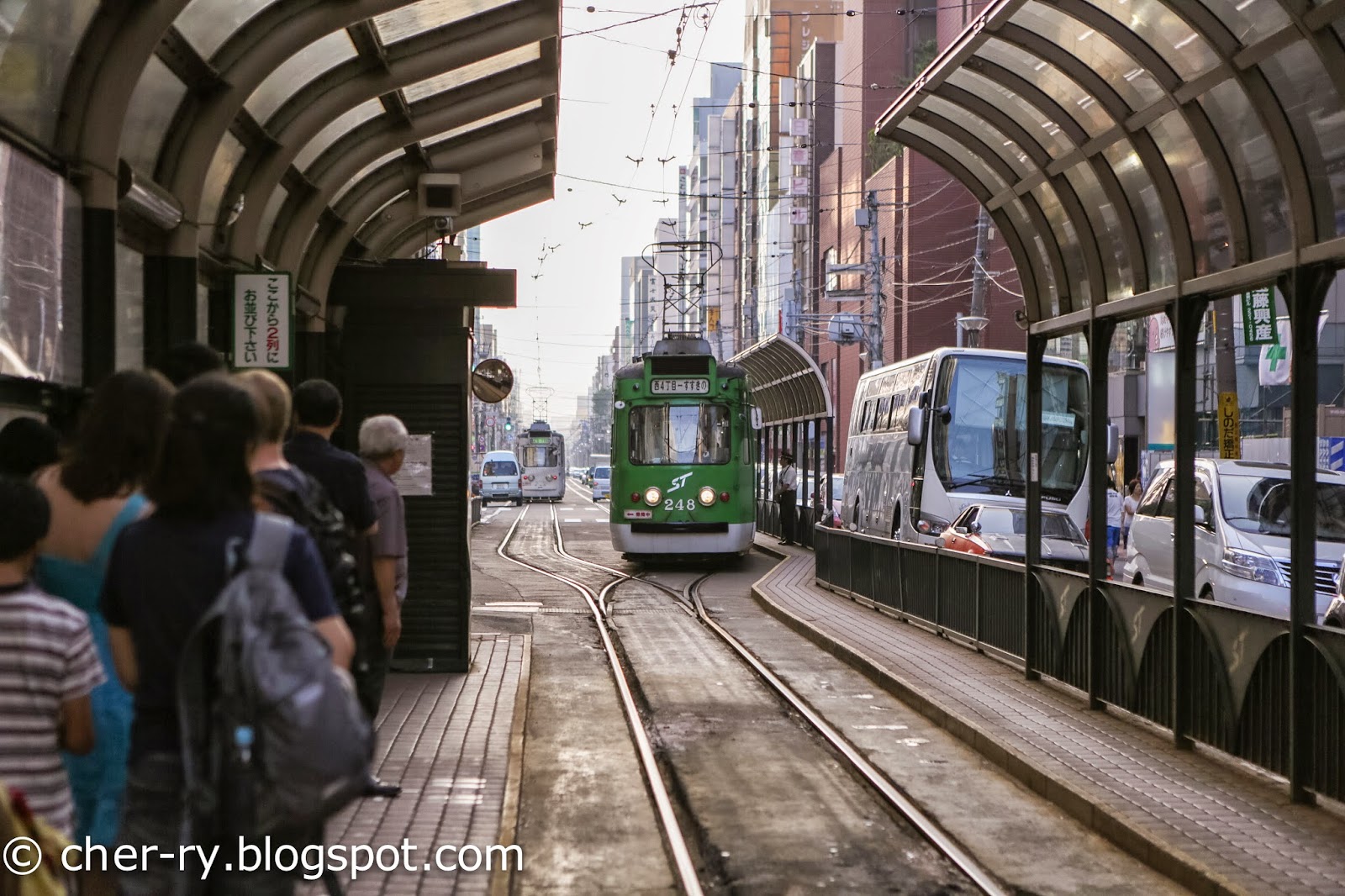 Japanese refer this as StreetCar and not trams. Watever it's called, we are glad that this is one of the efficient public transport available. Streetcars usually go either in loops or 2 ways left and right, north south or east west. So it's really easy to board one and you pay upon your destination, there's a screen on top of the driver which states the exact fare that you need to pay.

To get to the foot of Mount Moiwa, get onto the one and only streetcar system in Sapporo from Susukino. It's quite a slow gentle ride, about 25 minutes to Ropeway Iriguchi Station. 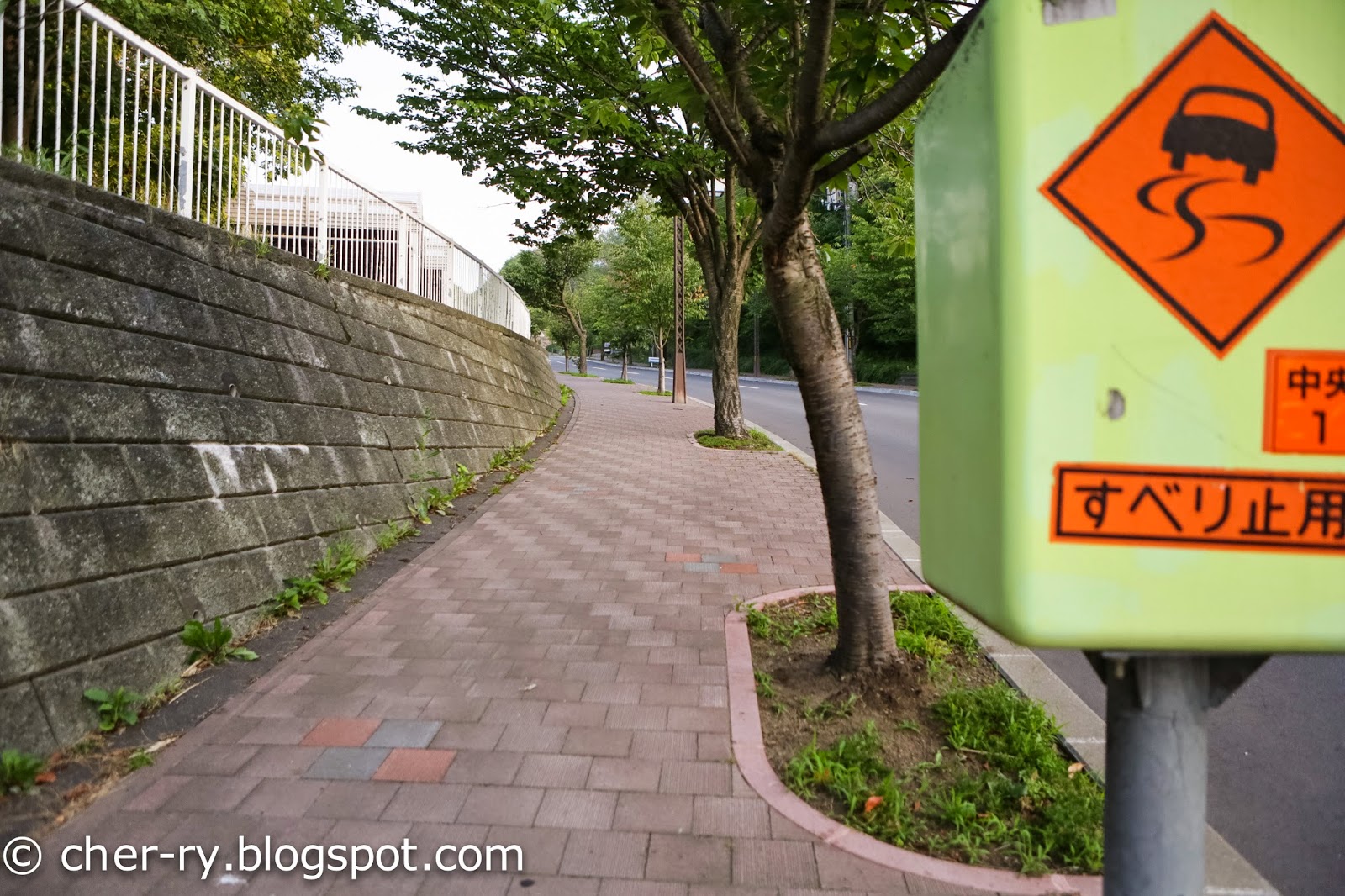 Once at the station, cross the road to the FREE shuttle bus service to the ropeway station. Yeah Japanese refer it as ropeway and not cablecars. Hahahahaha.

Anyway it's just a 5 minutes walk and up we went on the slope to Mount Moiwa Ropeway station. It's just so much faster to walk than to wait for the bus and there was already a queue waiting for this mini bus. We didn't wanna miss the sunset and there's a schedule for their ropeways. 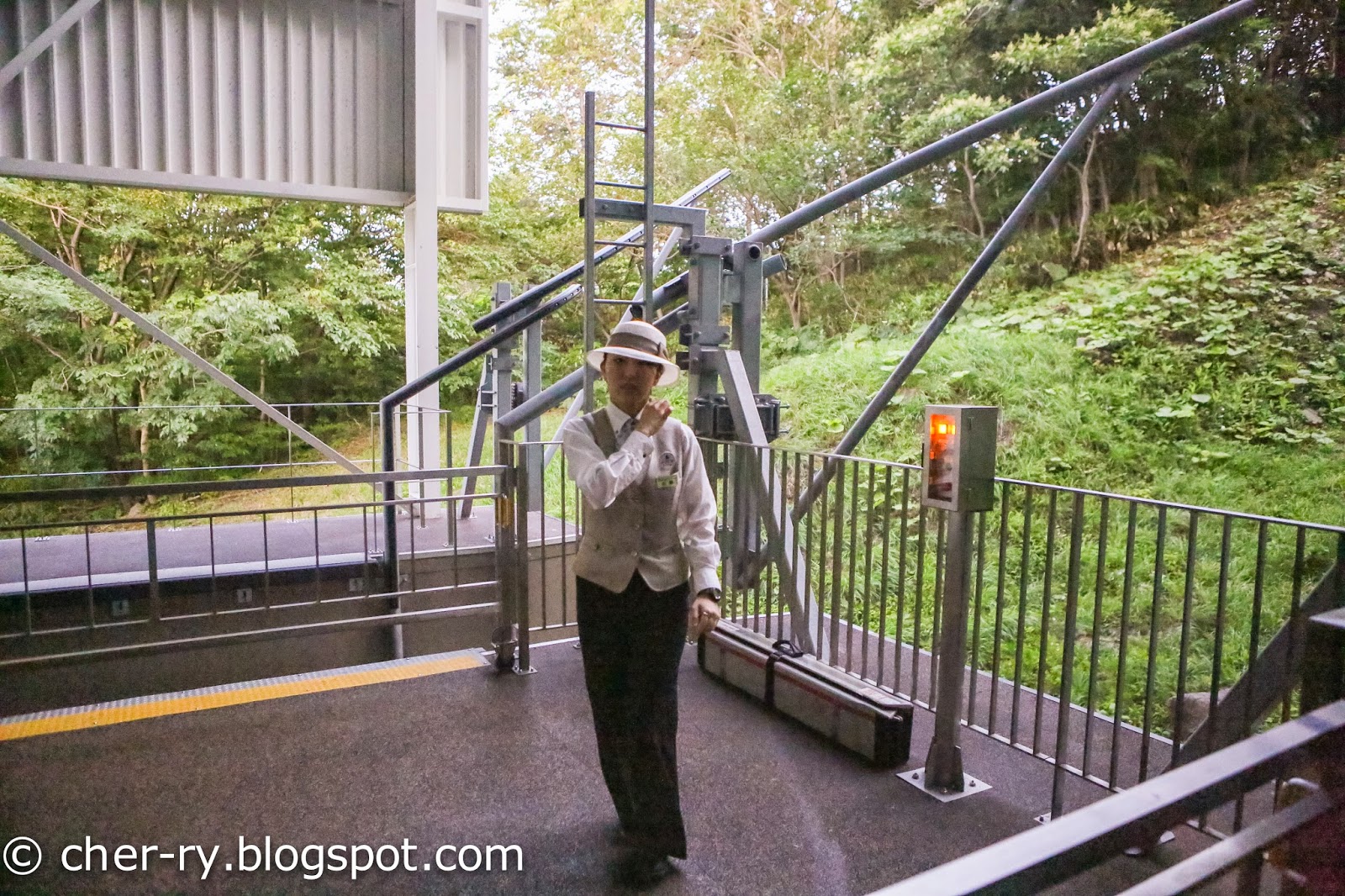 Again both JS and Monkey were so lucky to be on time to catch the ropeway....just a nick of 2 minutes. Hahahaha if we missed it, we gotta wait another 15 minutes and 15 minutes is long if u don't wanna miss the sunset!!!! 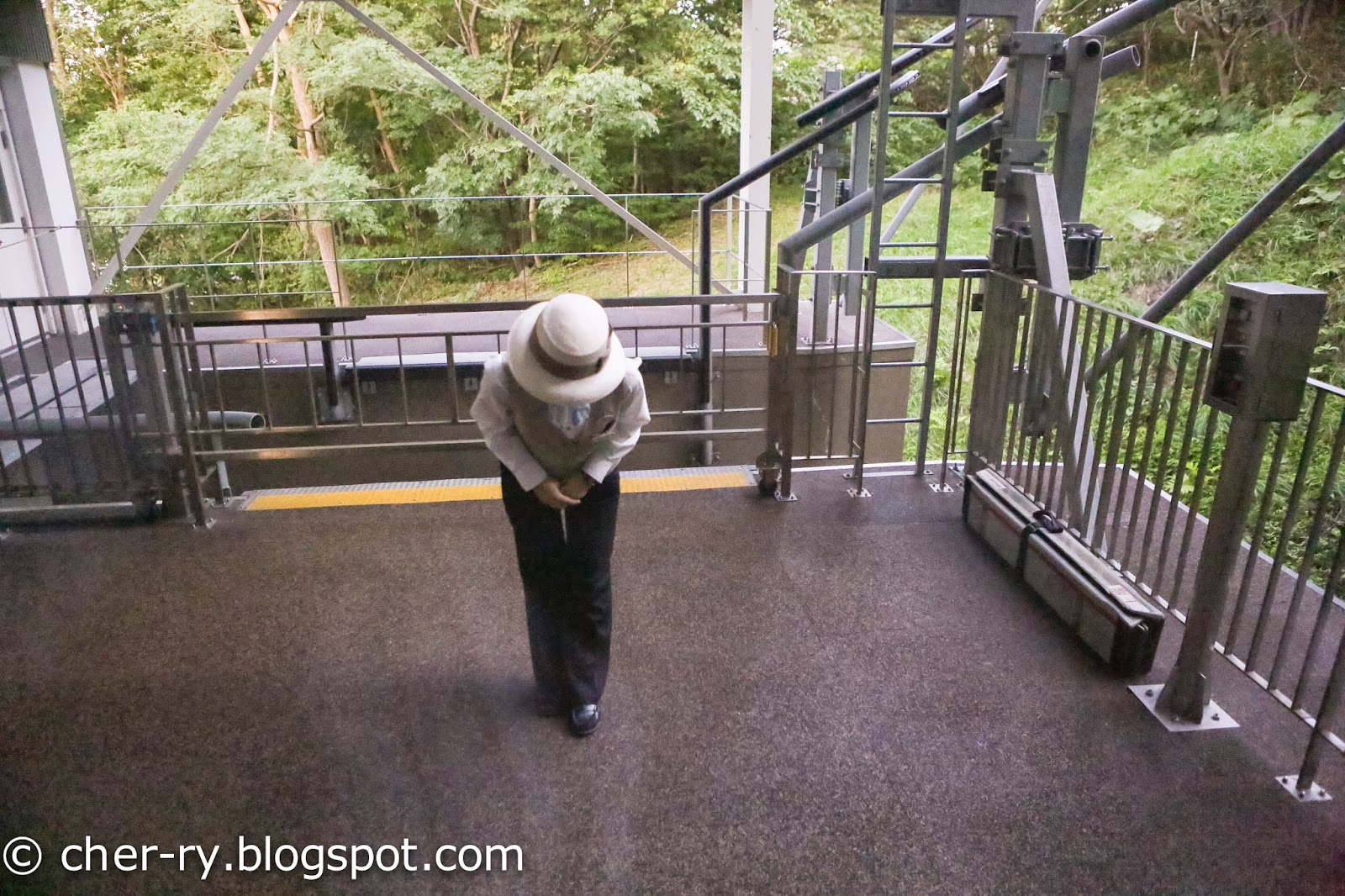 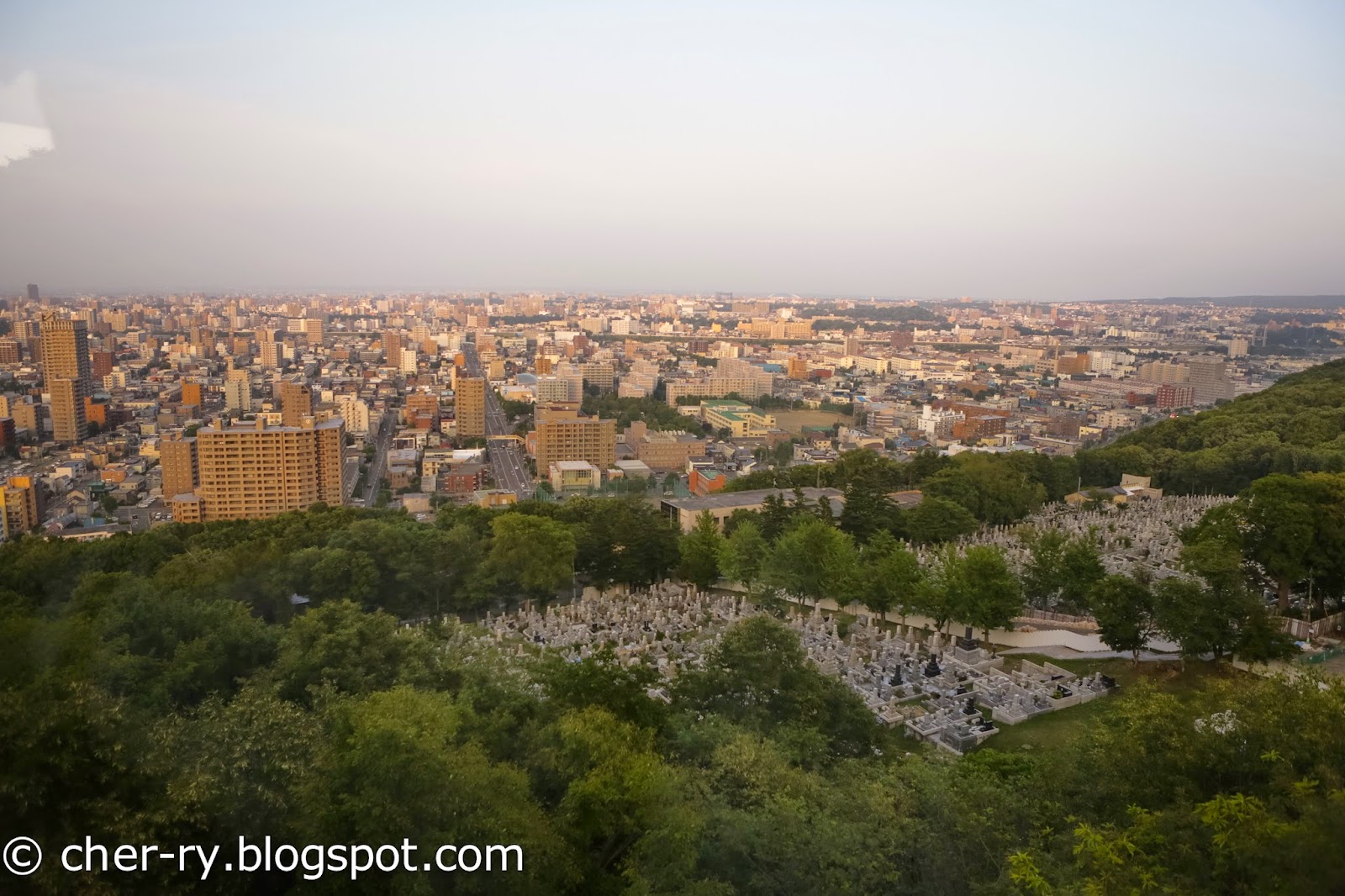 up up and away...first thing we saw were cemeteries hahahahaha.
From the lights, u could see dusk is falling. Quick Quick!!! there's 2 types of ropeway we needed to take to get to the summit of Mount Moiwa 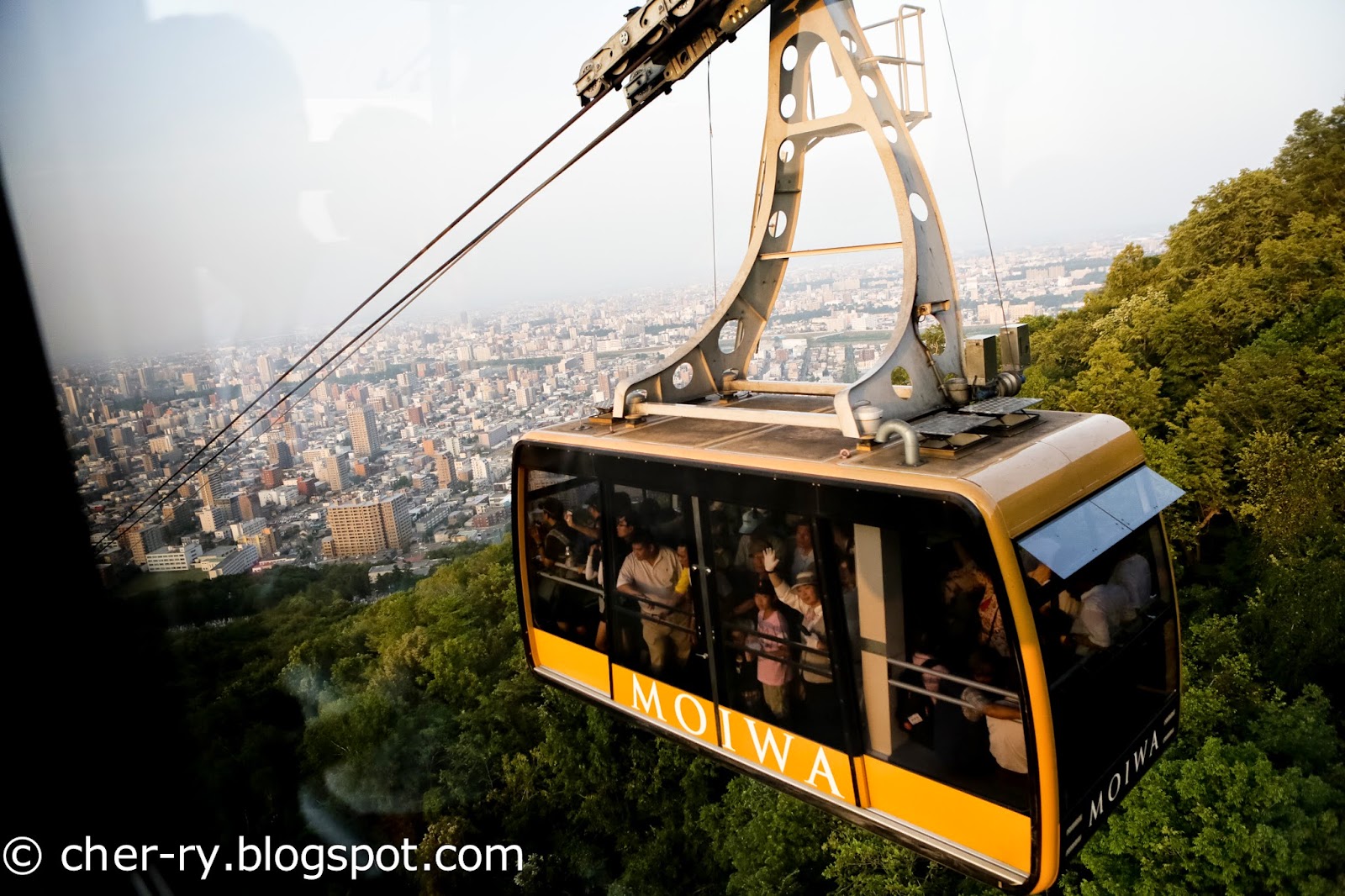 As we were ascending, another ropeway was heading down. Its conductor was waving good bye to us while its passengers were bz immersed in the stunning view of Sapporo 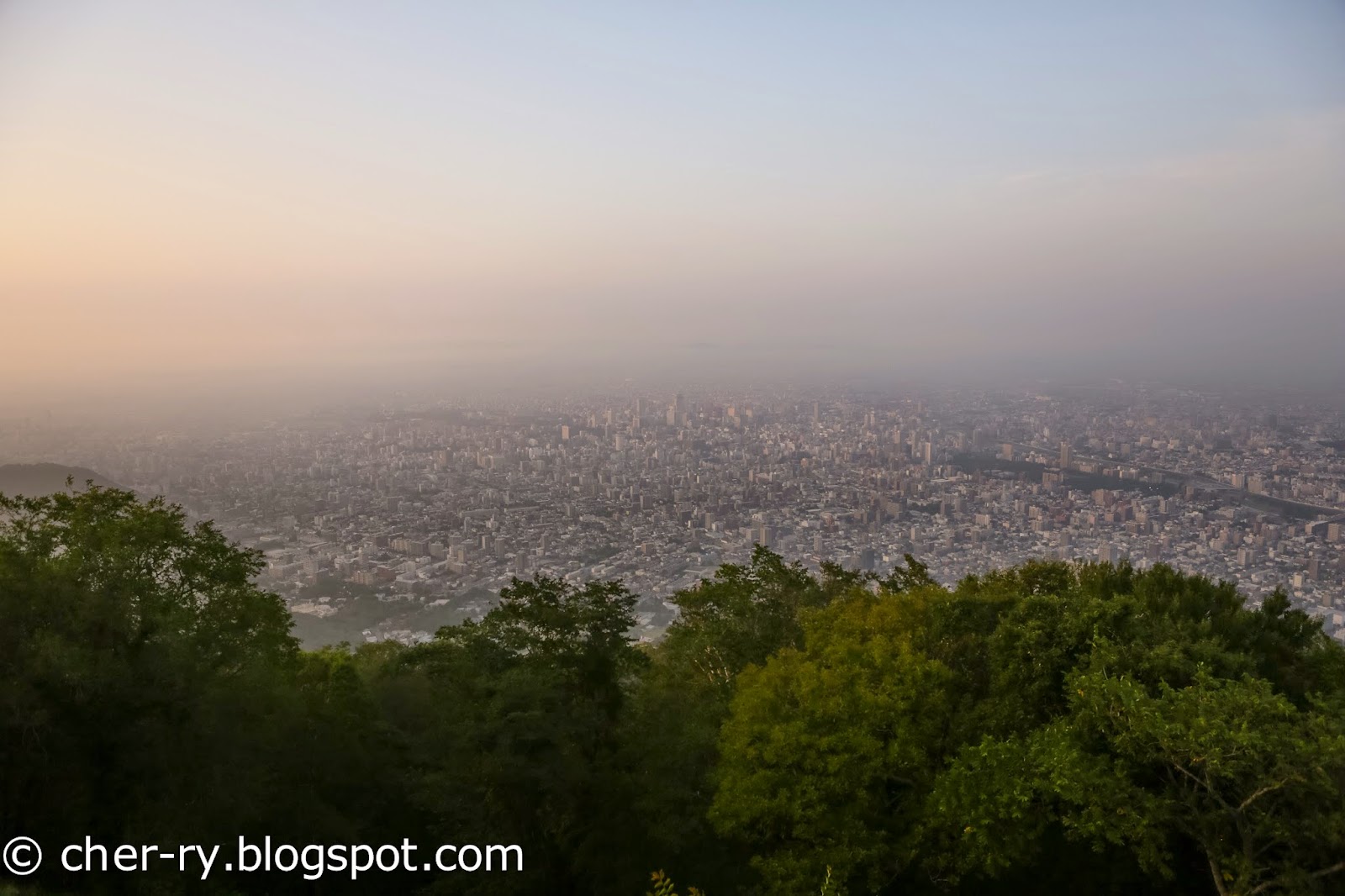 I'm not a fan of heights, so the short ride was still pretty scary. Once at the first station, we gotta alight to board another mini cable car to go all the way to the top.

Soon the city of Sapporo bcame small tiny lego bricks and we could see the Sea of Japan far on its horizon!!!!

kiasu JS quickly set up his camera on the best spot for sunset while Monkey went to fetch drinks from one of those really "Canggih" machines. Japanese and their automated machines hahaha.

By the time I've walked back with my drinks, a small group of people already surrounded JS. All hoping to get the same shots with their mobile phones. Sigh...it's not the same...u people won't be able to get this...not even my very phone iPhone. If everyone could capture this with their mobile phones then brands like Leica, Canon, Nikon etc would need to "gulung tikar"

Such a stunning sunset  it could even look like sunrise. Hahahahahaha
Yea we came all the way up here just for a sunset. It has become our to-do list everytime we travel. Afterall sunsets are so much easier to catch than sunrise. Gah!!! when we were in Hokkaido the sun rises at 4am. It's just too freaking early!!!

as it was slowly setting the very last bit, a bird had to fly across
-_-"

and finally bye bye for the day, see you tomorrow on the other side ok Mr. Sunshine?

Mount Moiwa has got a beautiful Ski Resorts too. I guess everywhere in Hokkaido whenever there's mountains there's ski resorts. 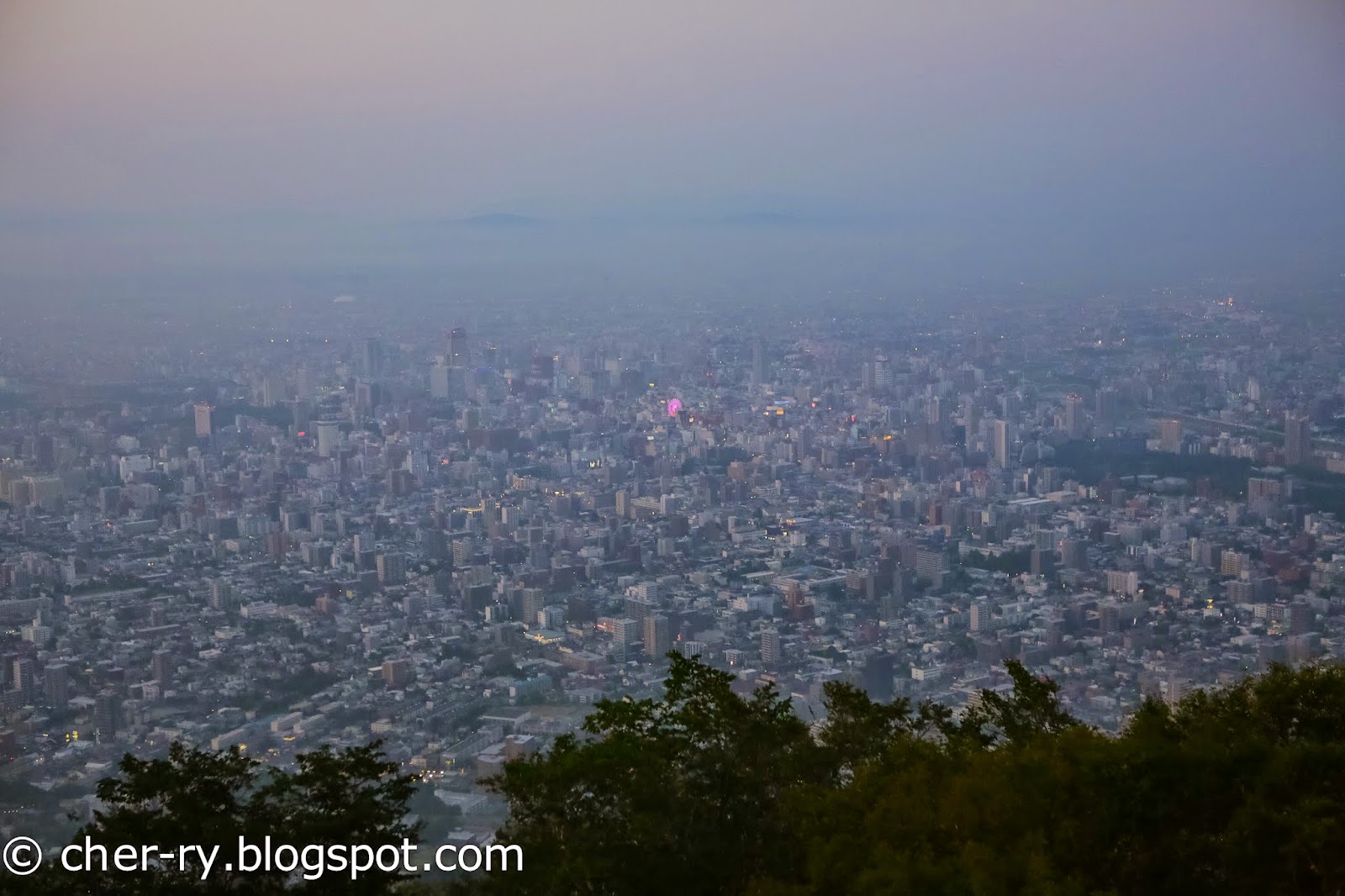 We then dashed to the other side to check out the lights popping up the skyline of Sapporo. Being in the Ring of Fire, Japan can't really build tall buildings, and nope...this time around at our visit there isn't any tremor nor earthquake. Thank gawd. I've experienced a few tremors before in Malaysia but nothing of this scale in Japan which woke me up from my deep slumber. 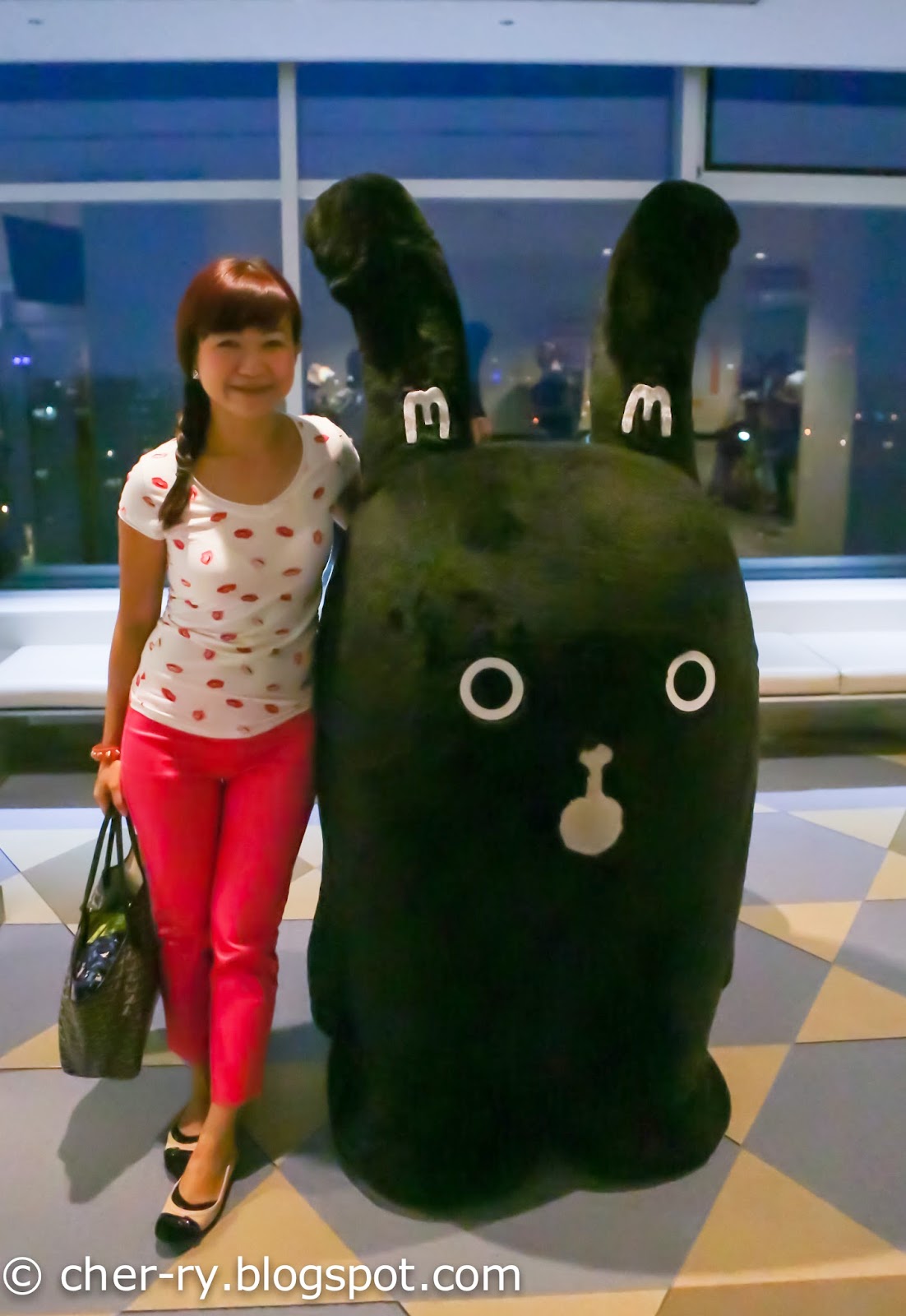 The mascot for Mount Moiwa...couldn't find his/her name...Japanese lurve mascots Almost every city has got their very own mascot and the most popular one has to be Kumamon the black bear with red cheeks for the city of Kumamoto.

At the top of the outdoor observatory, there is a bell which you could ring for eternal happiness. There is a building here with some souvenir shops and restaurants and a cafe. Do come here for sunset and when the nite falls upon Sapporo bcoz it's especially beautiful after sunset

Very nice article! I had just share this article on my travel site, I hope you don’t mind. This is a website that let bloggers or travelers to share some great articles or photos about travel, and indexed by attractions.

I know you love travel and write a lots of blog post about interesting places in the world, so I would like to invite you to join us and share more of your articles.

You can check the link below to find your articles on my site, if you don’t want me to share your articles, please tell me, I will remove it as soon as possible.

Have a great weekend!